Who ever thought one could literally use salt to spice up a space?

For interior designer Samuel Amoia and sculptor Fernando Mastrangelo, the concept was a no-brainer. 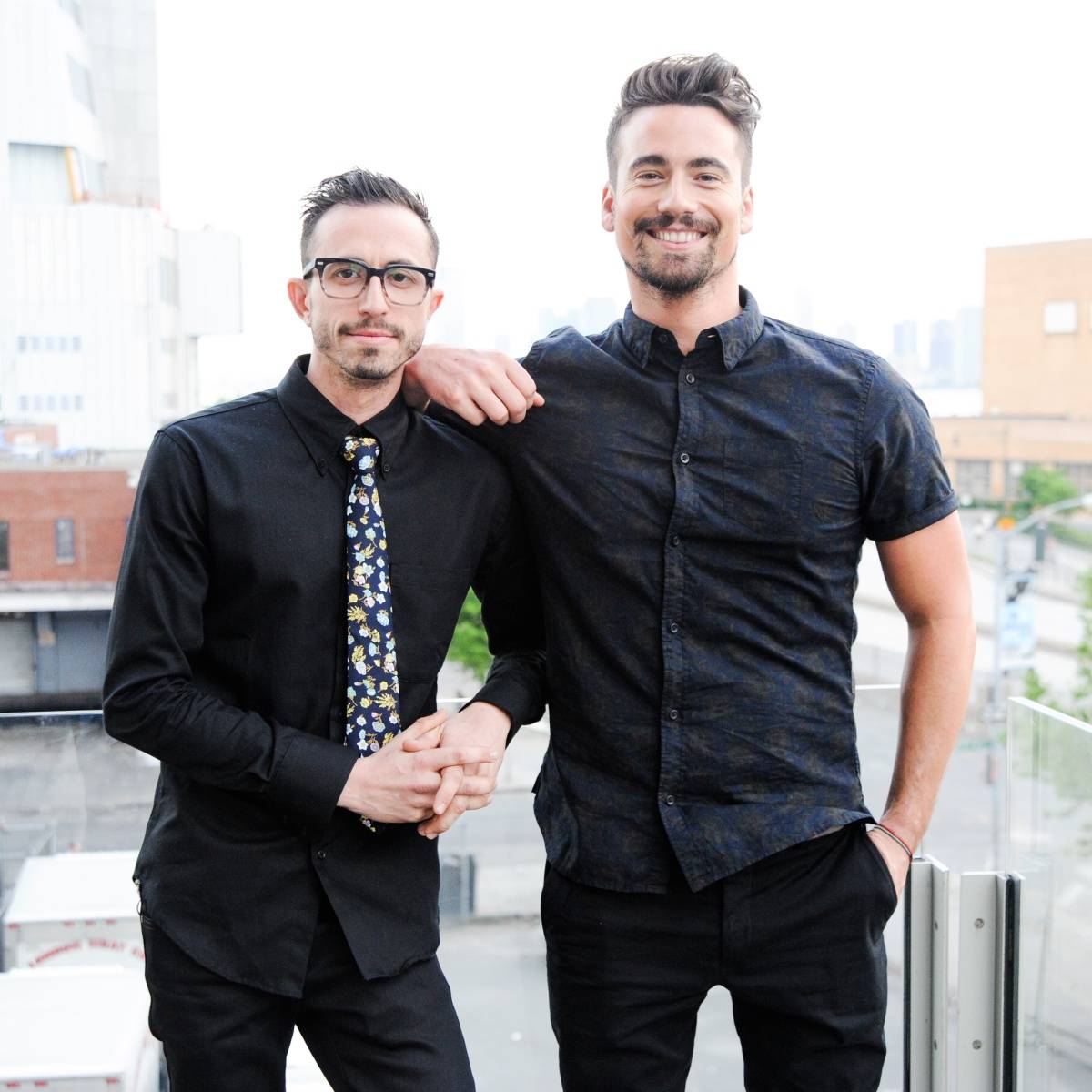 Both successful artists in their own right, the creative pair have managed to add an exciting, new "flavor profile" to the luxe home décor scene with their recent launch of AMMA Studio, an avant-garde furniture line featuring an assortment of pieces crafted using highly intriguing materials, such as BB pellets and Himalayan rock salt.

"We were inspired by nature and geometry to create organic and modern forms out of innovative and natural materials that have never been contextualized before in furniture design,” Amoia reveals. Among the collection's innovative furnishings are drums fabricated out of the natural crystalline substance topped with cement, amorphous tables made out of ground coffee, and skeletal mirrors embellished with brilliant borax crystals. 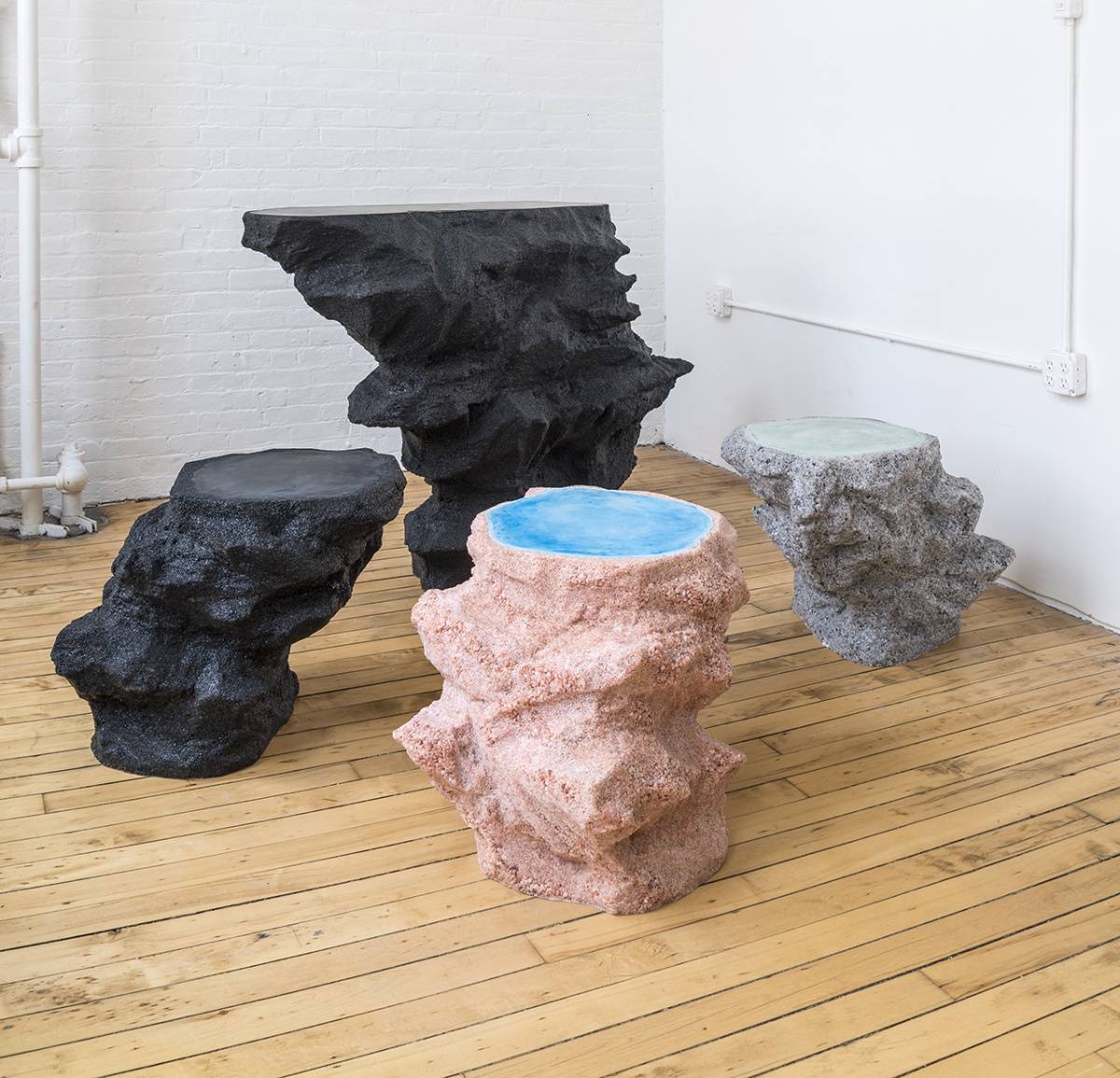 The two artists were first introduced to one another by Tali Jaffe—the executive editor of Cultured magazine—after she interviewed them separately for a feature story. She immediately recognized the blatant similarities in the two men’s design approaches and aesthetics, and eagerly suggested that they meet.

The crafters quickly hit it off and decided to collaborate on an organic-formed piece Amoia was looking to create for 1 Hotel & Homes, a brand dedicated to natural and simple living. Together they conceptualized a functional bar made of Himalayan rock salt and blue-dyed cement—an item that was featured in Amoia’s Elle Décor Showhouse during Art Basel. 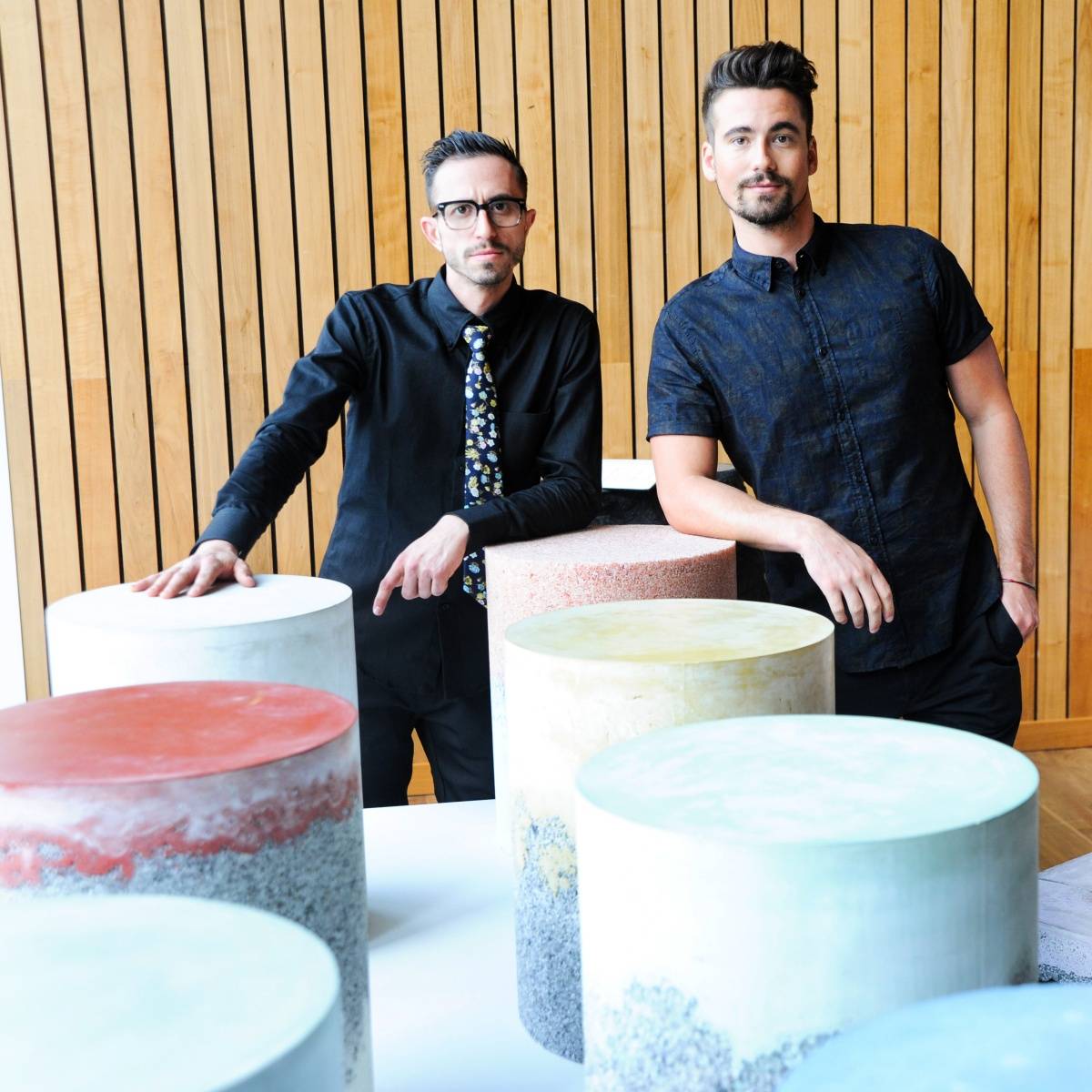 Ultimately, the work’s incredible success prompted its makers to ponder the creation of a full collection of products. Their vision quickly became a reality with AMMA’s official launch last February, and the creative firm’s subsequent debut of over 30 pieces just three months later.

“It was a very fast, but natural evolution,” Mastrangelo confesses. “I love making the pieces—you never really know what you’re going to get... [the collection] is truly a perfect combination of both Sam’s aesthetic and mine.” 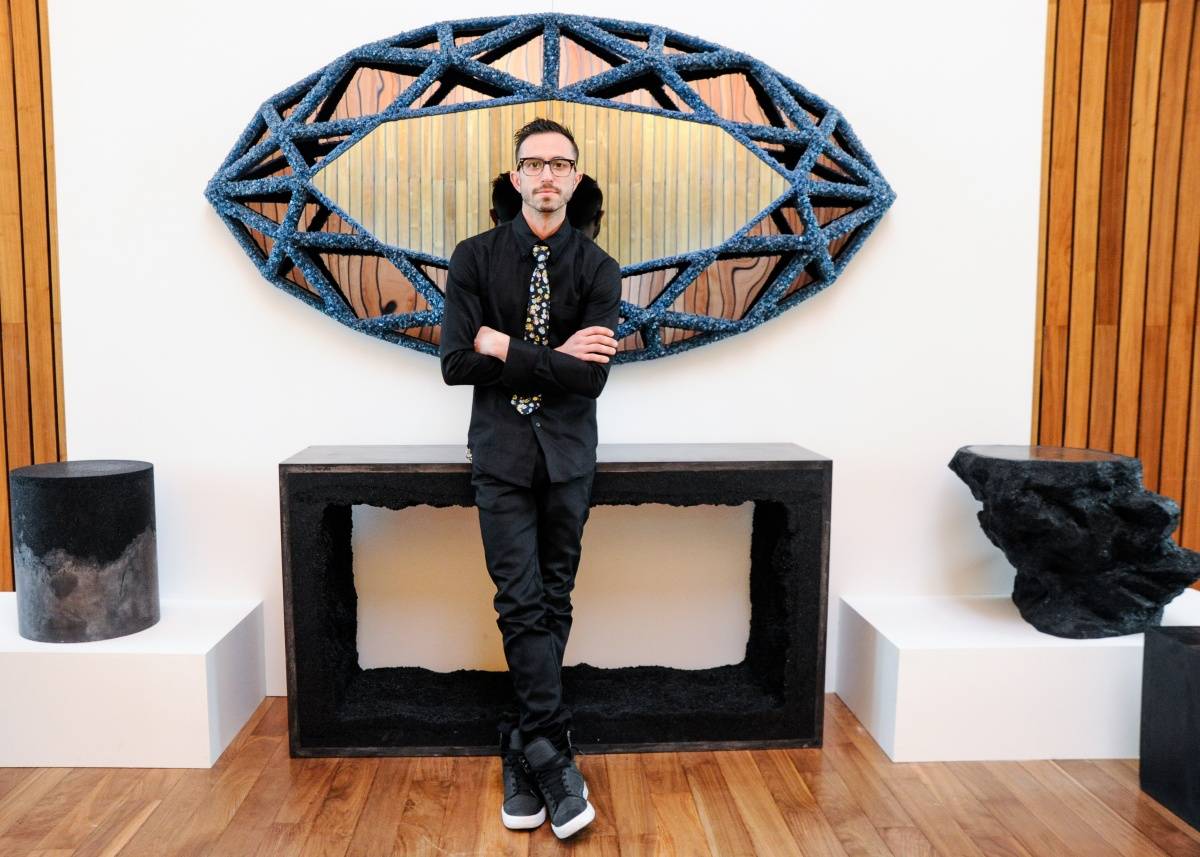 Fernando Mastrangelo in front of an AMMA borax crystal mirror and a black geode table; a Himalayan rock salt garden stool on his right, and an amorphous sand and cement table on his left

Though they speak the same design language, the two collaborators are fueled by separate motivations: while Amoia’s passion for interior design originated from his extensive international travel, Mastrangelo—who outlines his design philosophy in three points: content, form, and materials—is inspired by the pursuit of an aesthetic he can “feel,” but “often can’t describe in words.”

“A piece’s form must work in harmony with its concept, or else it will not be successful. It’s important to determine which materials are going to work best for the content and form of the piece, [so that they may] tie the entire work together conceptually and metaphorically, the sculptor explains. “When those three elements are fluid and balanced, there is perfect harmony in the work, and it becomes undeniable.” 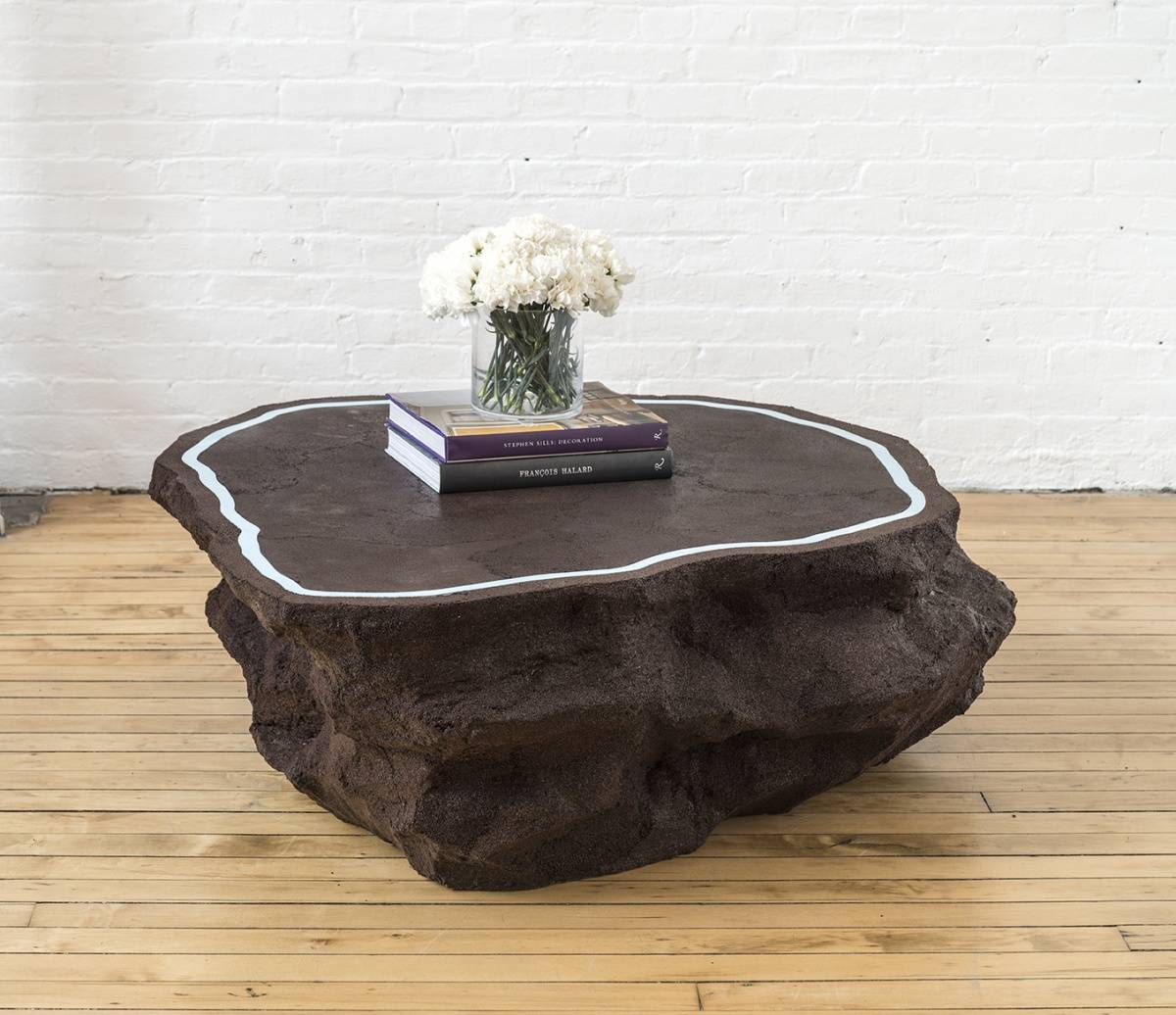 The handsome duo have a slew of projects in the works, including a 12,000-square-foot ground-up construction along the beach in Miami, for which the Studio is crafting custom sand-cast walls using sand harvested directly from the client’s backyard. AMMA is also in the process of outfitting a restaurant and a hotel penthouse and gym in the Floridian city, plus a Central Park South pied-a-terre and a Fifth Avenue apartment in New York.

“The best part about it all is that this is just the beginning,” says Amoia. “We are constantly growing and evolving and creating, and there is much more to come.” 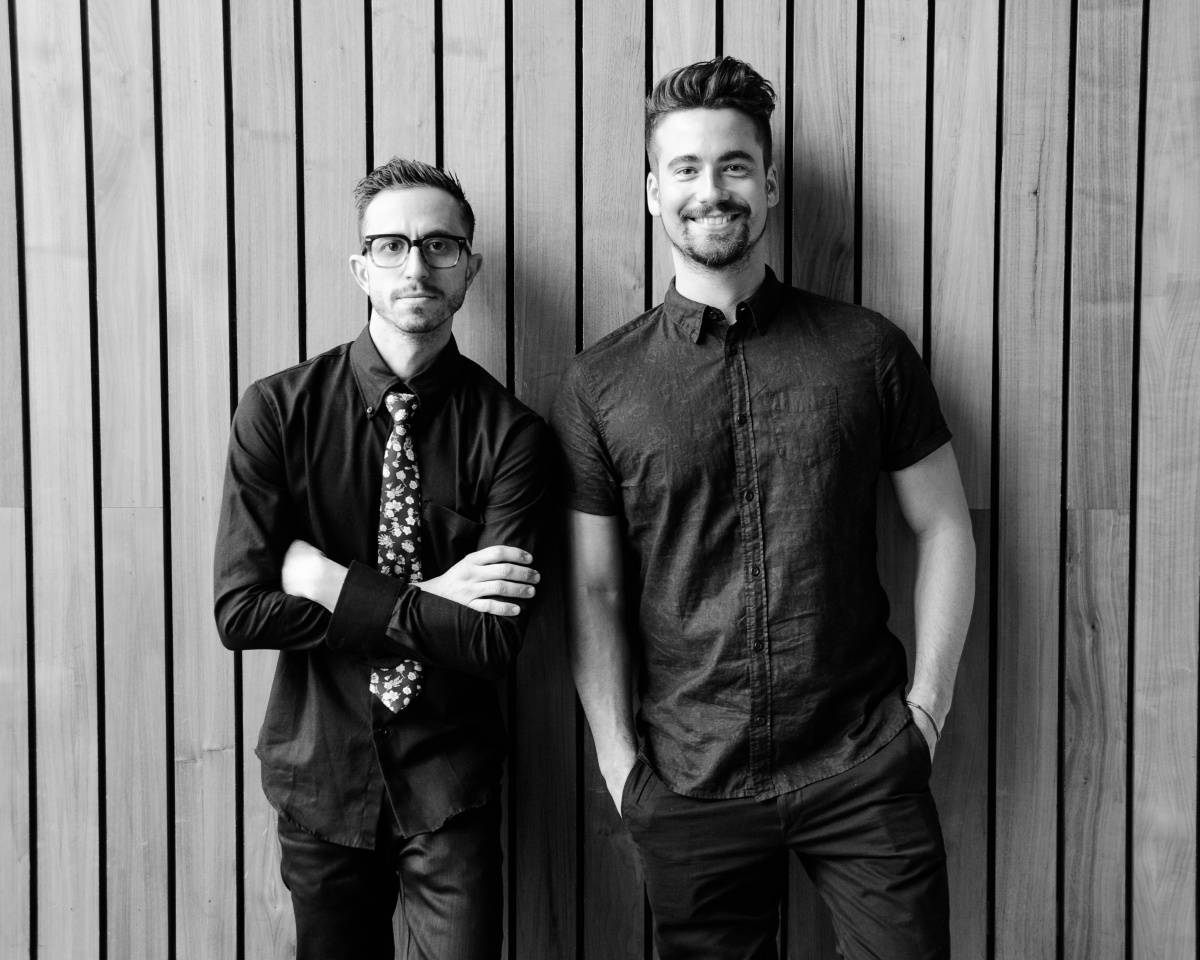