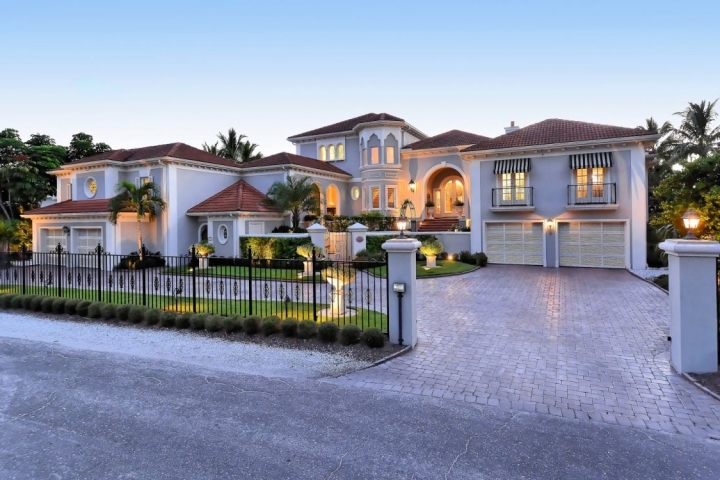 The Financial Crimes Enforcement Network announced a new strategy in crime-fighting: Track those who pay all cash for high-end residential real estate. According to USA Today, The FinCEN, a unit of the Treasury Department, will now require title insurance companies to identify the individuals behind companies who pay cash for expensive homes in Manhattan, New York, and Miami-Dade County, Florida, two areas that boom with such deals. Those of us who lack the means to do so can rest assured we've escaped the government's watch list.

Some criminals, who have adeptly acquired huge amounts of cash that they'd like to stash from the prying eyes of the IRS and law enforcement agencies, often hide it in mansions or high-rise condos––particularly in the luxury markets of Florida and New York City––and use anonymous LLCs and similar organizations to hide their identities from the government.

The New York Times reported that these shell corporations have served as no less than "safe deposit boxes for ill-gotten gains."

Of 32,050 sales of existing homes in Miami-Dade last year,1,176 were all-cash transactions of more than $1 million, according to the Miami Association of Realtors. Many buyers are from Latin American countries and have valid reasons for hiding their identity, says association CEO Teresa Kinney.

One case, in particular, was Paulo Octávio Alves Pereira, a Brazilian developer and politician who was indicted for corruption in his home country. The embezzler used a secretive Panamanian law firm, called Mossack Fonseca, to pay millions, cash-down, for his mansions. Other notorious individuals have employed these “towers of secrecy” for decades to park their funny money and rinse their dirty laundry.

“The guys who want to clean up dirty money are always going to try to penetrate the system at its weakest spot,” says Joe Kilmer, a former Drug Enforcement Administration special agent. “You’ve got so much real estate being bought and sold in South Florida. It’s easy to hide in plain sight.”

The new federal initiative that will require reporting of buyers of properties valued at more than $3 million may be the first sign that launderers are nearing the end of their game.

Between the federal crackdown on secret cash home deals and strengthening anti-money laundering rules around the world, criminals will have to find another place to stash their cash.

As Kinney told USA Today in January, "That's not what we want for our market."