Our friends at TopTenRealEstateDeals.com have rounded up a cool mix of noteworthy estates, from super basketball star LeBron James' Coconut Grove digs, to a jaw-dropping, tri-level contemporary on Golden Beach.

NBA star LeBron James' eye-popping Florida mansion is still up for grabs after hitting the market last fall, after the former Miami Heat player signed a two-year, $42 million contract and moved back to his hometown to play for the Cleveland Cavaliers. 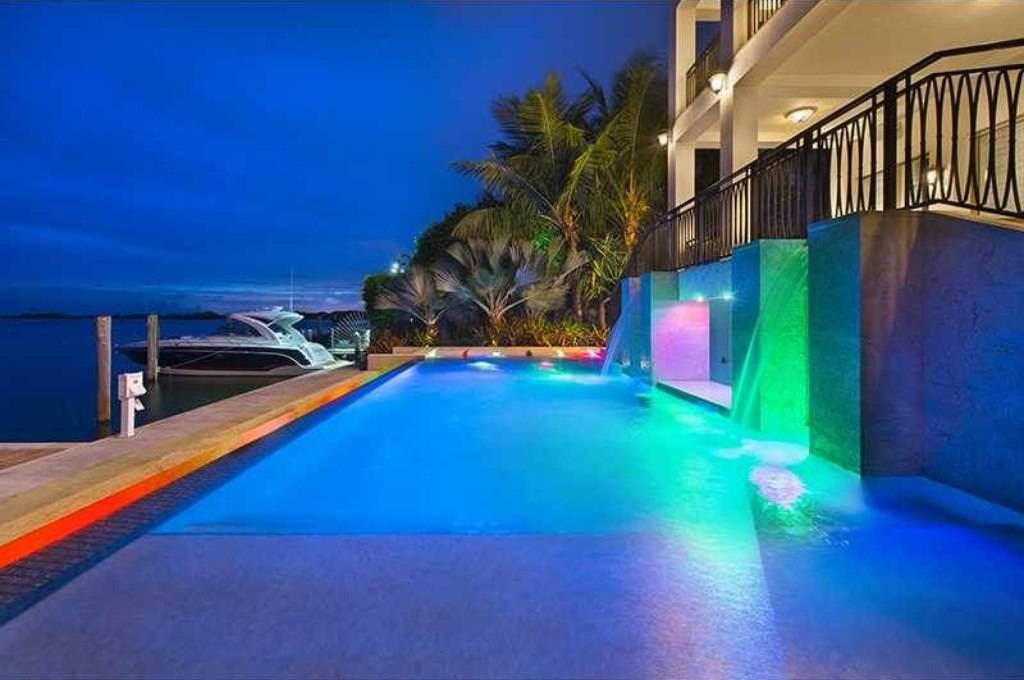 Apart from six bedrooms and nine baths, the waterfront, tropical mansion features a sizable kitchen, wine cellar, office, theater, and an oversized rooftop sun deck accessible via its posh master suite. Outside sits an infinity pool, an outdoor kitchen, and a boat dock large enough to accommodate two mega yachts, along with a detached guesthouse. Previously listed at $17 million, the 12,178-square-foot digs' price tag has recently been reduced to $15 million.

Sited on a high ridge overlooking Santa Barbara, this newly-constructed home—now asking $9.5 million—rests on a private 160-acre swath with views of the city, the Pacific Ocean, and the Santa Ynez Mountains. 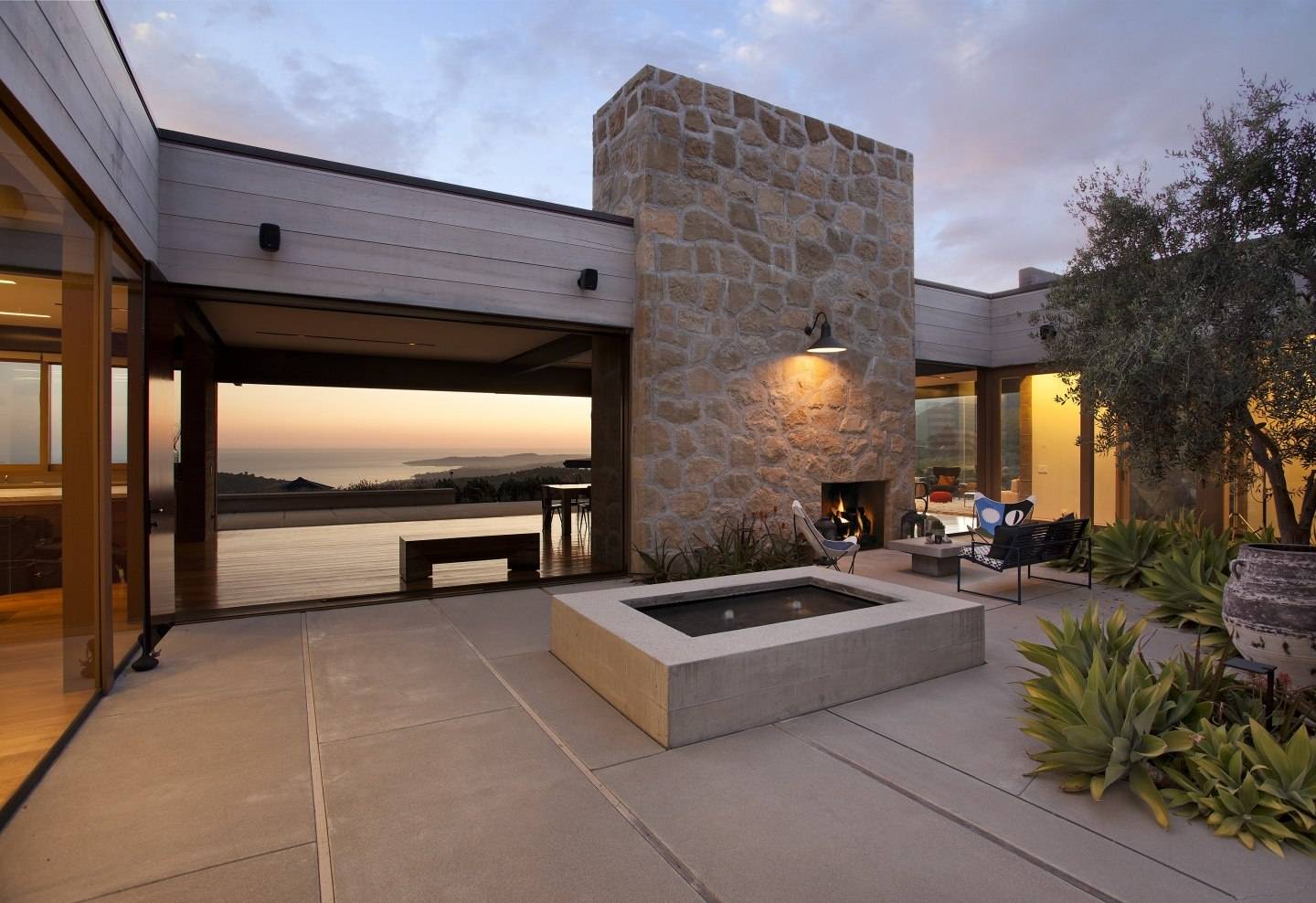 The home's custom-designed glass walls open its interior to 360-degree views and soft breezes, making it a peaceful retreat and a great stop for entertaining. Boasting 4,800 square feet of living space comprised of four bedrooms and five baths, the home is made up of four structures: the main house, a guesthouse, a pool cabana, and a walled utility yard. Its master bath features a Japanese-style soaking tub and steam shower, while it's chef's kitchen has two Miele dishwashers, a SubZero fridge and freezer, a wine cooler, and a Gaggenau oven. An infinity-edged pool with ocean views lies out back.

After being on and off the market for two years, the legendary rockstar's Soho duplex—originally listed at $42 million—has finally found a new owner: Austrian-American businessman Gerhard Andlinger, who picked up the fully-furnished pad for the discounted price of $37.5 million. 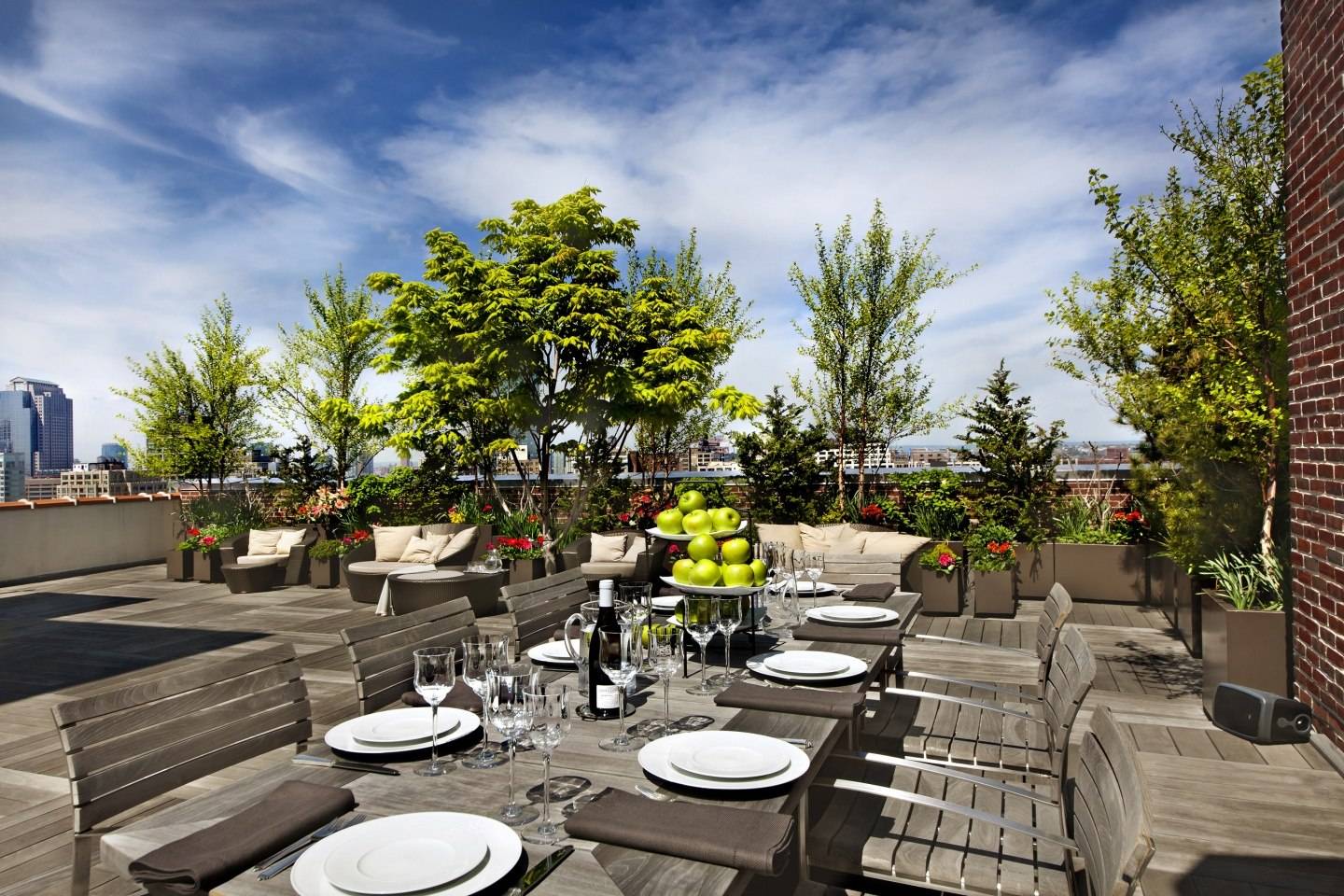 The 7,452-square-foot home features huge glass walls and terraces visible from nearly every room. Five bedrooms lie on the residence's first floor including its master bedroom, alongside a great room, a wood-burning fireplace, marble baths, a dining area, and a gourmet kitchen. Upstairs features a formal living and dining area, a second kitchen, a screening room, a guest suite, and a powder room, along with access to the abode's lushly-landscape terraces and panoramic views of the City.

One of 43 glass-and-steel buildings famed architect Pierre Koenig built over his storied career, the Henbest House in Rancho Palos Verdes is now on the market for $3.875 million. 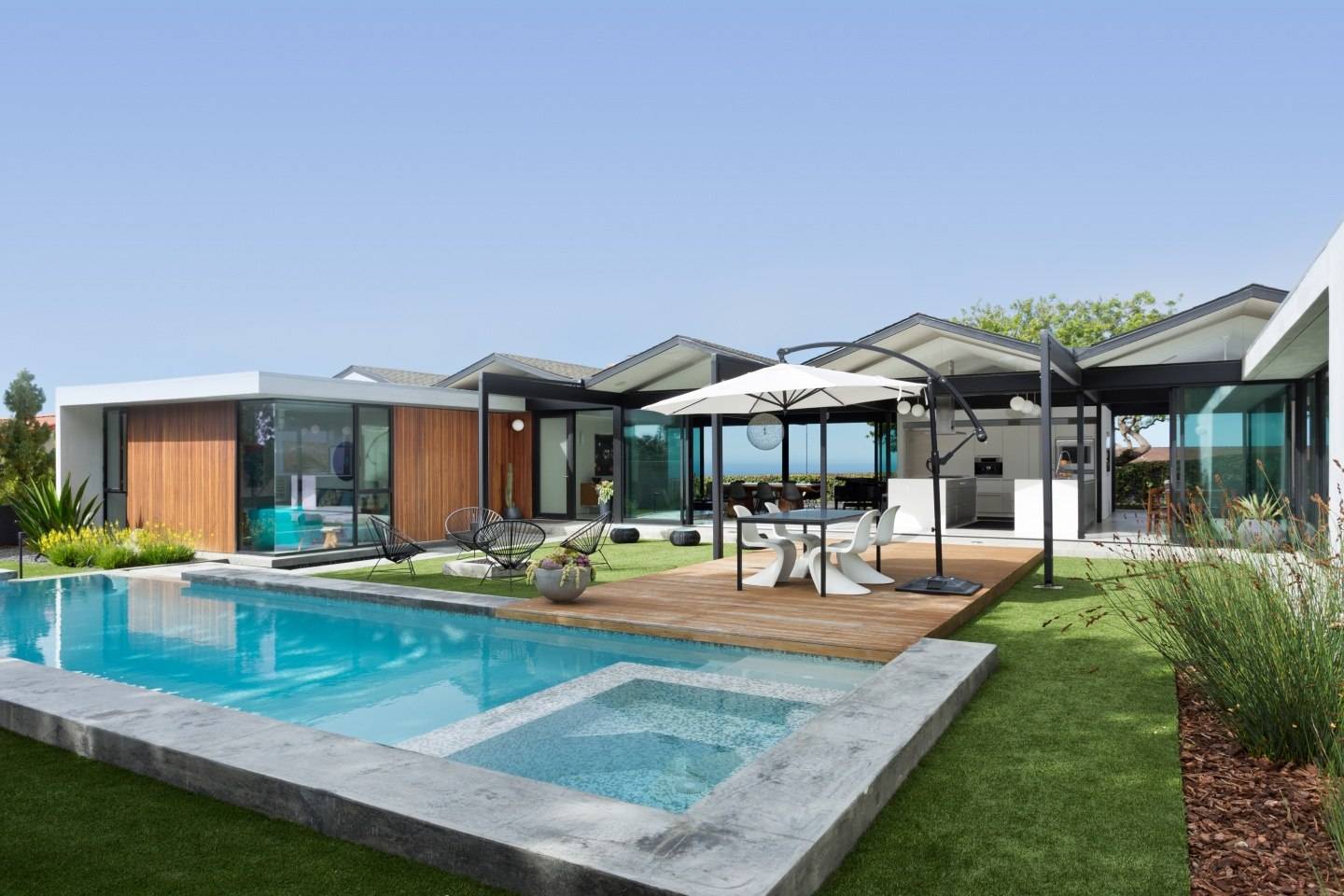 Measuring 3,270 square feet, the home consists of four bedrooms, four baths, an open floor plan that links the dining and family rooms with the kitchen, a living room, a den, an office, and a spa, not to mention several patios, a pool, and an attached two-car garage. New additions to the home by designer Robert Sweet—who also tore out interior walls and cabinetry in order to create a more free-flowing layout—include a second wing, a fountain entry, and a pool. 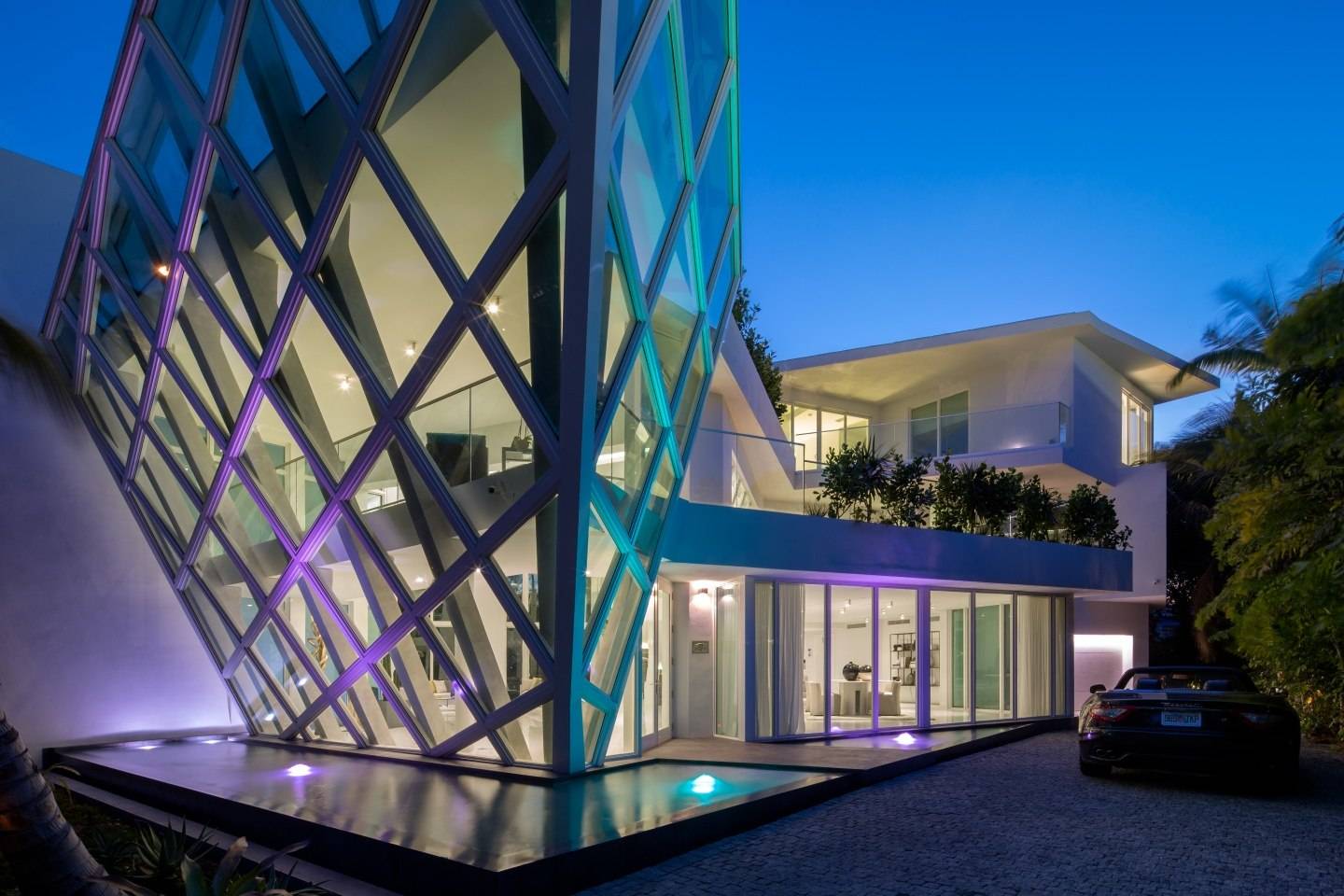 Along with six bedrooms and eight baths, it has two private balconies, along with Italian marble flooring and a 20-foot-high glass atrium and private elevator. Other notable spaces in the smart house include the Italian custom kitchen, as well as the in-house theater and room for an art gallery. A lap pool, cabana, hot tub, and an additional dining area can be found outside the never-lived-in home, along with an infinity-edged babbling pond, four terraces, and a two-car garage.