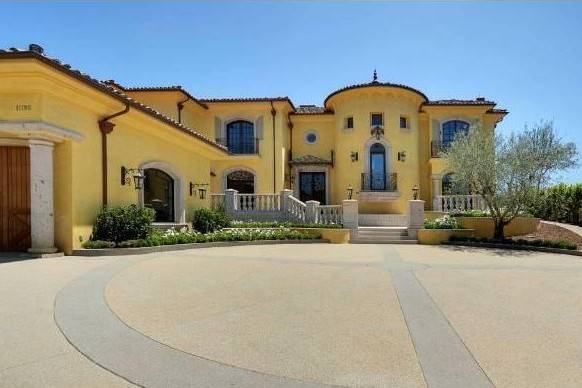 Since landing on the scene as an in-demand record producer for the likes of Jay Z and Alicia Keys, Kanye West has consistently proven that he has the Midas touch. His influence is mostly known in the worlds of music and fashion, but it seems that it also transcends to real estate because the home he and his wife Kim Kardashian purchased two years ago is now on the market for $11 million more than what they spent on it.

The Wests are selling the lavish mansion they moved into in 2013 for $20 million.

The heightened price isn’t just a result of Kanye, Kim, and baby North gracing the property with their presence. Realtor.com reports that while being the residence of pop culture royalty, the home did undergo “massive” renovations. It was gutted, while a basketball court, bowling alley, gym, movie theater, an indoor pool, and, of course, a glam room were added. The work, which is said to have been inspired by a trip to Versailles, cost the celebrity couple somewhere around $2 million. There were also four gold-plated toilets installed, which alone ran the Wests $750,000.

Though they invested time and money in making this home their dream home, the Wests weren’t happy in the end. One issue was that the property wasn’t big enough for the West-Kardashian clan, who eventually purchased another California home.

Kanye and Kim’s new 16,000-square-foot home is in Hidden Hills, California; sits on three acres; and features multiple pools, a couple of barbecue areas, a spacious entertaining pavilion, and vineyards.