The Toys "R" Us chain of toy stores has given magic to bright-eyed children the world over. Now, a near-magical Hamptons compound owned by the store's founder, Charles Lazarus, is going on the market for $13.5 million. 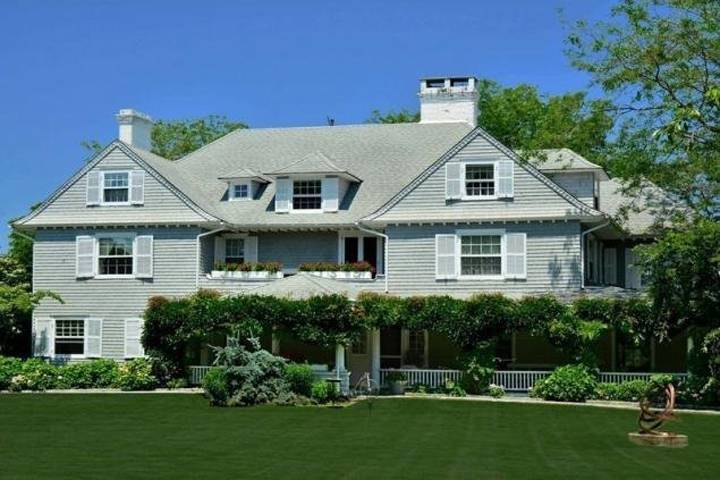 The gargantuan six-bedroom, eight-bathroom estate, located in Long Island's ritzy string of neighborhoods, is incredibly impressive and includes a professional croquet court with a viewing area, a massive pool, a guest house shaped like a lighthouse, and a lovely porch that juts out over Shinnecock Bay. "It's a beautiful compound for a large family," said listing broker Marcia Altman of Brown Harris Stevens, who declined to confirm the identity of her client. "It's very special."

The beautiful, 6,500-square-foot house boasts three stories and picturesque views of the bay, coffered ceilings, a formal dining room, french doors, and a large master wing with a balcony. The house also features incredible accommodations for guests. The light-house shaped guest house has a winding staircase that leads to a great space for entertaining.

Interestingly enough, the house is the second to exist on the site. The estate was rebuilt after the previous house burnt down when it was struck by a bold of lightning during an intense storm in the 1800s.

The now 92-year-old Charles Lazarus founded the toy brand in 1948 in the midst of the post-World War II baby boom. The company initially operated it out of his childhood home. The Toys "R" Us brand now has 730 international stores and owns the iconic New York toy store F.A.O. Schwarz. The flagship Toys "R" Us location in NYC's Times Square features a indoor ferris wheel and is one of the neighborhood's biggest attraction.

Photos and details courtesy of the NY Daily News