The Upper West Side Joins The Luxury Penthouse Wars

Massive luxurious penthouses are nothing new to New York. There are buildings in all corners of the city with picturesque homes that look like a princess’ Disney film setting. The neighborhoods that house them though seem to be battling it out for who can have the next top-shelf hotspot on the market. With the Woolworth Tower Residences’ Pinnacle downtown, the Plaza Hotel’s Castle in the Sky in Midtown, and tons of other in between, it’s a tough fight. Recently though, the Upper West Side seems to have joined the fray with a series of luxury penthouses like the one at The Laureate at 2150 Broadway, that’s sure to stand with the competition. 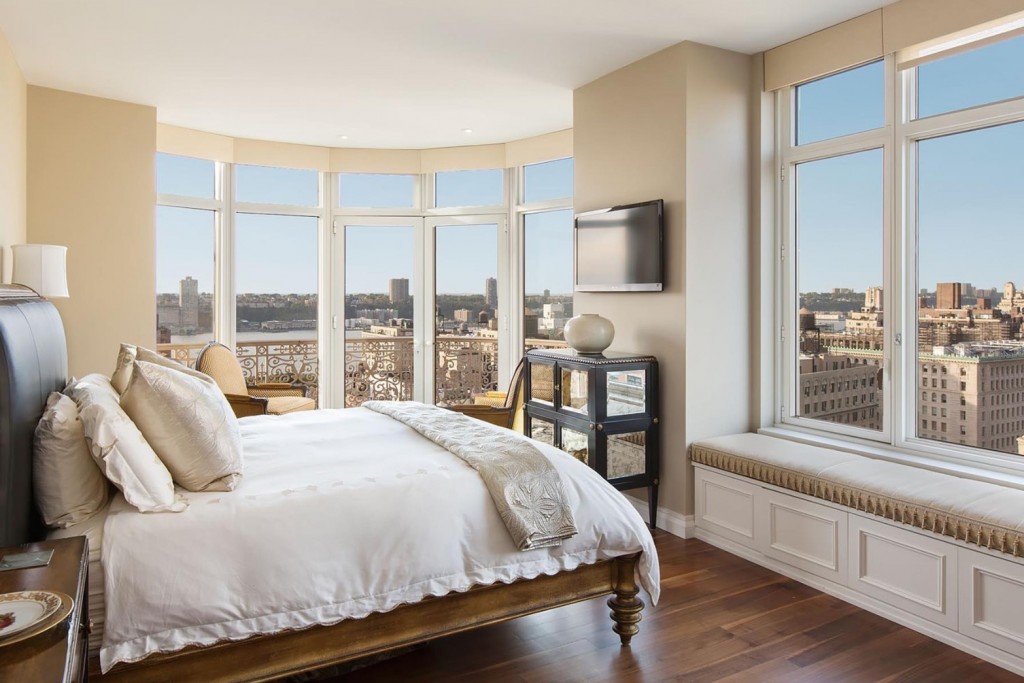 Penthouse 1A spans 6,300 square feet of space with five bedrooms and four and a half bathrooms. The home has the makings of all great penthouses with a luxurious balcony projecting beautiful views of the Park and bustling city downtown. Both the master bedroom and guestroom have ensuite bathrooms and balconies and the home is full of custom touches like built ins and units perfect to make this property feel like home instantly. 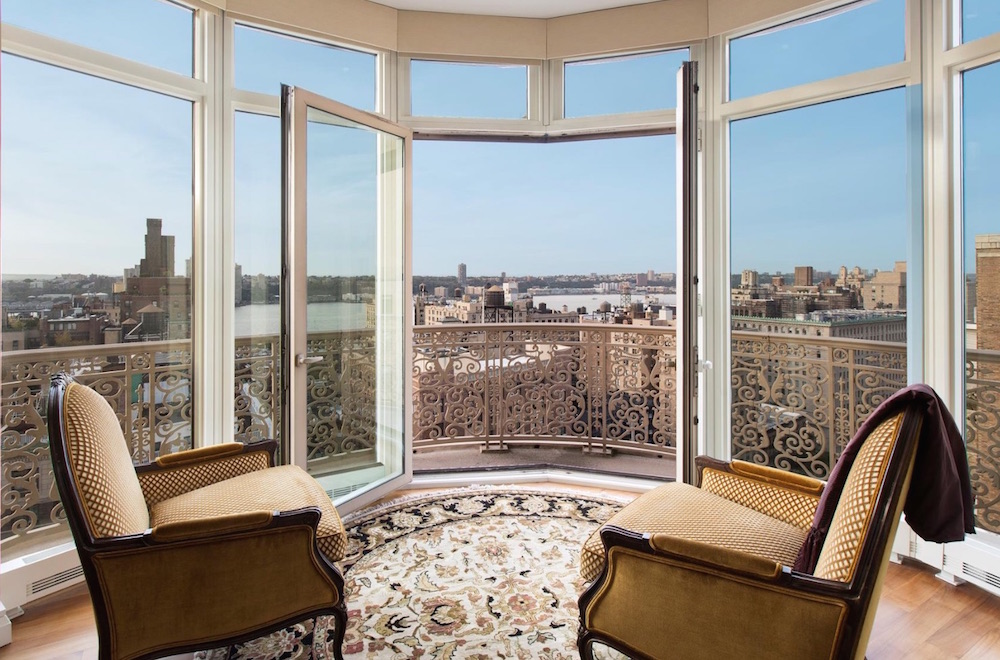 The building is also unique in its classic touches, brought to the modern day, like a gas fireplace and electric shades to provide a cozy comfort for the coming winter months. 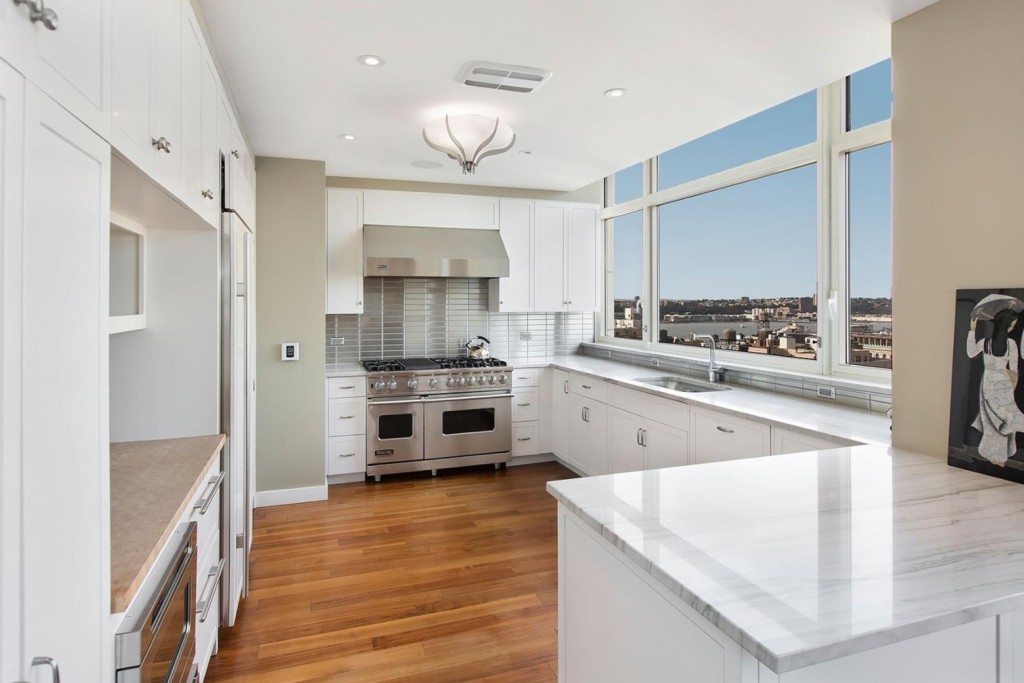 Just off 75th Street and Broadway, the penthouse is also at a great location between restaurants, transportation, museums, and Central Park. While downtown gets claustrophobic the second one steps outside, the Upper West Side offers a welcomed reprieve from the hustle of the city with wider sidewalks, less crowded streets, and the open spaces of the park only a few steps away. While the neighborhood may not have the next hyper-trendy restaurant, it excels in staples of classic New York delights with some of the best bagels, delicatessens, and appetizing restaurants like Zabar’s and Barney Greengrass, in the city if not the East Coast. 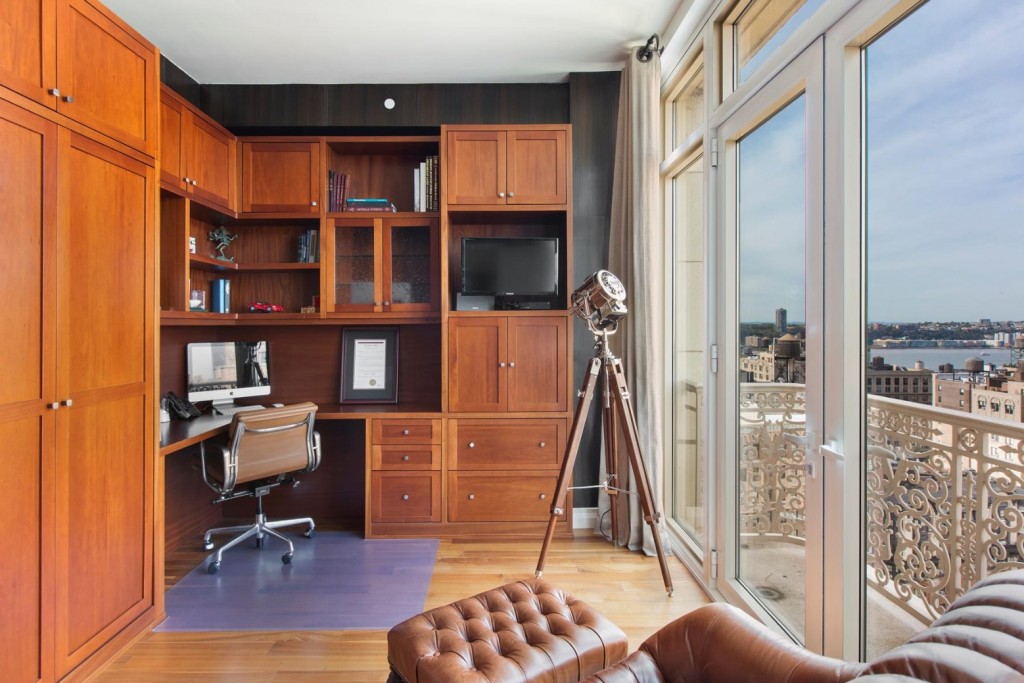