At UC Berkeley, a pavilion named "Bloom" has become the first and largest 3D-printed structure to employ powder-based cement as its chief building material. The project—which debuted on March 6—was spearheaded by Ronald Rael, an associate professor of architecture at Berkeley's College of Environmental Design (CED), and a team of four CED graduate students. 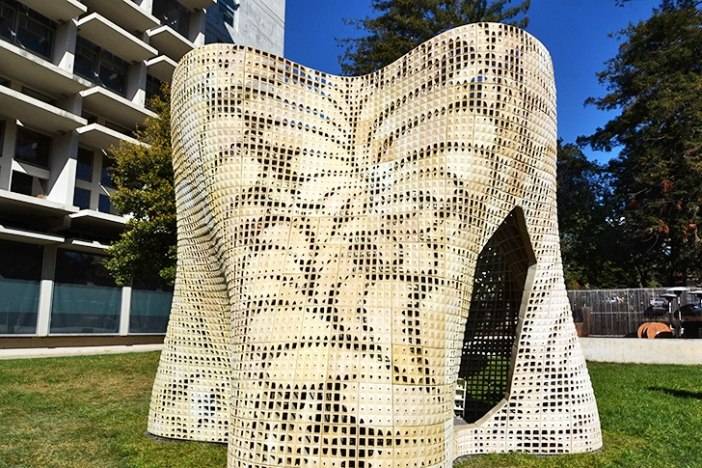 "Bloom" is notable for its use of an iron oxide-free Portland cement developed by Rael, which allowed him to make important headway in the utility of 3D printing. Normally a complicated and costly process, 3D printing became quick and cost effective when applied to Rael's polymer-cement formulation. 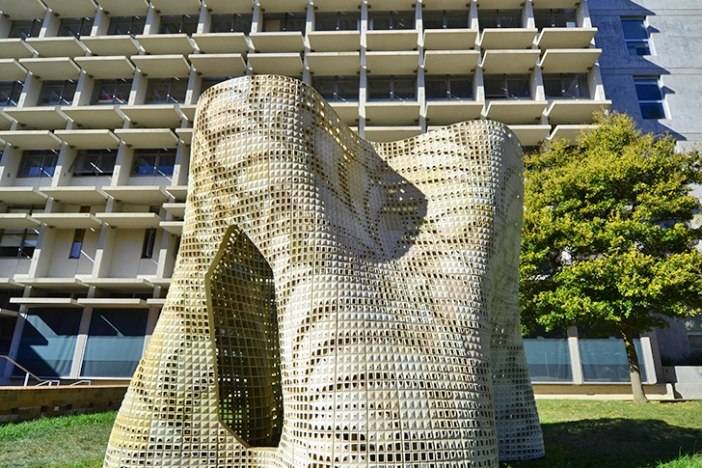 “While there are a handful of people currently experimenting with printing 3-D architecture, only a few are looking at 3-D printing with cement-based materials, and all are extruding wet cement through a nozzle to produce rough panels,” Rael told UC Berkeley. “We are mixing polymers with cement and fibers to produce very strong, lightweight, high-resolution parts on readily available equipment; it’s a very precise, yet frugal technique. This project is the genesis of a realistic, marketable process with the potential to transform the way we think about building a structure.” 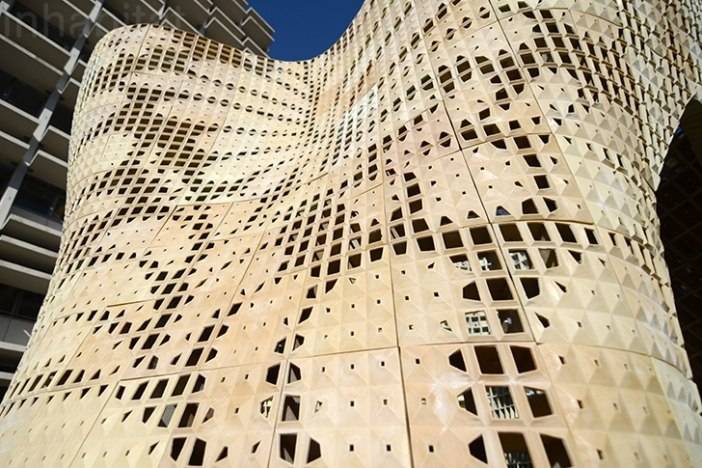 With a footprint approximately 12 feet by 12 feet, the structure consists of 840 custom cement blocks that are durable, but intricate. They work in unison to produce images of flowers on Bloom's facade, hence its moniker. The delicate assembly allows light to permeate the pavilion in an attractive glowing effect. 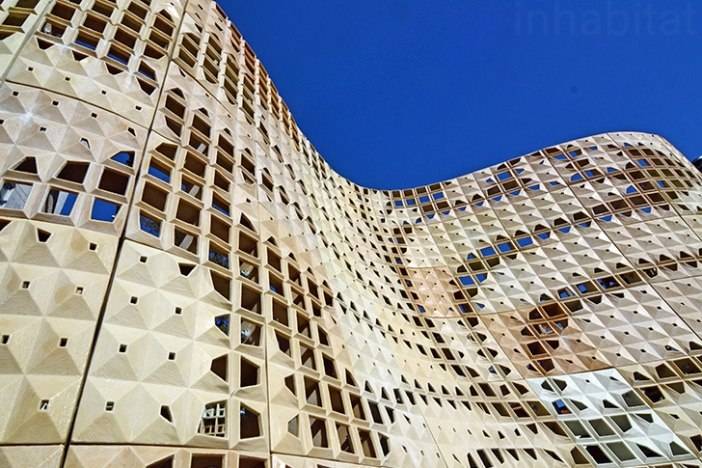 Thailand's Siam Cement Group provided the cement, while additional materials came from Emerging Objects and Entropy Resins. After its debut, "Bloom" was disassembled and readied for shipment to Thailand, where it will be displayed for several months before beginning a global tour.