For those all those who’ve ever fantasized what it’d be like to live the life of the ever-fabulous J. Lo, a piece of the dream is now up for grabs, with the pop powerhouse having recently listed her 17,129-square-foot estate, nestled on three acres in the guarded Los Angeles enclave of Hidden Hills (home to countless other celebs, from Kim Kardashian and Kanye West, to Jessica Simpson). 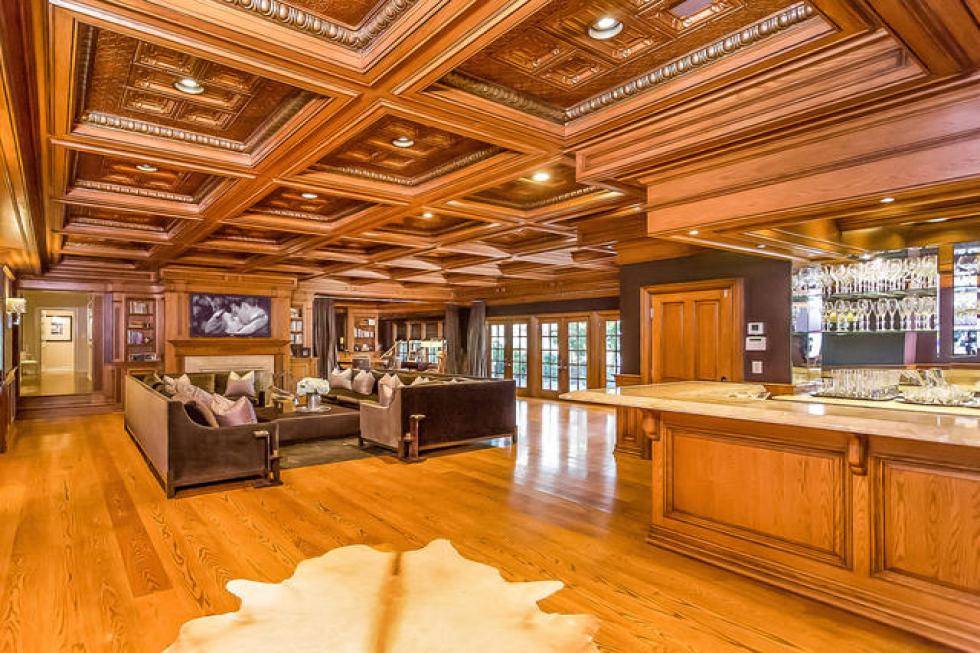 Comprised of nine bedrooms and 13 baths, the massive home—now asking $17 million—features a master suite with its own fireplace-equipped sitting room, private stone terrace, and two walk-in closets (including one measuring in at 350 square feet). The house’s main wing contains formal rooms, a large eat-in kitchen with marble countertops, and a butler’s pantry, while the entertainment pavilion consists of a 20-seat movie theater, professional-grade recording studio (complete with a soundproof booth), a dance studio/gym with an adjoining kitchenette and laundry room, not to mention an au pair suite.

To boot, there’s a dressing room that serves as an extra wardrobe, as well as a massage salon. All of the well-appointed spaces open to a pool, spa, and outdoor kitchen terrace via French doors.

An erstwhile art workshop founded by sculptors Lynn and Jack Kearney, this three-story building in Chicago’s Lincoln Park—presently priced at $9.25 million—was transformed into a contemporary mansion spanning 9,200 square feet back in 2011. 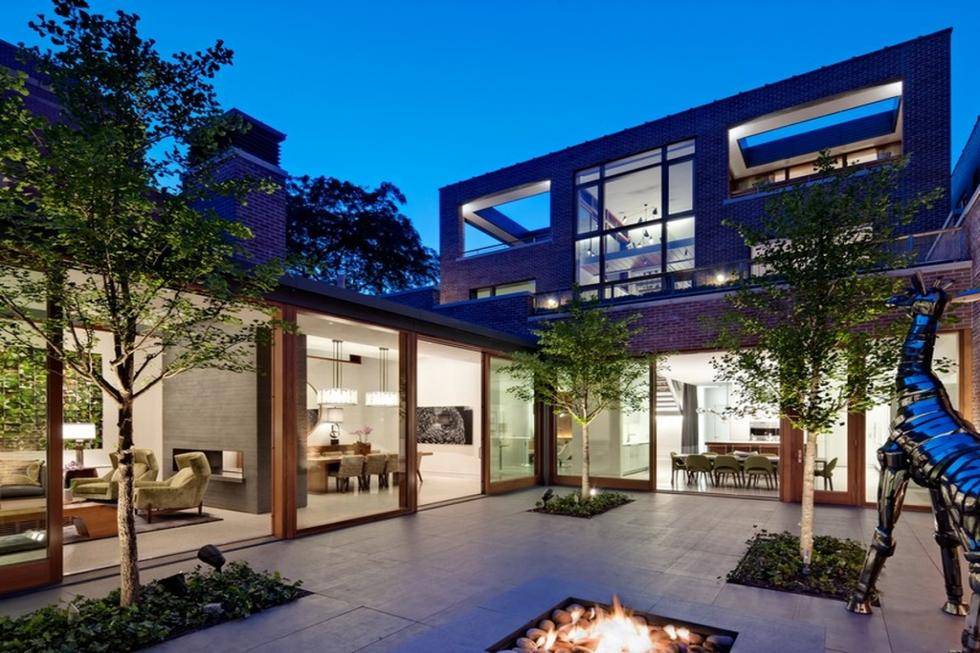 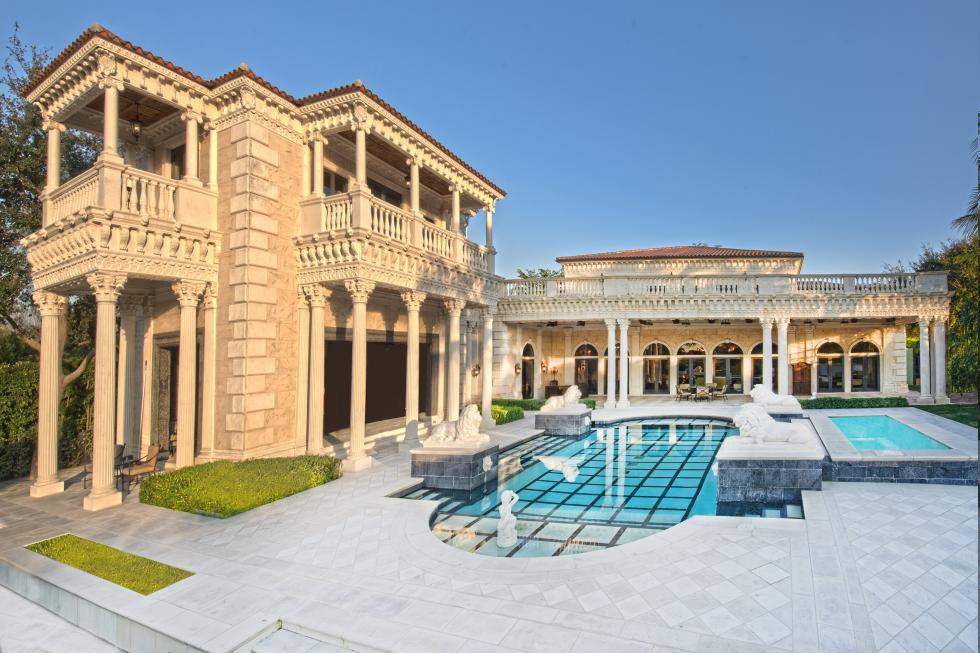 Dubbed “Palazzo Grande,” the 16-000-square-foot abode—listed at $30 million—houses six bedrooms and eight baths, plus a ballroom, billiards room, den, library, gym, and a kitchen with limestone walls, cherry cabinets, granite countertops, two Sub-Zero fridges, a pair of Bosch dishwashers, and a 60-inch Wolf range. A pool and a tennis court also lie outside.

Positioned on just over a half acre of land on the 13th fairway of Indian Canyons Golf Resort in Palm Springs, this 5,471-square-foot residence—originally built for venture capitalist Jerome Factor in 1969—is the epitome of mid-century modern architecture. 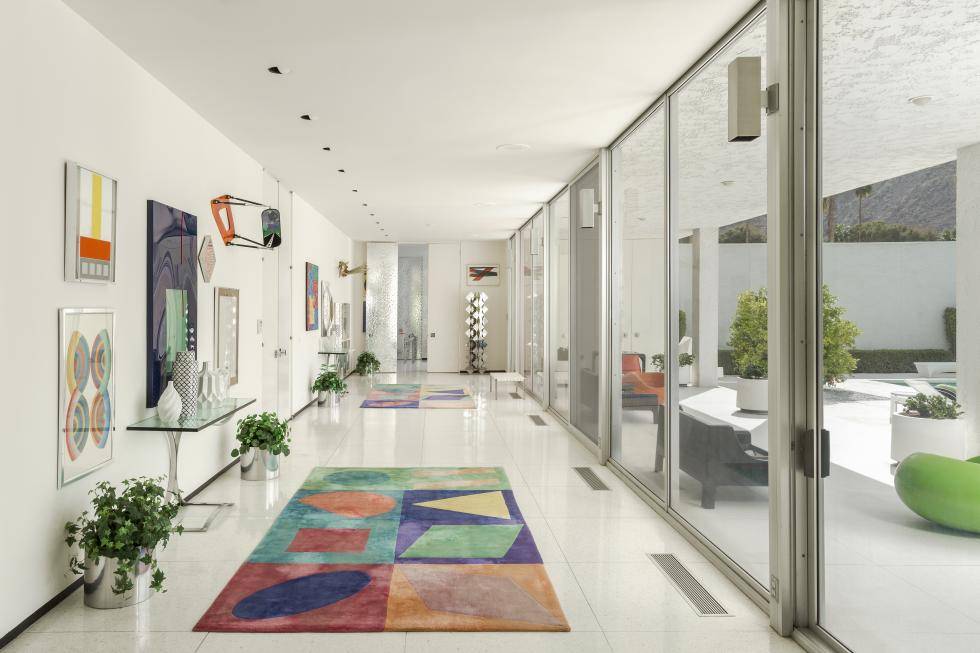 Currently being touted for $3.45 million (furnishings and art included), the house showcases a private master suite with opaque sliding doors, a lounge, and his-and-her baths with walk-in closets and a steam shower. There’s also a guest suite/media room and staff quarters, with all of the home’s primary spaces featuring direct access to the walled wraparound, south-facing courtyard with a private pool and spa that can be covered and transformed into a platform for dancing (or for hosting a sit-down dinner with up to 300 guests). 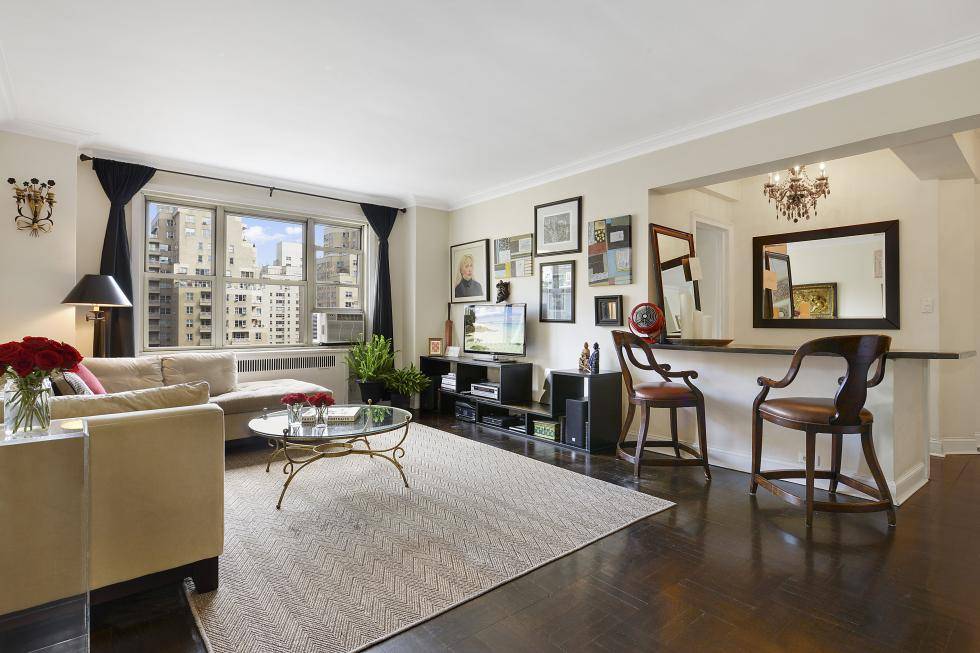 One of the fine cooperative’s apartments is now on the market for $2.3 million: a two-bedroom, two-bath spread peppered with modern updates, designed and owned by Calvin Klein creative director Francisco Costa. Noteworthy finishes of the dwelling include ash-blond, custom-made herringbone floors; new moldings and custom heating enclosures; antique hardware; phantom doors for hidden spaces; and a sound system with built-in speakers.