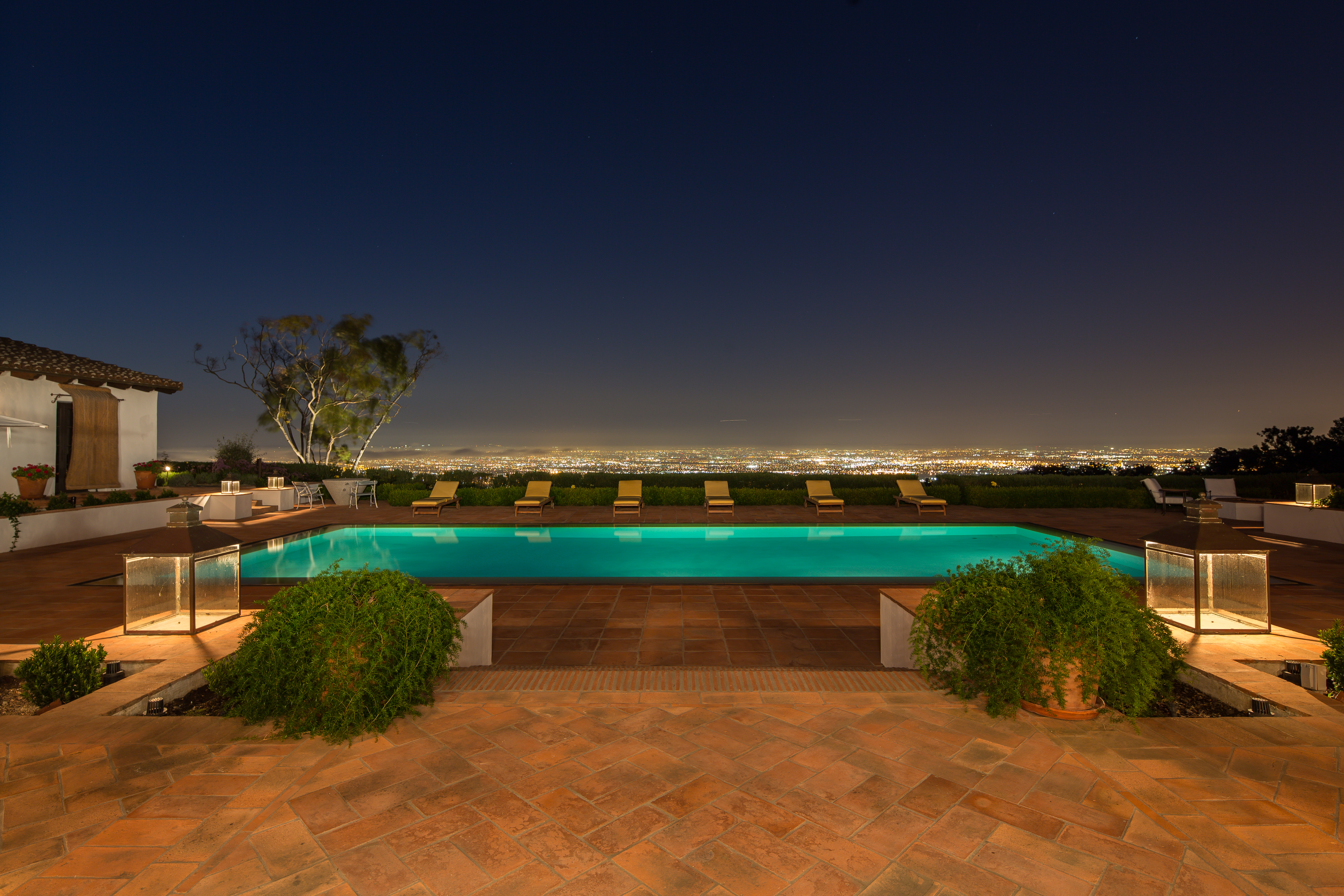 Located high in the gated city of Rolling Hills, California, in the Palos Verdes Hills southwest of downtown Los Angeles, the estate itself can be considered a destination.  From its high perch, views encompass the Pacific, Hollywood Hills, West Side, The San Gabriel Mountains and the lights of downtown LA.  Incorporated in 1957, the entire city is securely gated with 24-hour entry guards and multiple property surveillance cameras and breach sensors. Since it is the 21st richest address in the United States, the ultra wealthy can live with peace of mind.  The city itself maintains a spacious ranch-like ambiance with no stoplights, wide spaces between homes and convenient riding paths along the streets. 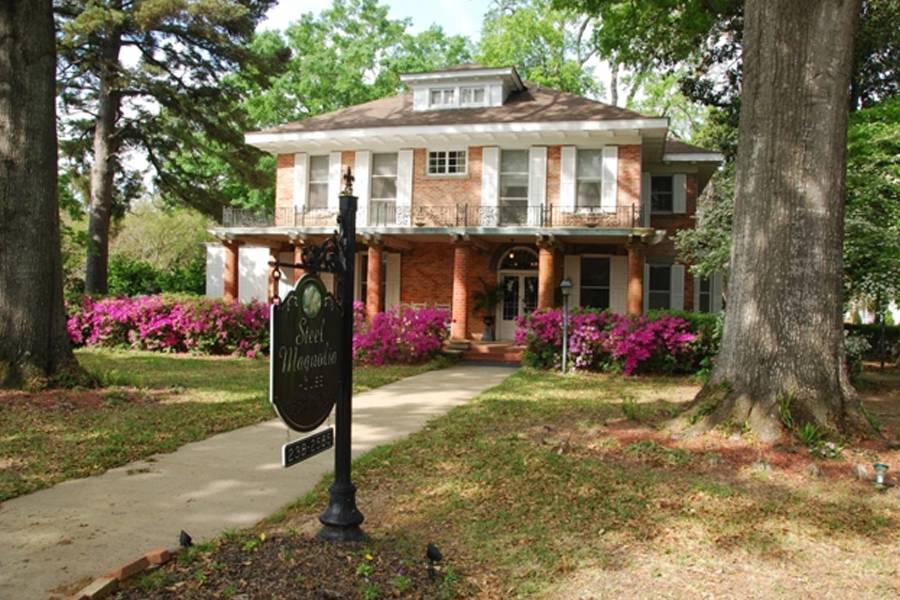 Now going up for auction is this beautiful movie set home in Natchitoches, Louisiana, that was built in 1840 and was used as a hospital during the Civil War. Much like the theme of the movie, it is a home that looks gentle on the outside with its inviting columned front porch, lawns and bowers of blooming shrubbery. However on closer inspection, notice that the columns are not the usual wood that must be replaced over the years, instead they are built of brick, indicating strength and permanence. With over 5,900 square feet of living space, the home has six bedrooms, six baths, the proverbial grand staircase and is filled with antiques and furnishings that are also for sale.  Wood floors are original and there are many fireplaces throughout the house. Outside is a separate three-car garage with an 800 square foot guest apartment above, a patio, privately fenced swimming pool and a side entrance drive-thru with portico over the entrance. 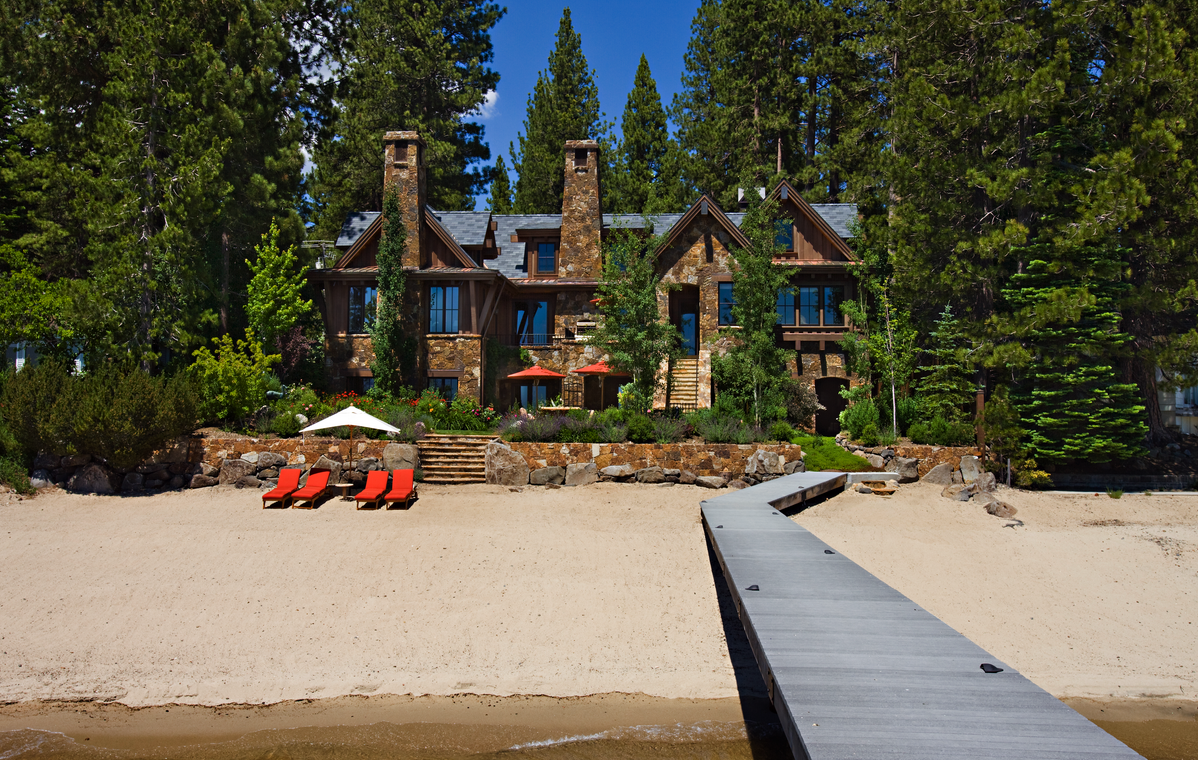 The $19,750,000 sale of Stonegate Estate has set the record for the highest sale in Incline Village in 2013.  Obama White House designer Michael S. Smith, turned his talent to this five bedroom, 10 bath estate that was completed in country lodge decor in 2006.  Warm and inviting, yet very sophisticated, design elements were centered around four main building materials: Natural flooring mined in Colorado, Jerusalem gold granite, southern yellow reclaimed vertical pine and wrought iron. Smith’s belief that the beauty is in the details shows throughout in pride of craftsmanship. The 10,000 square foot home was named Stonegate for its carefully constructed exterior granite stonework. 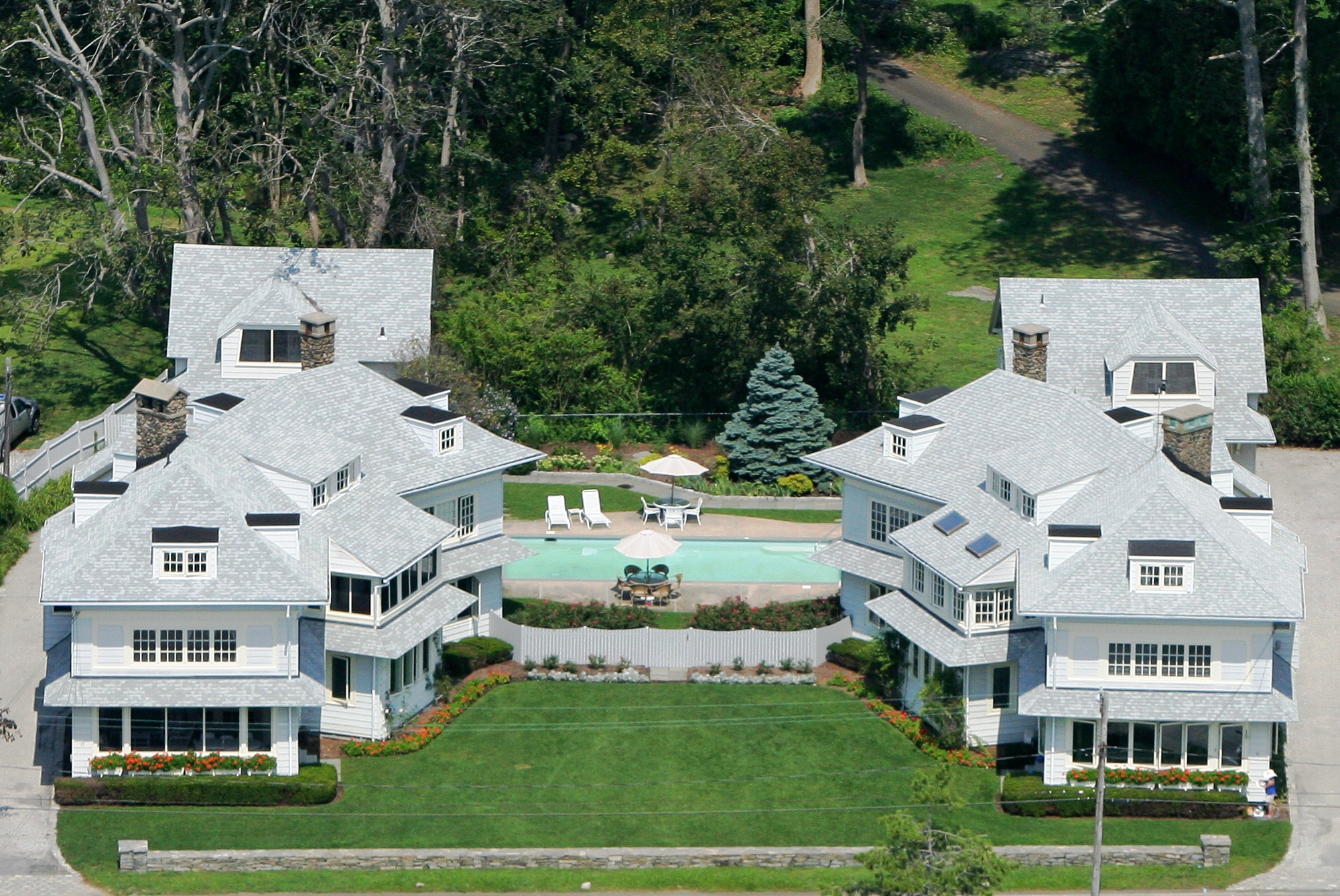 Herbert C. Wise, the architect who designed these twin cottages at the edge of Long Island Sound, was a multi-talented individual. He was the founding editor of “House and Garden” magazine in 1901.  In 1905, he moved to Boston, Massachusetts in order to edit and publish yet another architectural magazine, “Indoors and Out.”  From 1908 until 1916, he had his own architectural design firm, then went back to work for the Day and Klauder firm. In 1917, he designed the first of these three story homes with its carriage house and the plan was then flipped over to create the second one as a mirror image. This compound has been in the same family for 85 years. They purchased the first of the twins in 1930 and some years later bought the second one.  In 1957, the home next door, a tennis court and another lot next to it became available and was added to the original property. Now with 21 bedrooms and additional space in the two carriage houses for guest spill over or staff, the compound is perfect for multiple generations and extended family and friends to enjoy summers by the water. The twin houses are curved to accommodate water views from practically every room. 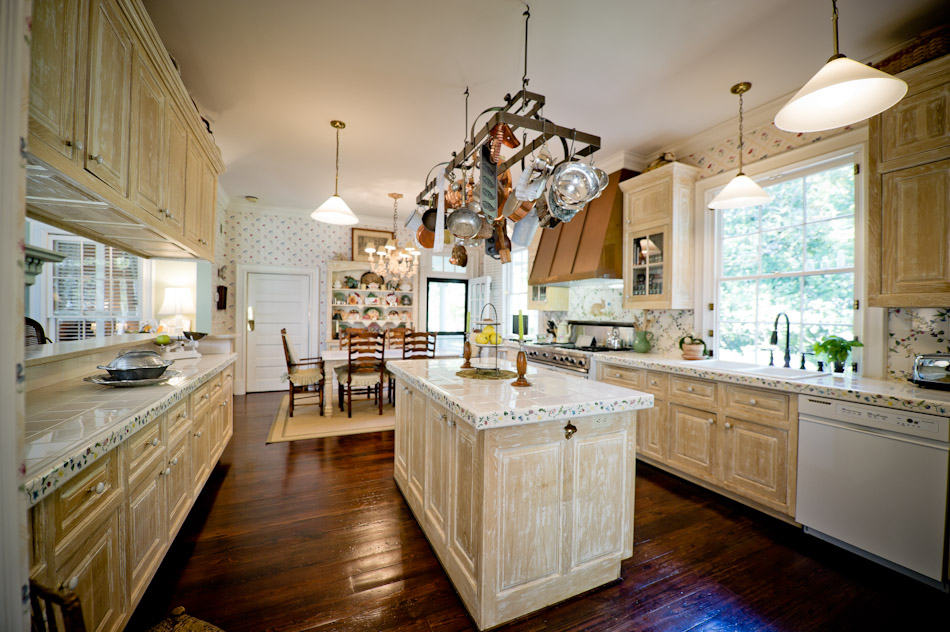 Built in 1840 and moved in 1864, it’s the classic southern plantation house with the breezy wraparound porch to sit on a summer evening with a cool drink.  Totally restored to its original elegance, the home now sits on 46 acres of green pastures and riding rings cordoned off by white equestrian fencing along with a horse owner’s six stall dream stable. Also on the grounds are a swimming pool and large pecan grove.

Located in the city of Monticello, listed on the National Registry Of Historic Places and 50 minutes from Atlanta, the 5,702 square foot home consists of five bedrooms and six baths.

Opening to a wide central hall, large open parlors are to the right and left. In addition are a library, a basement game room and large chef’s kitchen. Fireplaces are located in every major room including the master bath.