This $100 Million Penthouse is No Longer on the Market 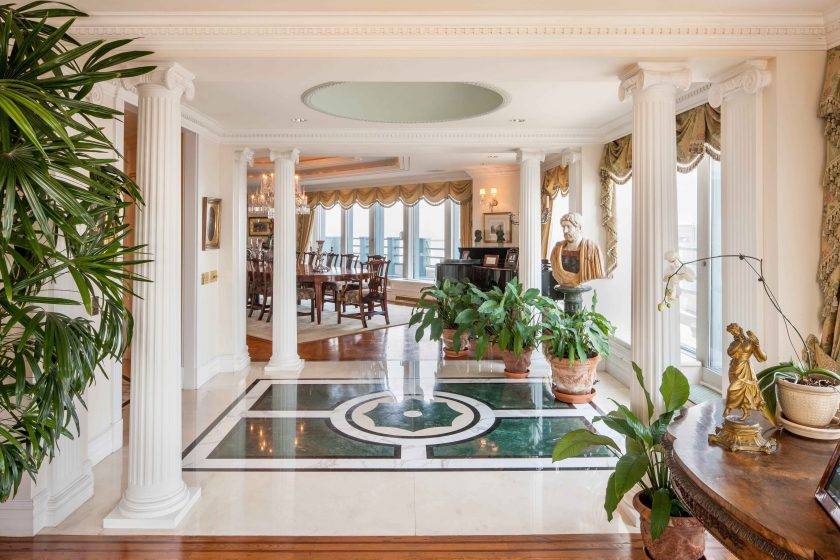 Those who were ever interested in adding the “highest terraced residence in the nation” to their collection of homes have officially missed their chance.

The six-bedroom, nine-bathroom triplex penthouse that was being offered for $100 million has now been taken off of the market.

Located at 150 West 56th Street, the luxury pad, which takes up the 73rd, 74th, and 75th floors of the City Spire Center, had been on the market for over two years, and boasts 360-degree panoramic views of New York City landmarks like Central Park and the Empire State Building.

Throughout the three floors there is a private elevator, interiors designed by the renown Juan Pablo Molyneux, a wine cellar, multiple wrap terraces, a separate maid quarters, and floor-to-ceiling windows. There is also 3,000 square feet of additional outdoor space.

The 8,000-square-foot home is currently owned by Long Island real estate developer Steven Klar, who purchased it over 20 years ago for only $4.5 million.

The City Spire Center building offers amenities such as an indoor pool, a health club, a concierge, valet parking, and a 24-hour doorman.