Move over sad beanbag chairs. The children‘s playroom has evolved from a sorry space with a bright carpet and a few blocks to a totally over-the-top space designed by some of the most accomplished names in the children‘s design world. From custom dioramas to slides and LEGO walls, these incredible spaces are imaginative, educational, experiential and most importantly, fun. One might say they could rival a kid’s own bedroom. 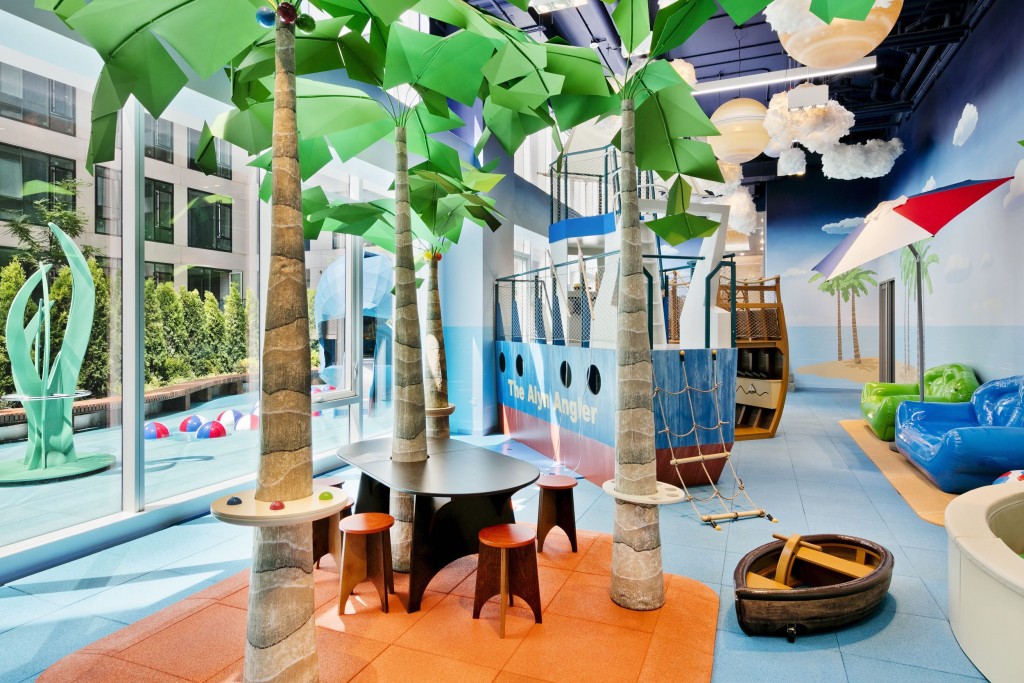 Featuring 2,400 square feet of indoor and outdoor play space, the playroom at The Alyn lets children explore two interlocking ships, jungle palm trees, castles, slides, sprinklers, playboats, and planetary ceilings, encouraging the soaring of their imaginations. With The Alyn’s location on the Upper East Side, incorporating family-focused amenities was a top priority for the developer, Gordon Property Group. The playroom provides endless opportunities for playing, interacting and learning, and incorporates a wealth of interactive features for babies, toddlers, and kids. 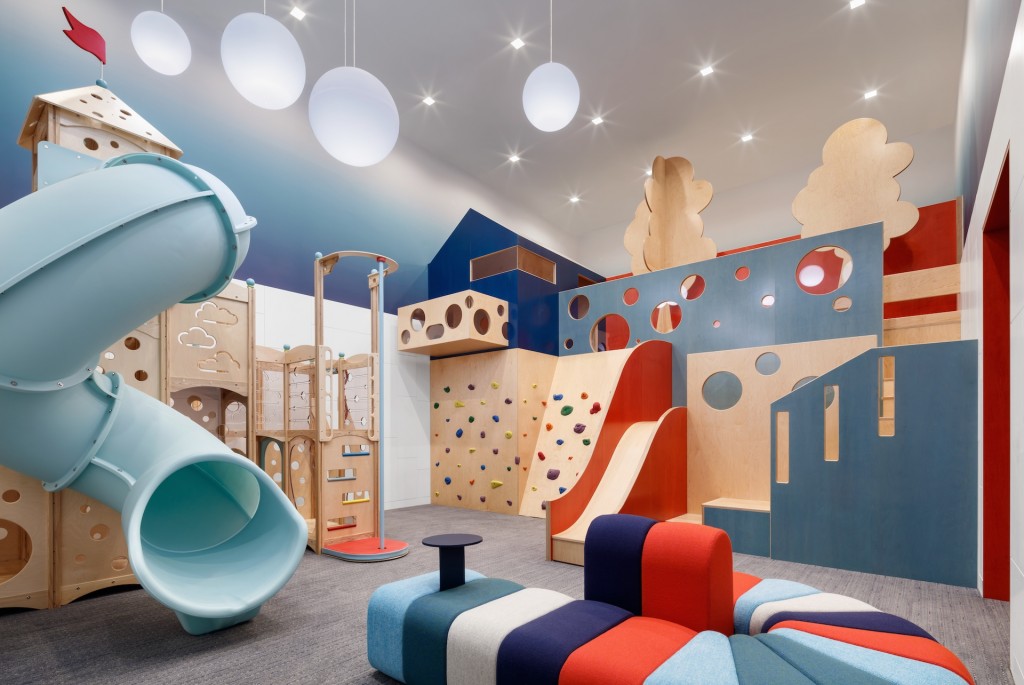 Pembrooke & Ives designed 20,000 square feet of amenities for the 172 condominiums at The Park Loggia, including a two-story kid’s playroom with multiple slides and custom treehouse-inspired cutouts for children to play and hide. There’s also a rock-climbing wall and creative seating throughout the space for kids and their adult chaperones to rest and spread out games. 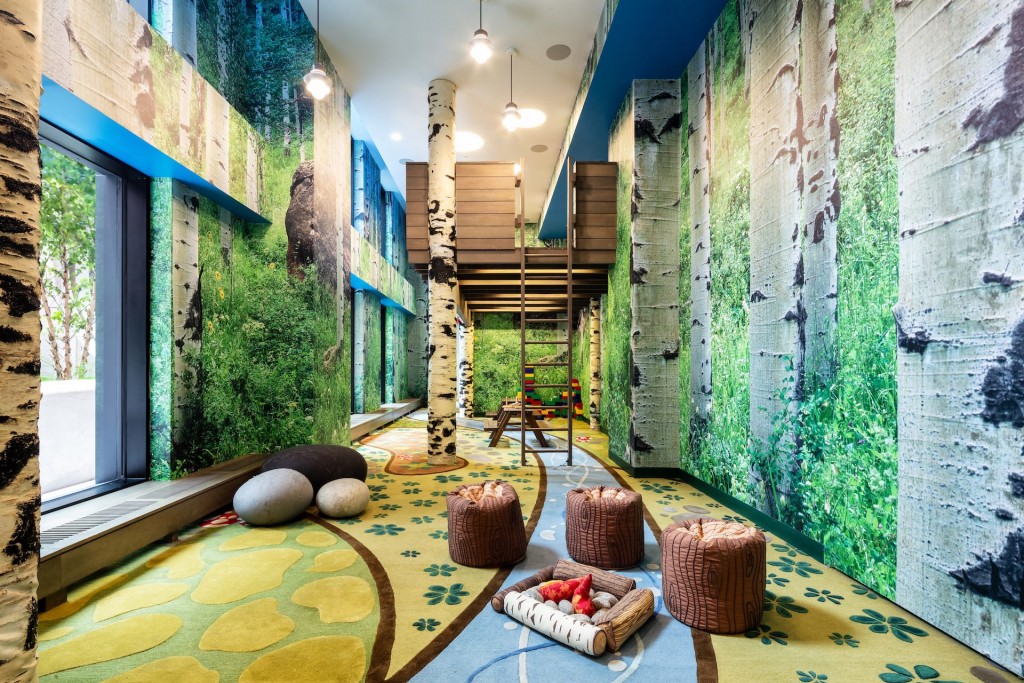 There’s no need to send your kids away to summer camp if you live in The Kent on the Upper East Side. At Camp Kent, an indoor-outdoor playground designed by Williams New York and executed by Extell Design and Beyer Blinder Belle, youngsters can climb a real treehouse, tell stories around a “campfire” surrounded by reimagined birch trees, and follow a custom carpet with a contoured stream and plantings. Camp Kent has everything a kid needs to spend a night “under the stars.” 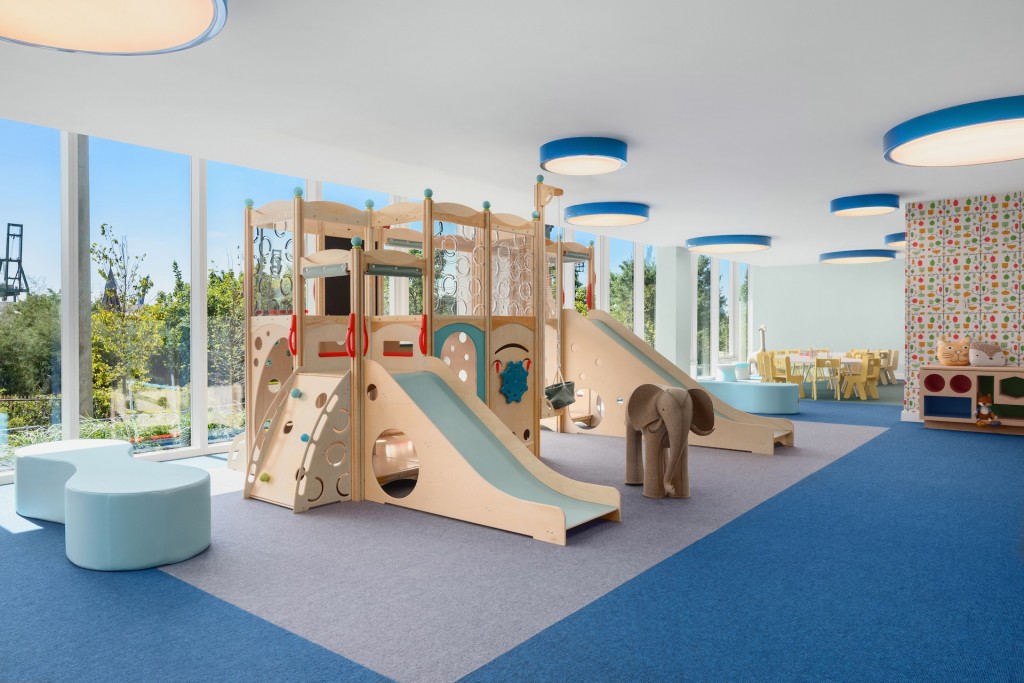 Brooklyn’s record-setting waterfront condominium, Quay Tower, has just unveiled its spectacular collection of amenities designed by AD100 Designer Marmol Radziner, including a children’s playroom. Colorful and bright, the 1,500 square-foot children’s room inspires imaginations to run wild. Kids will be occupied for hours on the playset, or inside the playset. The music room next door also offers concerts and lessons in partnership with the Brooklyn Music School. 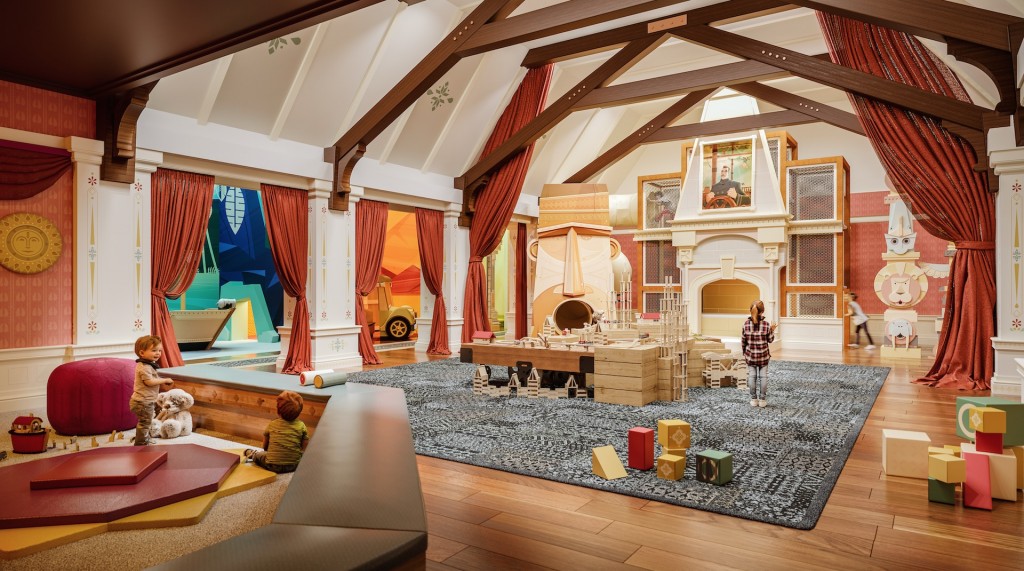 At Waterline Square, developer GID Development Group tapped renowned children‘s museum and aquarium designer Roto to create an exceptional interactive experience inside their 4,600-square-foot children‘s playroom. Roto crafted the massive children‘s space with the same spirit as their national institutional designs, making it into a global exploration learning experience. The design of the playroom centers on a fictional adventure story that Roto created specifically for Waterline Square. The “story” takes children on a worldly journey, with each room mimicking different scenes from the story, taking young residents around the world to Stonehenge, on a safari Africa, to the Egyptian pyramids, surfing in Australia, to the islands of Hawaii, and beyond. Each space is designed to be highly interactive and features fun elements such as a slide, train table, and safari car. 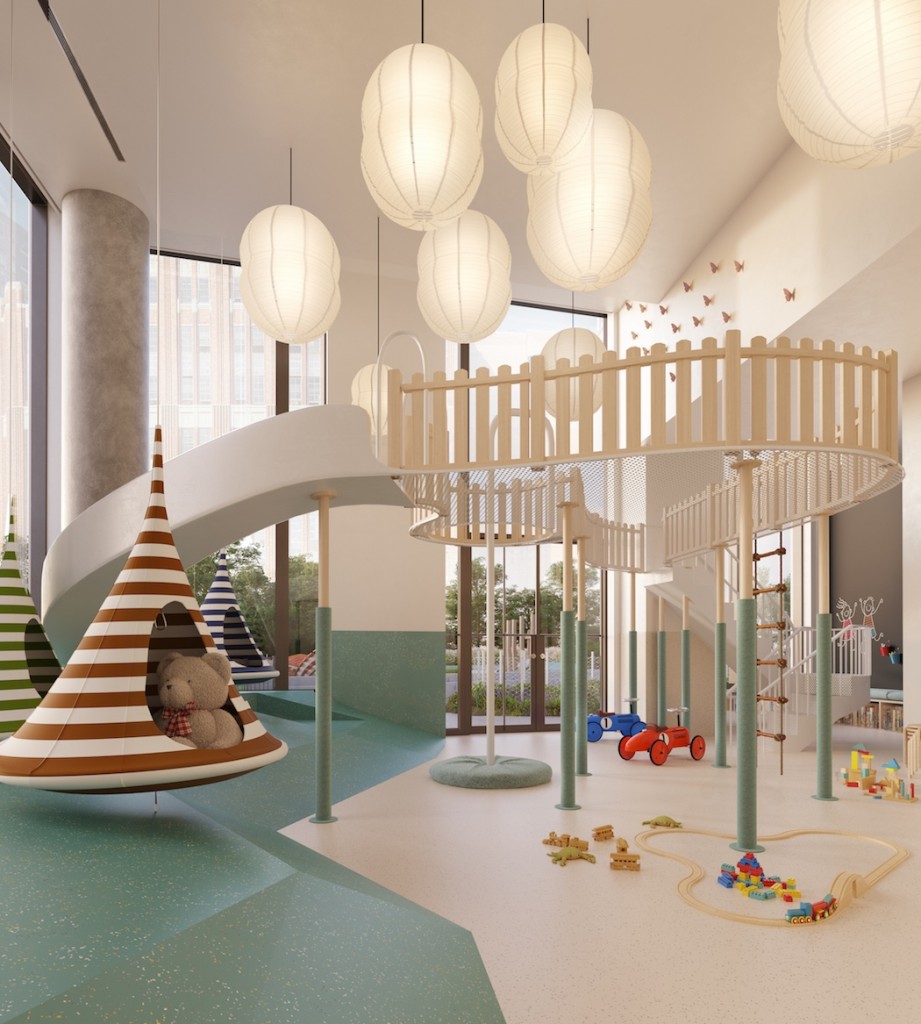 11 Hoyt is a new luxury, residential building, developed by Tishman Speyer, located at the crossroads of Downtown Brooklyn and brownstone Brooklyn. The 57-story tower rises 620 feet and spans almost an entire city block and also includes a 27,000 square foot elevated, private park for residents. The main attraction is the Park Club, which includes an indoor children’s playroom as well as a custom outdoor playground.

130 William is world-renowned architect Sir David Adjaye’s first skyscraper, as well as his first high-rise tower in NYC. The building features a Children‘s Activity Center where the building’s younger residents can enjoy athletic activity zones, including a trampoline room, mini soccer field, mini basketball court, and play area. Recognized as one of the leading architects of his generation, Adjaye was recently knighted by Queen Elizabeth II and named one of TIME magazine’s 100 most influential people of 2017.