The Playboy Mansion Will Sell for a Reported ‘Nine Digits’ 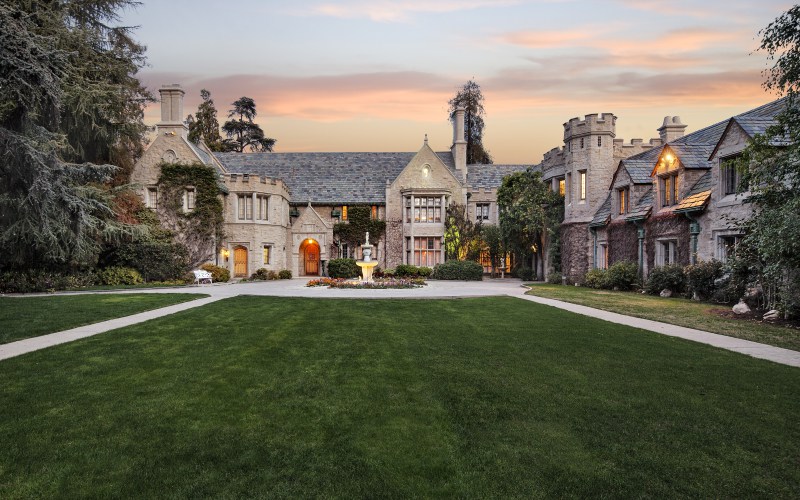 After months of looking for a prospective buyer, Hugh Hefner has finally found someone to purchase the legendary Playboy Mansion, and it happens to be his next door neighbor.

Daren Metropoulos is under contract to buy the Playboy Mansion. The 32-year-old principal at private-equity firm Metropoulos & Co also owns the adjacent property, which he purchased around seven years ago.

Sources close to the deal say the Mansion will sell for “nine digits” and will set a record for the highest-priced residential sale in Los Angeles. Multiple potential buyers expressed interest in the estate. According to The Wall Street Journal, properties with such a high asking price can go years without being sold. It only took about five months for the Playboy Mansion to be taken off of the market.

The estate, which is said to be “long past its prime,” is obviously in need of some upgrades, according to Hilton & Hyland’s president Jeffrey Hyland. Two Hilton & Hyland brokers assisted in the selling of the listing.

Back in January, TMZ reported that the infamous six-acre property would be shopped for a whopping $200 million. TMZ’s sources with knowledge of the neighboring real estate market had projected that the property would sell for far less than Hefner and team were asking for. According to those sources, the value wasn’t in the Playboy Mansion itself, but instead it was in the lot that the famous 21,987-square-foot house sits on. Lots with a similar acreage had been sold for around $60 million, but with the history attached to the Playboy Mansion, it was projected that the mansion would go for anywhere between $80 million and $90 million.

Located in Los Angeles’ Holmby Hills area, the estate was built in 1927 and has long had a place in pop culture. Some of the biggest stars and celebrities of the last several decades have gathered there for parties and events. The home that now features 22 rooms, a wine cellar, a basketball court, and of course, the famed grotto, was purchased by Playboy Enterprises in the early 1970s for a little over $1.05 million.

Though the Playboy Mansion will soon be under the ownership of Metropoulos, it doesn’t seem like he is expected to be moving in anytime soon. It was announced earlier this year that whoever would be buying the property would be required to give Hef the opportunity to continue to live on the property until his death. A representative for Metropoulos claims that once Hef is no longer a resident of the estate, the Mansion’s new owner plans to combine the Playboy Mansion and it’s neighboring estate to create a 7.3-acre compound.