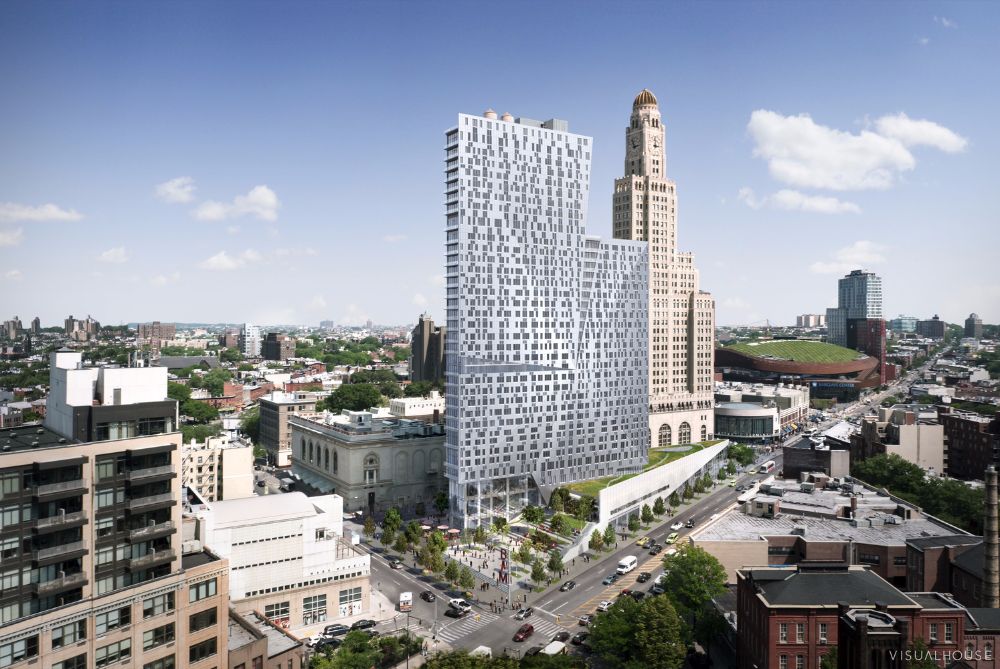 The growing neighborhood of downtown Brooklyn has become a crossroads between hip urbanites, cool professionals, and young families all looking for an area that ticks several boxes of the modern Brooklyn experience. The newest addition to the Kings County skyline, TEN Arquitectos’ DBCD (Downtown Brooklyn Cultural District) South building at 300 Ashland is nearly complete, and will provide residents with a unique Brooklyn living experience. The new, mixed-use building features 379 apartment units, as well as a number of cultural tenants, including the performing arts organization 651 Arts, MoCADA, Brooklyn Academy of Music cinemas, and a brand-new branch of the Brooklyn Public Library. This gives residents easy access to local art and culture without even leaving their building.

According to arch daily, the architecturally unique tower is split into three volumes, a center circulation spine and two flanking volumes, where the building's luxury apartments are located. The outside layer of the tower is layered in perforated aluminum, an aesthetic choice that will allow for the building to pick up the colors of the surrounding streets and the sky. 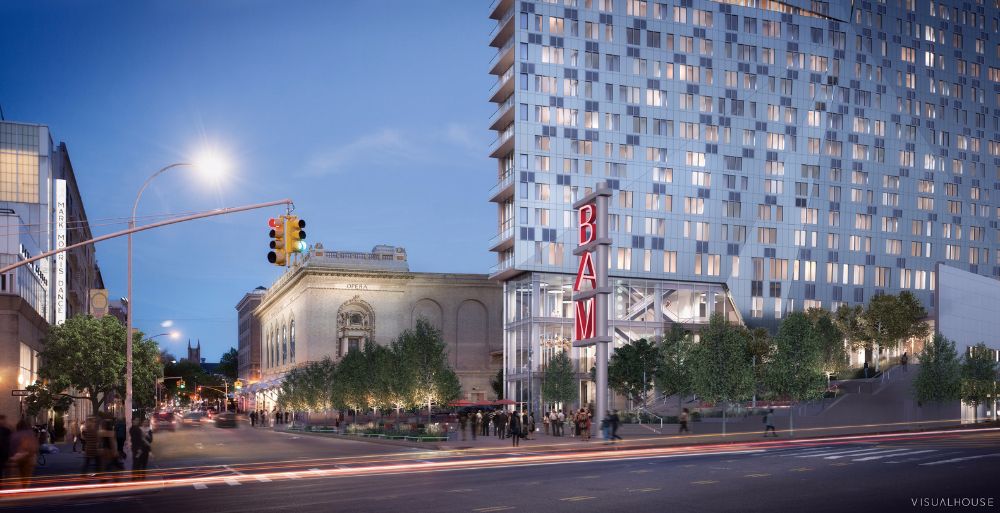 The downtown Brooklyn tower rises from the southern section of a triangular site at the intersection of Flatbush, Ashland, and Lafayette avenues in downtown Brooklyn. Its slim footprint and profile allows for a good portion of the site to be devoted to a new, 15,000-square-foot public plaza, which will work to further enrich the area.

In addition to the public plaza, the building podium is comprised of a series of outdoor landscaped terraces that create a series of serene public spaces screened from the noise of Flatbush Avenue. These smaller public spaces will be visually connected to the Grand Plaza. The terraces will also allow for easy access to the building on multiple levels. It also allows for the opportunity for outdoor programming like film screenings, dance performances, or farmers markets. 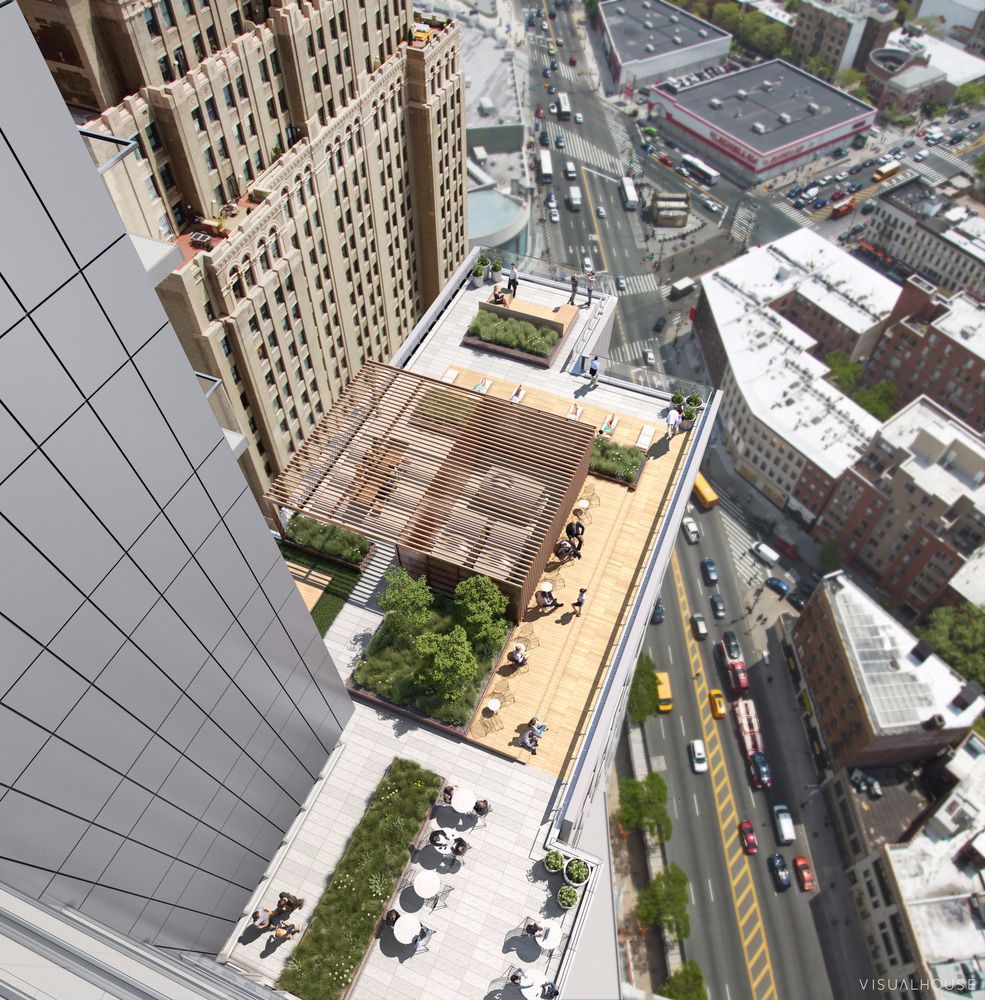 The majority of the 32-story tower will be residential, featuring studio, one-bedroom and two-bedroom units. As far as amenities go, the building will also feature a 24-hour gym and an outdoor roof deck on the 29th floor, designed by James Corner Field Operations.