The A-list actress Scarlett Johansson coughed up $3.88 million for a residence in her old stomping ground—the upscale Los Feliz area of California. The house is as understated as her performance in Oscar-nominated film Lost in Translation. 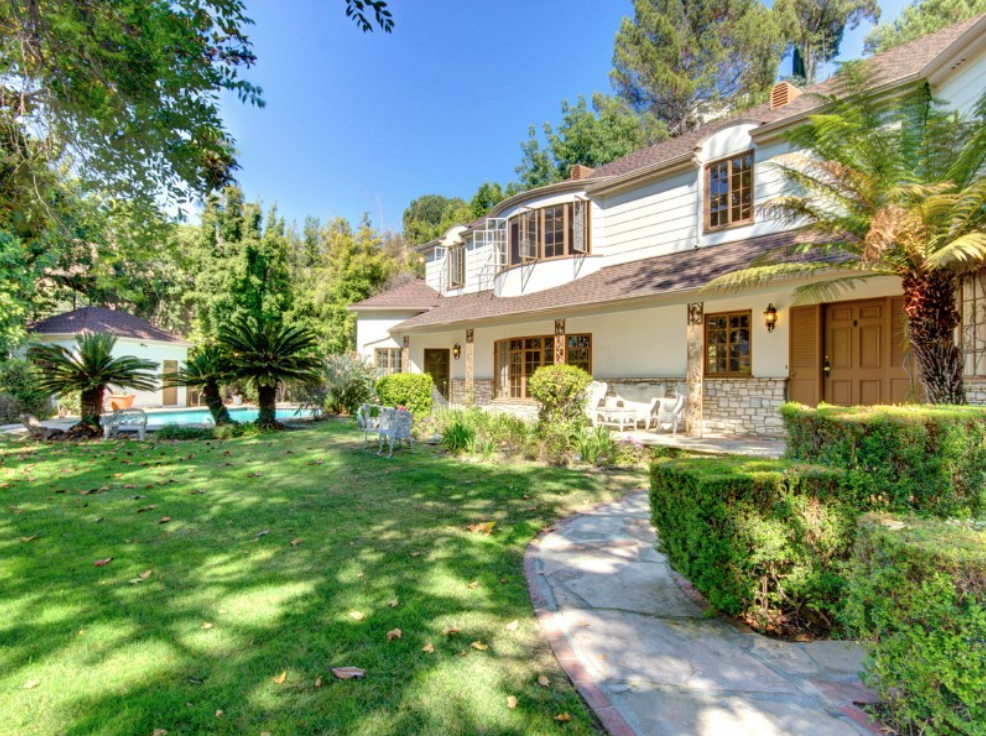 Johansson bought this two-story home in Los Feliz for $3.88 million. 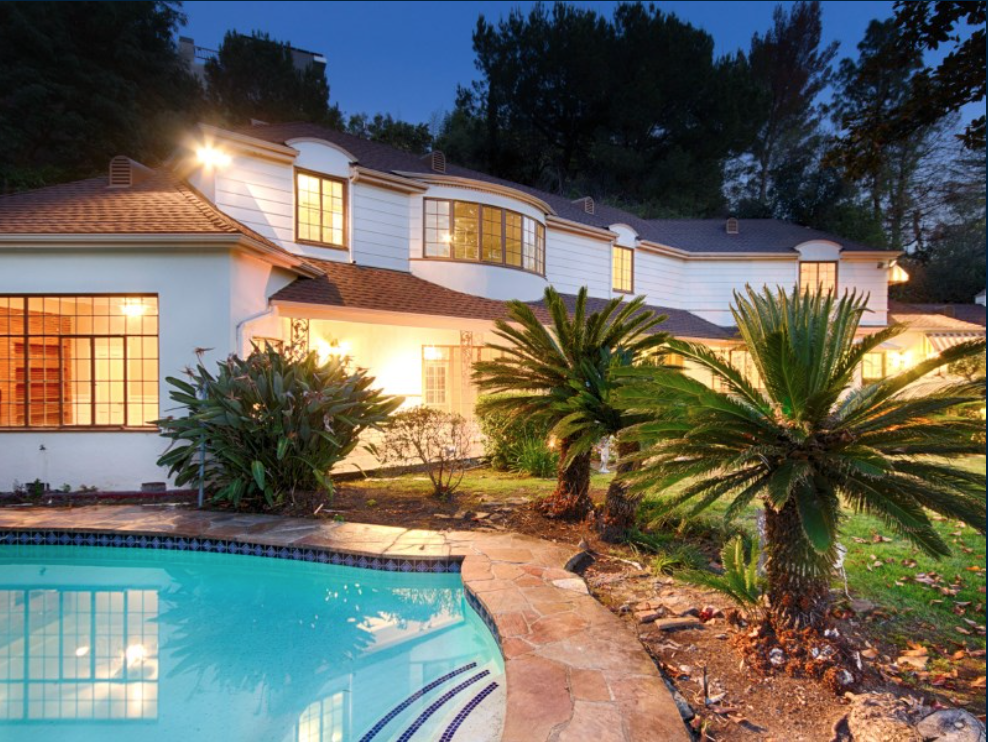 The residence features a pool, an eight-person spa and a cabana. 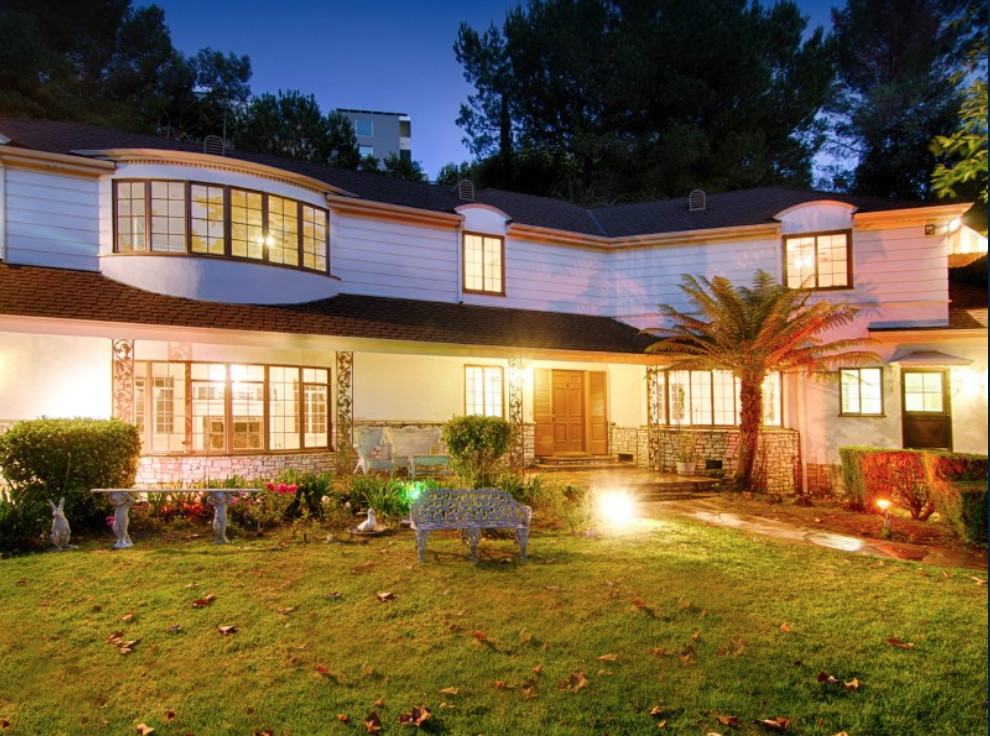 The gated 3,500-square-foot home is on a secluded cup-de-sac.

It’s a Tinseltown homecoming for the New York native who spent much of the past year living in Paris with her new husband, French journalist and ad exec Romain Dauriac, with whom she had her first child—Rose Dorothy. Johansson previously lived in historic Los Feliz with her ex-husband, actor Ryan Reynolds, until they divorced in 2011. That home was later sold for $3.5 million in 2012.

Johansson’s new 3,500-square-foot estate is secluded and paparazzi-resistant—secured behind a gate on nearly an acre of land at the end of a “little known cul-de-sac,” according to Variety. The 1940s-erected home is two stories and family-friendly, boasting a modest four bedrooms, six bathrooms, and plenty of open space for cribs, playpens, and toys. The main floor features espresso-toned floors and an open, all-white kitchen (with center island, and marble and quartz countertops) and a family room that freely flows into a sunken living room (watch out, baby Rose!). From there, a media room leads to the yard with a large pool, an eight-person spa, cabana (with built-in wine fridge and storage cabinets), and soon enough, a likely swing set. 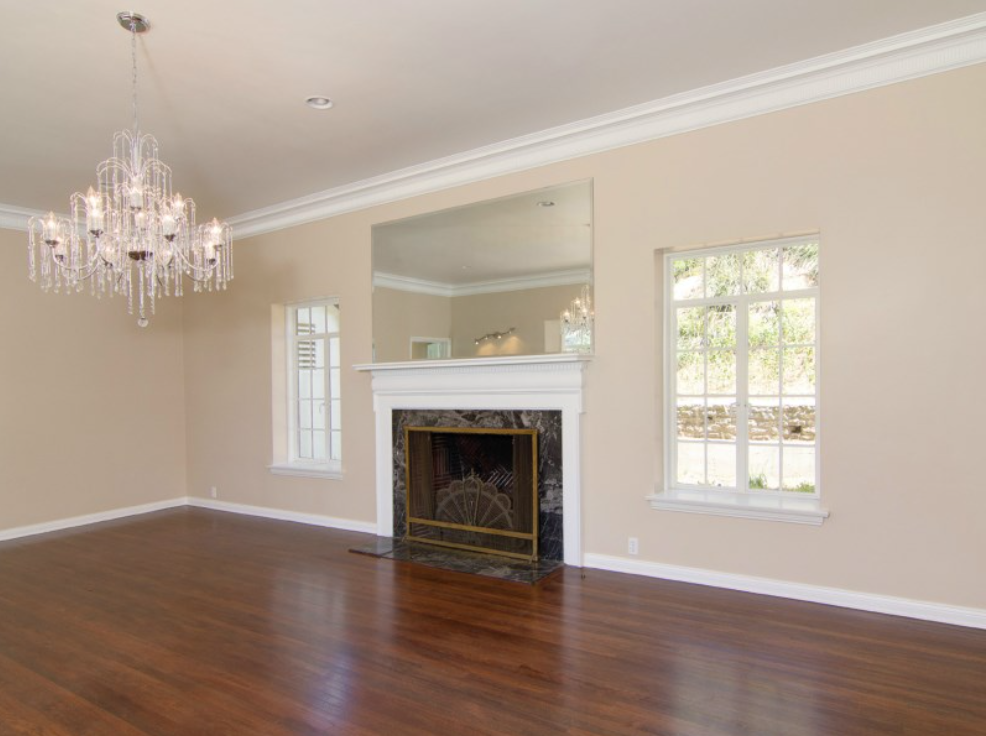 The home has an open layout with espresso-toned floors, fireplaces and ample light. 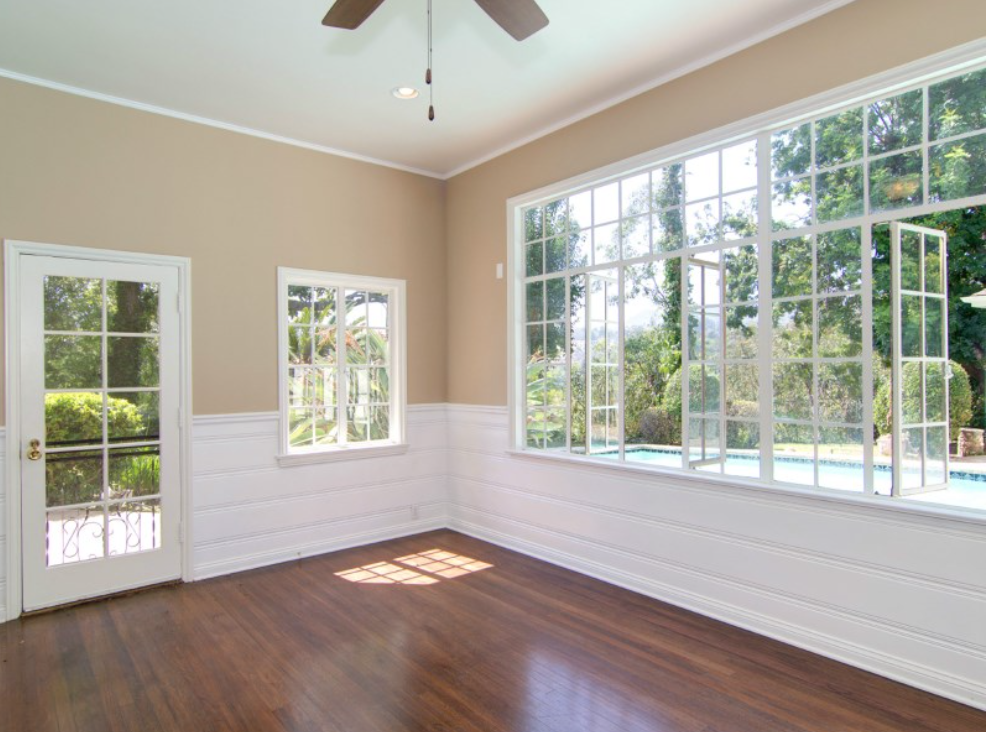 The modest home has four bedrooms and six bathrooms. 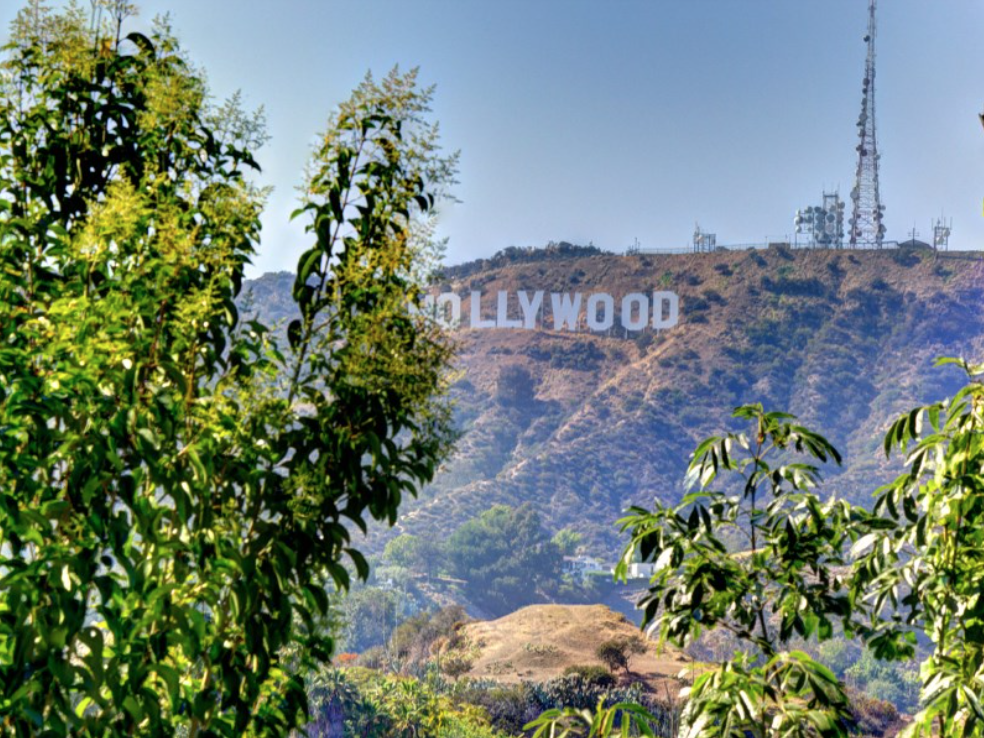 If Johansson takes a hiatus to raise her daughter, Hollywood (and its famous sign) isn’t far from home.

The home’s master suite features a fireplace, sitting area, walk-in closet, a sky-lit bathroom, and a balcony that overlooks a deep canyon with views of the famous “Hollywood” sign. So if Johansson has notions of gravitating toward quirky independent films again or semi-retiring to raise her daughter (which could be metaphorically illustrated by turning her back and calmly walking away from explosions in her blockbuster Lucy and the Avengers films), that iconic Hollywood sign is a visual reminder that she’s back on the big (budget) stage for a while.

Johansson broke into Hollywood as a child actor co-starring in North with Elijah Wood and The Horse Whisperer with Robert Redford. Years later, she’d grown up into the famously voluptuous woman with the trademark bright-red lipstick and husky voice (exhibited as computer’s id in the film Her) who topped several “sexiest” this-and-that lists. But those superficial titles didn’t deter her from becoming director Woody Allen‘s muse and scoring big roles (and four Golden Globe nominations from 2003 to 2005) in Oscar-nominated films like Girl With a Pearl Earring, Lost in Translation, Match Point, Vicky Christina Barcelona and Her (for which she lent her famous voice). 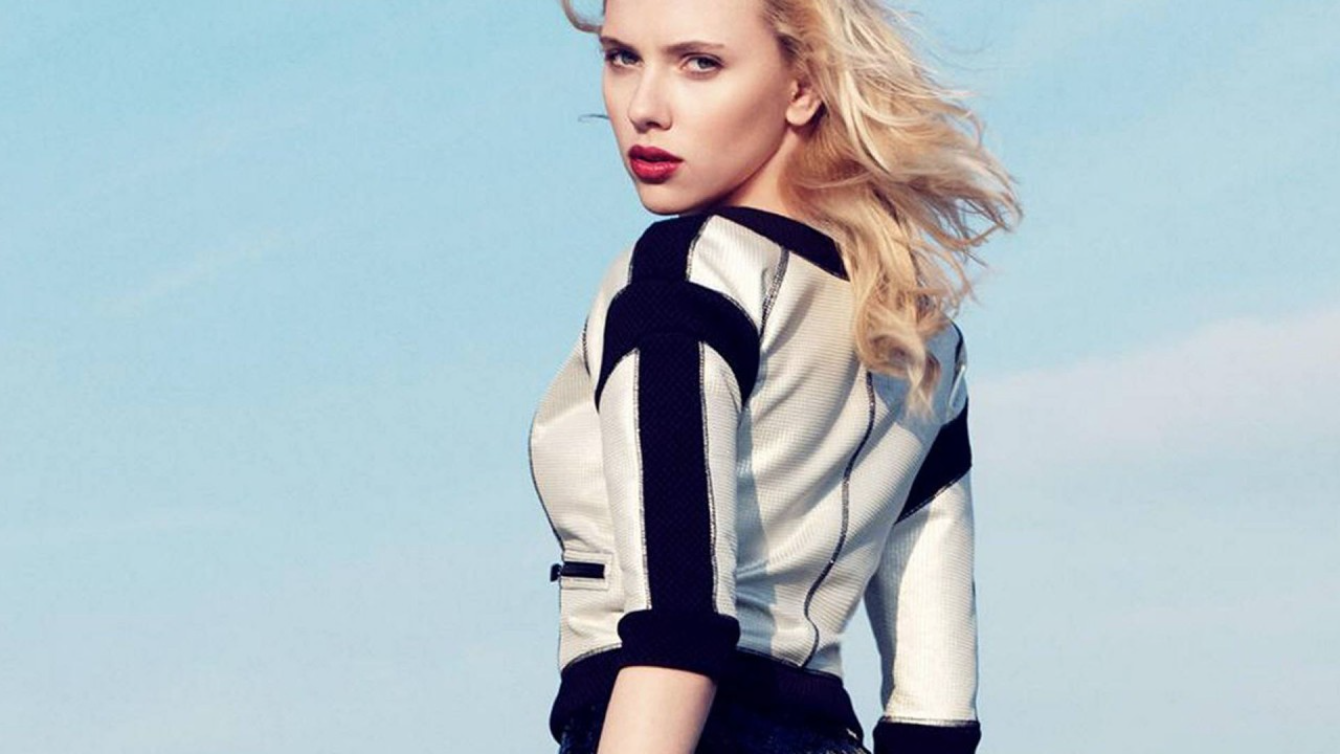 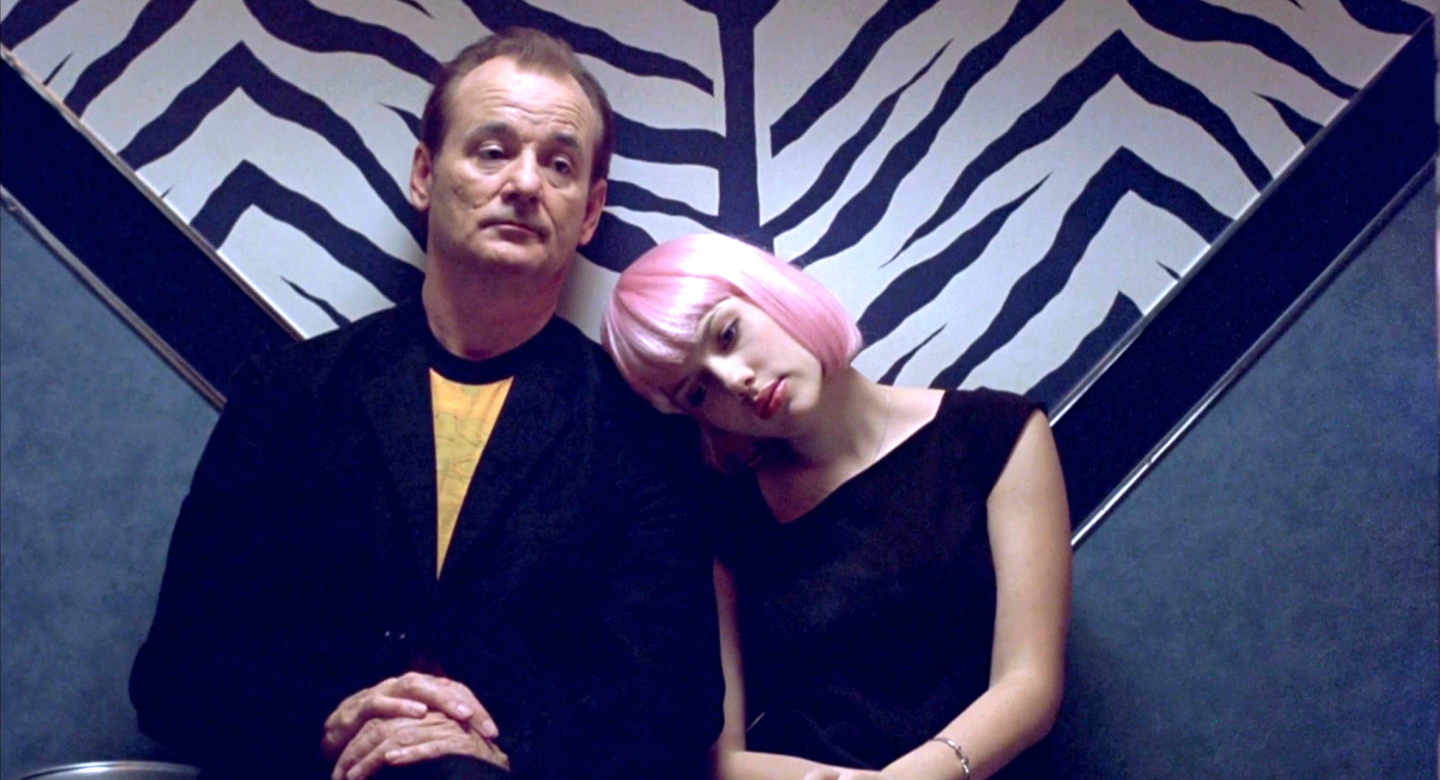 Bill Murray and Johansson in Lost in Translation 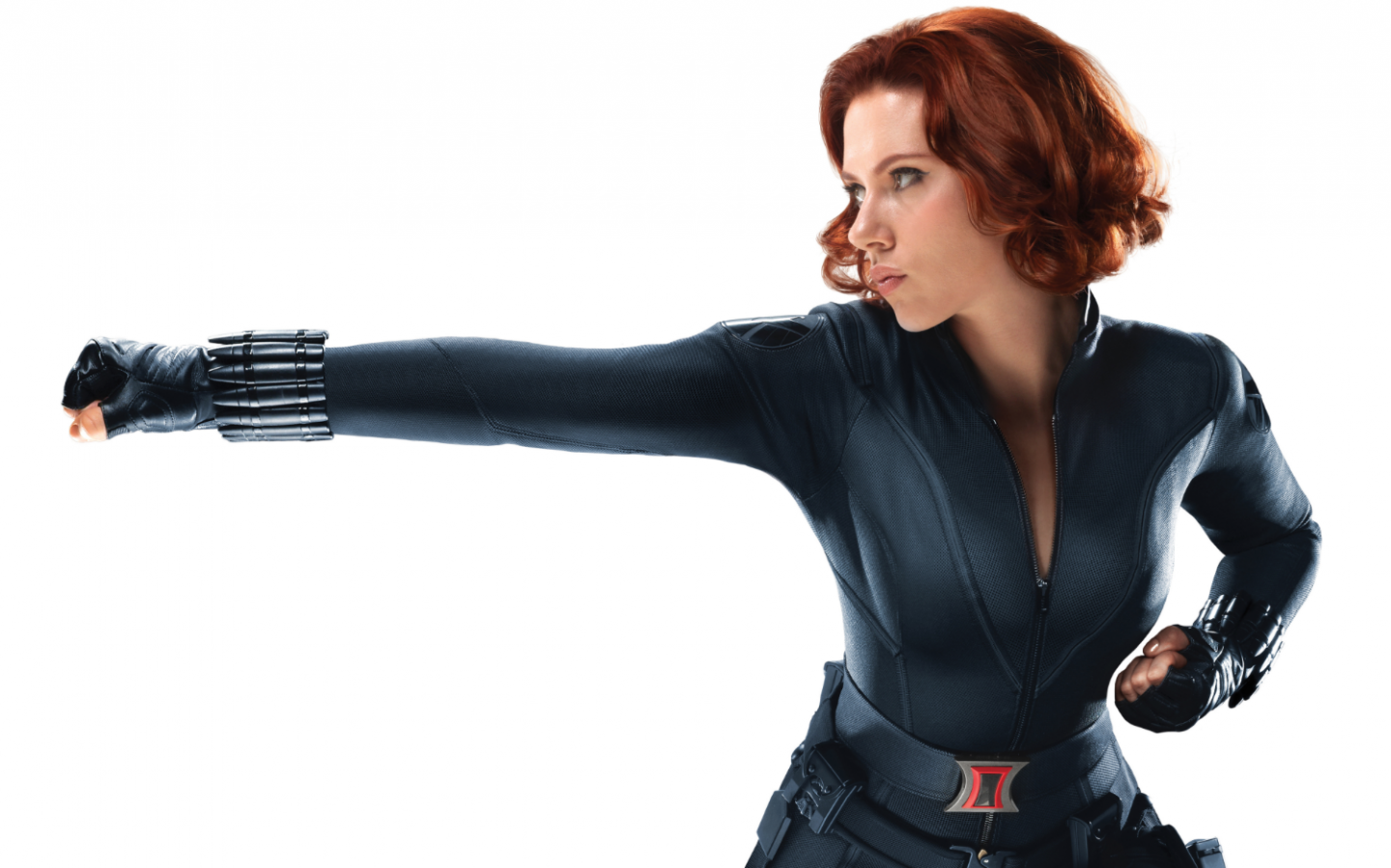 Scarlett Johansson in The Avengers

She even won a 2010 Tony Award as “Best Featured Actress in a Play” for A View from the Bridge. And did we mention she also sings? In 2008, Johansson released Anywhere I Lay My Head, an album of mostly Tom Waits cover songs that generated mixed reviews. Now Johansson reprises her bad-ass character, Black Widow, in this spring’s sequel—The Avengers: Age of Ultron.

When Johansson first seduced Hollywood, she was a single A-lister with producers and directors at her feet. Now, at 30, she’s a married mom with producers, directors, diapers, and toys at her feet. She’s landed her most important role yet—a suburban L.A. mom, who, like her character from Lucy, will have to access more of her brain to manage it all—from her new Los Feliz home, of course.