To be located at 300 Biscayne Boulevard, the tower will rise to be 100 stories and 1,049 feet, overlooking Biscayne Bay and becoming the tallest residential building south of New York City. The South Florida project and its residences will enjoy unobstructed water and classic Miami views. It is the first offering by Waldorf Astoria in Miami, a large indicator of the Magic City's continuing ascension among the world's top lifestyle cities.

"Miami has become a true global city, drawing in a high concentration of international buyers and travelers, as well as those domestically predominantly from the Northeast, Midwest, and California," said Ryan Shear, Managing Partner of PMG. "Waldorf Astoria's rich history and heritage combined with Miami's flare has evoked an overwhelmingly enthusiastic response from a new generation of luxury consumers, as well as generational Waldorf brand loyalists around the world."

A total of 360 residences, with an additional 205 guestrooms and suites in the five-star hotel, will be housed in the building. Some of the main spaces will include the Peacock Alley; a specialty restaurant; indoor/outdoor pre-function and function spaces; meetings and boardrooms; a resort-style pool deck with private cabanas; and a spa and fitness center. The residences start at $1 million. Sales and marketing are led by the in-house team of PMG Residential, including Aura Aragon, Alejandra Castillo, Karine Carvalho, Daiana Quiceno, and Christian Tupper. They are also joined by Fredrik Eklund, Julia Spillman, and John Gomes of Douglas Elliman's Eklund | Gomes Team.

"We are incredibly excited to partner with PMG to bring the first Waldorf Astoria to Miami, one of the most dynamic and cosmopolitan destinations that draws discerning travelers from around the globe," added Dino Michael, senior vice president and global head of Waldorf Astoria Hotels & Resorts. "Waldorf Astoria Hotel & Residences Miami will not only transform the city skyline, but usher in a new level of service to the Miami market, creating unforgettable experiences for every resident and guest. 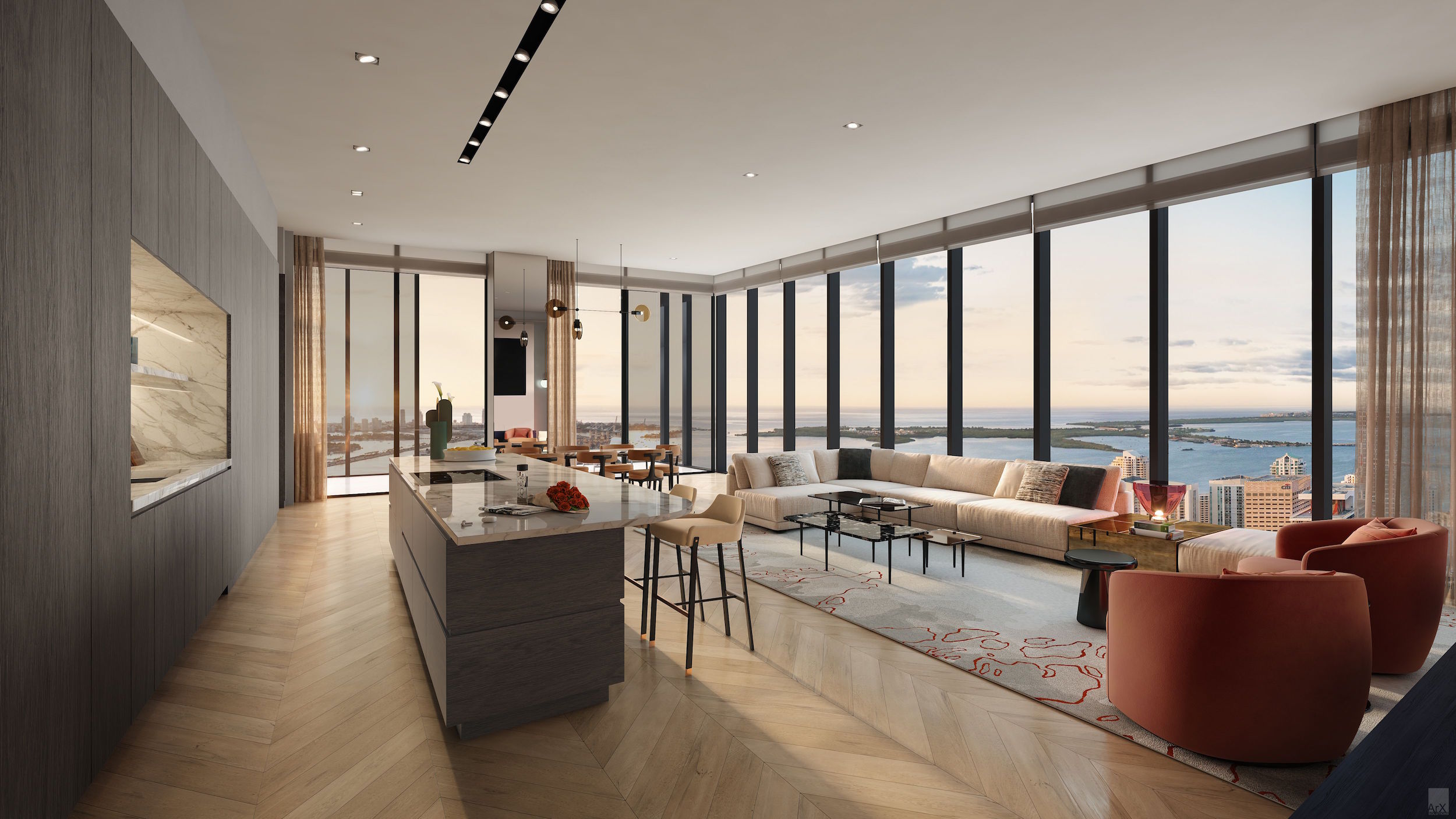 Concept designer Carlos Ott, now in his fifth collaboration with PMG, designed the building to have nine spiraling offset glass cubes that will have a clear and lasting impact on Downtown Miami's famed boulevard. Ott worked with Sieger Suarez to create what is to become one of the most highly-awaited projects in the history of South Florida. California-based interior design firm BAMO was brought in by the developers to complete Waldorf Astoria Residences Miami's stellar team.

Ott said, "The unique nature of this project largely comes from not only creating an iconic building, but a distinguished sculpture that would permanently alter Miami's skyline with height and design never seen before." 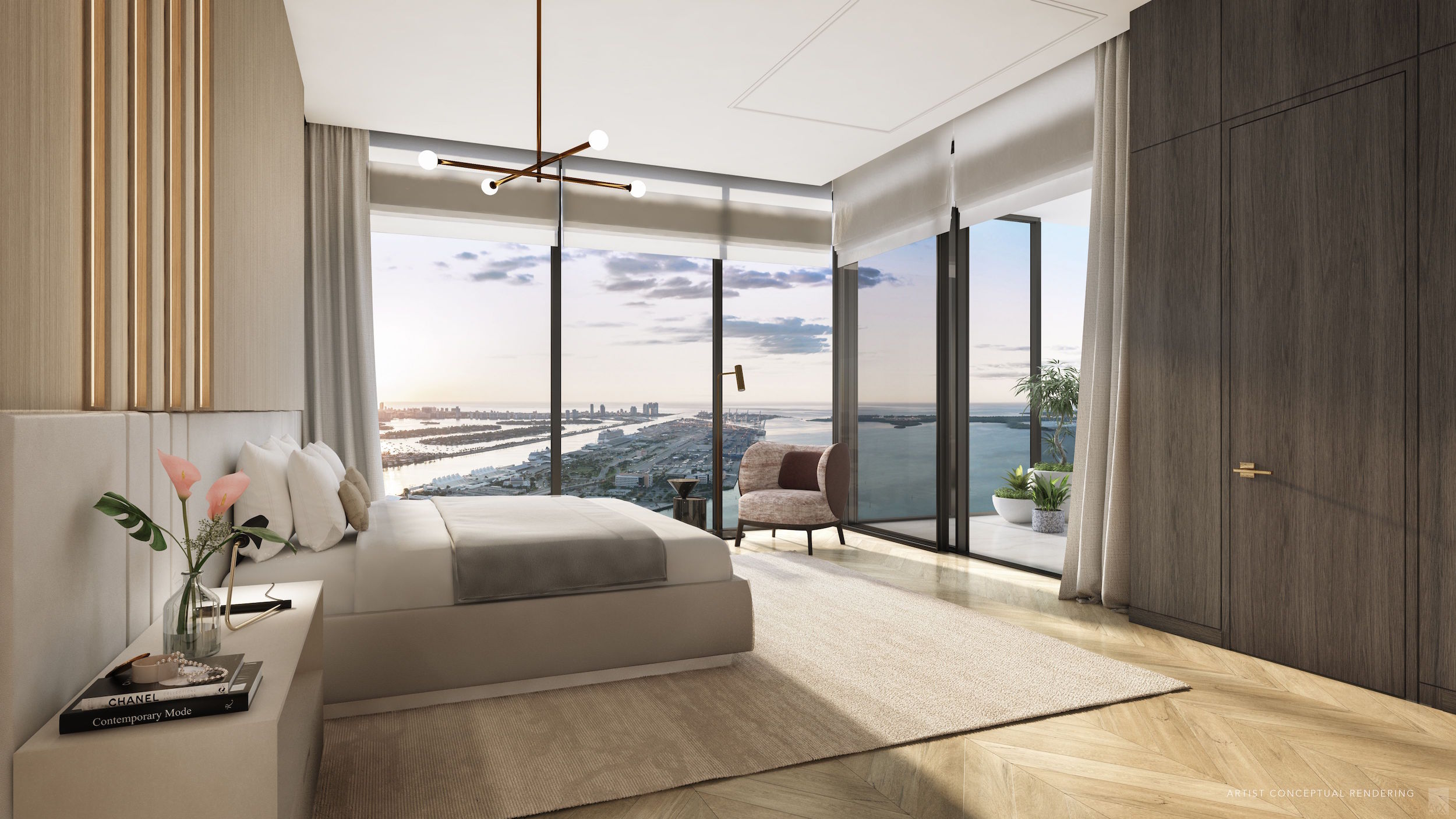 The residences will have smart-home technology with custom mobile app access to Waldorf Astoria's concierge service.

"It has been an absolute pleasure working with PMG, Hilton, and the entire project team of very talented professionals to design this truly remarkable building in which every detail has been carefully considered and meticulously designed," said Peter Politis, CEO of Greybrook Realty Partners. "We are very excited for the reveal of this iconic building that is a symbol of Miami's growing prominence on the world stage and is sure to attract discerning buyers seeking a luxury lifestyle experience that is in a league of its own." 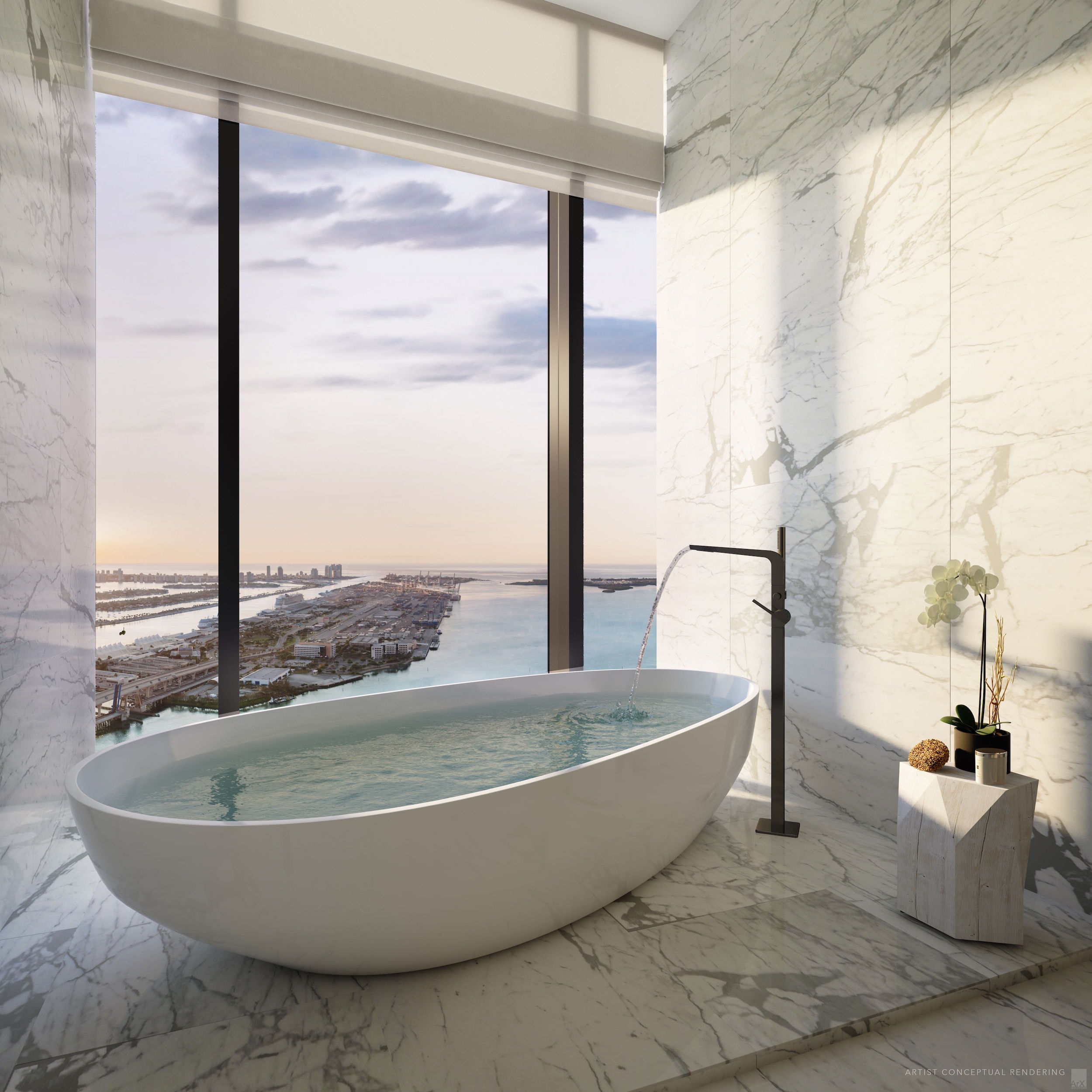 Added Kevin Maloney, managing partner of PMG, "Waldorf Astoria is one of the only five-star hotel brands worldwide, and we're honored to expand this timeless portfolio to Miami. We feel confident with our renowned partners on board, Waldorf Astoria Residences Miami is poised to lead the new development cycle and deliver a completely one-of-a-kind, priceless experience to South Florida."