On Wednesday, October 21st, Haute Living will host "The Art of Living with Missoni Baia," featuring a panel made up of the Miami waterfront project's leaders. 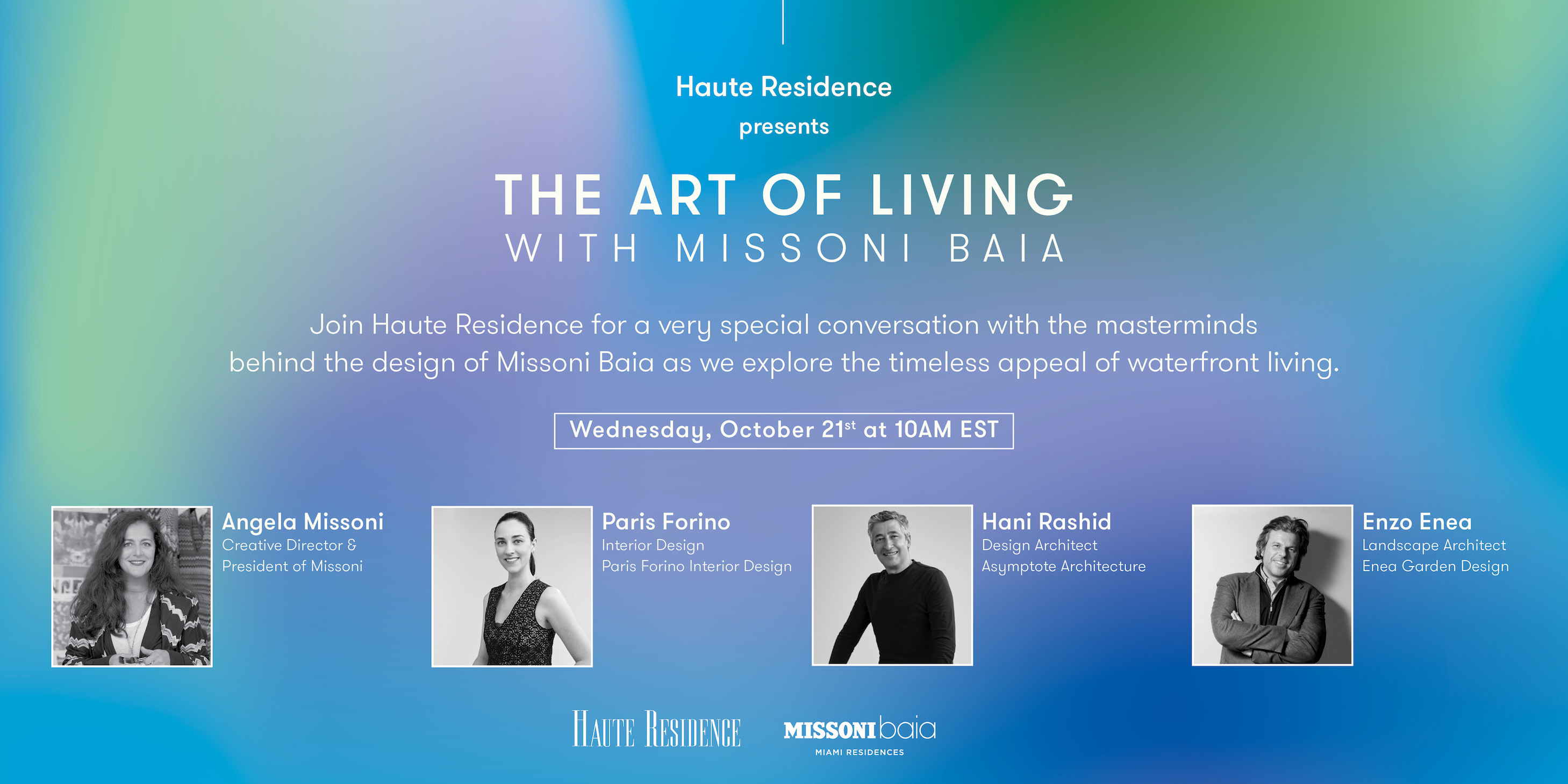 The essence of creativity of Missoni, the legendary Italian fashion house, permeates through the building, slated for completion in late 2020. Located on Miami's waterfront East Edgewater, Missoni Baia silhouette welcomes admiring eyes to its 57 floors and 249 residences. It is the brand’s first-ever residential development.

The Missoni brand is very much synonymous with the Missoni family. Angela Missoni, the founding couple’s daughter, took over from Rosita as the firm’s creative director in 1997 and now leads the legendary label. As the creative force behind the entire house of Missoni, Angela has taken the company in new directions while remaining true to its heritage. She developed a new way to approach the Missoni image and communications, establishing a new position for the brand in the world of fashion. Angela has initiated new and important collaborations with talents like Carine Roitfeld, Mario Testino, Edward Enninful, Mario Sorrenti, Mert and Marcus, and Juergen Teller, Viviane Sassen, Mark Borthwick and Harley Weir. Most recently she has worked with Oscar-winning Italian director Paolo Sorrentino and actress, model and philanthropist Elisa Sednaoui to launch the latest Missoni fragrance worldwide.

Through the decades, Angela has been involved in projects that focus on reinforcing global awareness of the brand, and the growth of the family business. Amid that work emerged the study of the latest concept for the Missoni boutiques worldwide. For this, Angela worked closely with world-famous architect Patricia Urquiola. Together they created an organic environment that plays on various tones and textures, in order to give maximal visibility to the strong aesthetic of all the Missoni collections, elements of which ultimately become protagonists in a space.

The influential magazine Women’s Wear Daily has praised Missoni’s designs under her creative direction: “Angela Missoni is the scion of a decades-old family dynasty, but she’s still breaking new ground.” Now Angela and OKO Group have come together to bring the singular Missoni style to life in the brand’s first-ever residential development.

New York-based Paris Forino Interior Design, launched in 2012 by Australian-born Paris Forino, is a full- service international design firm specializing in luxury residential real estate, hotel, and restaurant projects. Forino brings 15 years of experience, including tenures with Tihany Design and CetraRuddy Architecture, to complex, high-end commissions, which currently include more than 40 projects in the United States, Canada, and Europe. Forino has been published in Elle Décor and the New York Post, which ranked hers as one of the top four firms “designing New York City” in 2015.

Founded in 1989 by Hani Rashid and Lise Anne Couture, New York-based Asymptote Architecture is an international practice distinguished by intelligent, visionary designs informed by cutting-edge technologies. The firm's recent projects include the Yas Viceroy Hotel in Abu Contemporary Museum in Moscow. Asymptote's work is included in the collections of the Museum of Modern Art, the Centre Pompidou, and the Solomon R. Guggenheim Museum, among others.

Since establishing his firm in 1993, renowned Swiss landscape architect Enzo Enea has completed more than 1,000 gardens for private residences, hotels, resorts, residential buildings, and parks around the world, including projects in Russia, Greece, France, Italy, Spain, Germany, Austria, China, Brazil, Colombia, the Bahamas, and the United States. Based near Zürich, the firm opened a second office in Miami in 2005 and is adding a New York office in 2016. Enea’s work has received numerous international awards, including honors from the American Society of Landscape Architects and the RHS Chelsea Flower Show in London. 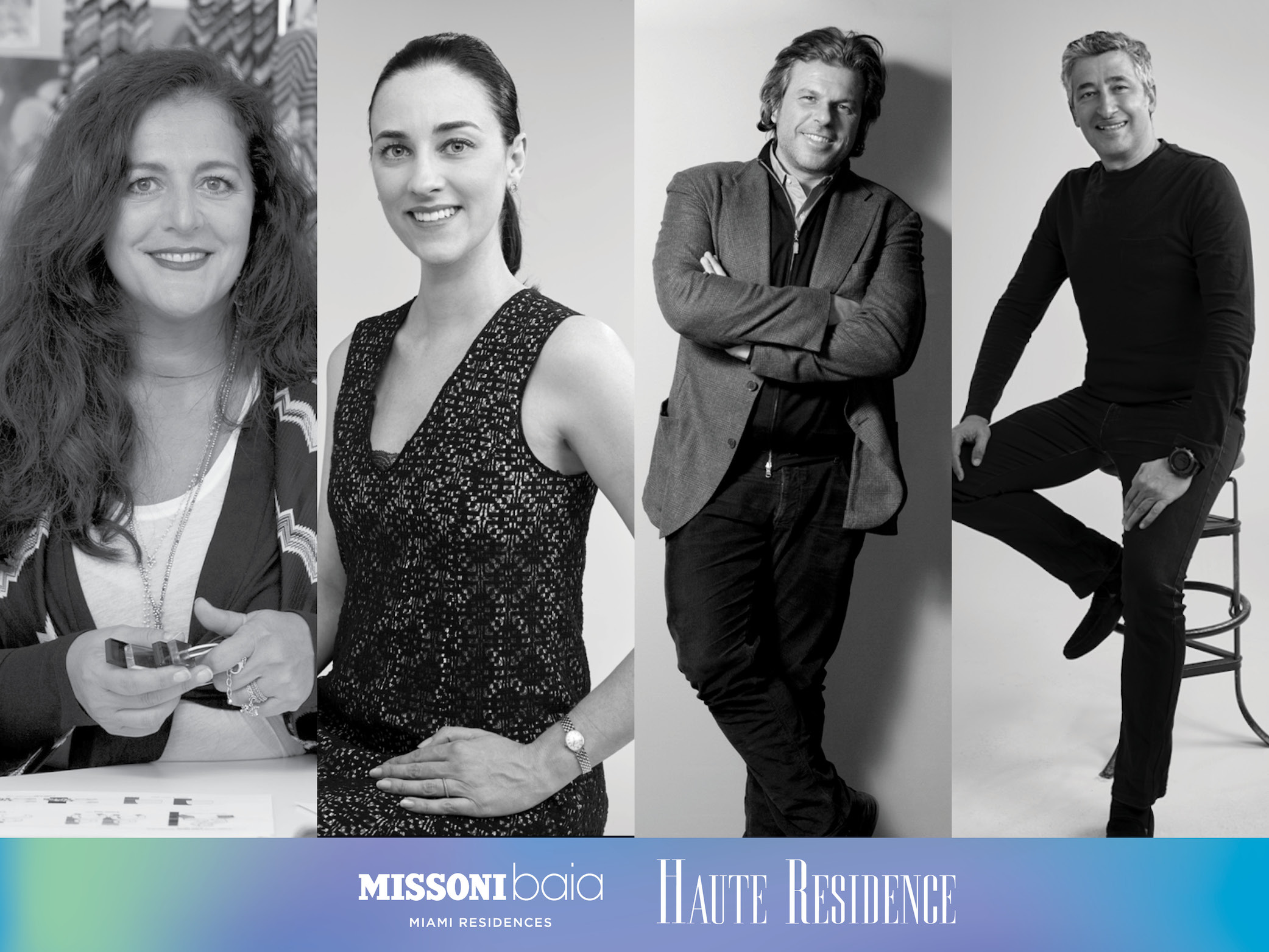