When she was a little girl, Janet Morais would venture into people’s homes, redesign their rooms in her head, and rearrange things without them noticing. “I was a serious sassy-pants,” she confesses.

The New York native—who moved to her family’s homeland of Portugal at the age of 10—continued the odd practice even once she got older, eventually kicking her sly habit of targeting the unsuspecting to pursue a full-blown career in interior design. 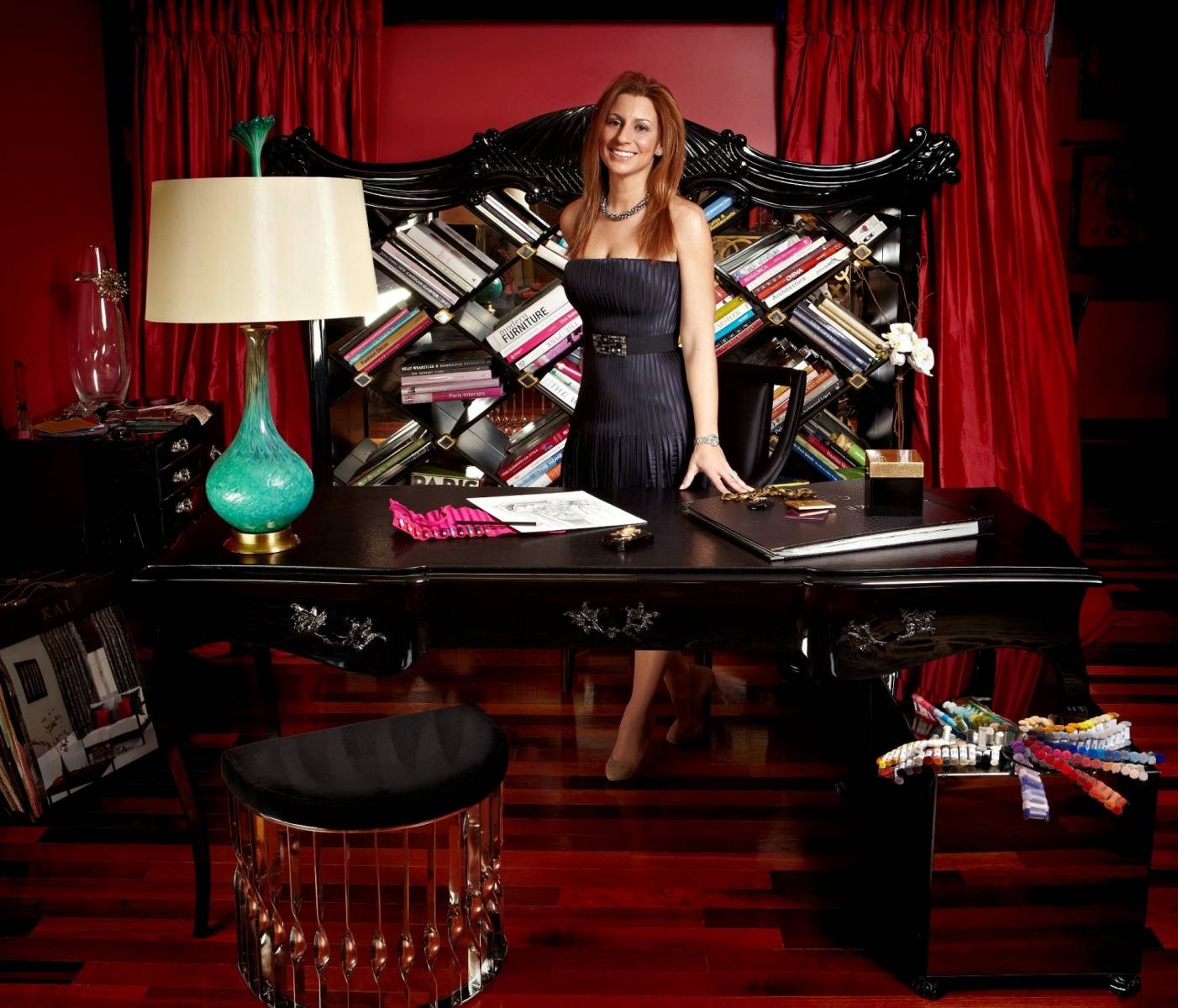 But even after successfully establishing a solid repute conceptualizing spaces for clients all over the world, Morais—who speaks four languages: English, Portuguese, Spanish, and French—still wasn’t satisfied. “Interior design is my passion, but [it involves] designing for my clients—not for myself,” she explains, adding that it was always a constant challenge finding pieces that truly spoke to her aesthetic.

So Morais decided to launch Koket: a furniture brand founded upon her fierce and ultra-feminine personality, along with her affinity for luxury and beauty. “Koket offers a glimpse into my world and everything that moves me,” she says. “It [embodies] all of what I believe in.”

Encompassing everything from elegant chairs and sofas to brilliant sconces and armoires, Morais’ poignant collection will perhaps most appeal to those who are wildly colorful and daring at heart, similar to Morais’ vibrant persona. “Koket was designed for people who believe in love at first sight—for those who live for the moment when they are stopped in their tracks by something beautiful,” she explains. “It caters to powerful and extremely confident women who know what they want and are not afraid to ask for it.” 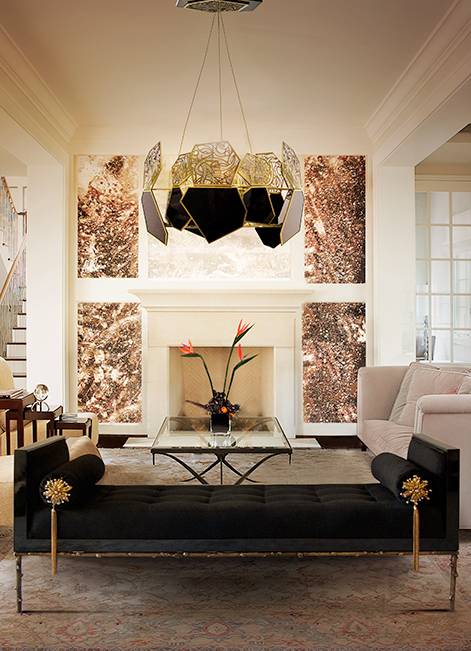 According to the designer, the notion of starting her own furnishings label came unexpectedly in a New York City lounge over cocktails, sparked by a simple drawing of a chair. “The moment that first sketch was created, love happened,” she enthuses, revealing the origins of Koket’s motto: Love Happens.

“At that moment, I felt an overwhelming desire to create more pieces with the same [sense of] empowerment I felt creating that first [work]. I wanted to [produce] a collection that consumers would not just like, but love: one reflecting the experiences, simple pleasures, passions, and life events that have shaped me.” 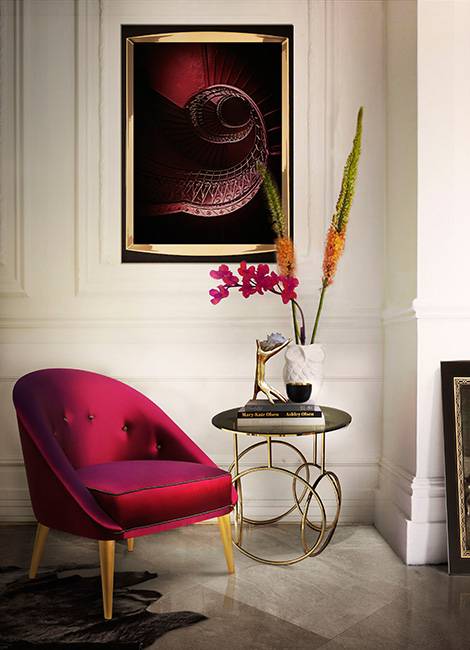 Given a moniker that happens to be a twist on a nickname she’s had since she was a child—“Janette la coquette”—Koket offers a highly-edited line of bold and sumptuous pieces largely inspired by fashion, flora, and fauna, featuring luxe metals, vivid jewel tones, lush fabrics, and semi-precious stones.

Unlike many designers who are reluctant to reveal which of their creations are their favorites, Morais doesn’t hesitate to divulge her top pick. “The Divine armoire is my absolute favorite piece,” she confesses. 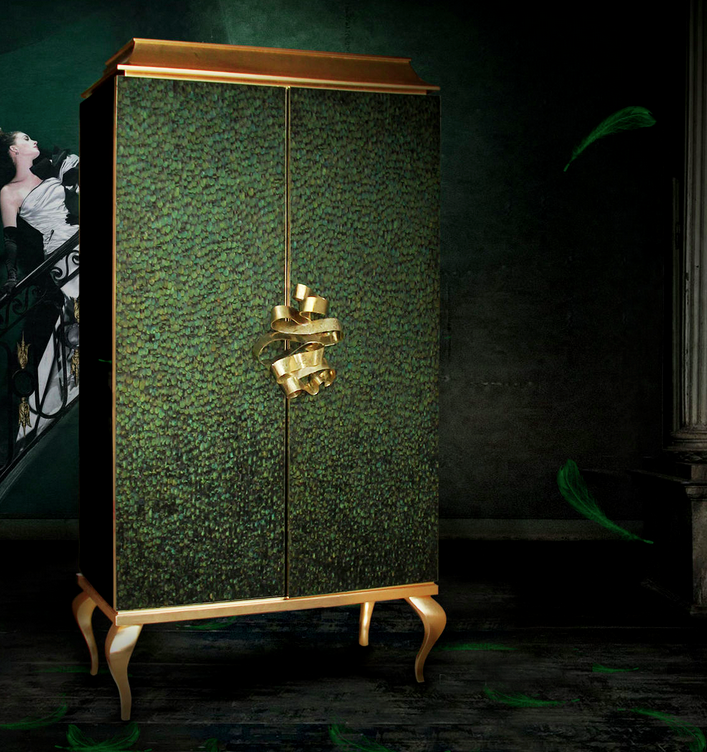 “The design—with its feathers, colors, and textures—embodies who I am. [Its handle] is modeled after a girl’s hair ribbon, gracefully coiled on a vanity. The gold leaf and peacock feathers are tributes to my love for the exquisite, and [I incorporated] the pagoda top because of my fascination with Asian architecture and design.”

In addition, Morais admits the antique mirror interiors found in all of her cabinets and armoires can be attributed to her admiration for the escalators at Bergdorf Goodman. “The stairway to heaven is lined with antique mirror,” she declares.

Though it may not be the piece dearest to Morais, the Mademoiselle armoire—which features an intricate, gilded butterfly cut-out motif that overlays fuchsia silk-lined doors—is noteworthy in a different respect: it recently made its silver-screen debut (along with over a dozen other Koket furnishings) in Fifty Shades of Grey, as part of the movie’s design set. “The essence of my pieces dreamily complements the film’s aura of desire, passion, and power,” she enthuses. 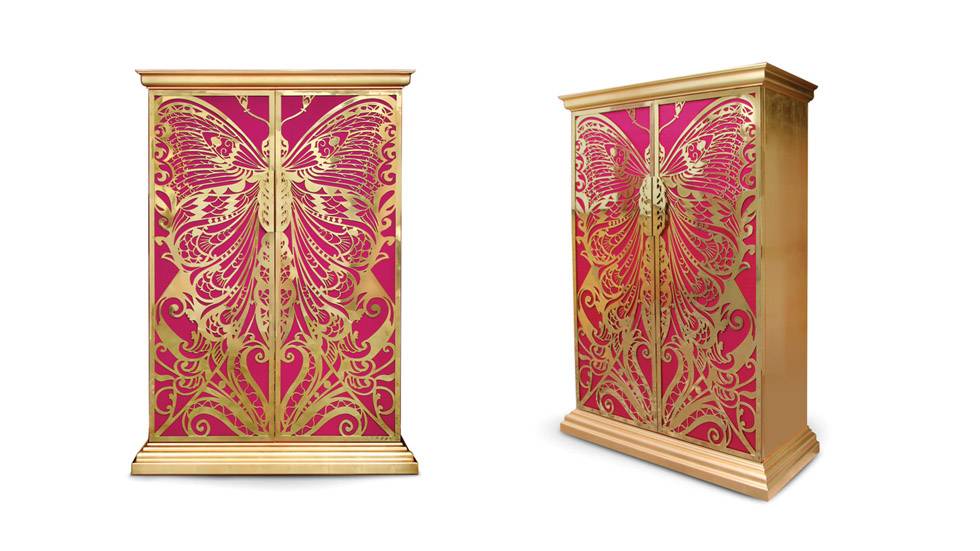 Apart from being showcased in the sultry Hollywood blockbuster, Koket’s pieces have also graced 17 Saks Fifth Avenue window displays, and can be found within the grand palaces of numerous royals, as well as in the homes of several leading ladies in the music industry (of course, Morais can’t name names).

“I have had the honor of working with [a slew of notable individuals]; however, my true dream project is to design my first flagship store in New York City,” the designer says, noting that it’s an aspiration she’s incredibly close to realizing. 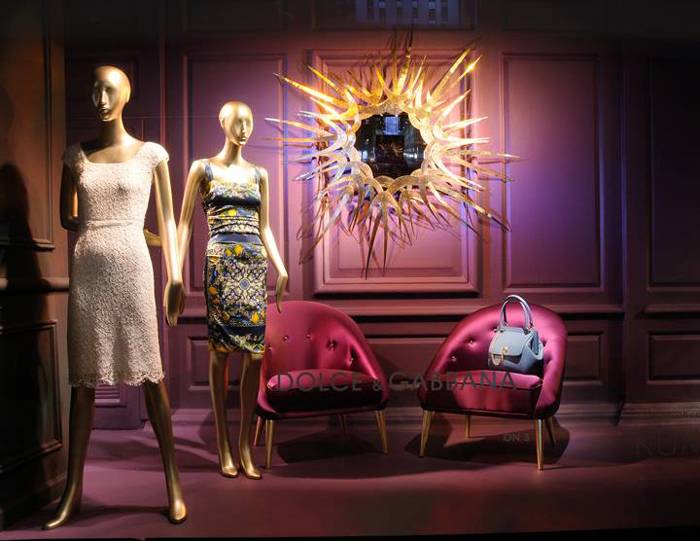 At the end of the day, Morais’ aim is fairly simple: “I want to change the way people [see] furniture and furniture shopping,” she says, adding that she hopes her intrepid pieces serve to empower her clients. “The public and the industry have always been ready for it, but only very few have the know-how; for this I thank my creative writers, talented designers, and amazing graphic artists,” she gushes. “They are the ones fulfilling fantasies.”