Billionaire hedge fund manager Philip Falcone and his wife Lisa Maria have agreed to pay $700,000 to rent Stone Meadow Farm, the 18,000 square-foot property in East Hampton, NY for the summer months- that’s $300,000 less than the original asking price. If his lease indeed runs through Labor Day, Falcone will be paying around $65,000 a week, likely just to spend weekends at the estate. Back in 2008, Mariah Carey paid $125,000 a week when she leased the same house. 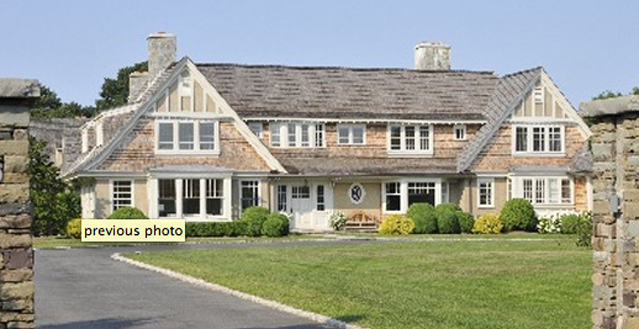 The current owner, Isabel Rose of the Rose Associates real estate dynasty, acquired the 8-acre estate in 2009 after a bidding war with Mr. and Mrs. Falcone themselves. She paid around $12.5 million for the mansion, which was the most expensive real estate deal ever brokered on the North Fork at the time- and the house isn't even on the ocean. The home includes a three-floor main house with 5 bedrooms, 9.5 bathrooms and 5 fireplaces and an attached guest house with an additional 5 bedrooms, 4.5 bathrooms and 3 fireplaces. The nearly 3,500 square foot finished basement contains a media room, play room with wet bar and fireplace, gym, spa facilities and a staff lounge. The extensive grounds feature a five-horse stable, stone courtyards and terraces, a swimming pool and pool houses, spa and tennis court.

The Falcones, who are currently building a 13,000 square foot home in Sagaponack, reside in a New York City townhouse for which they famously paid about $49 million–in cash–on East 67th Street.