Fisher Island is preparing for the next big wave.

Not a hurricane storm surge, but rather a new generation of sun dwellers who will crash the shores of this private island paradise off Miami Beach when Palazzo del Sol—a lavish, new 10-story condominium—is completed in 2016. 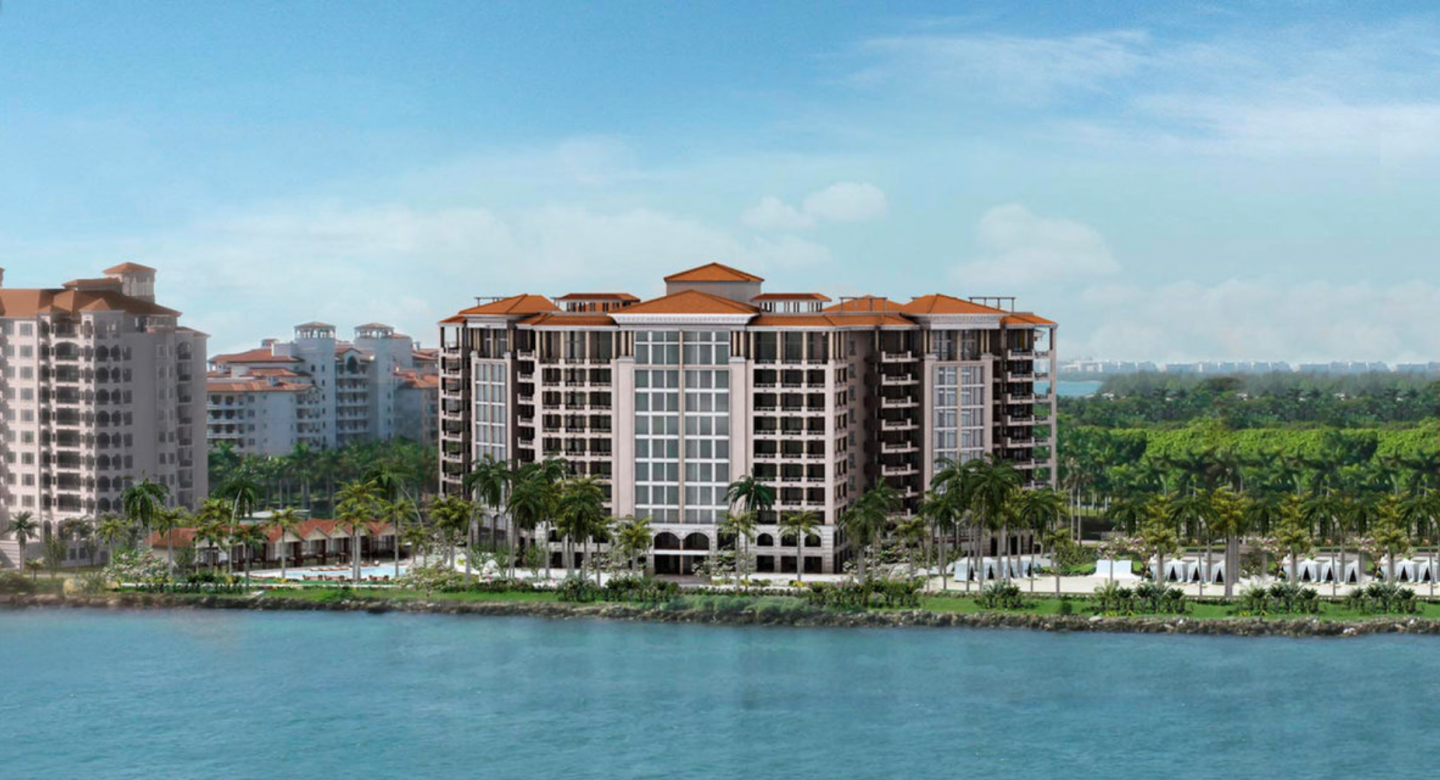 Palazzo del Sol is scheduled for completion in the spring of 2016. 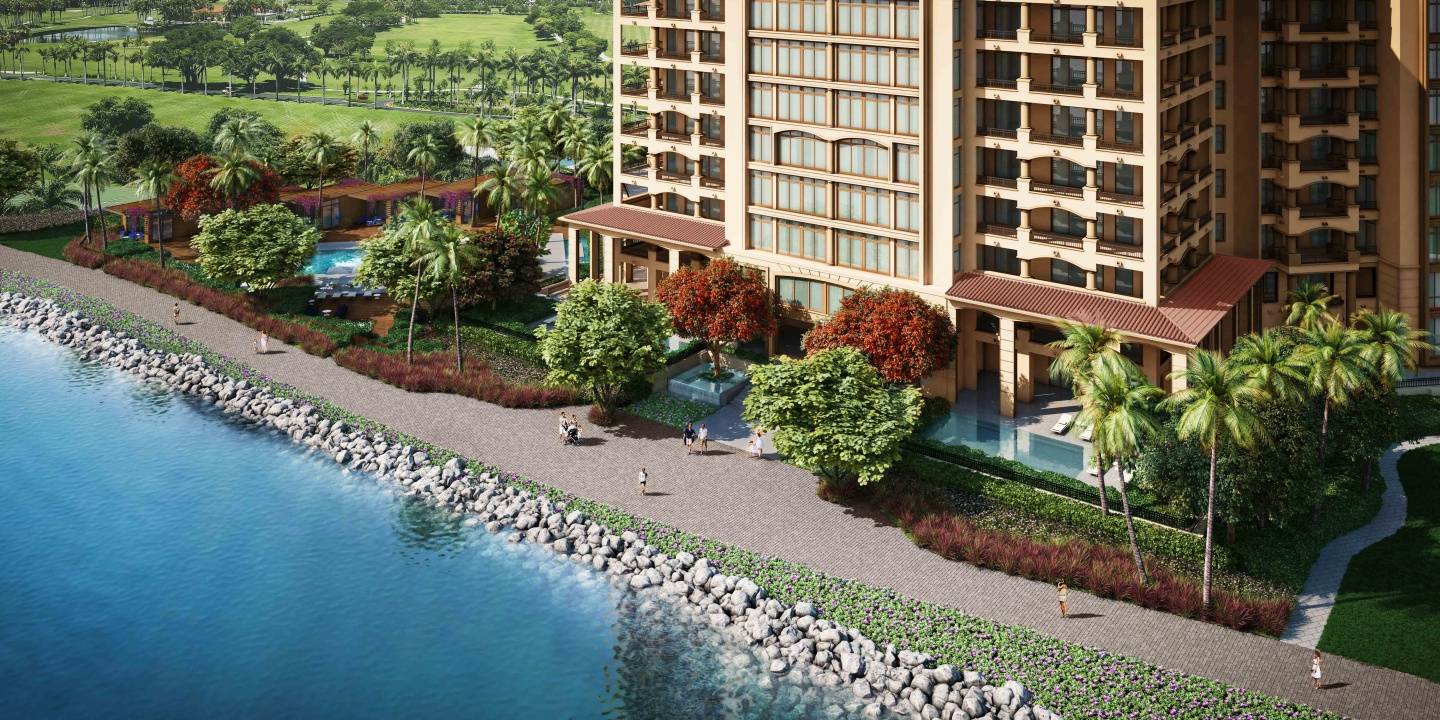 The condominium has unobstructed views of the Atlantic Ocean, Biscayne Bay, South Beach and downtown Miami.

After a seven-year construction hiatus (aside from renovation permits), Fisher Island is again open for business and its final land parcels are ready to beautify. Palazzo del Sol will showcase 47 contemporary luxury condos (ranging from 3,700- to 9,700-square feet) on 4.5 acres of prime land, with unobstructed views of the Atlantic Ocean, South Beach, Biscayne Bay, and downtown Miami. The condominium is perfectly situated on Government Cut, the channel entrance to Miami’s harbor, where the bay meets the ocean—and where rudders hit the deep water. 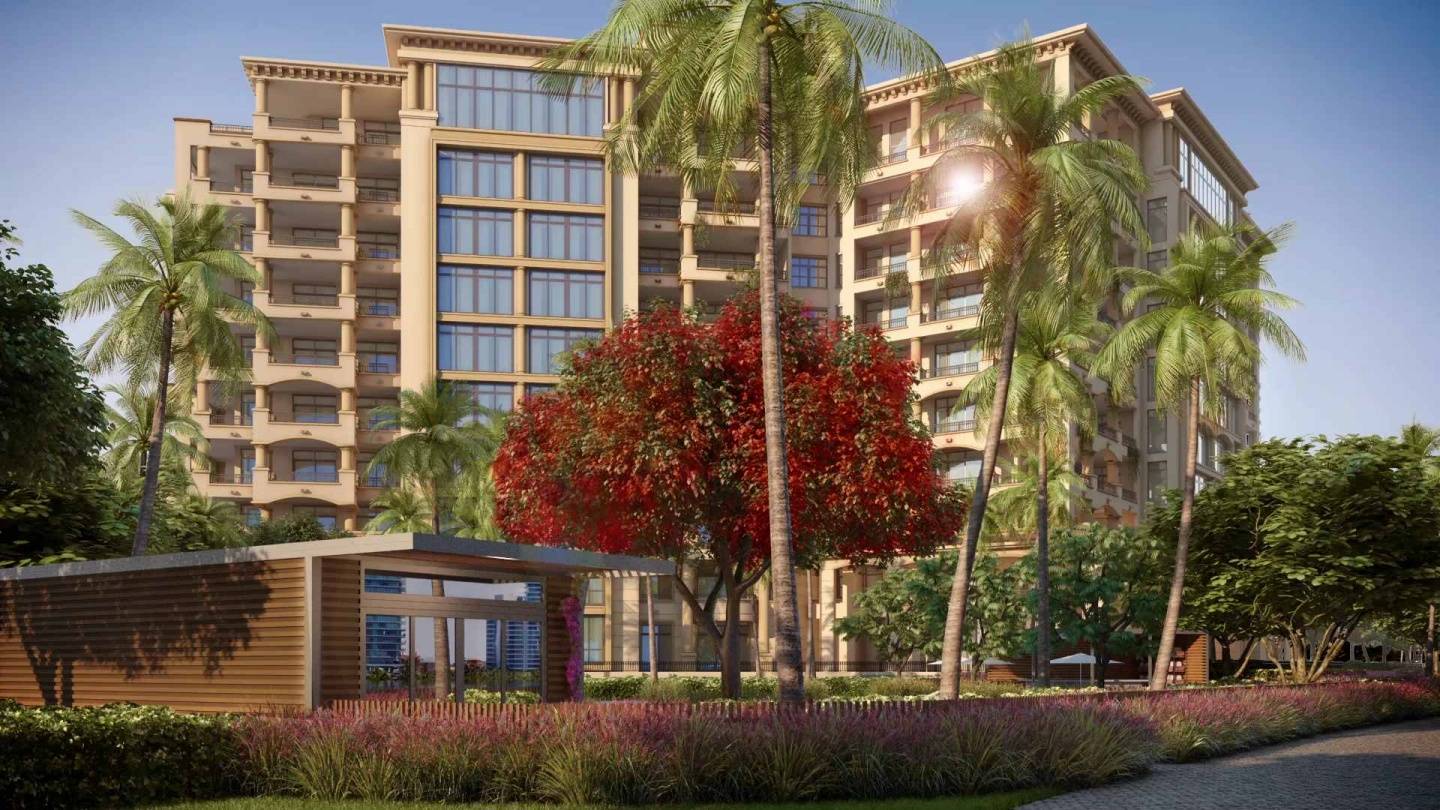 Palazzo del Sol will likely be 10 stories (13 if you count rooftop pool, lobby and parking garage) with 47 luxurious residences. 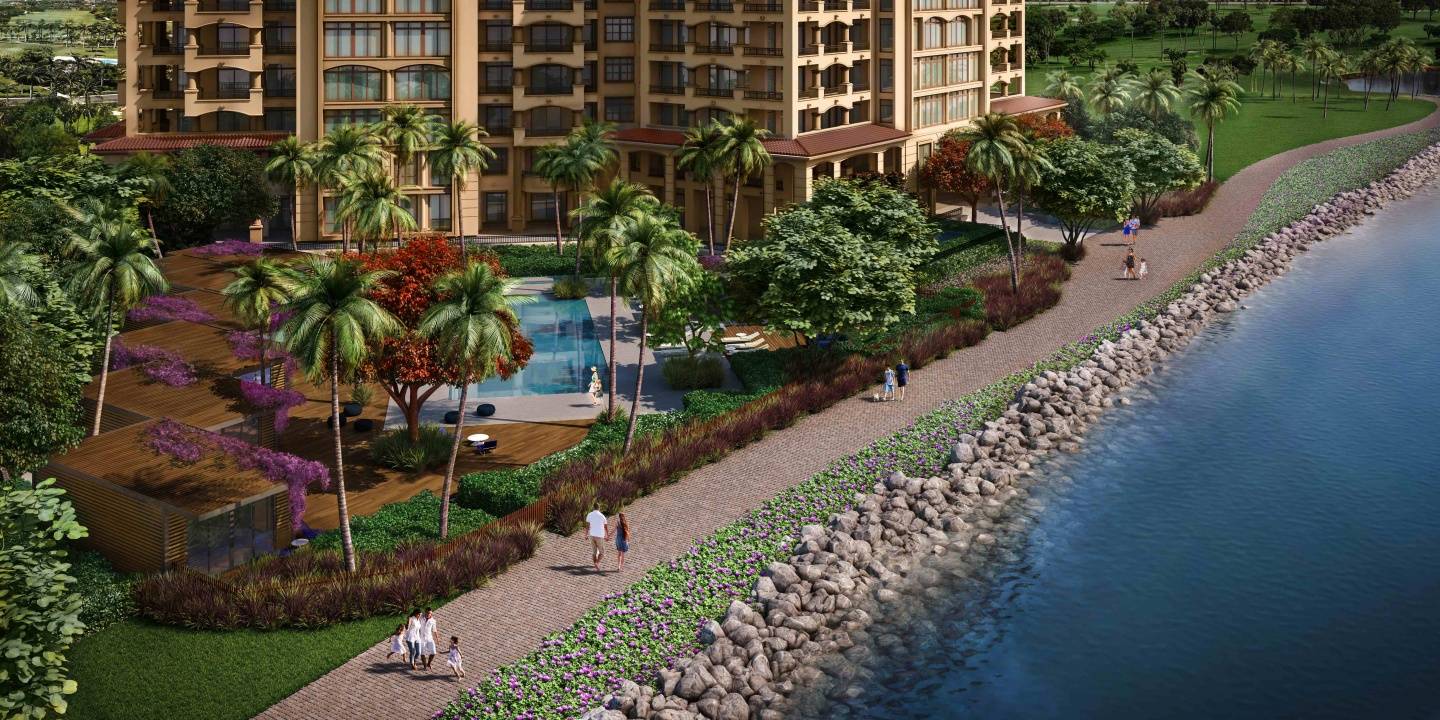 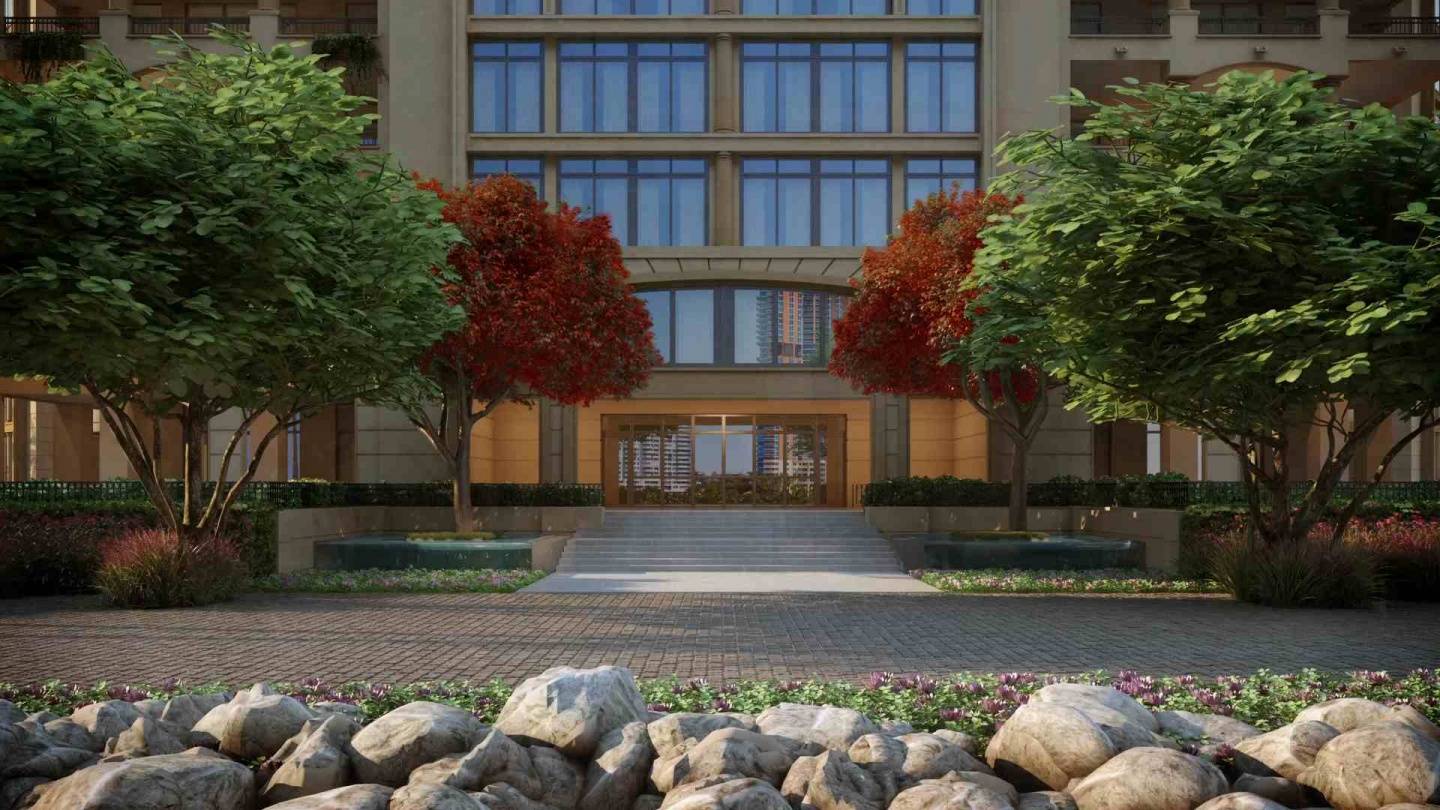 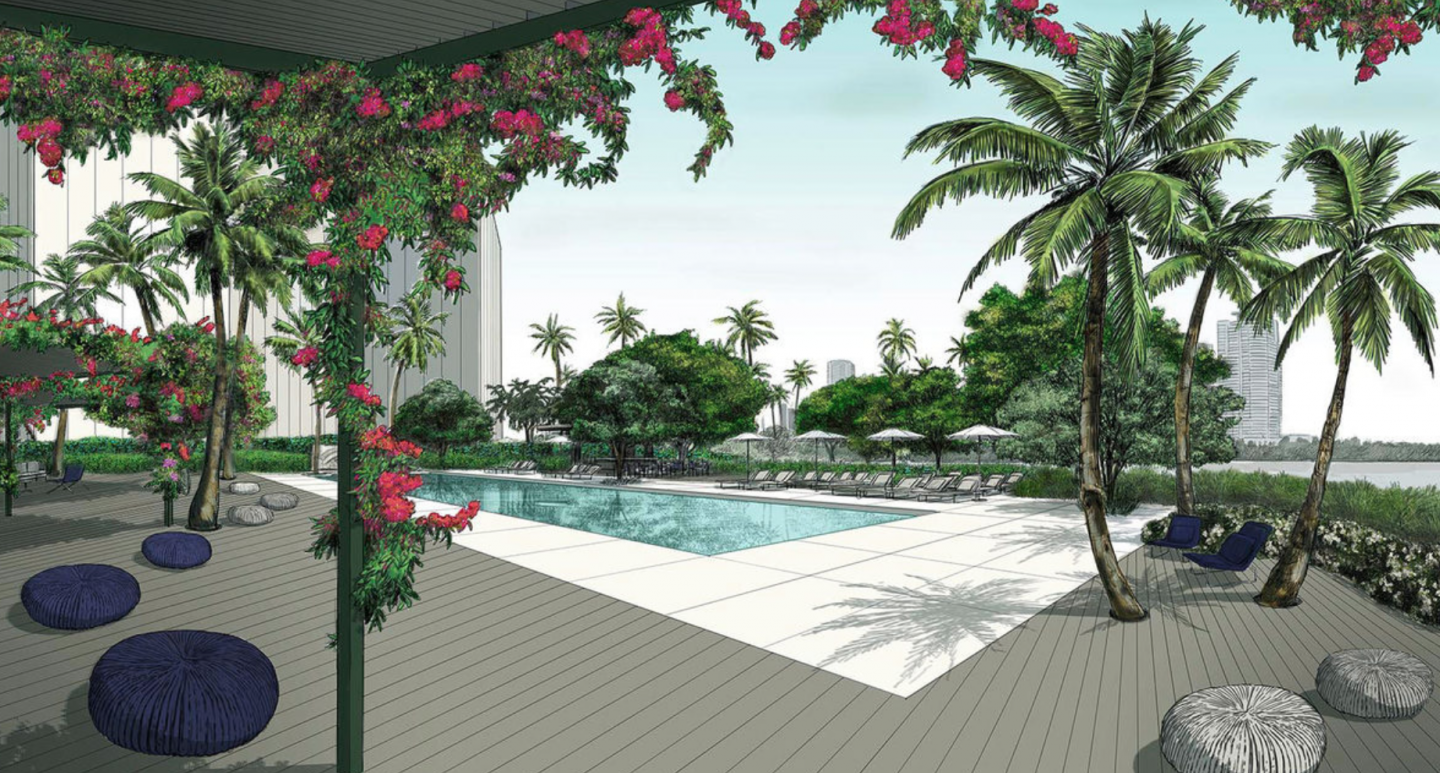 A rendering of one of the condo’s pools. 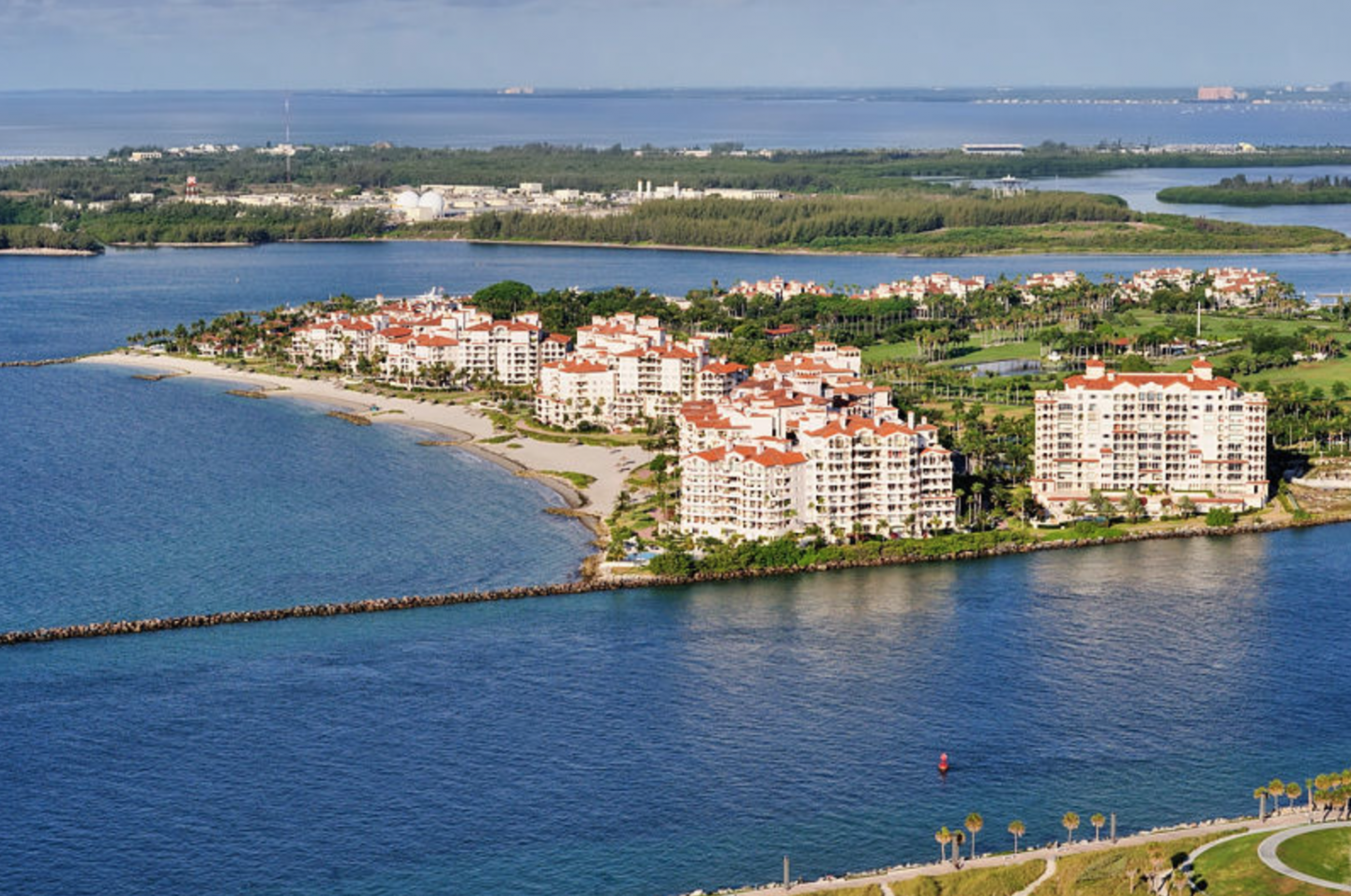 Fisher Island’s Palazzo del Sol will sit at the channel entrance to Miami harbor, where the bay meets the ocean. 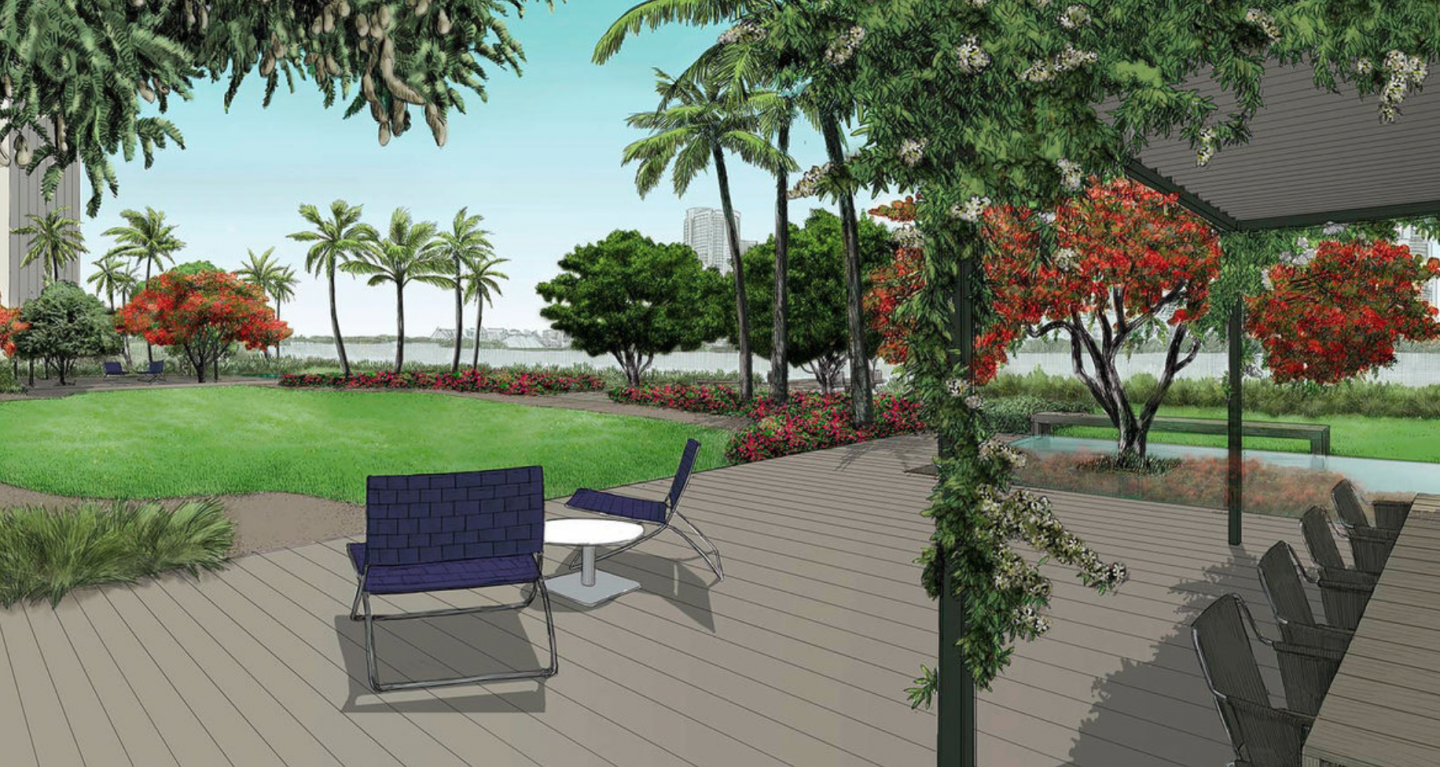 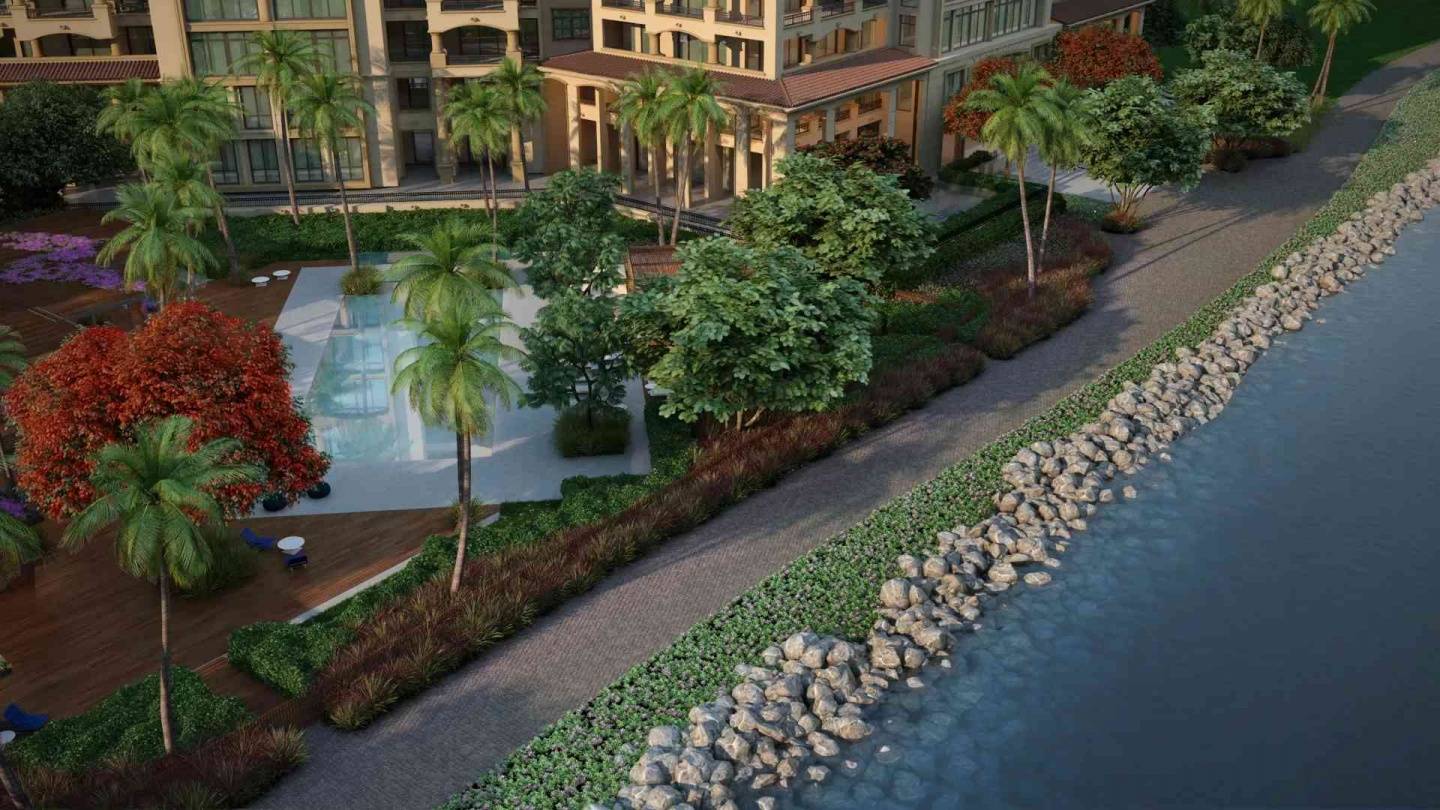 Current Fisher Island residents get first dibs at condos in Palazzo del Sol. It will be the newest and luxurious residential development on the island.

“Our vision for the final development on Fisher Island harmonizes with the community’s existing Mediterranean-inspired style, while taking into consideration the sensibilities and needs of the new era of buyers coming from the United States, Europe, Latin America, Russia, Asia and the Middle East,” said von Hanau, who, according to the official fact sheet, secured power broker Dora Puig to head sales along with an elite team of brokers internationally renowned for selling Miami’s highest-priced trophy penthouses with private rooftops and single-family estates.

Condos range from $5 million for three-bedroom residences to a $32 million penthouse, according to Curbed. Current plans call for no more than six units per floor, but von Hanau said in a press release that some early buyers purchased multiple units with the intent to combine them into larger residences. According to The Real Deal, $45 million in financing has been secured for Palazzo del Sol, which is reportedly the first of two planned 10-story buildings (13 floors counting the lobby, underground parking and rooftop pool). 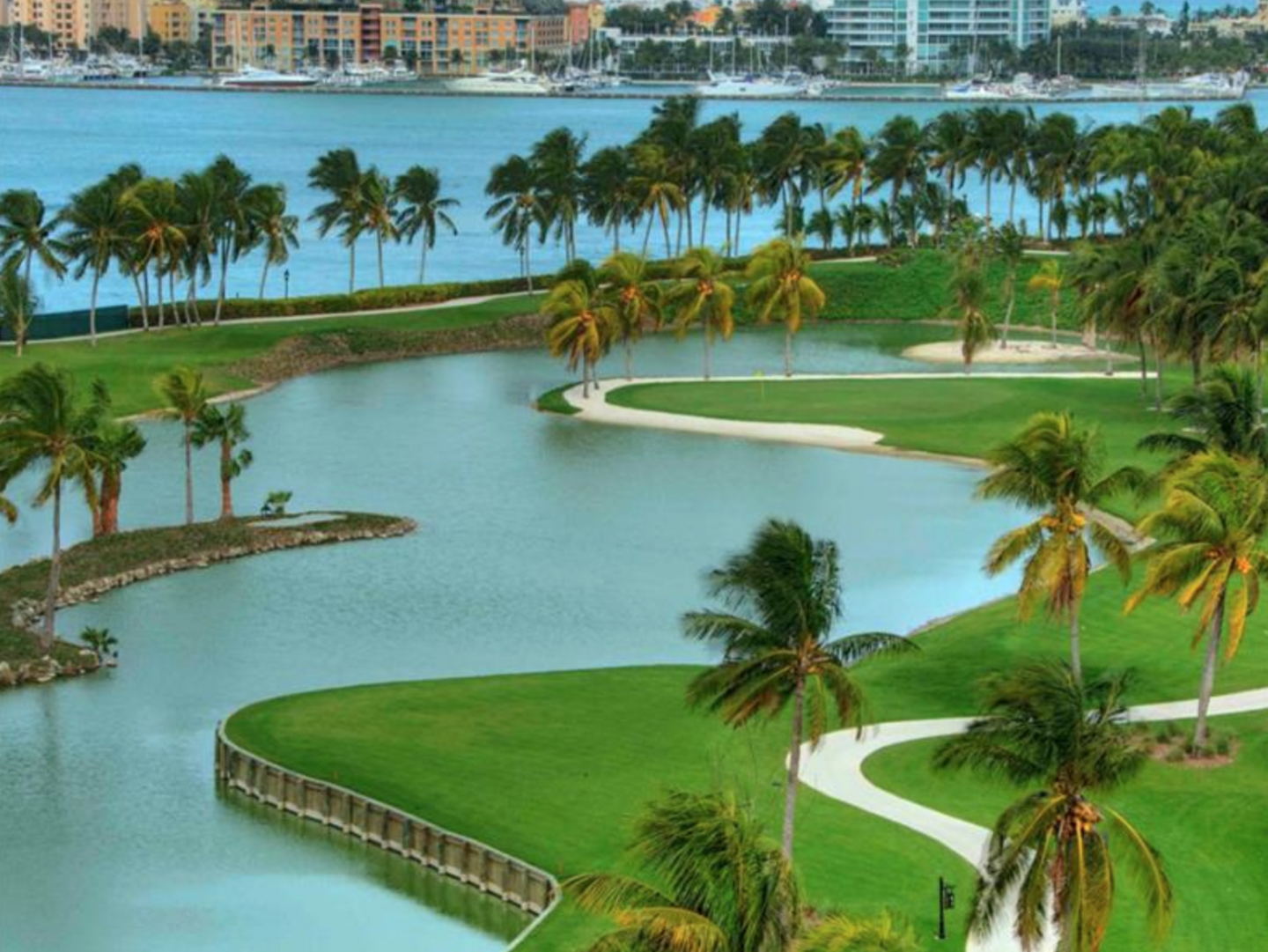 Aerial view of Fisher Island, the exclusive and most private of paradises. 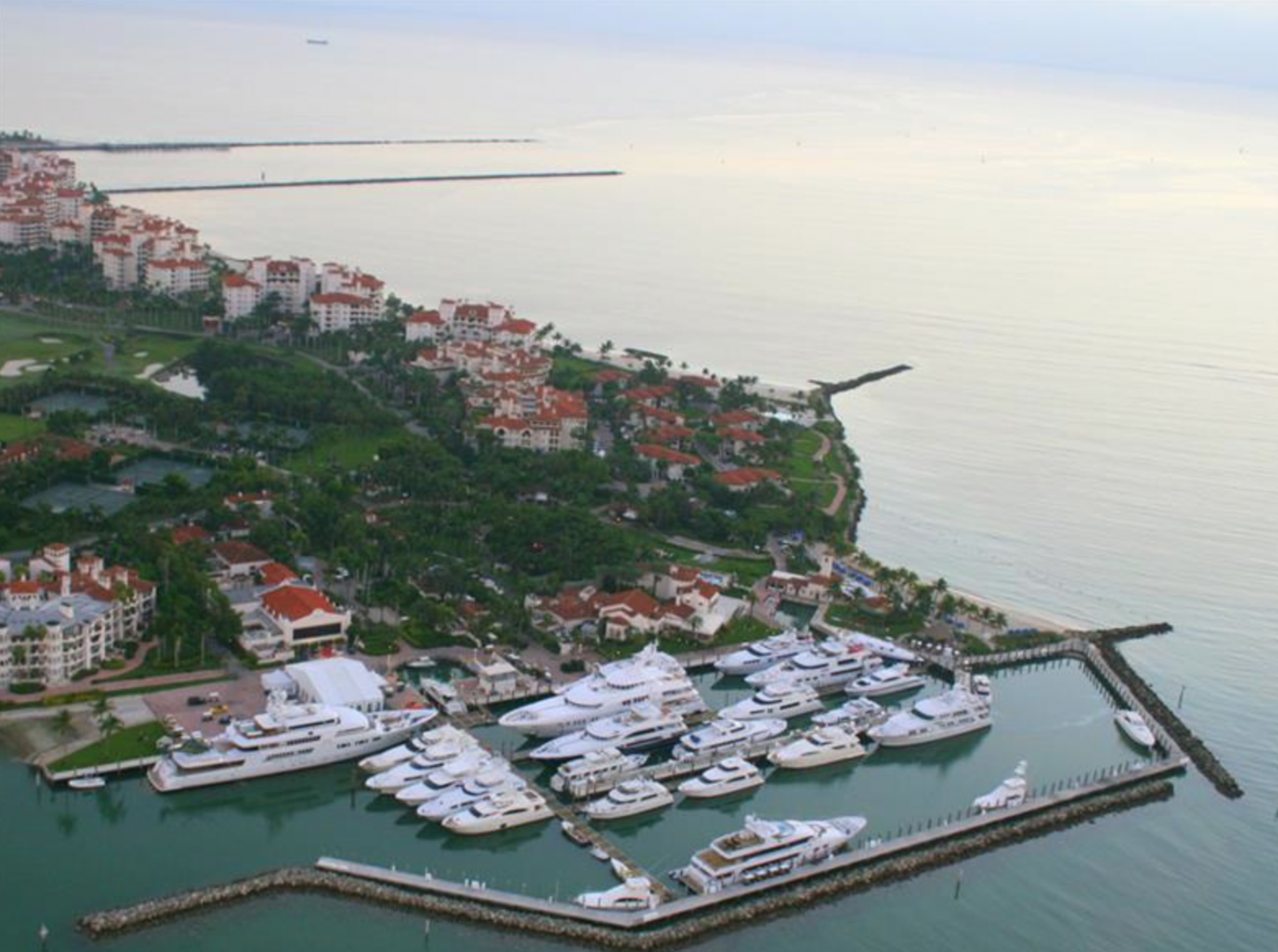 Fisher Island has a deep water marina for yachts, where slips are said to cost at least $1 million. 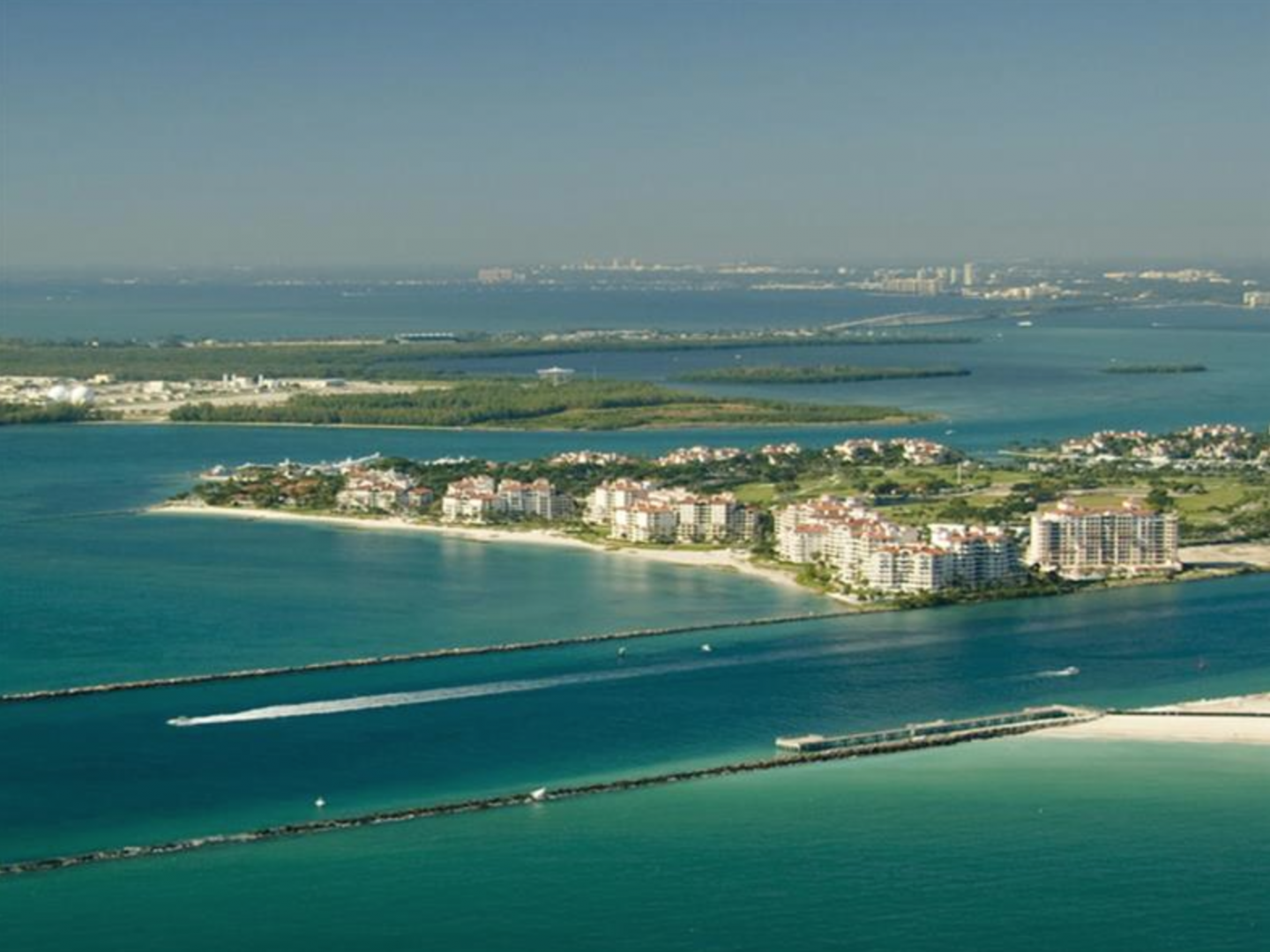 Fisher Island out was created out of sand and mangroves when a channel was cut through the bay, as ordered by Congress.

Miami Beach developer Carl Fisher, for whom Fisher Island is named, bought the island in 1919.

Fisher Island was created in 1906 when the U.S. Congress ordered construction of Government Cut, which opened a more accessible shipping lane for commerce between the Atlantic Ocean and Biscayne Bay. This channel across the bay developed the island out of sand, coconut palms and mangroves. Fisher Island is named for Miami Beach developer Carl Fisher, who purchased the land in 1919 and quadrupled the island’s land mass. Now the seemingly last parcel of land up for sale again—this time in a luxurious building named for a sun palace.

But here, where privacy is paramount, you’ll never find out where the Fisher king—or queen—resides… unless you count Oprah’s residency.