If walls could talk, I might better understand the need to tear down legendary actor Glenn Ford’s long-time Beverly Hills home. Much of Hollywood’s Golden Age was played out in this house and Ford, probably best known for his Westerns, was Hollywood’s No. 1 box office leading man and heartthrob. Celebrities hung out here, parties were lavish and wild, you came to see and be seen. This was Hollywood the way it used to be, and probably minus copious amounts of white powdery substances.

Glenn Ford died in 2006 and his son Peter, who moved in with his aging dad several years before so that the actor could spend his final days at home, just put the home on the market for $7,995,000.

“I grew up in the epicenter of Hollywood’s Golden Age, but for me, it was all I knew. Today, I look back and go ‘Wow!’ but while it was going on, it was just normal for me.” Normal was sitting on Mary Pickford’s lap and being taken by mom Eleanor Powell over to Fred Astaire’s for lunch. I like it. 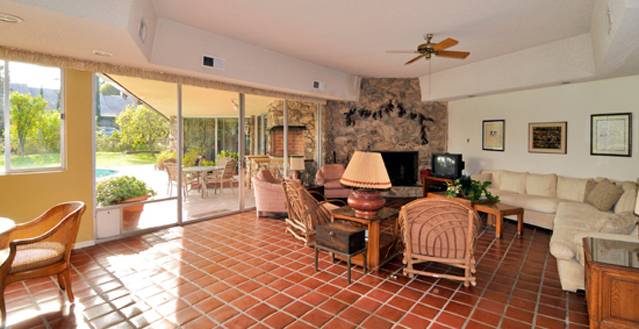 So why isn’t Peter Ford—a distinguished builder of custom homes, including Frank Gehry’s Schnabel House—just remodeling his Dad’s place? Perhaps too many memories and perhaps a simple truth: This isn’t your father’s Beverly Hills any more.

“Beverly Hills has changed. It’s no longer the small town it once was,” Ford says. Hard to imagine Beverly Hills as a small town, albeit one filled with celebrities at every corner?

“That’s what made it so special to be here,” Ford says.  Celebrities were neighbors, friends of the family, the folks you ran into at the local watering holes.

Ford’s framed collection of more than 150 signed autographs decorates one wall of this 8,500-square-foot mid-century. The home was designed by New York architect Robert Lazier with a “whole lot of input” from Glenn Ford.

Interestingly, there are very few 90-degree corners in the house and in the master bedroom suite alone, there are 22 different angles. It was a metaphoric way to say, “Don’t box me in,” Ford said of his father’s design insistence. 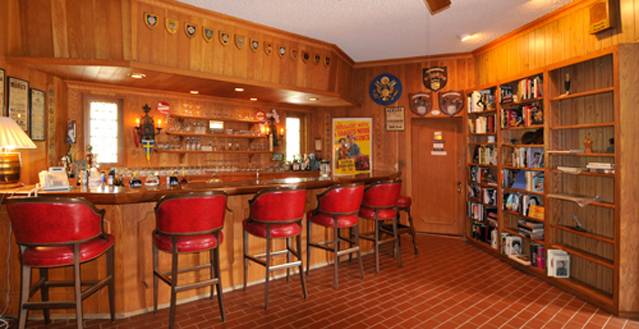 Glenn Ford’s romantic liaisons are well documented, including by his son who has written a book about his father’s life. Long-time girlfriend Rita Hayworth bought the lot next door and, in a Peyton Place maneuver, built her home on it. The two starred in five movies together.

There was also the painting that Peter Ford found after his father’s death that detailed a night spent with Marilyn Monroe. It occurred on the evening Glenn Ford presented her with a Golden Globe for leading actress for her role in Some Like it Hot. As Ford tells it, the after-awards party was at “Dad’s place” and Monroe entered the home and was immediately mesmerized by this particular painting. Much Champagne flowed and they spent the night together, but much to Monroe’s disappointment, the painting was not gifted to her come morning. She left and the painting stayed. In fact, he scribbled details of the encounter on the back of it.

So getting back to my plea, if a painting can speak such volumes about Hollywood’s history, imagine what the walls would have to say.