Chairman and co-founder of Oaktree Capital Howard Marks has placed his eight-room condo at the Ritz-Carlton in New York on the market for a whopping $50 million.

The Ritz property just listed was open space when Marks purchased it back in 2007. He paid $18.9 million for the space then, and over the last several years it has been finished into turn-key condition. The condo features parquet style floors of silver over wood. 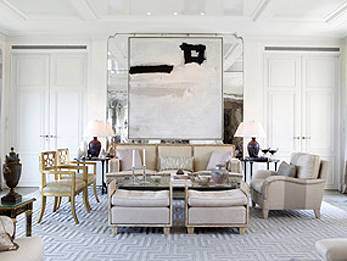 Architectural Digest showcased the property in its March 2011 issue.

Marks made New York real estate news back in May when he purchased a Park Ave. duplex for $52.5 million. The price was a record setter for a New York co-op.