Malibu real estate is to reason what Kim Kardashian is to modesty. The place where the streets have no limit has raised the stakes again. A $110 million home sale has become a new record for Los Angeles County. Located on famed Billionaire’s (Carbon) beach in Malibu, hotelier Peter Morton (co-founder of the Hard Rock Cafe chain) sold his oceanfront property to natural gas billionaire Michael S. Smith and his wife Iris Smith.

Annual property taxes for the residence are over $1 million. Recent comps are $15 million lower — two properties, which sold for $85 million within the last 18 months. The area once known as a getaway for Hollywood celebs has become a haven for tech and business billionaires. In fact, one of the area’s most prolific investors is Oracle founder Larry Ellison who has amassed a fortune in prime real estate and helped drive prices up around Carbon Beach.

Michael Smith’s new home, which comprises two parcels with two structures, is sandwiched between two Ellison properties on a half acre with over a hundred feet of beach frontage. It has 8,000 square feet of living space, including seven bedrooms and nine bathrooms. Yes, it’s price is staggering. But everything is relative. 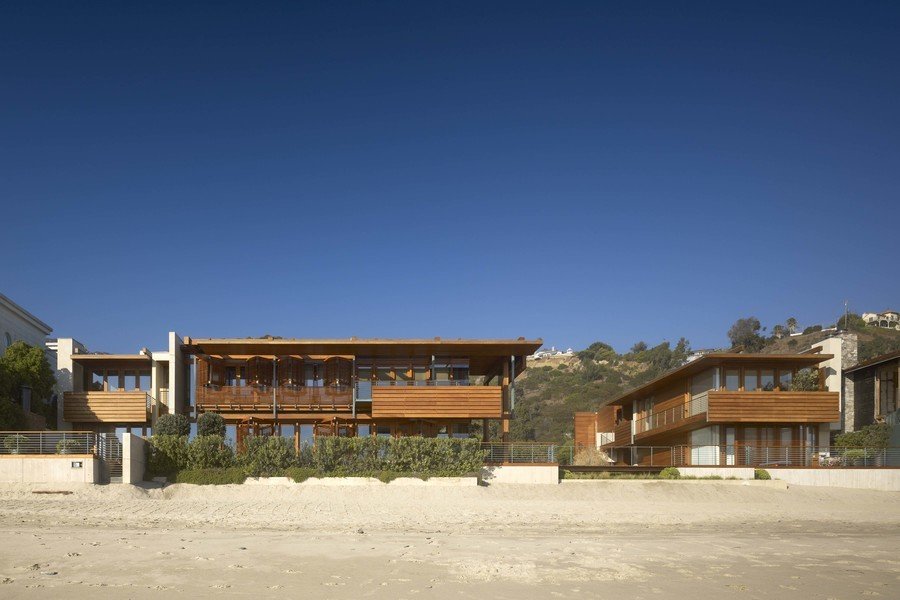 “There are never going to be that many giant sales [in Malibu], because there are only so many homes that have a lot of beachfront and multiple parcels," Jack Pritchett, co-founder of Malibu-based brokerage Pritchett-Rapf Realtors told the LA Times. "We can say $110 million is a joke, but you can't find multiple-lot properties like Morton’s."

The seller Morton was no newcomer to the area. He acquired his two properties over the previous 30 years paying a comparatively low $5.6 million for both, hiring architect Richard Meier to reconfigure the compound, covering it in teak, facing wrap around balconies towards the ocean.

The LA market has been on fire recently with some astronomical asking prices — such as $200 million for The Manor, a 56,000-square-foot, 123-room mansion built by television producer Aaron and Candy Spelling and currently owned by Formula One heiress Petra Ecclestone. In 2016, Hugh Hefner’s Playboy Mansion sold for $100 million, which was the previous highest sale in LA County.

However, when a super-high-priced homes hit the market, sellers have to be prepared to wait for the right buyer or reprice. A huge Bel Air mansion hit the market last year for $250 million. No buyers materialized and now the property has come down by $62 million.

Undoubtedly, the most outlandishly priced LA home is a place named The One, built by luxury developer Niles Niami. Price tag: $500 million. In a story that seems scripted around the 2008 financial crash, such ostentatious real estate is even out of the price range of most of Hollywood’s elite, attracting a select few tech billionaires. It all seems a little obscene when LA Country is undergoing a housing crisis with the homeless population rising about 57,000.

“Anyone who buys one of my homes is making a statement about who they are. These properties reflect LA living at its finest,” the 50-year developer, whose other clients include Sean Puffy Combs and the Winklevoss twins, (of Bitcoin fame), told The Guardian newspaper.

Haven’t we seen this all before?