John Legend And Chrissy Teigen Sweep Back In, Buy Penthouse On Broome Street

Long before John Legend and Chrissy Teigen were even born,in the 1800s in New York City, horse-drawn carriages were everywhere–as ubiquitous as yellow cabs on the streets today. The epicenter of carriage making was Brewster and Co., America’s finest carriage maker, located in the building at 372-374 Broome St.

A lot has changed in 200 years. Horse-drawn carriages have been reduced to a tourist novelty around Central Park and The Brewster Carriage House on Broome street is now a fine example of Nuevo vintage design in New York. 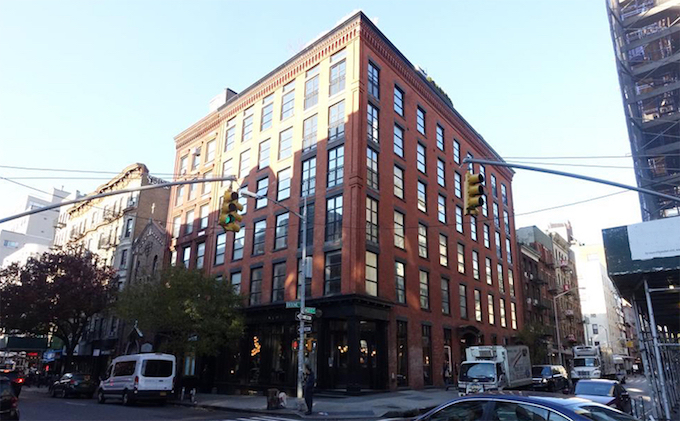 The building that stands at the intersection of SOHO, the lower East side, and Nolita has so much charm that power couple John Legend and Chrissy Teigen have bought into it for the second time.

Their first one-bedroom apartment was sold in 2016 for $3.9 million, but they must have missed the orange bricks and white oak floors because in May of this year they purchased one of the penthouses.

The condo only has 9 units and now John Legend and Chrissy Teigen have lived in two of them.

Brewster Carriage House is a great reconstruction story. From being a factory to almost being demolished, to being restored with museum-like precision by artist and developer Ross Morgan, the building represents New York’s Lower Manhattan luxury boom. 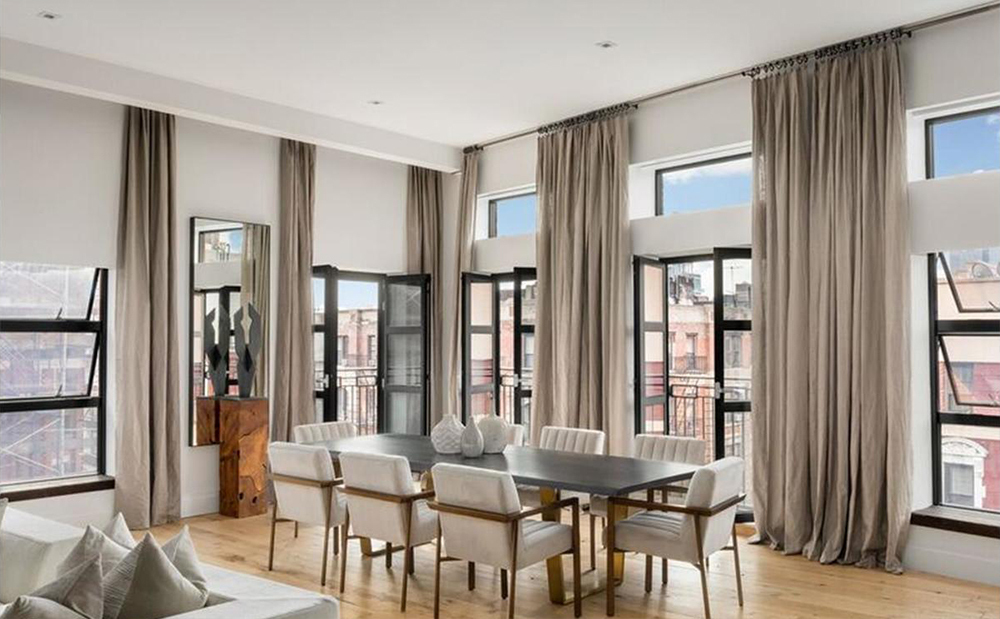 Chrissy can watch re-runs of her show Lip Sync Battle on the retractable 133-inch projection screen. While John’s Grammy-winning songs can accompany the passing clouds when played through the outdoor sound system installed on the private landscaped roof terrace. 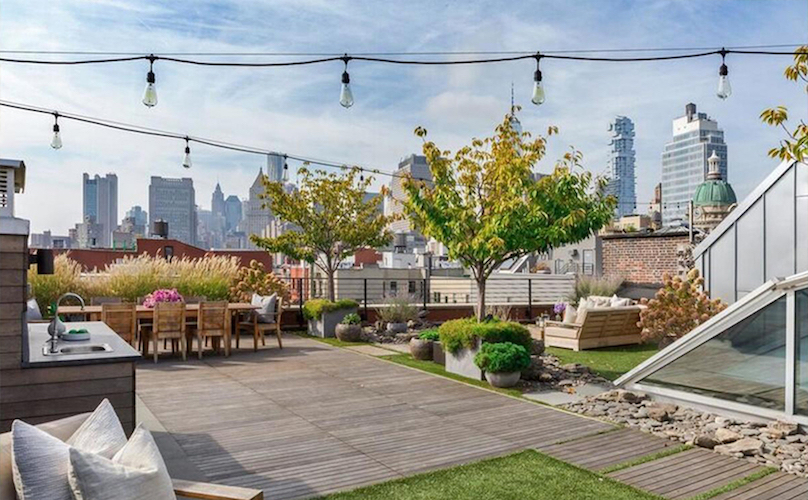 The entire building is also green-energy efficient and wired for smart home technology. Adjusting the thermostat, raising the shades, and a host of other conveniences can be accessed via an app on the phone.

The fixtures in the apartment seek to honor the building’s history while also providing a richly detailed quality. There’s a copper-railed staircase framing a glass-fronted wine closet. The kitchen includes a natural quartz island surrounded by bespoke iron-faced cabinets.

A series of Juliet balconies off the living and dining areas encourage the opening of French doors to let a cocktail breathe. Industrial-yet-refined is the vibe here. Wood grains mingle with custom ironwork and exposed brick modernly offset by white walls in a setting fit for an R&B crooner and his media-savvy wife. 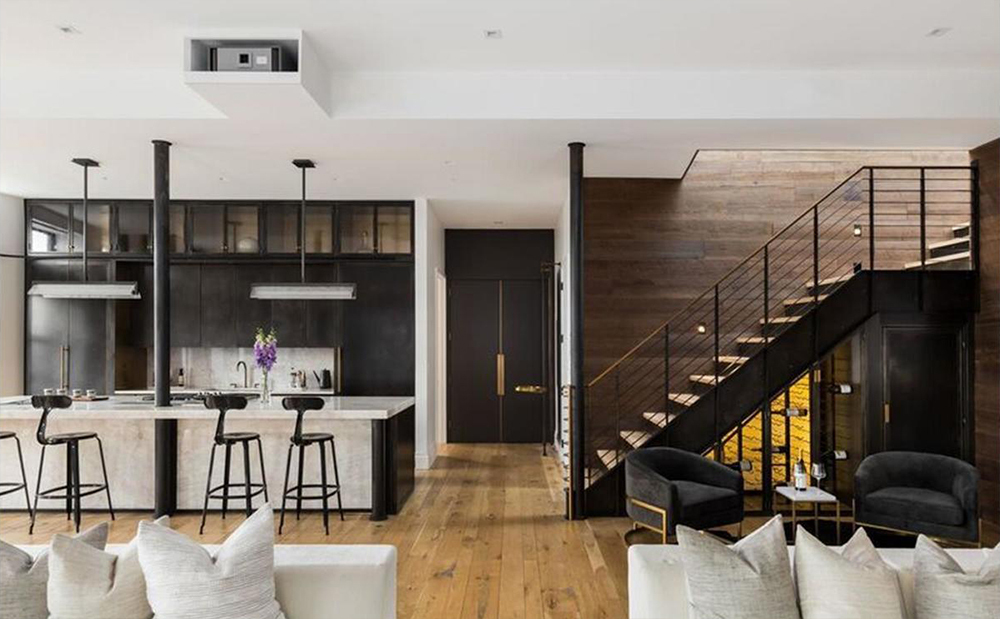 If John, Chrissy or their kids get hungry they won’t have to go far. The block that The Brewster Carriage House anchors is encircled by high-rated and eclectic dining options. There’s authentic Greek yogurt, old-world Italian, a Ramen noodle house, and Indian food only a few feet away.

Chrissy and John are based out of LA, where they purchased Rihanna’s former mansion in 2016. When they do stay on the East Coast, this penthouse provides a desirable balance of style, comfort, and class. No wonder they came back to Broome Street.