It’s summer. Which means Jerry Seinfeld and his family are at the East Hamptons house the comedian bought from Billy Joel for $32 million in 2000. 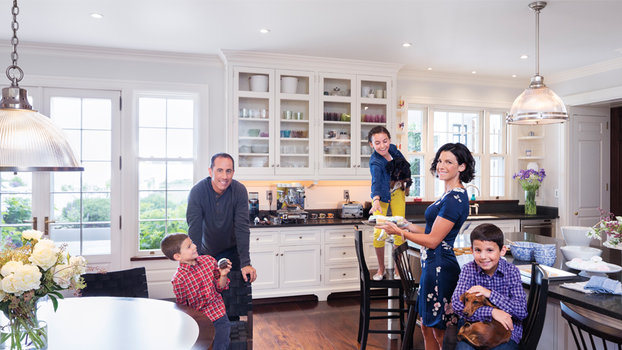 The 12-acre estate includes a large manor house with its own pool and garden, a guest house, the main pool, a barn, and a baseball diamond that Mets fan Seinfeld added shortly after moving in. Located on Further Lane in Amagansett the property is actually located close to the Long Island house that “The Hamptons” episode on the last season of Seinfeld was filmed. Kramer got in trouble for stealing lobsters out of someone’s trap on that show–wonder what real life hijinks have happened on Jerry’s stretch of beach?

Jerry and Jessica frequently play host to friends and family who stay in their guest house. However, even though Jessica called their living room “party central” when InStyle stopped by for a tour in 2014, the Seinfeld’s seem more like the subdued coffee talk crowd. In fact, Jerry’s other successful foray into television, Comedians in Cars Getting Coffee just entered its 10th season–now on Netflix. 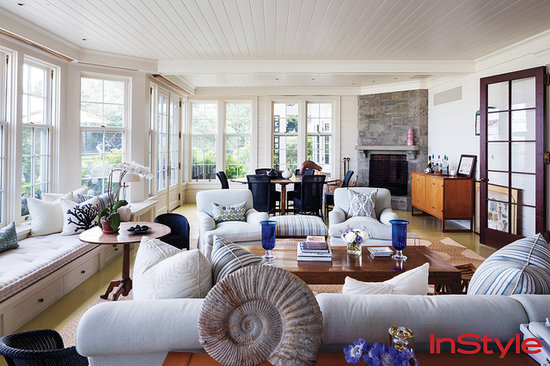 The show is a natural fit for Jerry Seinfeld, who is a car fanatic. At one time, he was the largest private collector of vintage Porches in the world. His current collection has over 150 cars that he keeps in a custom $1.4 million garage on the Upper West Side of Manhattan. 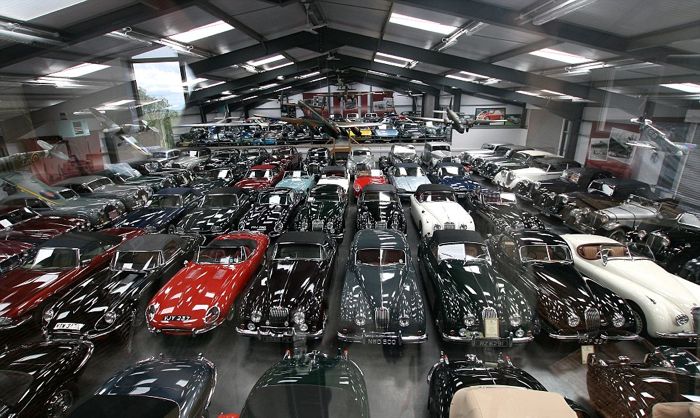 While his 22-car Hamptons garage may not be that full, the kitchen in the main house gets plenty of use. Jessica is the author of a line of successful cookbooks. Although, her culinary skills probably aren’t stretched too much making Jerry’s favorite dish: egg noodle mac and cheese. And all of that coffee drinking Jerry does on television? It isn’t for the show. The Seinfelds have an Elektra espresso machine that gets fired up daily. One of their favorite homebrews is Black Cat espresso by Intelligentsia.

There is a staid simplicity to Jessica’s home decor, “Jerry and I are the least formal people,” she said in an interview a few years ago about her decorating style. Maybe the mundane is refreshing for Jerry who became the richest comedian in the world by pointing out the observational absurdities of life. 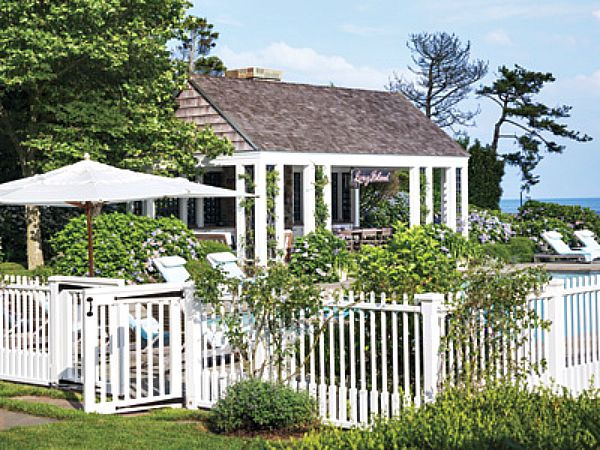 Despite the fact that Jerry once joked, “there is no such thing as fun for the whole family,” the Seinfelds like to do just that: eat family meals outside under the pool pavilion or have conversations with their teenage kids indoors. For a man worth over $900 million, there seems to be a part of Jerry that never really left his humble Massapequa roots. You can picture him out on that baseball diamond tossing a ball around with his kids, pretending to be Keith Hernandez when he played for the Mets.

Jerry and Jessica have been together for 19 years and seem to balance each other out. She stays busy with her GOOD+ foundation that works to break the cycle of family poverty, while Jerry decides which rare and amusing classic car to pick up one of his comedian friends in on television. Though he obviously enjoys time alone at home, Jerry seems happiest when he’s behind the wheel of a great car. He likes to say, “To live is to keep moving.”