Consider this your primer on how to live like an NBA Champion. Players like Lebron James, Dwayne Wade, and Tony Parker have not only won rings, they've collected some pretty awesome properties as well.

If you want to be the best, you've got to beat the best, but when it comes to living large - these champion ballers set the bar really high. Here's what you need to do to live like an All-Star.

Drive Up to Your Tuscan Villa like Andre Iguodala 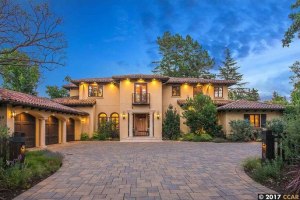 The Golden State Warriors Star picked up this Tuscan charmer in 2017. The wide stone driveway leads up to a handsome home that could have been plucked right out of a vineyard countryside (this one happens to be across from a bike path).

There's a veranda leading out to a resort-like pool and spa combo in the back. This mansion in the old world classic style fits the Warriors champion swingman who knows the difference between just getting rich versus creating life long wealth.

Get Married in a Modern Castle Like Dwayne Wade 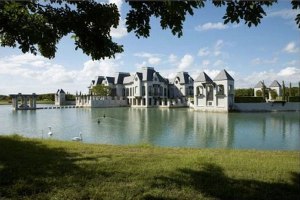 When Dwayne Wade and Gabrielle Union tied the knot in 2014, they did it in the biggest way possible - by having the ceremony in a modern Miami castle surrounded by a huge moat!

This one-of-a-kind Florida estate boasts 8 bedrooms, 7 bathrooms, and water all the way around. Constructed in 2007 and designed by famed architect Charles Sieger, Chateau Artisan is the place for a hall of fame baller to settle down with his famous bride.

Inside, the twenty-foot high ceiling and gothic chandeliers will make any husband and wife feel like a newly crowned king and queen.

Summer Vacation on Your Super Yacht like Tony Parker 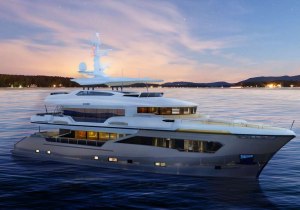 A Turkey-based builder made this ridiculously sleek yacht for former NBA champ Tony Parker. This luxurious boat has six cabins, four decks and a beach club that opens out onto a wide swimming platform.

If Mr. Parker or his wife should require anything other than looking dope on this amazing yacht - it comes with a six-member crew to tend to their every need.

Eat in Your Custom Chef's Kitchen like LeBron James 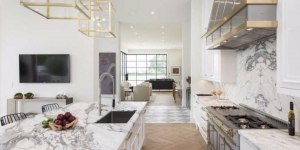 LeBron is sitting out of the playoffs this year (which he hates) but at least he has more time to enjoy epic meals in his marble-covered kitchen.

Natural French oak parquet court floors and smooth Italian Calcutta marble form the perfect luxury duo for serving up some of LeBron's favorite meals - even if he's just dunking his spoon in a big bowl of cereal.

These NBA Champs have learned how to win big in the playoffs and off the court.