According to the deed filed with the county and accessed on Property Shark, Mr. DiCaprio closed on the home in March using a trust. He has numerous high-end properties, most of which are rented out, in the Los Angeles area. Seller Moby took two years to rehab the 4,644-square-foot, 1920’s manor-style home which is referred by listing agents, Patrick Martin and Gwen Banta of Sotheby’s International Realty as “Moby’s Los Feliz Masterpiece.” The rehab, while well done, is nothing spectacular. White walls, a white kitchen and light wood flooring are offset by stonework and bean pool outside. The property sits on a quarter-acre lot in hillside neighborhood of Central L.A. behind a thicket of trees and hedges. 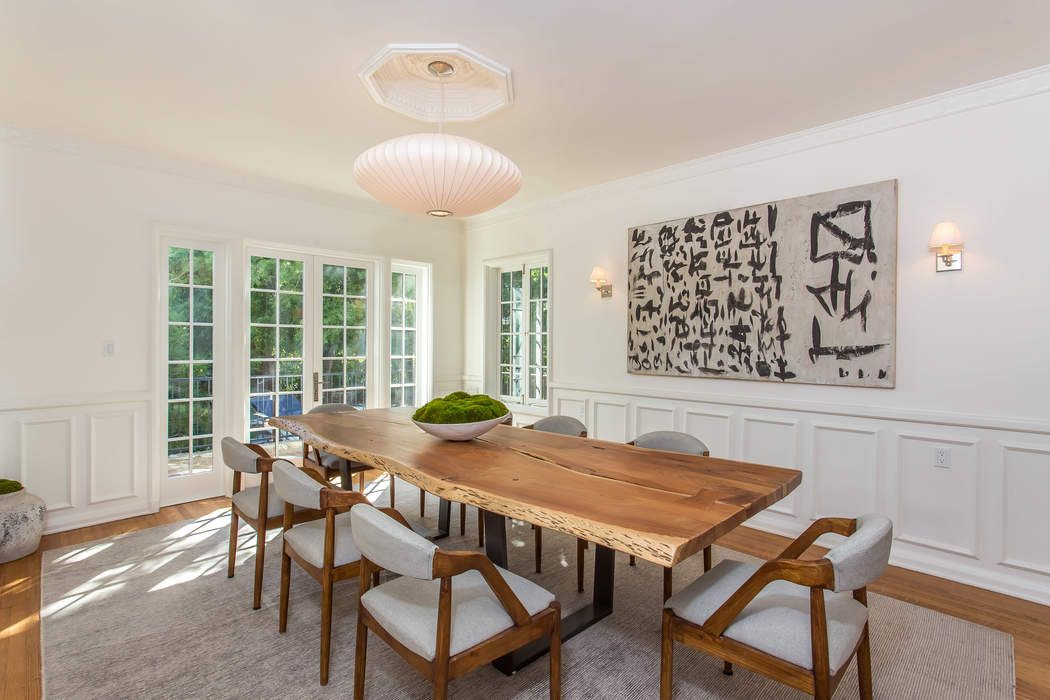 DiCaprio has proven to be a voracious real estate investor and his properties range from high-end New York condos to suburban LA area family homes. The property was on the market for only a few weeks when he snapped it up in March. Moby paid $3.4 million for it two year prior. According to the Los Angeles Times, the actor purchased the home for a family member and won’t be living there. Lucky family member.

DiCaprio seems to collect homes like he does supermodels’ phone numbers. A few of the prized pieces in his property portfolio include a Hollywood Hills compound he purchased in 1994 for $4 million (it’s actually two side-by-side properties, one of which was purchased from Madonna for $2 million) and which he has rented to actor pals.

A beach bungalow was purchased in 1998 for $1,775,000. The modest three-bedroom two-bath home with 1,765 square feet also has a deck, hot tub and views of the Pacific. The actor listed the home in September for $10.95 million before trimming a million off the price and then taking it off the market deciding to use it as a rental.

He also owns a Battery Park condo, which he first purchased in 2008 for $3.67 million and then the unit next door in 2014 for $8 million. “Riverhouse, One Rockefeller Park,” 2 River Terrace in Battery Park is a building filled with eco- and health-conscious amenities. Filtered water, air, a yoga studio and more have seen fellow celebs like Tyra Banks and Oliver Stone take up residence.

The 43 year-old A-Lister also has a 7.022 square-foot Palm Springs pad, which he purchased in 2014 for $5.2 million. It’s old-school Hollywood glam: Built in 1964, the six-bedroom, seven-and-a-half bathroom spread had a guesthouse, pool, gym, tennis court and mountain views. It’s currently a vacation rental priced at $3,750/night. 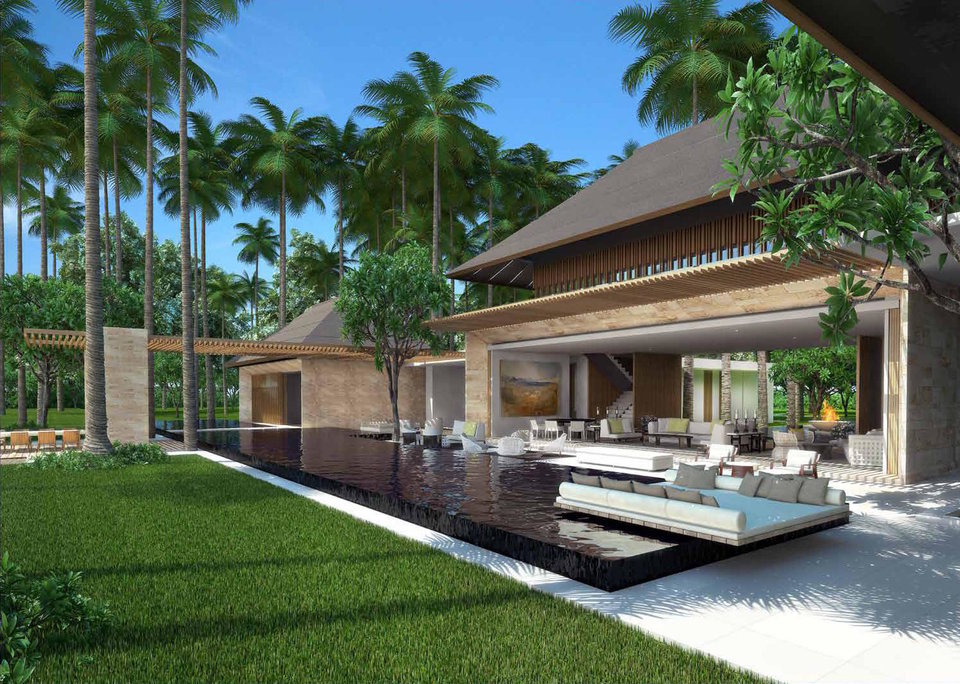 By far the most impressive piece of real estate in the DiCaprio portfolio is one of his cheapest. He purchased an island near Belize in 2005 for $1.75 million. Blackadore Caye is being developed along with partner Paul Scialla, into an eco-friendly resort and is due to open this year. Initial renderings show it to be top-notch luxury. But the place will serve more than Michelin-rated food. The idea in buying the island was to preserve its ecosystem.

“We don’t want to just do less harm or even have zero impact, but to actually help heal the island, to make it better than before,” Scialla told the New York Times. A worthy cause, at a lofty price.