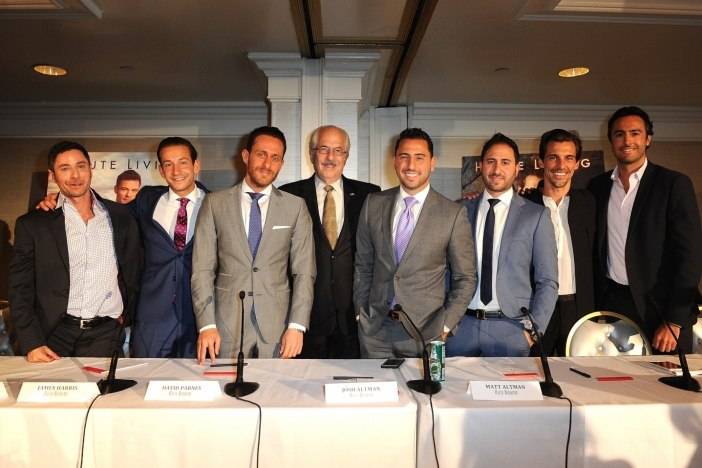 The first panel discussion with the “Power Players Under 40,” featuring Million Dollar Listing stars David Parnes, James Harris, Josh Altman, Matt Altman, and Madison Hildebrand, as well as Aaron Kirman, and Sandro Dazzan, focused the conversation on how appearing as a real estate professional on a reality TV show has affected their public image as well as their business and how to balance home and business life.

Timothy Lappen: Most of you on the panel have some involvement with reality television real estate. So, tell us. Has that been good or bad for you? Are you happy you did it? Are there drawbacks for the guys who aren’t in that? Do you wish you were? Are you happy you’re not? Do you want to talk at all about your experiences with television? 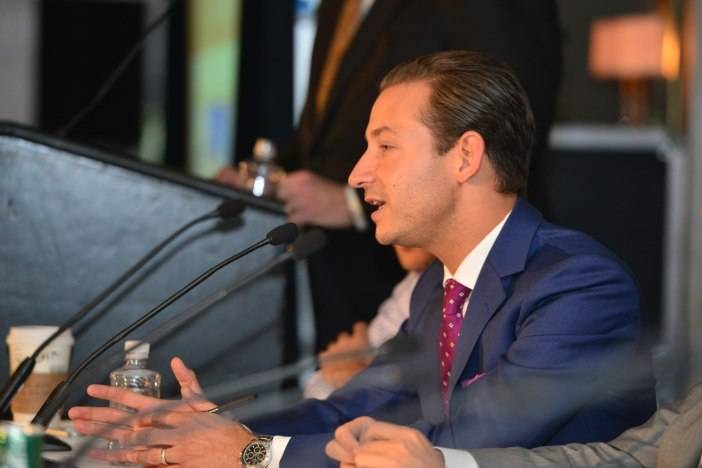 "I’ll tell you now that the power of television is mind-boggling..."–James Harris

James Harris: “I’ll tell you now that the power of television is mind-boggling…I had no idea getting into TV what it was going to bring. I remember when David and I got the call, I thought it was a big joke. I thought someone was winding us up…Now, our phone rings all the time. I think that your reputation is everything, especially in this business. And it’s so hard to earn a reputation, but it’s so easy to ruin your reputation. So, I think for us, with the power of TV and then meeting these clients in real life, it’s so important to be real to who you are and to carry that message to who your clients might be. But you know what, it’s been great for David and I. It’s done wonders for our business, and I’m very grateful for it.”

Josh Altman: “You can’t half it, which I thought I could do. I thought, Oh, I’m just going to do the real estate part; I’m not going to do the personal part…You can only get me selling the good stuff. You can’t do that, and you figure that out really quick that people don’t want to just see you sell houses and make money. They actually want to see drama…But at the end of the day, it’s not do I like that guy or not, it’s do I want that guy do represent me and my money?” 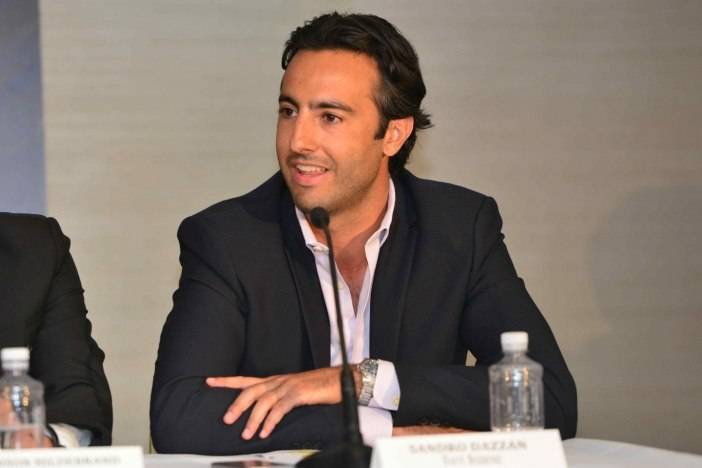 "I feel that a reputation is probably the most important thing that we have as real estate agents..."–Sandro Dazzan

Sandro Dazzan: “They approach me all the time to be on the show, and I always struggle with it. People say, Oh, there’s no such thing as bad press. Get the exposure. And I’m just always a little hesitant. I feel that a reputation is probably the most important thing that we have as real estate agents, and I just get a little nervous giving myself to a producer…I’m still thinking about it, but right now, I don’t think so.” 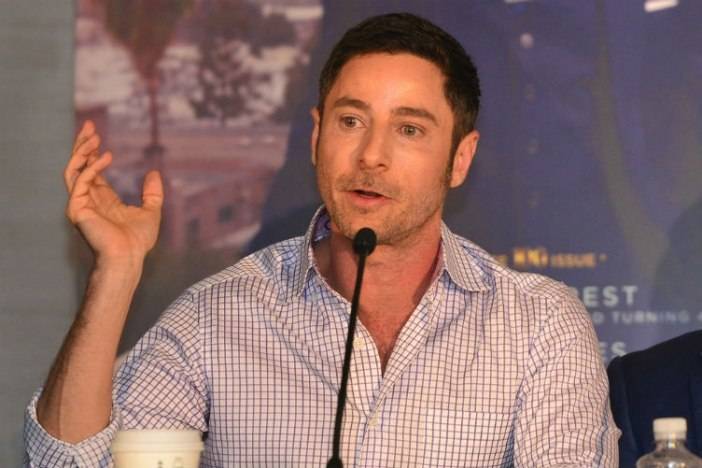 "...real estate is still who you know, who you have access to, and it’s a relationship-based business. Period.”–Aaron Kirman

Aaron Kirman: “There are a million different ways to get to the same destination. For these guys [referring to the stars of Million Dollar Listing], they happen to be great on TV, and that’s part of their persona, part of their life, part of their lifestyle, and they do a great job. For many other people, who are tremendously successful in our industry, they don’t want to do TV or the opportunity hasn’t presented itself, and they’re on top of the game.” 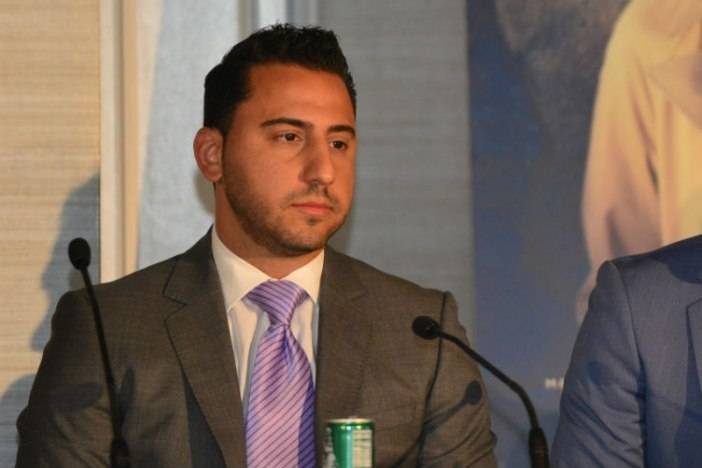 Josh Altman: “Let’s talk about what it’s done to our business in general and our industry in general; whereas, in the beginning people frowned upon it or as you said, in the U.K., sometimes they look down upon real estate agents…It’s turned real estate agents in the world of luxury real estate into rock stars. I get dozens of emails every week from people around the world–because the show plays in 70 different countries–of You inspired me to get into real estate. You inspired me to get off my ass, get out of bed, and start making money even if it’s not in real estate, and I just wanted to thank you…It’s got to a point where we feel like we represent all real estate agents on a global level and it’s a lot of pressure on all of us.”

Harris: “I’m just starting to learn now that between running what I think is a very successful business, filming a TV show; between having a South American wife and two daughters, I will gladly tell this room that it is virtually impossible. And you see this incredible show and what it becomes and there’s this drama and you see my wife and she’s telling me off and David and I are having an argument, and it’s all hahaha. Let me tell you, this is hard, bloody work…If I don’t actually learn to let go, and go home in the evening, and put my cell phone down for an hour, and put my daughters to bed, and read them a book, and give them a bath, it’s game over because if I lose them, I lose this. It’s clock work.” 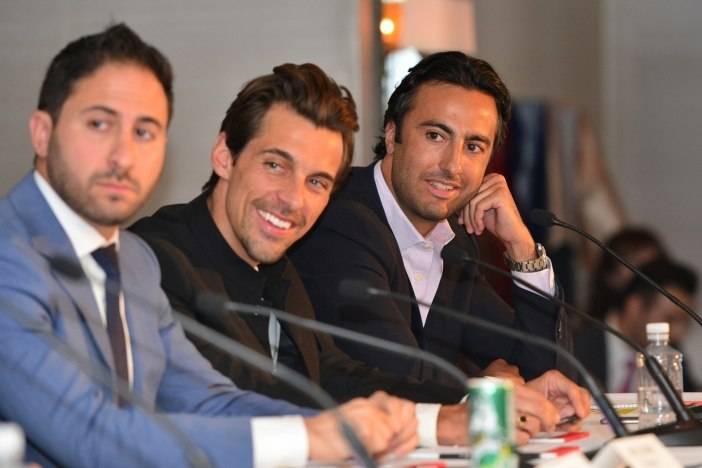 “Whether you’ve got a team or an assistant or not, you do have to learn how to delegate, and that is an actual learned task."–Madison Hildebrand

Madison Hildebrand: “Whether you’ve got a team or an assistant or not, you do have to learn how to delegate, and that is an actual learned task. It’s not something you necessarily are born with because most of us in real estate are Type A, and we like to control most of the situation…Let me just tell you how it really works. You’re your own secretary; you’re your own marketing advisor; you’re your own publicist; you’re your own negotiator; you’re your own every single part of the business until you can afford to have some help.” 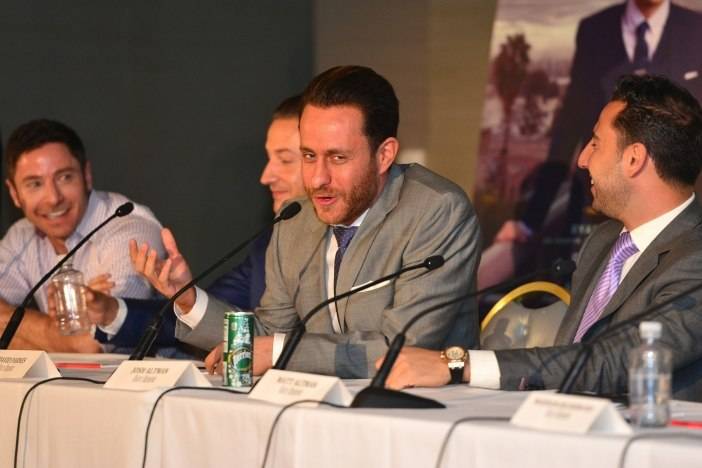 David Parnes: “Delegation and trust is huge. James and I were having a meeting with our team yesterday, which isn’t that big right now. We have a team of five in total, right now–soon to be six and will be hiring someone else for seven. Our biggest problem is that we did set up a company, and we did everything from the beginning. We didn’t have an assistant or anything. And I think gradually as you progress and know that you need to grow as a company, it’s imperative to delegate…If we build up a team around us, which we’re doing right now and be able to delegate and properly instruct ourselves as a proper company, we’re going to do tenfold the business because you’re giving the right tasks to the right people. You play to your strengths–speaking in front of people, negotiating deals–and you go away from your weaknesses…”

Lappen: How do you treat something that’s more difficult to find a buyer for because it’s more unusual? Or if you’re looking for people in other countries–I presume you rely on HauteResidence.com to list it–but do you use a drone, for example, or do you have very high-end, splashy ads?

Dazzan: Basics, I think. Professional, high-resolution still images are so powerful on the Internet. Of course, you’re seeing the drones and the video footage and these one, two, three minute videos with high production…cut to music, which are fantastic, I think, for international buyers. But a lot of buyers that are online, they just want to click through the photos really quick. They don’t want to sit and watch a two, three minute video. So again, back to basics. Just great, beautiful, still images are really powerful. But again, at the same time, for these luxury properties that are so huge that you can’t capture with a still image, I think with the video tours and the drones, and then cutting to songs and adding actresses and actors, you forget you’re watching a real estate video. You think you’re watching a movie, and I think that’s part of creating the experience that the property offers because you’re selling a lifestyle. So, if you can create that in the video, that’s powerful, and you can get the buyers to pick up the phone and call you.”

Lappen: How do you reach people in France and England? How do you reach these people so that they know who you are? Obviously with the TV show being shown in, what’d you say, 70 countries? That must be helpful. But otherwise, how do you market to people?

Kirman: “I think at the end of the day it’s really important to be in as many venues as you possibly can, nationally and internationally. That said, real estate is still who you know, who you have access to, and it’s a relationship-based business. Period.”

Josh Altman: “I think partnerships are super important as well. A big decision of Matt and I joining Douglas Elliman was because of there partnership with Knight Frank, and having that audience once you hit Europe because I think a lot of these people now are looking for a return of their investment, not a return in their investment. These are, like he said, lock boxes for these people.” 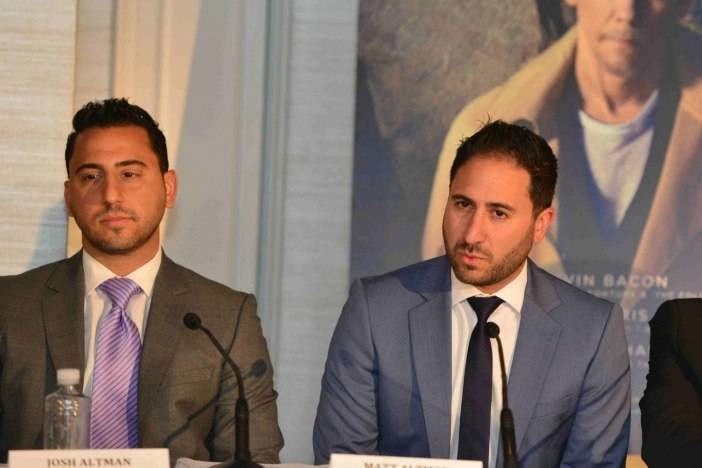 "If you’re a starting agent, the first thing you should do once you get your commission is pay your rent and get a website. Your website means everything."–Matt Altman (right)

Matt Altman: “I think the most important thing it also comes down to is your website. If you’re a starting agent, the first thing you should do once you get your commission is pay your rent and get a website. Your website means everything. They’re so cheap right now, and you can make them look so good. And then, figure out how to get some properties on them.”