The Clooney couple made quite an impression at the Royal Wedding of Prince Harry and Meghan Markle. George and Amal Clooney looked to possess every stitch of the sophisticated glamour you’d expect from a mature Hollywood icon with his international law expert and human rights crusader wife on his arm.

When it comes to the design of their five-and-a-half acre expanse on the Thames island of Sonning Eye in Berkshire, the Clooneys used passion, precision, and personality to renovate a 17th-century estate into a home that has it all. 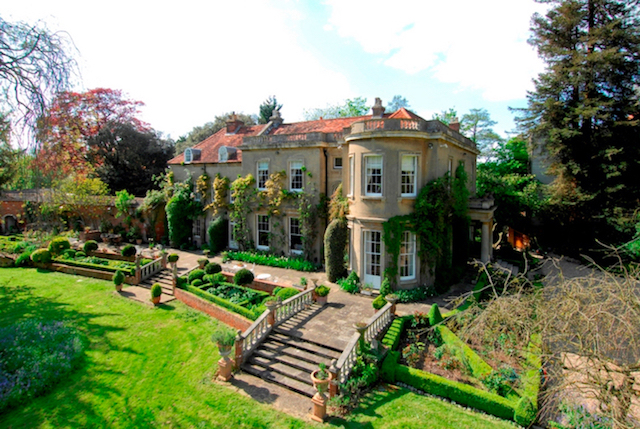 George and Amal Decorate With Things They Really Like

The Clooney’s prefer silver-framed family portraits and reminders of their past to priceless works of art.

A vaulted grand entry hall with Georgian molding leads to a more lived-in house with reminders of who the Clooneys are and where they came from.

There is a large painting of a giraffe (Amal’s favorite). It was during a giraffe encounter on a safari trip that George Clooney watched one of the graceful animals walk right up to Amal. The manner in which the giraffe singled her out of the group as a trustworthy soul, sparked something in George and he knew at that moment that he wanted to ask her to marry him.

George’s favorite painting is of his former beloved cocker spaniel, Einstein, styled as a Physics professor. This is not the type of art that commands million-dollar insurance policies – but it demonstrates the sense of humor and magnetic warmth the couple share.

Rooms in the Clooney home are functional. There is a formal sitting room for professional meetings and a cozier library for conversing with family and friends. Two children’s high-chairs hang from the ceiling for easy access in the kitchen. The twins, Ella and Alexander, whom Amal gave birth to last year in June, are a presence of lively joy in the stately home.

The adjacent glassed-in pool house has been dubbed “party central” and includes monogrammed bathrobes for the hosts and an old-fashioned photo booth for capturing candids of family and friends. Though Amal and George both keep extra office space upstairs, the pool house is mostly remembered for the 3am portraits of the famous guests whose revelry is captured and tacked to the wall. A 12-seat home theatre attached to the pool house is where George watches and edits films. It’s stocked with the couple’s favorite candy and a cinema-style popcorn machine. Amal is also collaborating with a colleague on a law book and often finds the pool house a preferable place to pore over notes. 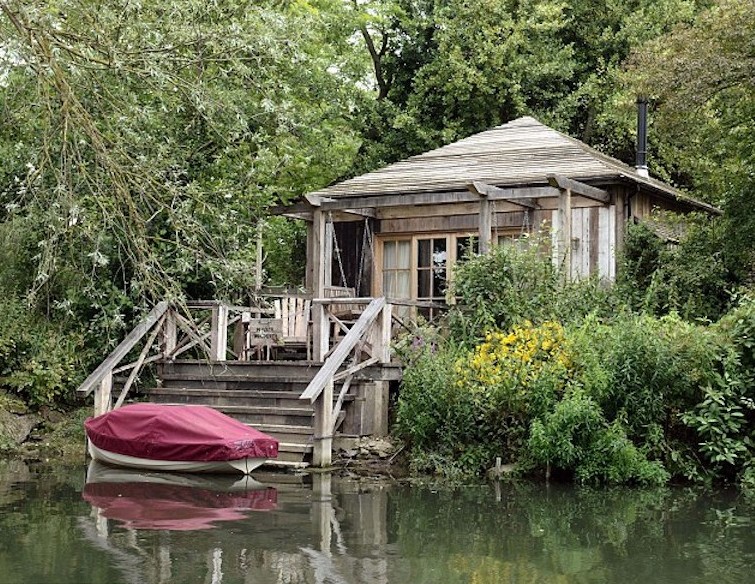 As a gift to her man, Amal had a wooden cabin built on the banks of the river. It’s an idyllic reminder of Clooney’s Kentucky roots. The hangout spot features a large porch with facing swings and a rowboat kept ready for lazy paddles up the river. The cabin is the perfect place to sip a glass of Casamigos tequila (the beverage company Clooney founded with two friends that they recently sold for a billion dollars).

Fitness is another focus of the couple and their property. There is a full gym in the main house and an astroturf tennis court hidden behind a cluster of tall trees. The Clooney’s had many mature trees planted around the property for increased privacy.

Walking paths through the manicured gardens provide peaceful views of the river and an abundance of shaded spots beg for a slow stroll to seek tranquility.

When renovations to the home and grounds caused months of noise and street disturbances – the Clooney’s made amends with the neighborhood by putting their next door neighbors up in a luxury hotel for a month and having the road that was damaged by construction vehicles re-paved.

George and Amal also hire staff from the nearby restaurants to serve at their home dinner parties, and the couple will regularly turn up for a pint at the neighborhood pub, The Bull Inn. When travel obligations slow down, they even try to catch a show at the Thames-side dinner theatre where George delivers pep talks to the thrilled local actors. 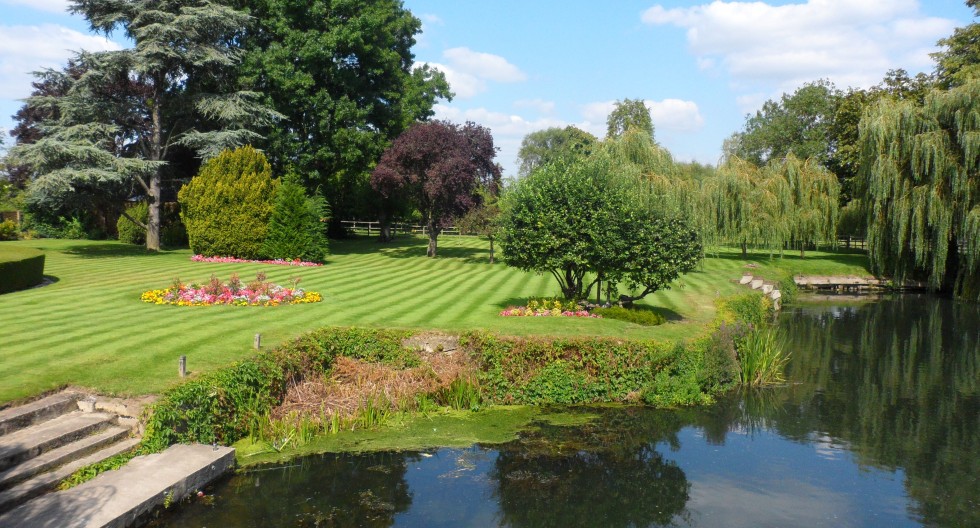 The tucked-away island known as Sonning on the Thames was described by novelist Jerome K. Jerome as “the most fairy-like little nook on the whole river.” When standing on Sonning Bridge, looking across the river at the little lights that dot the manicured gardens of the Clooney grounds at night, you might imagine mythical beings could live there. It definitely suits the real-life fairy-tale of George Clooney and his love Amal Amaludin.