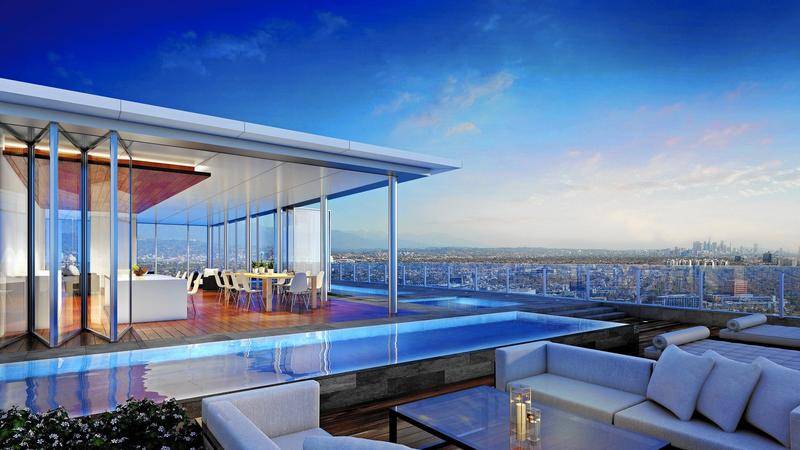 The LA Times reports that the as-of-now-titled Four Seasons Private Residences–Los Angeles, will feature 59 units, which will include multiple-story townhouses.

Slated to be some of Los Angeles’ most expensive condos, the as-of-yet-built complex, is projected to boast sales prices that are up to 50 percent higher than similar luxury condos in the surrounding area. The asking price for one penthouse is a whooping $50 million.

Housing a private elevator, garage, 9,000-square-foot garden, and pool, the extra swanky penthouse, which has already been reserved, will offer its occupants tons of exclusivity and privacy.