Abu Dhabi’s most luxurious villa is hidden under a carpet––a grass carpet, that is. Located on Zaya Nurai Island, a two-mile long resort island about 15 minutes by speedboat from Abu Dhabi, the property is tucked under a sweeping grass canopy on the island’s parameter. It also has its own private beach and undisturbed ocean views.

Known as the "Beach Estate," the property is currently listed with Sotheby’s International Realty for an undisclosed price and encompasses 18,000 square feet with several terraces, outdoor dining areas, and alfresco showers, all in complete immersion with the landscape. 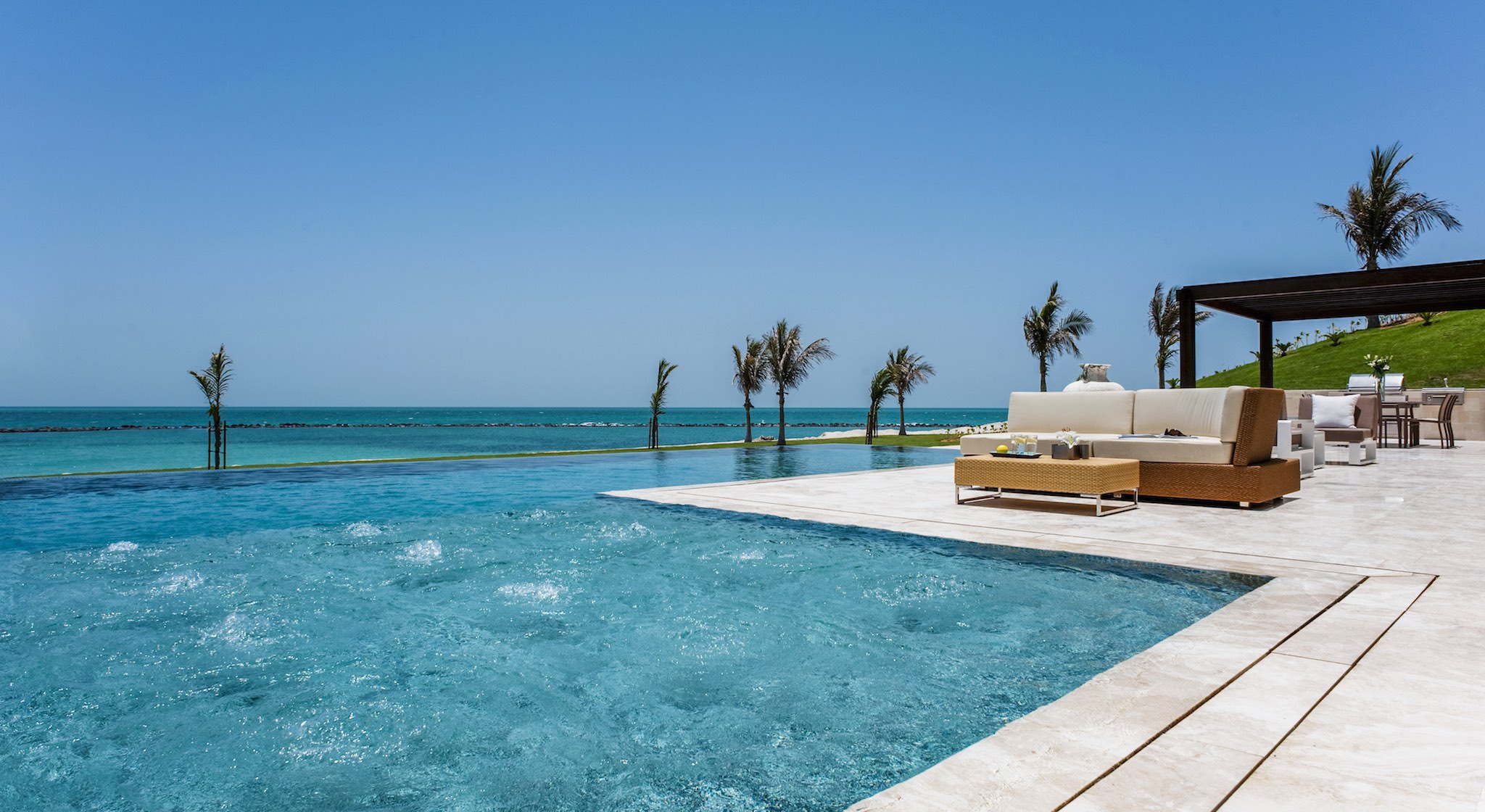 There are no cars on the island; only golf buggies and a floating marina for boat arrivals. Looking seaward, it's nothing but shimmering turquoise water and the occasional dolphin. You may blink and wonder if you’ve landed in the Seychelles or the Maldives.

While Dubai races to build reclaimed islands, many of them populated by elaborate crystalline mansions and themed communities (the recently launched “Sweden Island” villas are topped with the inverted hulls of Viking vessels), Abu Dhabi’s offshore efforts appear relatively effortless. The UAE capital has more than 200 of its own naturally occurring islands, some of which are slivers of sandbanks; others are encircled by dense mangrove forests.

Zaya Nurai Island was developed by entrepreneur Nadia Zaal and designed by New York-based Studio Dror whose central concern was providing privacy to the individual homes on the sparsely populated islet. “I started thinking about the definition of luxury for a person who has everything,” designer Benshetrit Dror wrote about the project. “The essence of luxury on Nurai, we reasoned, is privacy. How could be build a community on the island while simultaneously providing solitude?”

The carpet motif proved a simple solution, and one that is native to the arts and crafts traditions of the Persian Gulf. “We perceive [the carpet] as a field upon which we can sculpt and manipulate landscape and topography to achieve suspended states of privacy,” the developers of Zaya said.

Set slightly back from the beach, the property has a large pool that bridges the terrace on one end and the sea beyond. Inside the home, living spaces are designed around a dramatic double story atrium with open sea views. There are six bedrooms in total, eight bathrooms, a games room, a cinema, an office, and a staff and chef quarters. Clean lines and airy living spaces characterize the villa interiors, which also feature marble flooring, built-in wardrobes, and smart home technology. 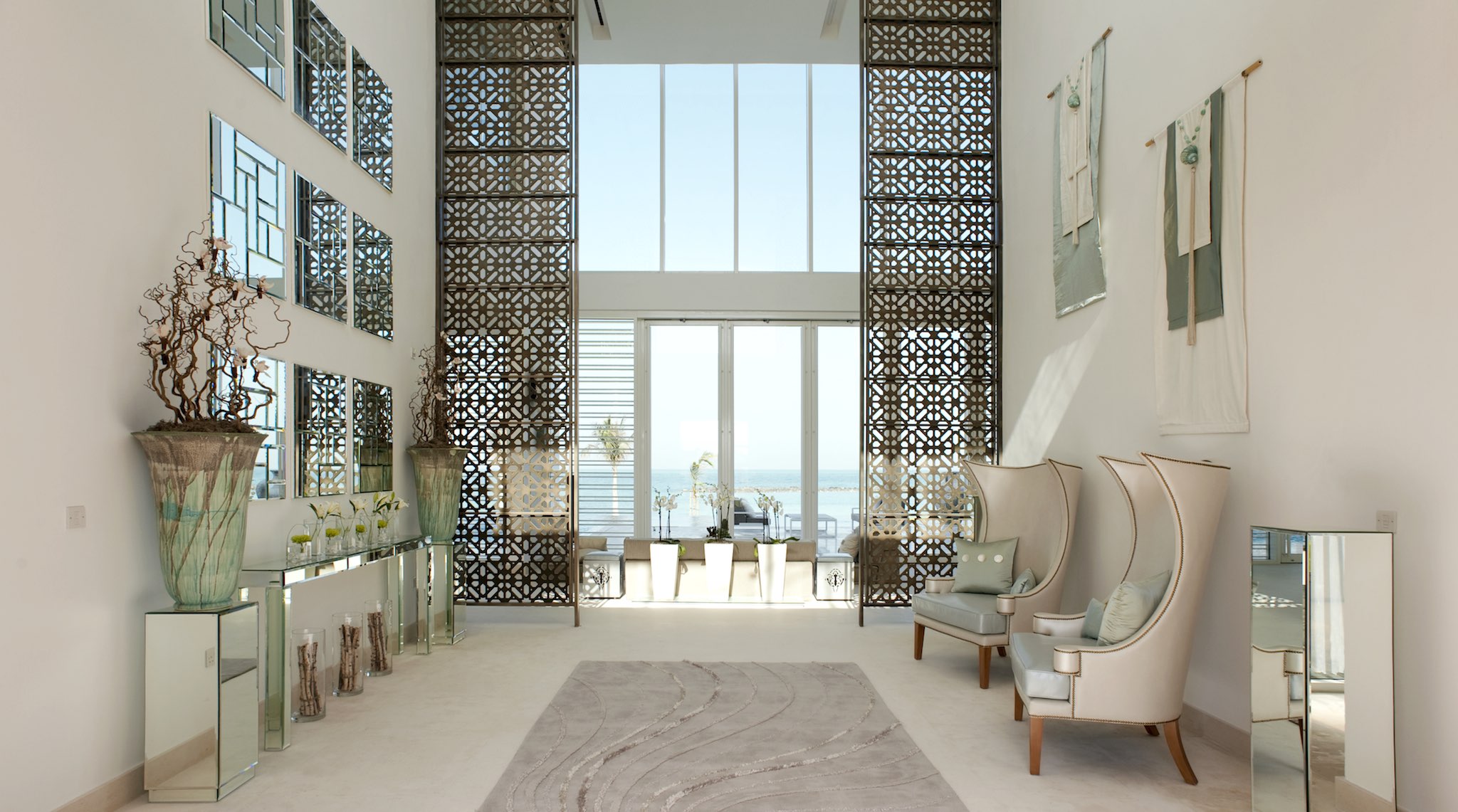 The villa also has a Jacuzzi, a steam room and sauna, and access to a range of resort amenities, including a spa and fitness center. There’s also a private helipad if the speedboat isn’t speedy enough.

In contrast to Dubai’s dramatic property cycles, the residential market in Abu Dhabi is generally characterized by slower, steadier growth, a stronger government hand, and careful project launches that keep risks of oversupply at bay. But the UAE capital has not proved immune to the market correction currently going on in the Arabian Peninsula. Abu Dhabi saw residential property price decline in 2015 by 1.1 percent during the year to end April 2015.

However, demand continues at some developments, particularly in the city’s “Investment Areas,” such as Saadiyat Island, Reem Ilsand, and Al Raha Beach. According to UAE property portal Bayut, moving further away from previous year's dormant second half, Abu Dhabi’s real estate market remained stable in the first quarter of 2016.