Even if you’re not training for the Olympics or the X Games, you may be in luck if you’re searching for a luxurious yet rustic western residence to support your active lifestyle (skiers, snowboarders and Wild West lovers—this means you). 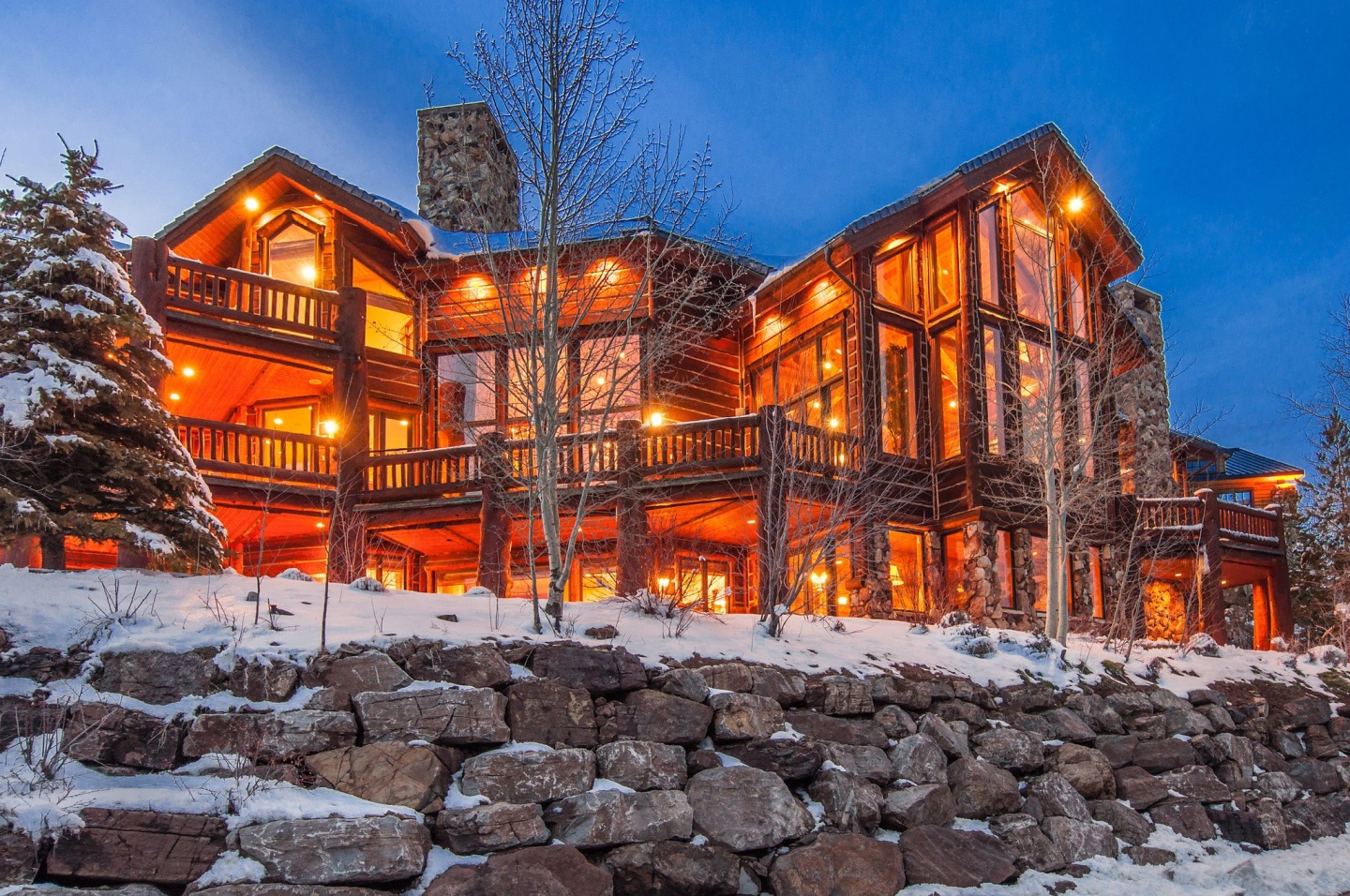 This 11,575-square-foot residence at 3468 Crest Court West in the exclusive community of Deer Crest Estates will be go to the highest bidder on November 15th.

Registration begins Saturday at 9:00 am for the house—offered by DeCaro Luxury Real Estate Auctions—and bidding will commence at 11:00 am at the property. With no reserve price, it’s a great opportunity to score a deal of a lifetime—which is why it's dubbed the "Absolute Auction." 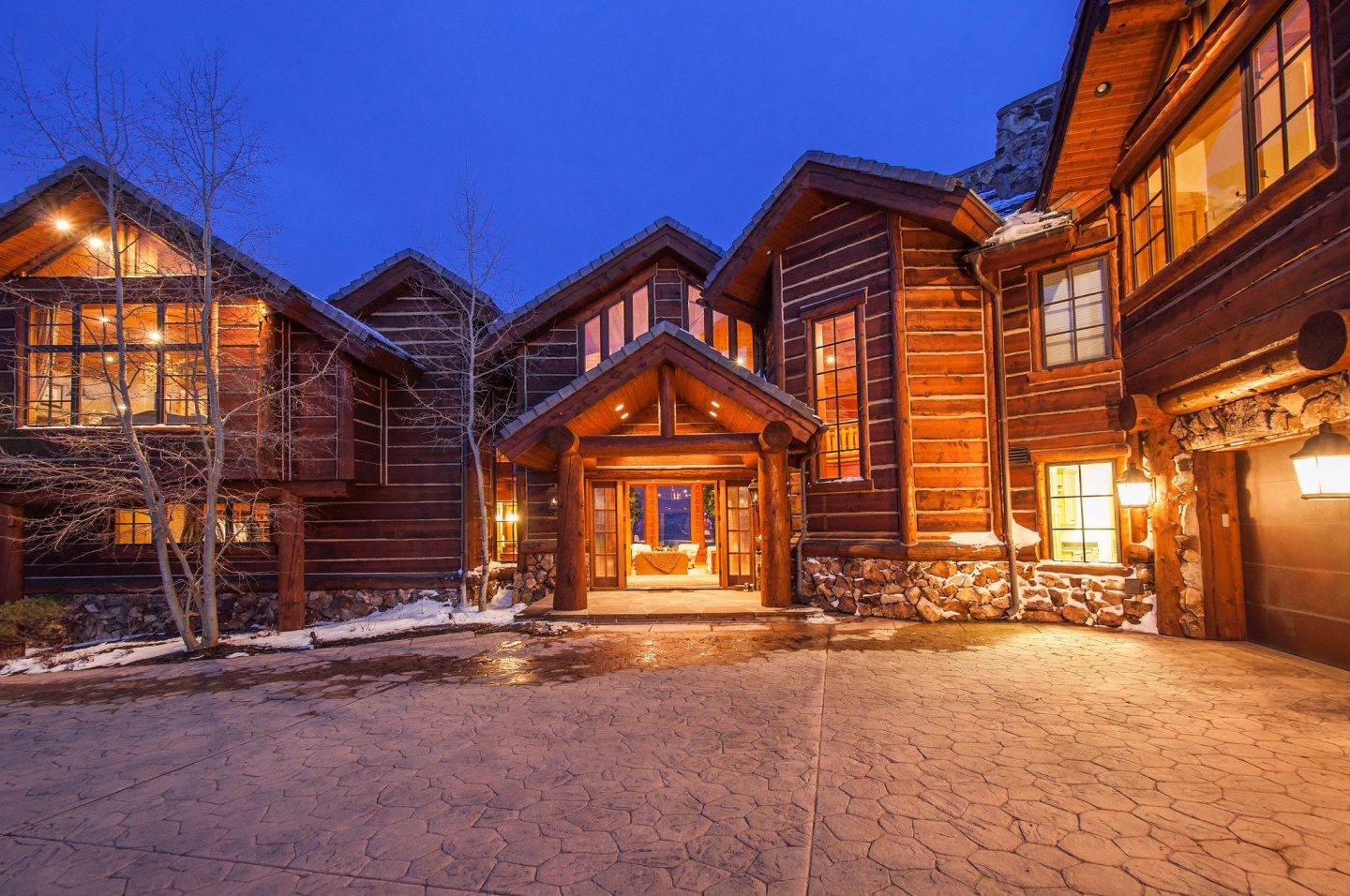 Built on one acre of land in 2001, 3468 Crest Court West sits at the highest point of the gated Deer Crest Estates community. 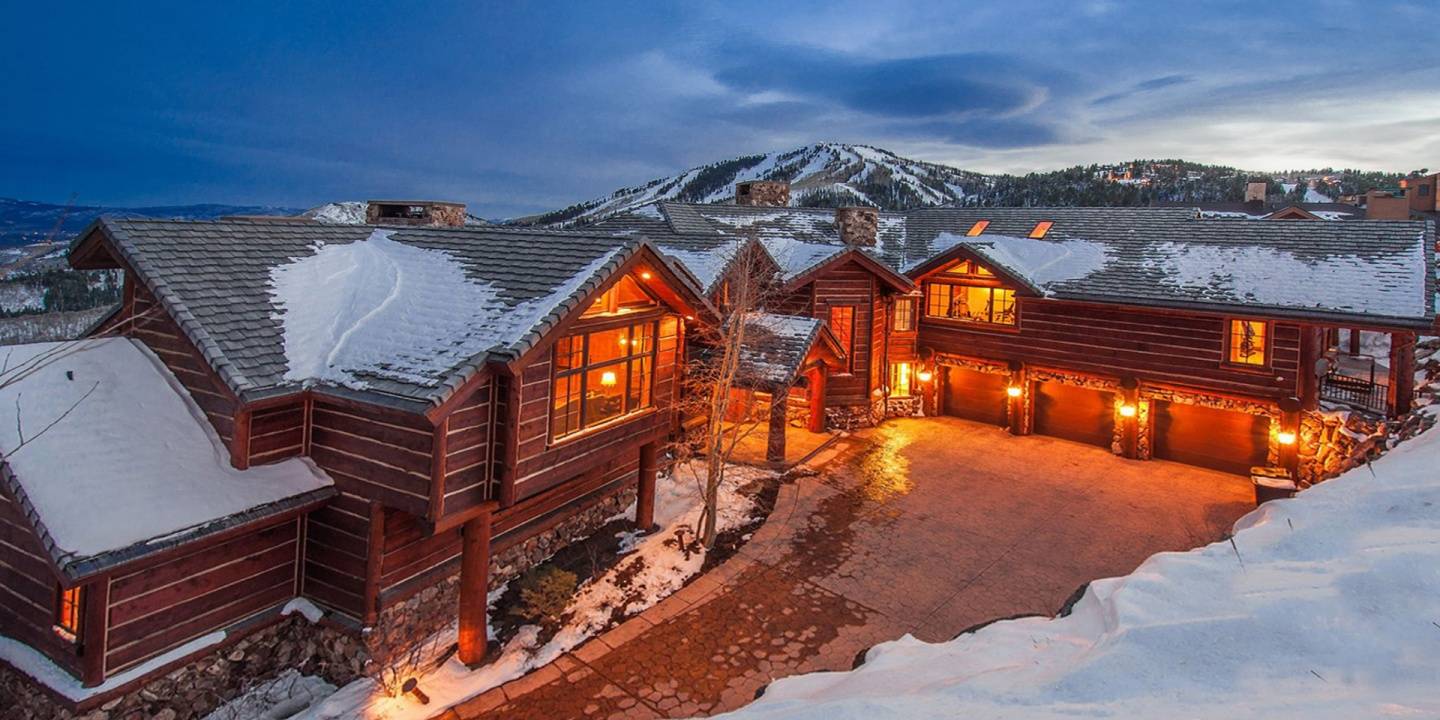 This eight-bedroom, 12-bathroom estate rests atop the highest point of Deer Crest Estates (Deer Valley Resort’s most exclusive enclave) with panoramic views of both Jordanelle Reservoir and Bald Mountain. The ski-in-ski-out residence at 3468 Crest Court West is also one of only six luxury homes (out of 126 lots) with direct access to 11 Deer Valley ski runs, Snow Park and Deer Crest Gondola, and Mountaineer high-speed quad. It was previously for sale by Berkshire Hathaway Home Services for $13.25 million. 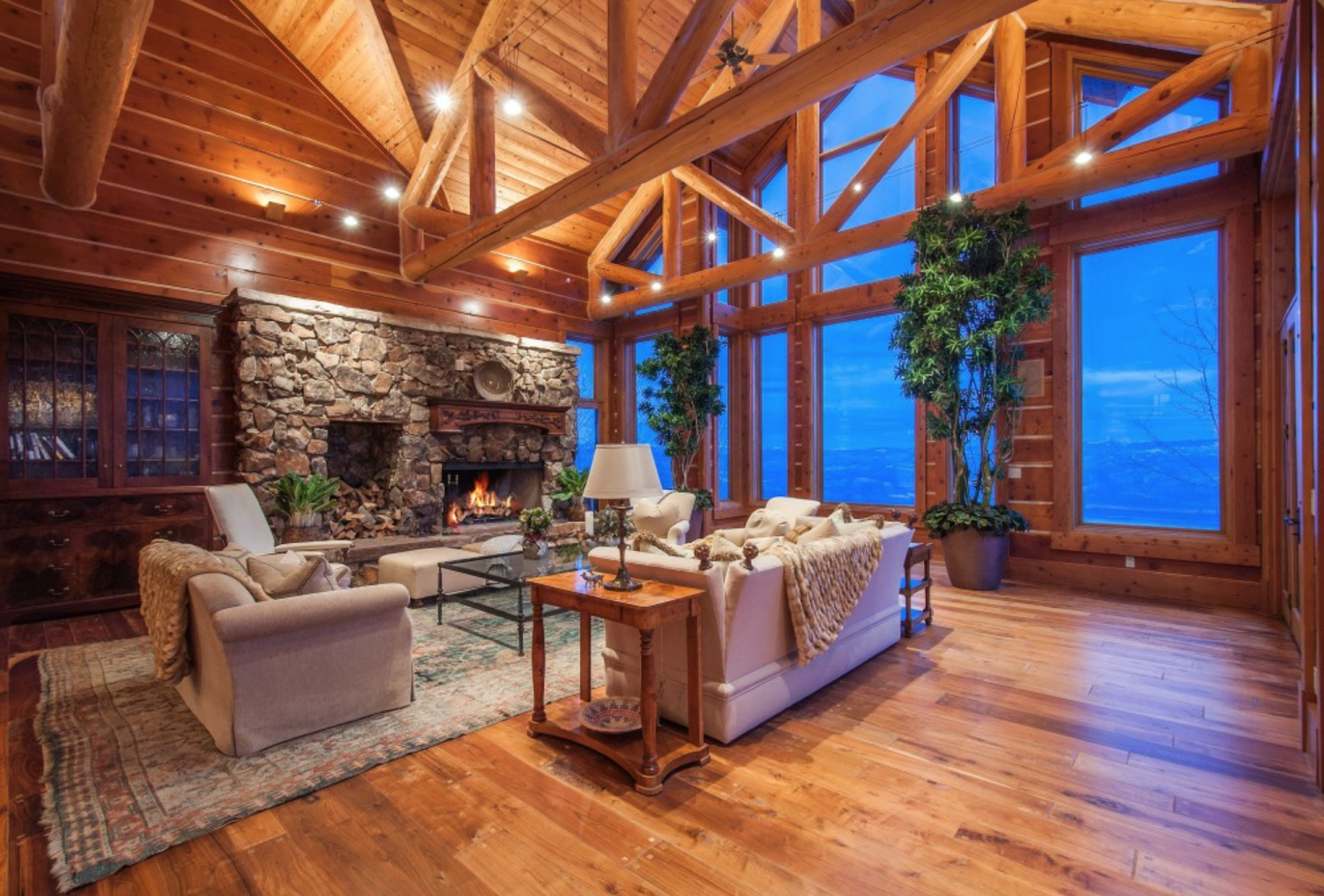 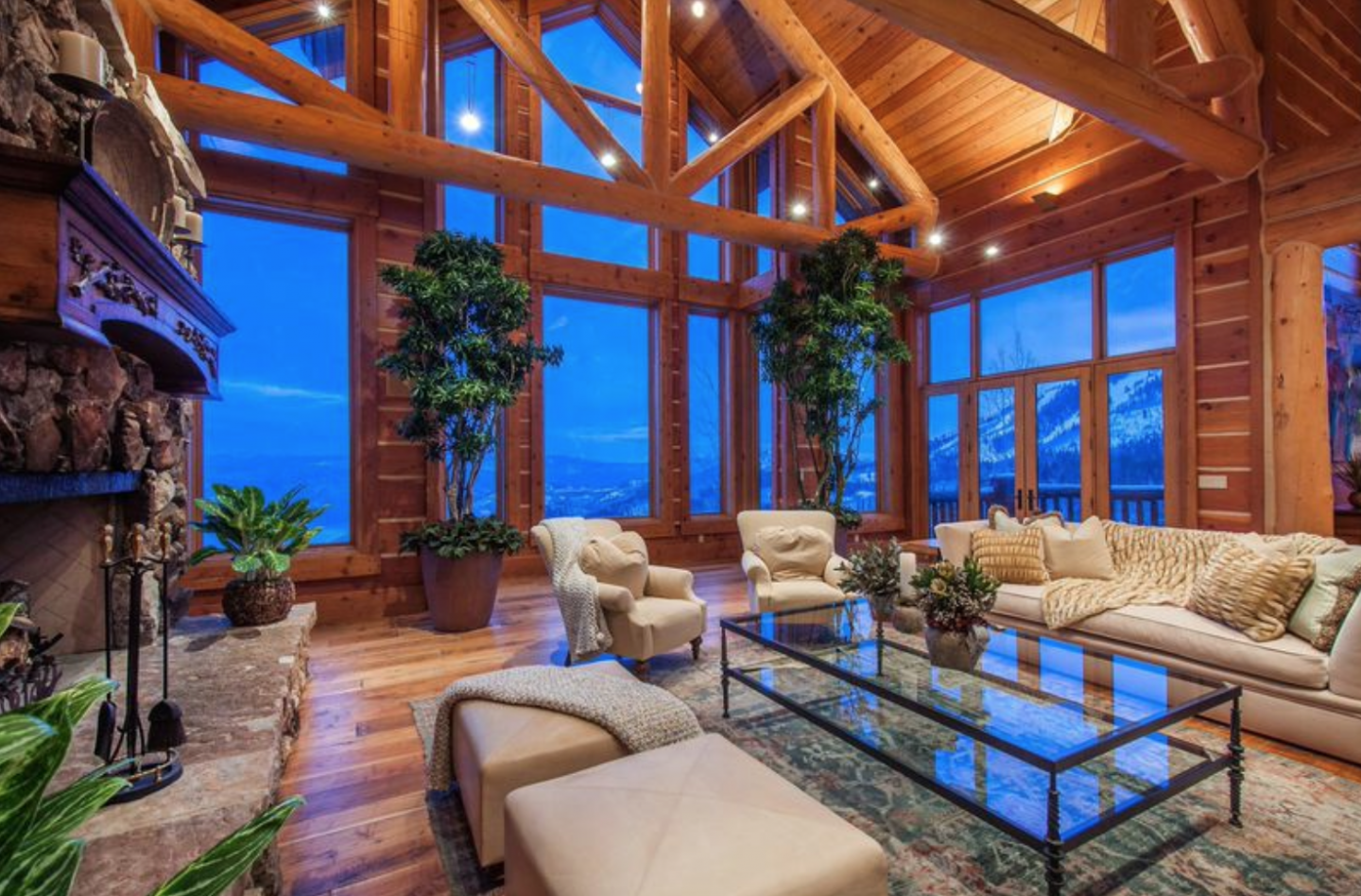 Wood beams and panoramic views are a consistent theme throughout the estate. 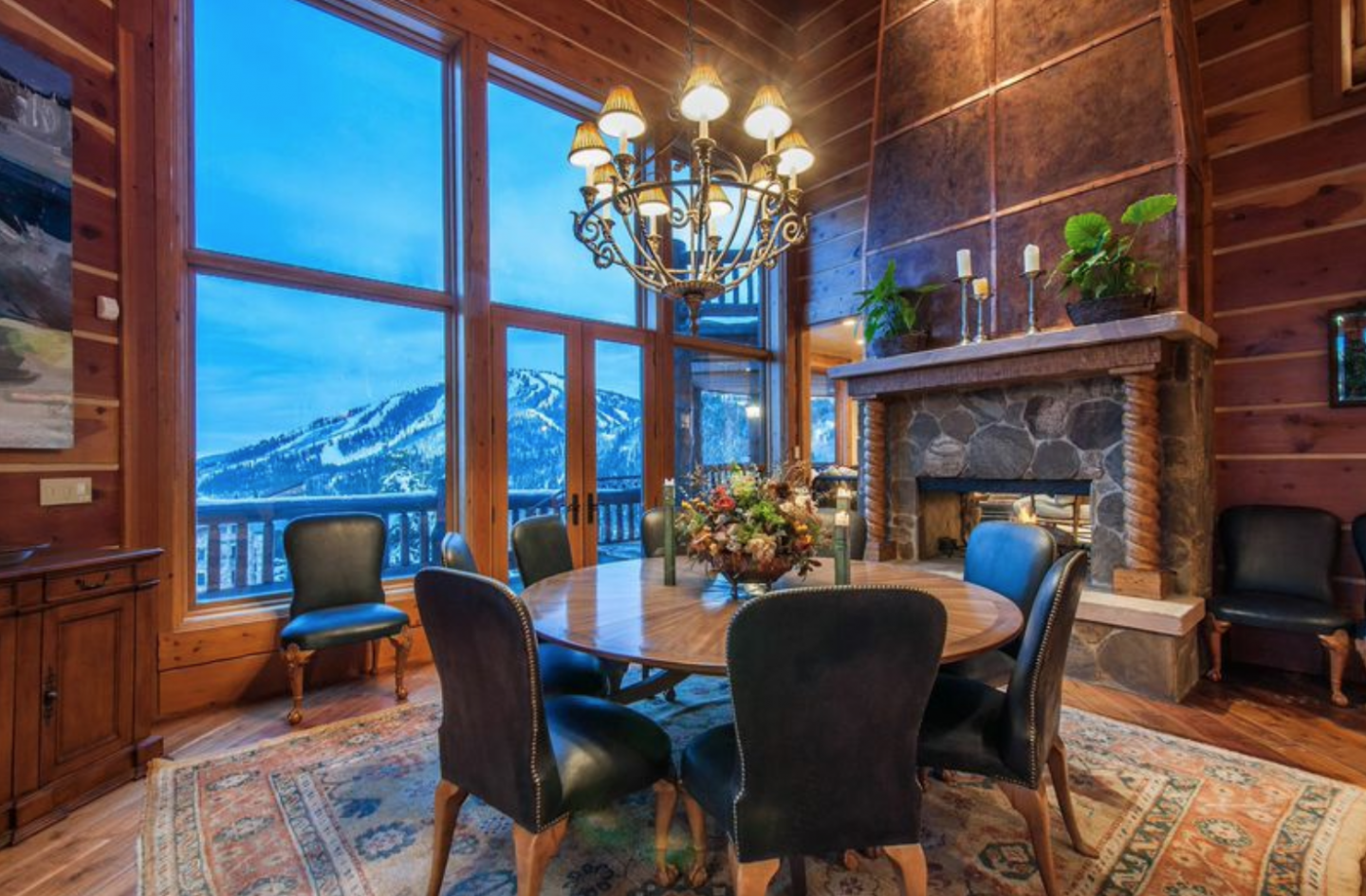 Dining area with a view of world-class ski slopes. 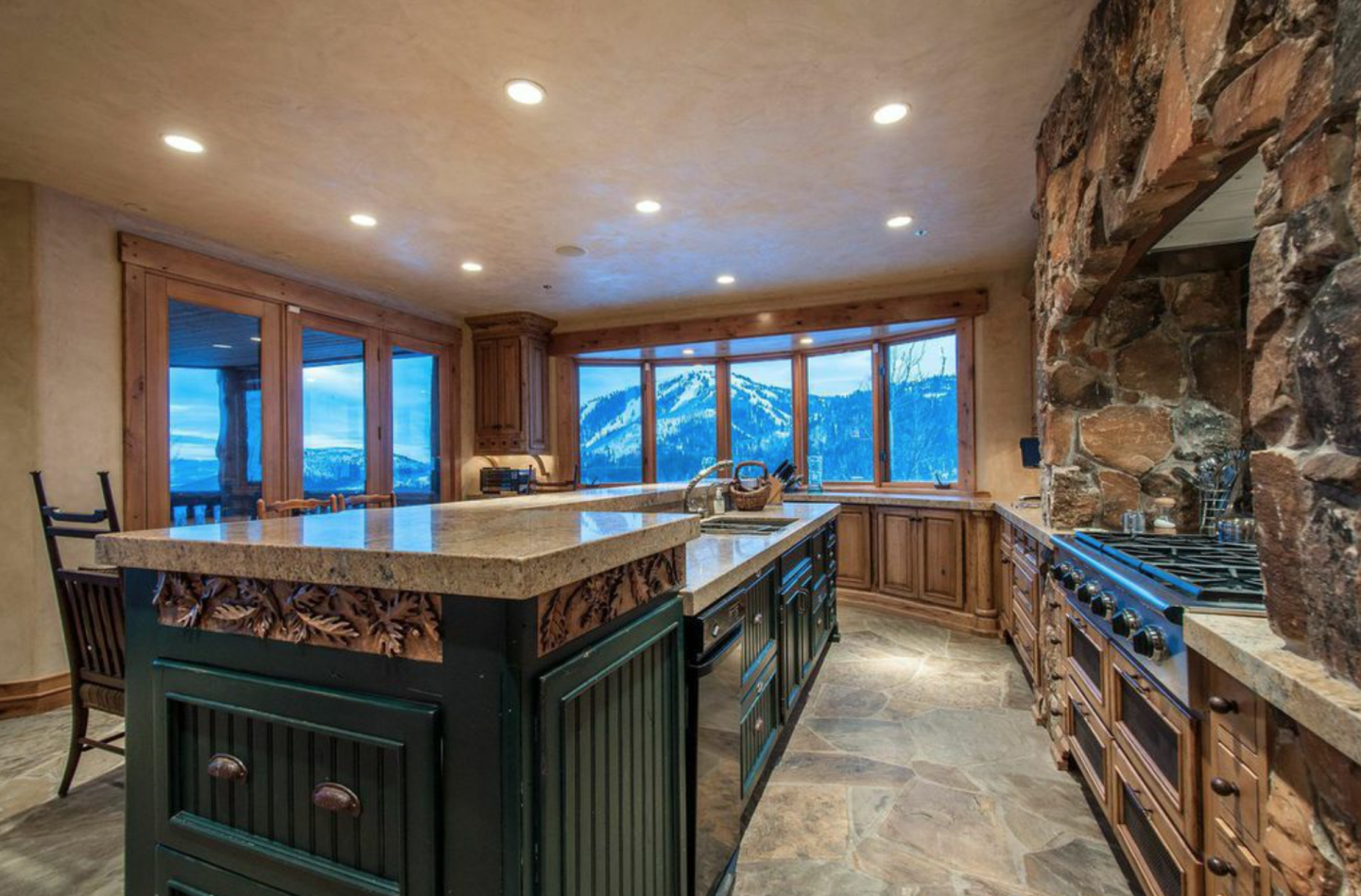 Built in 2001, the one-acre home also has plenty of room to store skis and boots—whether they are ski boots, snow boots, or cowboy boots. Oh yeah, 3468 Crest Court West also provides plenty of snow—approximately 350 inches of snowfall at the area resorts each winter. So bundle up after paying a bundle for this estate. 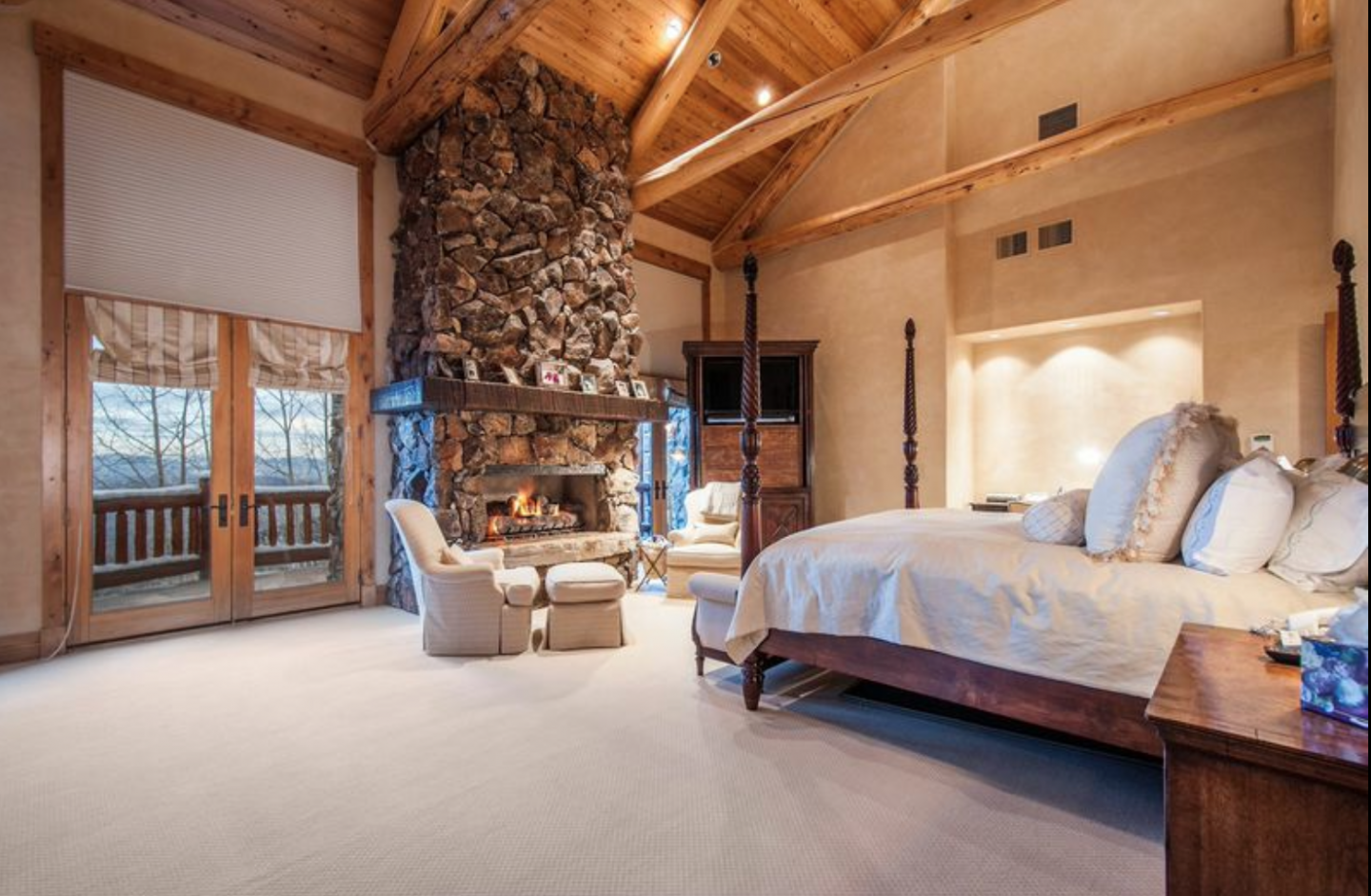 The largest master suite features a fireplace and a private deck. 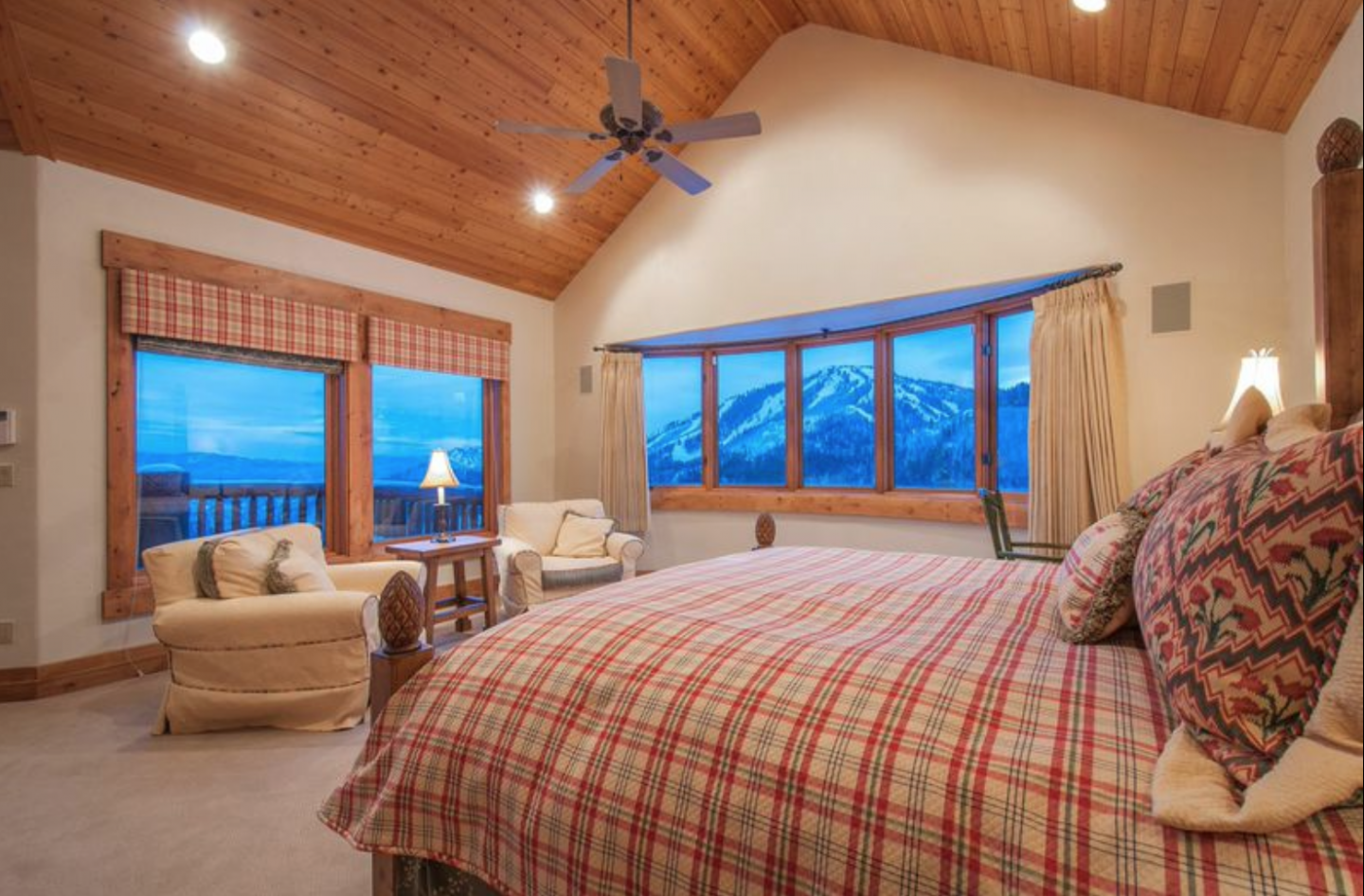 The residence has eight bedrooms, including two master suites. 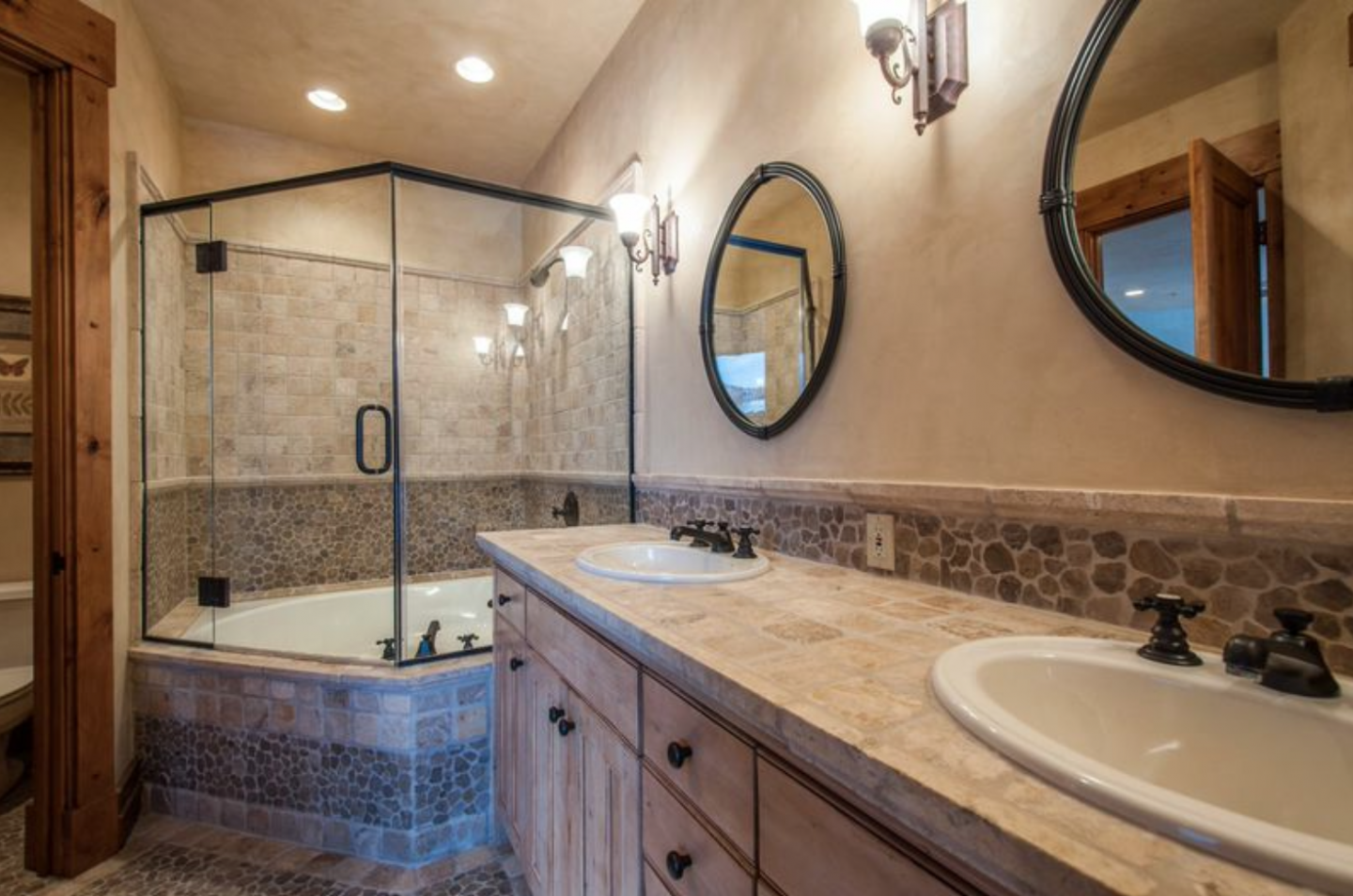 One of the home's 12 bathrooms with his and her vanities. 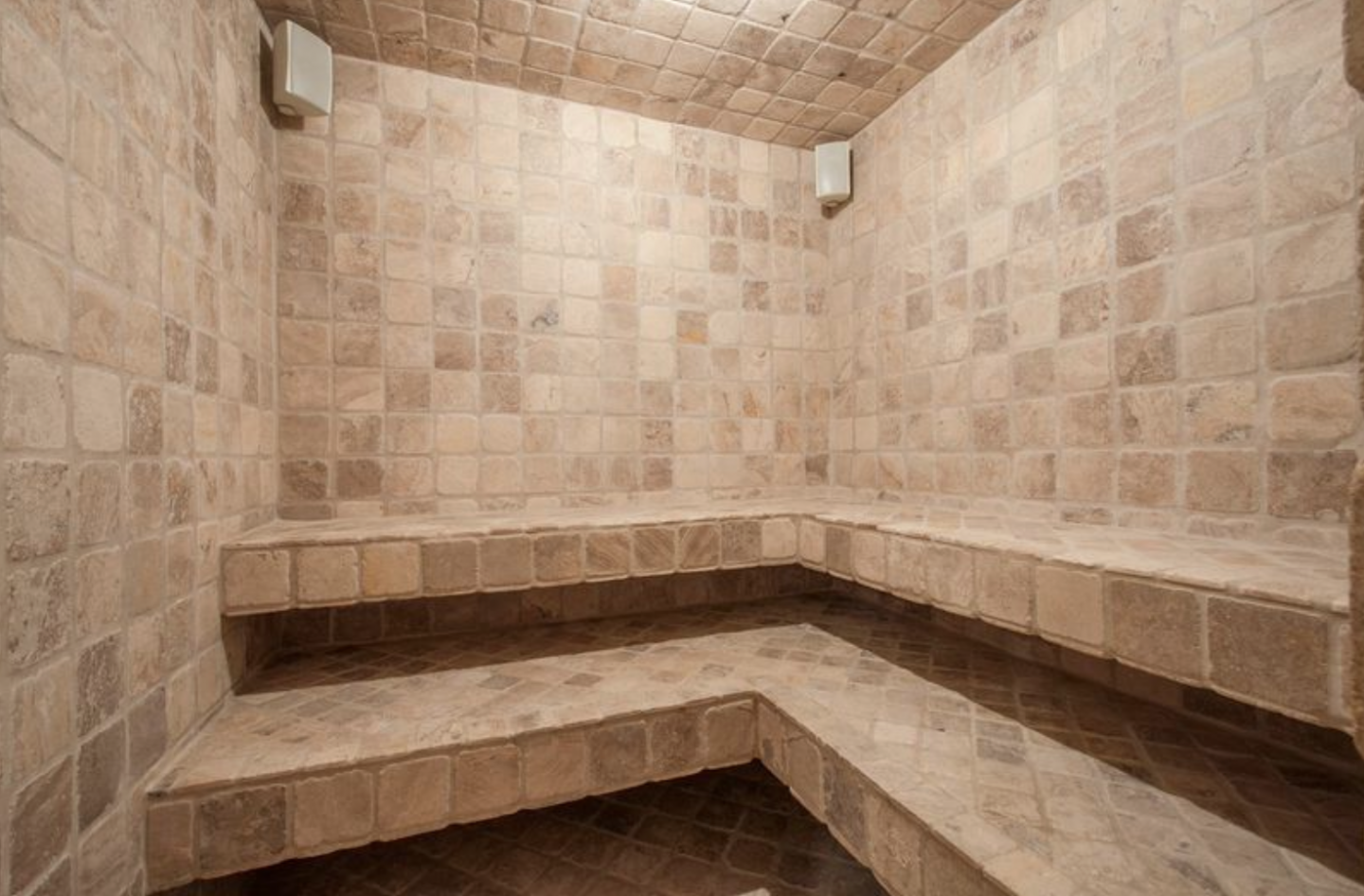 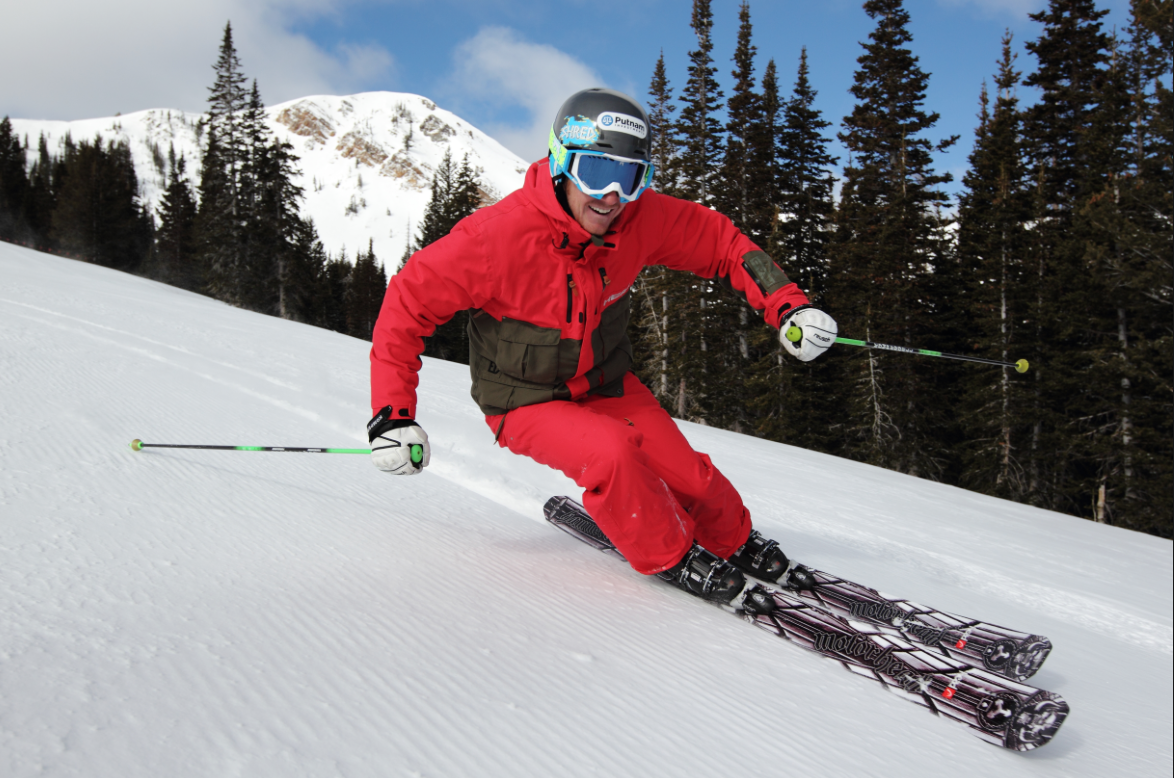 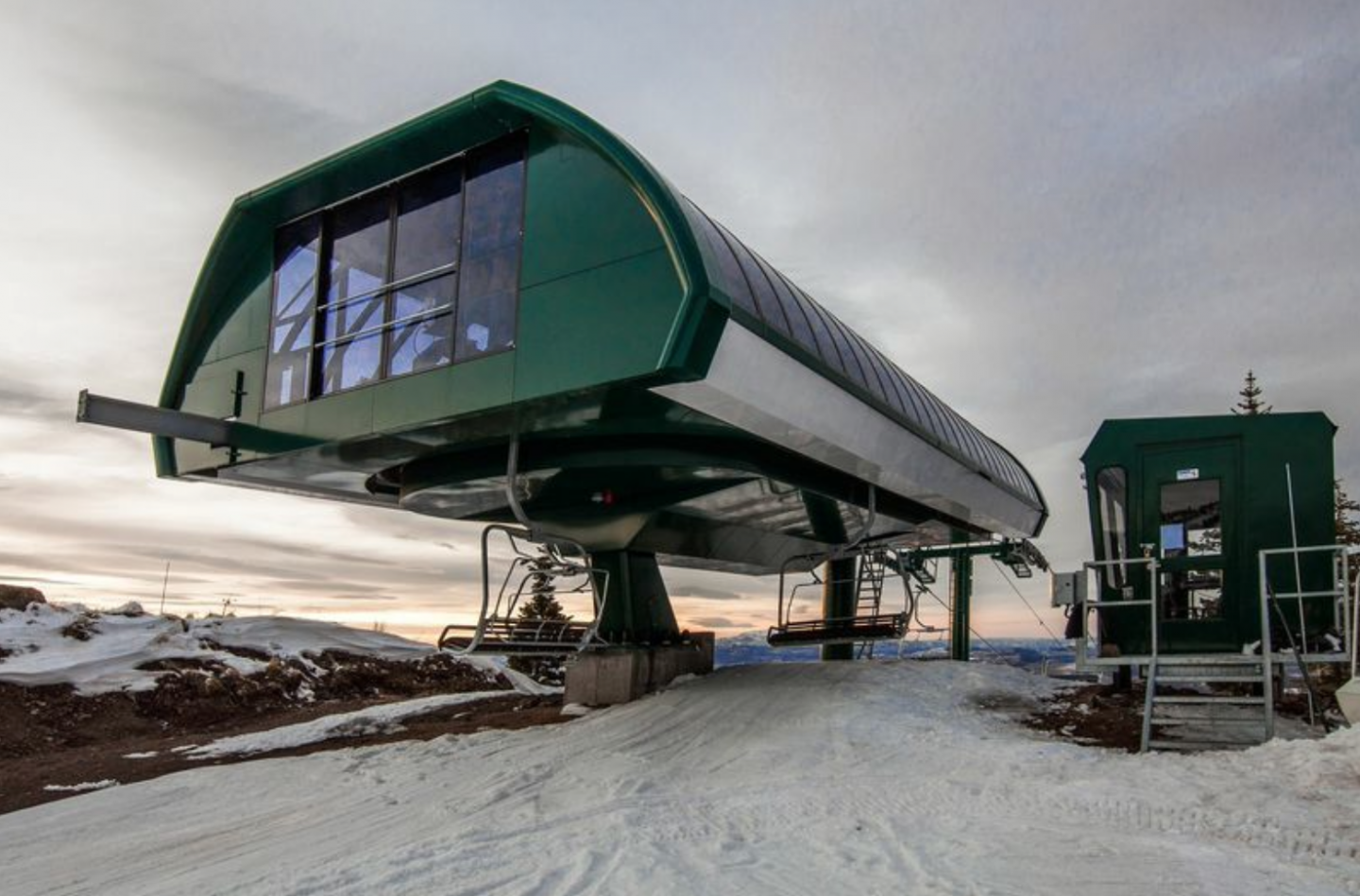 3468 Crest Court West has direct access to some of the best ski runs in North America.

The winning bidder for the Deer Crest Estates residence will have plenty of company during ski season; however, he or she will also be first in line on the slopes. First things first—before using legs to ski, the winning bidder must raise a successful arm at auction. 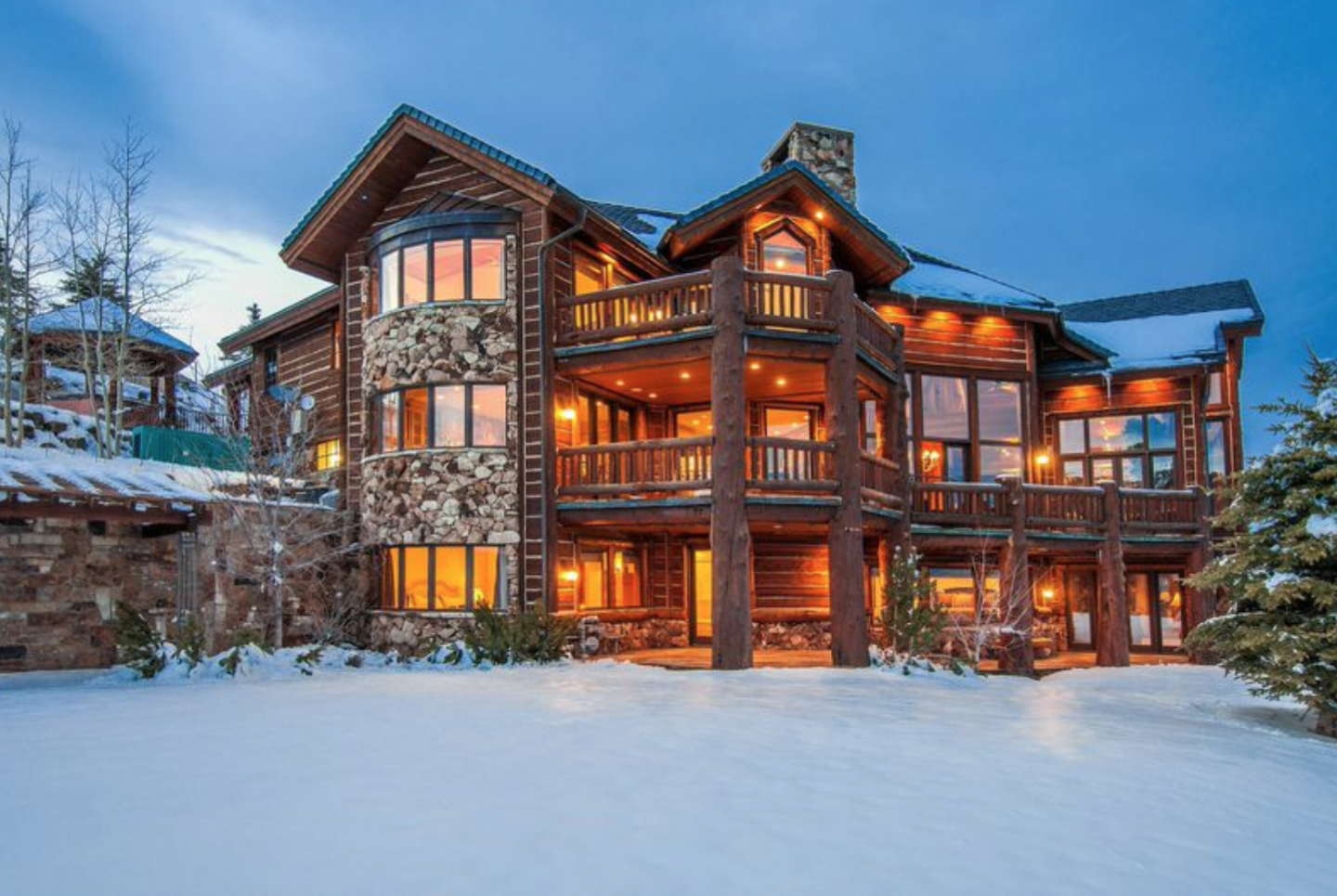 3468 Crest Court West can be had by the highest bidder with no reserve price at the "Absolute Auction."

Final previews for the Absolute Auction are Friday, November 14th (the day before the auction) at 3468 Crest Court West, from 1:00 to 4:00 pm. Private appointments are also available by calling the DeCaro Offices at 800-332-3767. For more information or a bidder information package, visit www.decaroauctions.com/park-citydeer-valley-utah-absolute-auction.