Daniel Day-Lewis is a screen acting legend, and his Oscar-nominated film “Phantom Thread” is said to be his last performance.

Most of the movie was filmed in this gorgeous London mansion now back on the market and valued at £15 million. This stately place proved to be the ideal screen-home for Daniel Day-Lewis’ dressmaker character, Reynolds Woodcock.

To create the intimacy and realism director Paul Thomas Anderson desired for his film about the 1950’s fashion world, the cast and crew moved into the 10,500-square-foot space for the duration of the shoot.

Located in cosmopolitan Fitzrovia in Central London, this townhome can boast something less than two-percent of UK homes can–a Grade I rating.

The grand staircase proved the perfect cinematic setting for a climactic scene between Daniel Day-Lewis’ character and his lover-muse Alma, played by Vicky Krieps. 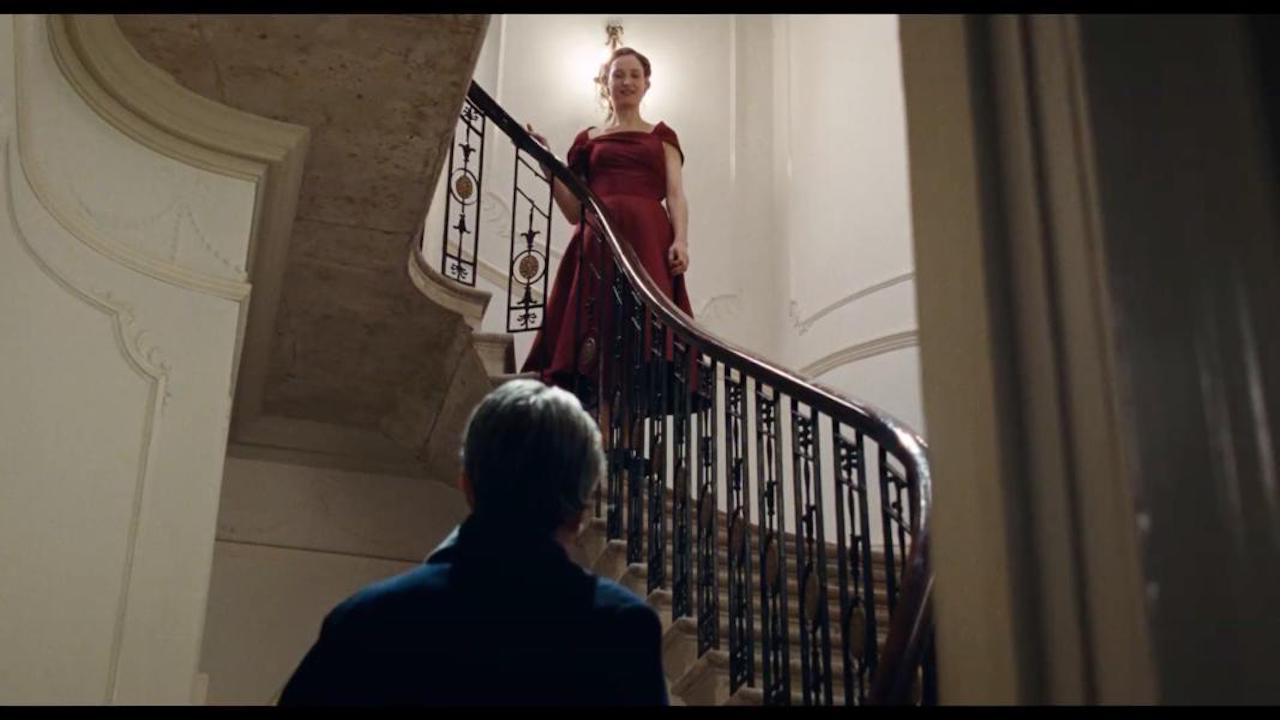 The home expands to a garden courtyard and adjoining row of stable houses with a two-car garage that any Rolls Royce owner would be proud to pull up to.

The mansion exterior features stone facing and looks out over pristine Fitzroy Square where Day-Lewis would relax on a bench in between scenes.

Recently full of a cast and crew of up to 75 people, the home is now vacant and awaiting its second act. Buyers looking to add a modern update could renovate the lower mews house (Day-Lewis’ former makeup and dressing room) into its own charming three bedroom unit or even put in an underground pool.

The home is listed with Knight Frank. 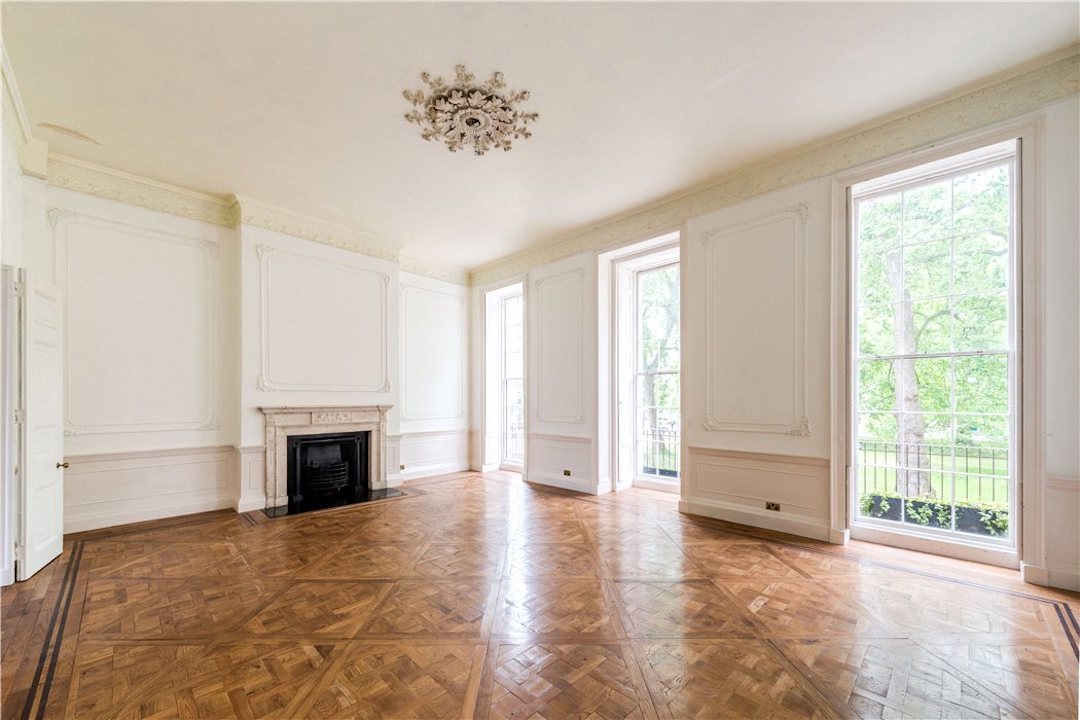 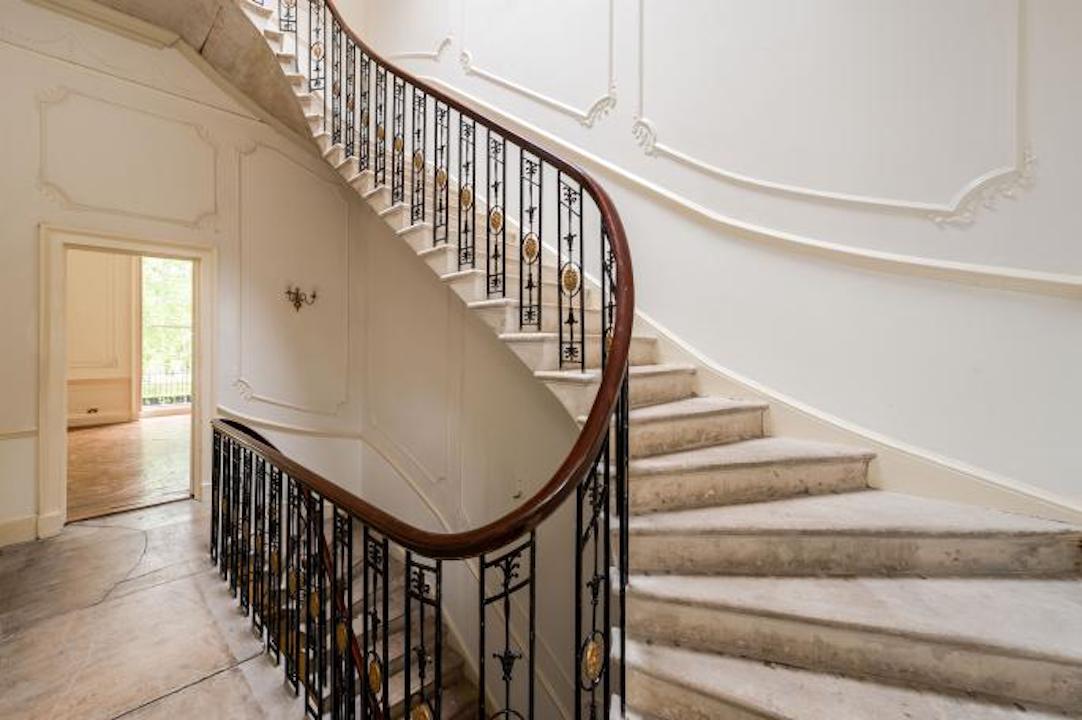 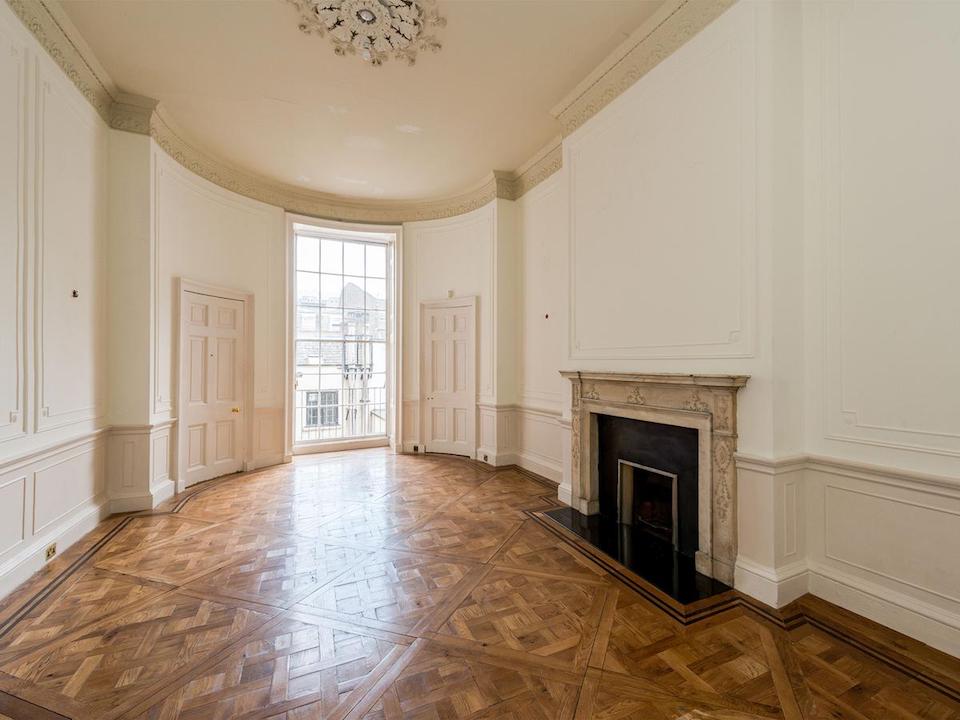