The extraordinary Alkira Resort House—nestled within 75 acres of lush rainforest a quarter of a mile from the Coral Sea—is located within Cape Tribulation, at the intersection of two World Heritage listings: The Great Barrier Reef and The Wet Tropics World Heritage Area. 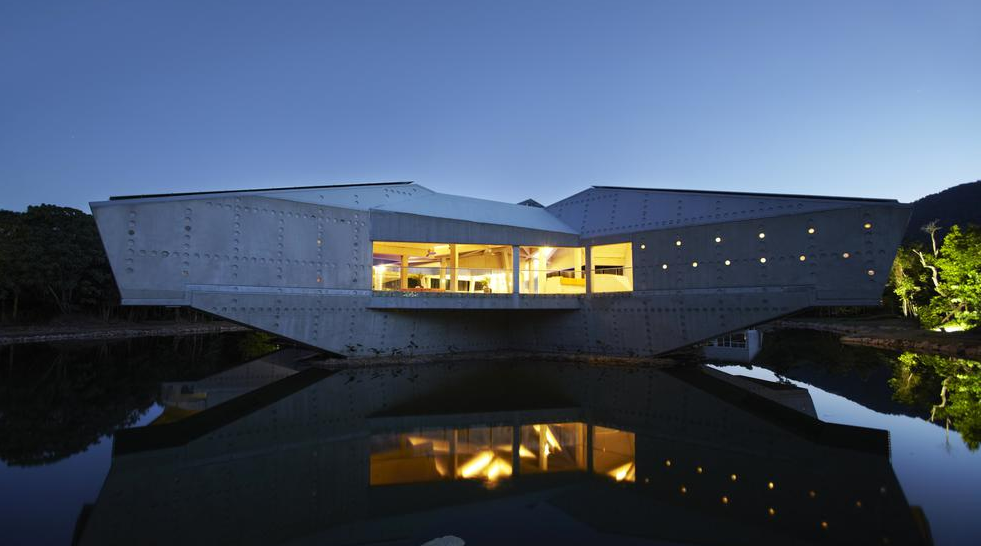 Winner of the prestigious 2014 "House of the Year" award from the Australian Institute of Architects, Charles Wright had been given the brief to deliver a carbon neutral (in operation) solution for an environmentally-sensitive site off-grid on the edge of the FNQ beachfront rainforest. 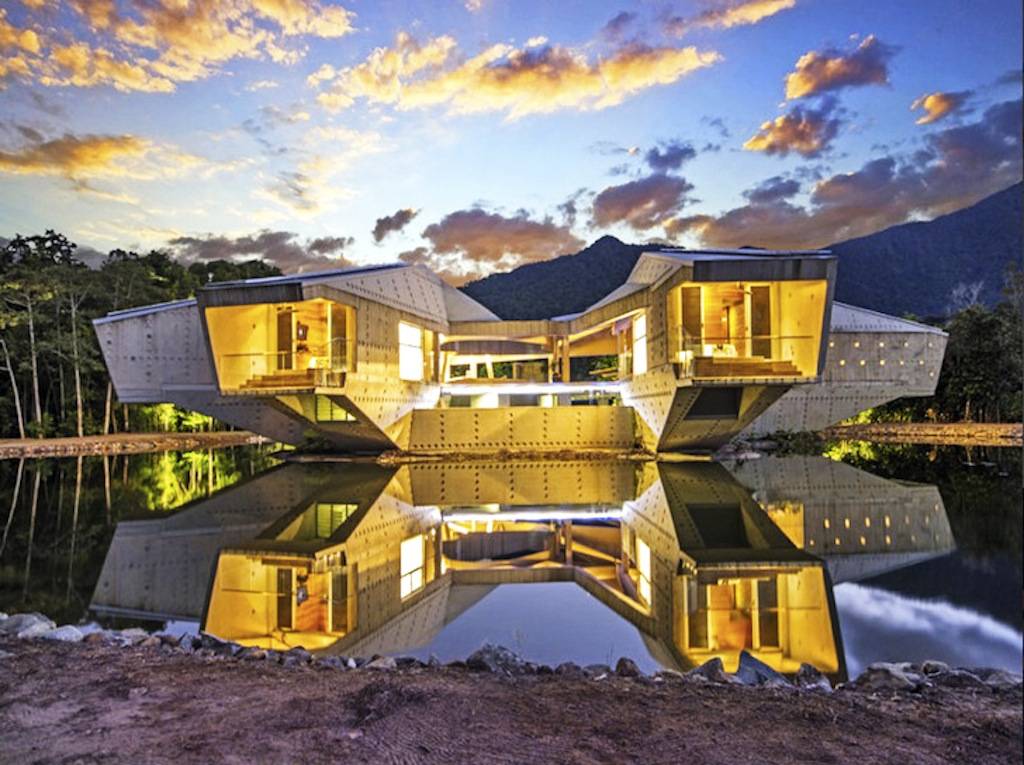 Wright exceeded expectations, as Alkira—which means “bright and sunny” in the local Aboriginal language—is carbon-neutral and completely self-sufficient, running on solar power and collecting rainwater through its vertical columns that double as support beams. The house is also known as the “Stamp House” for the perforated facade Wright created to pay homage to previous owner Rod Perry’s former profession as a rare stamp auctioneer. 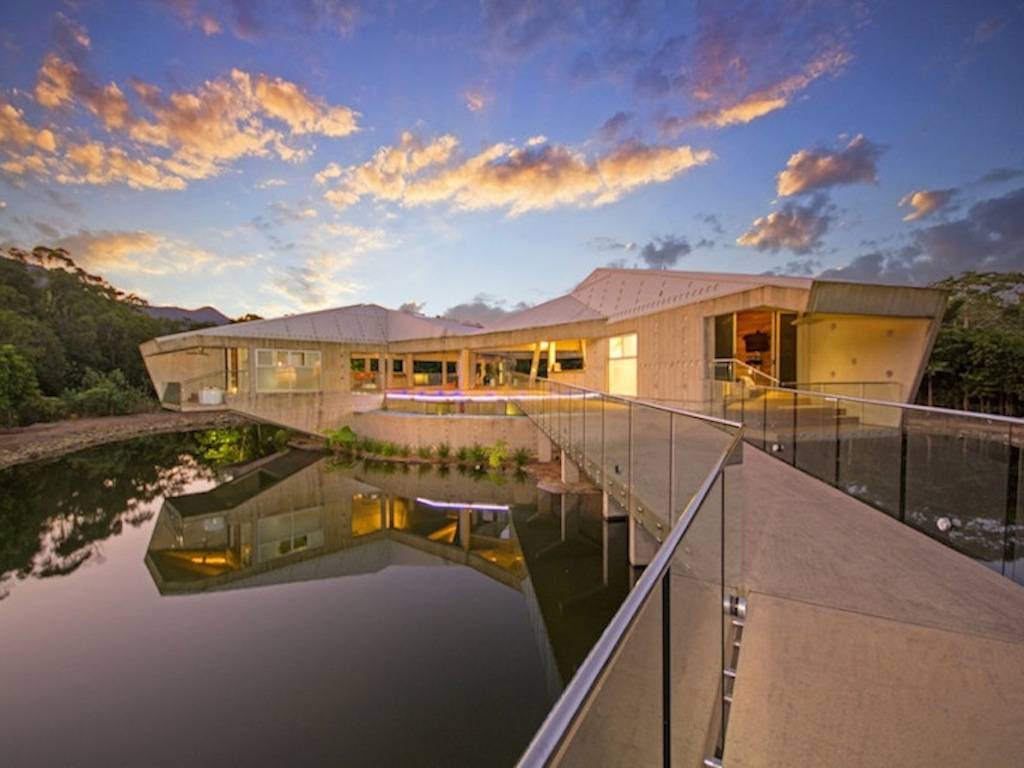 The House—built to withstand category-5 cyclones—is formed in an innovative combination of in-situ and precast concrete. The concrete has been engineered and insulated incorporating a total solar paneled roof to provide for a constant cooler and more comfortable ambient temperature year-round.

The home’s open-air, concrete layout is cantilevered over an artificial lake, which keeps the place cool and breezy and mitigates impacts from flooding and cyclonic tide swings. In addition, the ingenious house has an on-site sewage treatment plant and a grey-water recycling and irrigation system, which leave minimal impact on the surrounding wetlands. 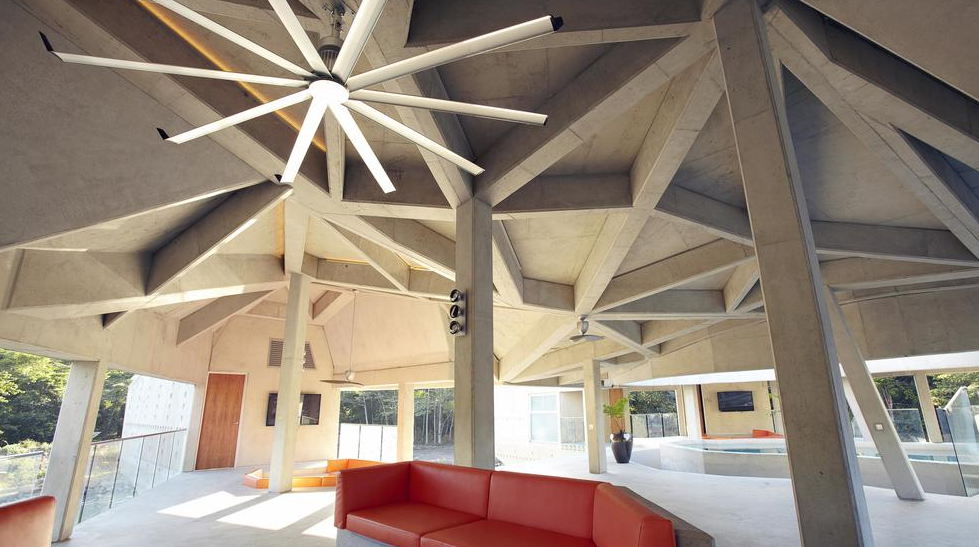 The only spaces with doors are the home's six "bedroom pods.” Each one has a private balcony, TV with surround-sound, and features a different type of native wood that was either sustainably harvested or salvaged from the forest floor. 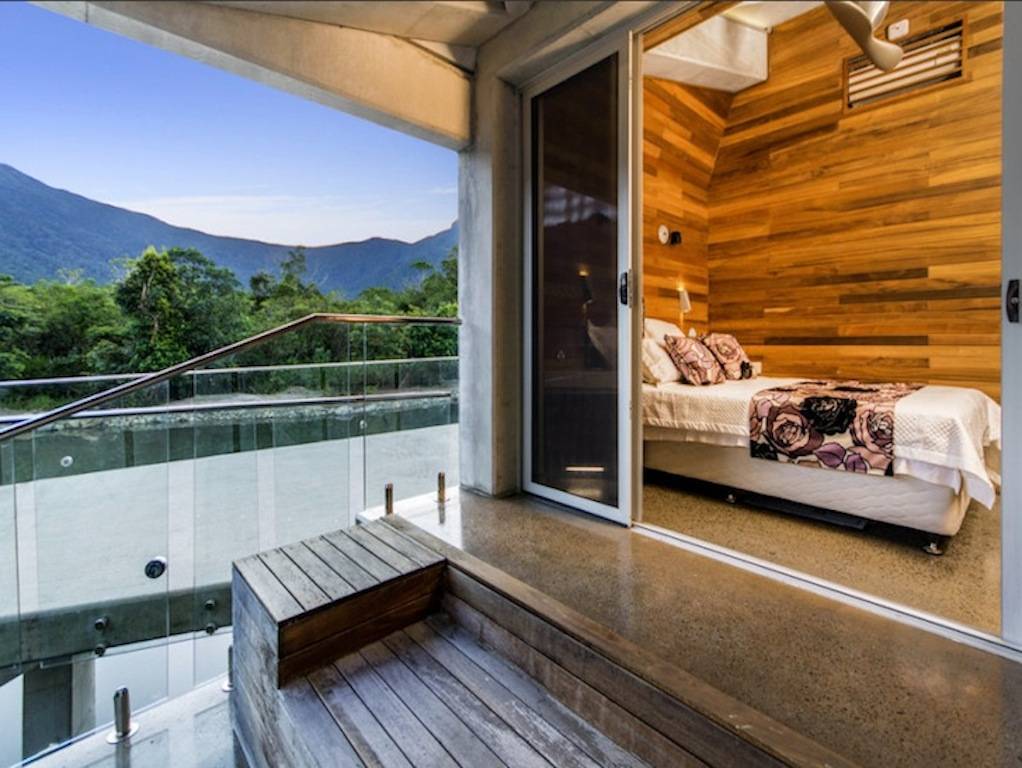 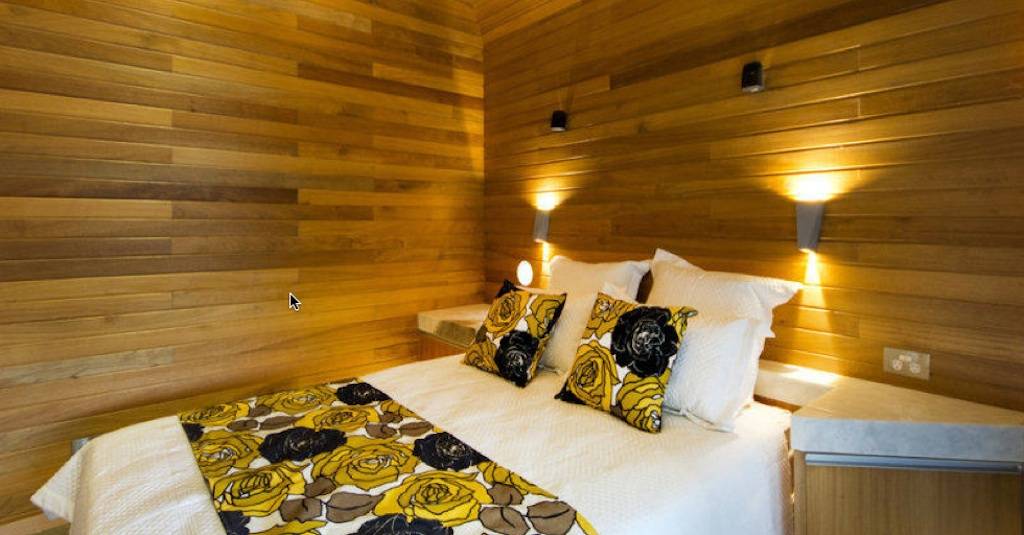 Alkira has served as a vacation rental, a home for owner Rod Perry, and even as a storm shelter for Perry’s friends last April. 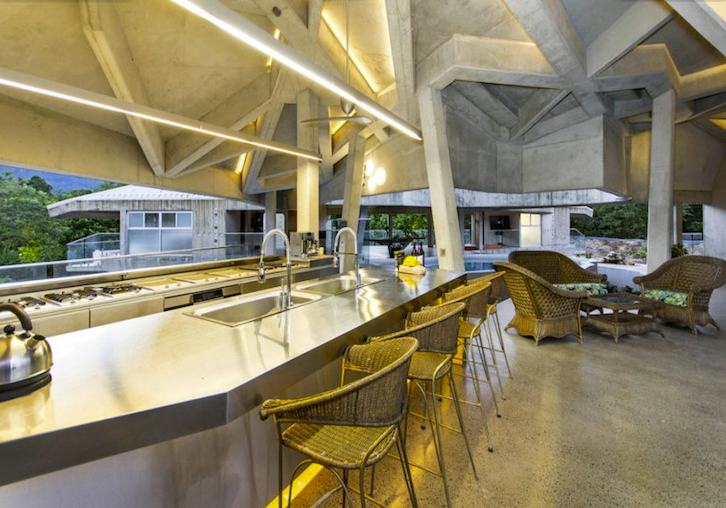 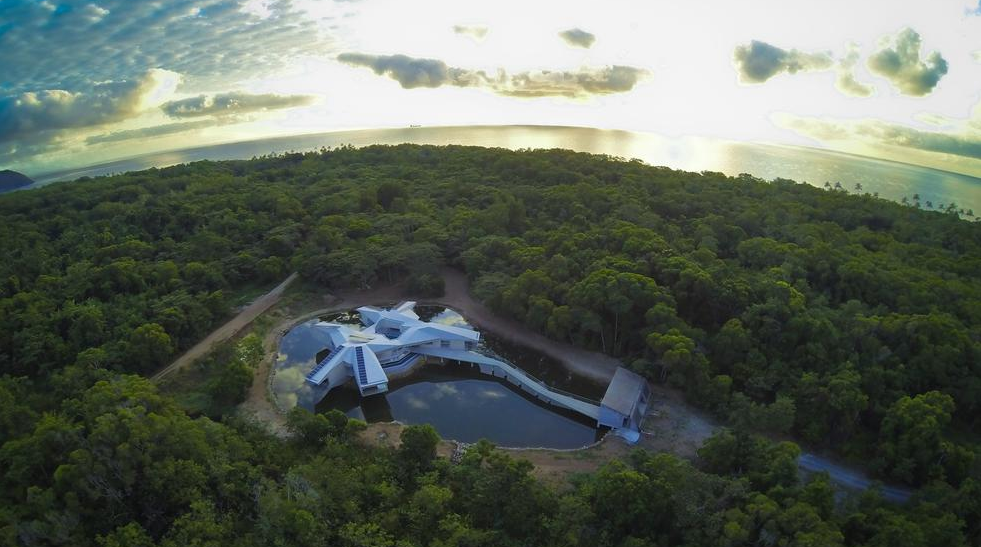 Images and information courtesy of Alkira Resort House and Inhabitat