This Is What You Call A Flip! Ellen DeGeneres, Jeremy Renner, Among Top Luxury House Flippers

When it comes to buying and selling homes for profits–some celebrities better known for movies, television, or music have created successful second careers as luxury house flippers.

Ellen DeGeneres is not shy about her passion for house flipping. It’s “really a genuine passion of mine, not just a business venture,” she told PEOPLE in 2015.

That passion has led Ellen and her wife Portia de Rossi to purchase and re-design over a dozen homes in the last twenty years.

Ellen’s 2015 book, Home, showcases her interior design work over the years. Her love of homes began young when she used to wander through listings with her real estate agent Mother. She told QVC, “I got to see how other people decorated, and for whatever reason, I was drawn to that.”

There’s a reason insiders refer to Ellen as “The real estate queen of Hollywood.” In 2005, Ellen bought a 4,000 square foot, 5 bedroom home in the Hollywood Hills for $6.5 million, she packaged it with another nearby property and sold it for $10 million in 2007. Then, she purchased the same property again in 2014 for $8.75 million–briefly rented it to Nick Jonas, then sold it in an off-market deal for $9.9 million. As if netting 3.5 million the first time wasn’t enough, Ellen added another million-plus in profit after selling it a second time. 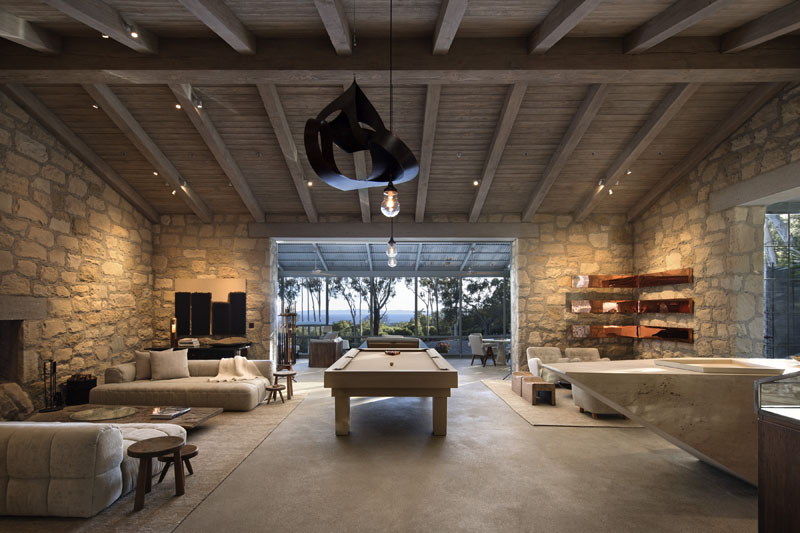 One of Ellen’s most rustic and romantic homes is “The Villa” a Santa Barbara terra-cotta and tile manse that looks like it came straight out of a vineyard in Tuscany. Designed in 1930 by architect Wallace Frost (who spent time living in Italy) the 10,500-square-foot estate has 6 bedrooms, 8 bathrooms, 9 fireplaces a tennis court, pool, and guest villa. Ellen and Portia purchased the 16-plus acre property in 2013 for $28.8 million and sold it this month for $34 million– clearing just over $5 million.

Ellen’s designs always fit the style of the home she’s selling, but one furniture piece that appears prominently in many her homes is the Cité side chair by Prouvé.

The Avengers and The Hurt Locker star formed a partnership with Kristoffer Winters to buy and sell over two dozen Southern California homes.

When it comes to re-designing a space, Jeremy makes it clear this is more than a hobby for him, “you have to be all in. There’s no half-assing it,” he told Robb Report in 2016.

Jeremy loves the problem-solving aspect of working within a budget and meeting time constraints to create something beautiful and profitable.

He advises making a home clean and inviting to whoever might want to buy it, by using neutral colors on walls and in furniture selection. Try using throw pillows and a painting on the wall to add a pop of color. 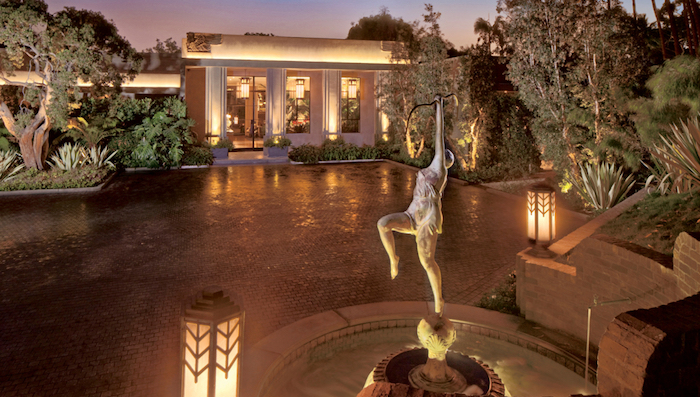 In the early days, Renner lived in most of the homes he was working on. He bought his first mid-century-modern Nichols Canyon house for $640,000 in 2002. He sold that one in a few months for $900,000. Now, he and Winters have graduated into bigger renovation projects with massive paydays.

Those early sales seem like chump change compared to one of Renner’s biggest flips. He purchased a drab home in Holmby Hills in 2010 for $7 million. After some serious beautification–Jeremy sold that property for $24 million in 2013. That sale put more money in Jeremy’s pocket than playing a Marvel superhero.

Rob Van Winkle, who went by the well-known moniker “Vanilla Ice” during his early ’90s rap career has been netting big profits as a house flipper for the past two decades.

Rob focuses on the Palm Beach Florida market–an area he knows extremely well. “A lot of the areas that got hit hard during the housing downturn are some of the first areas to come back out of it because they were desirable then and they’re desirable now,” he told CNBC in 2012. 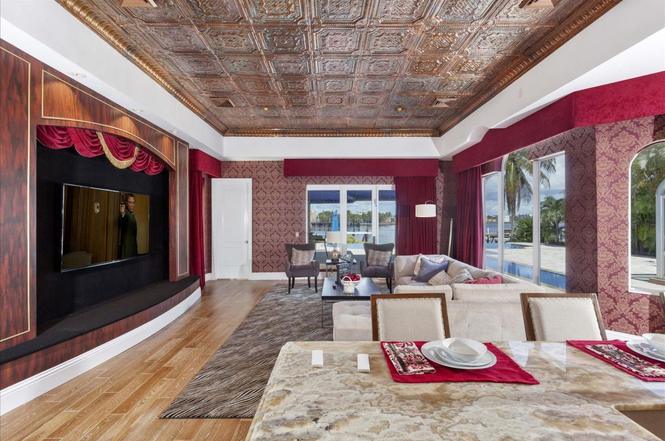 One project that Vanilla Ice seems especially proud of is the completely renovated and custom designed estate he calls, “The Dream House.” The deepwater estate has the latest technology throughout, a private beach, and Jet-Ski lift off the dock. It sold last year for $3.8 million. As Rob would say, that’s, “nice, nice, baby!”

It takes experience and patience to become a successful house flipper. Getting to know an area, investing in attractive interior design, and knowing what buyers are looking for are a few of the first steps towards flipping right.