Taking inspiration from our favorite celebrities is something that many of us have in common. Celebs have successful careers, glamorous lifestyles and seemingly perfect social circles — why wouldn't we want to emulate them? Turns out, celebrity influence is especially helpful in one particular facet of our lives: Our home designs. With the kitchen being the heart of the household, we thought we'd share five drool-worthy celebrity kitchens from a variety of style aesthetics to inspire you. 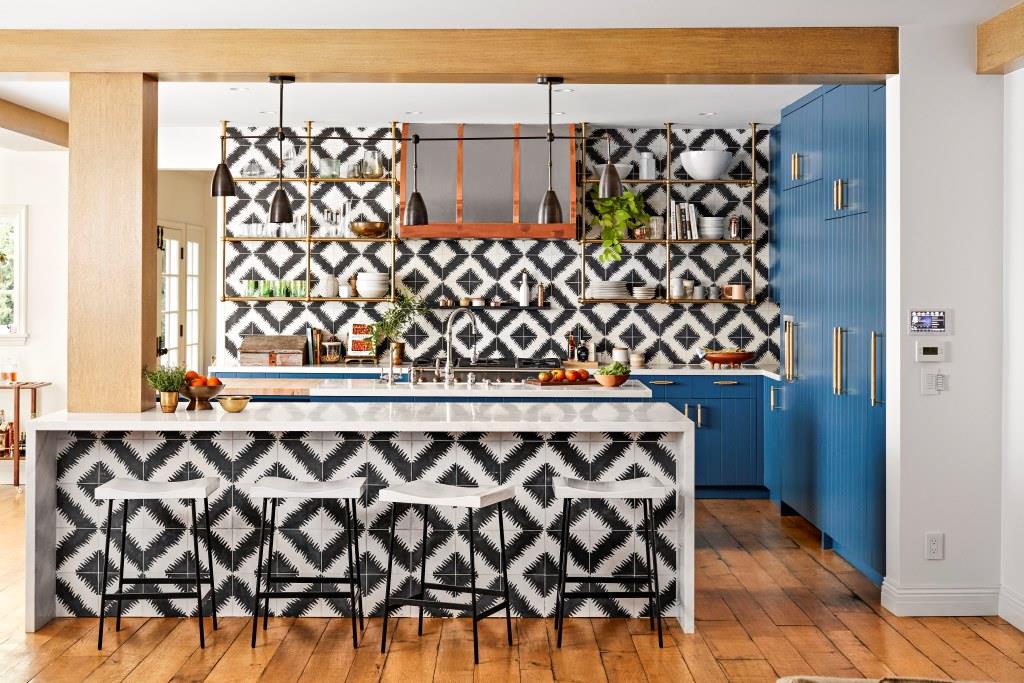 This 30-year-old former Disney child star, actress and mom has a kitchen that her fellow Millennials would certainly envy. Decorated with bold printed tiles, blue custom cabinetry, gold finishes and modern countertops, this kitchen is half eclectic and half modern. The gorgeous wood floor complements the kitchen's warm design style, as do the well-chosen accents of greenery, pottery and produce. (via People Magazine) 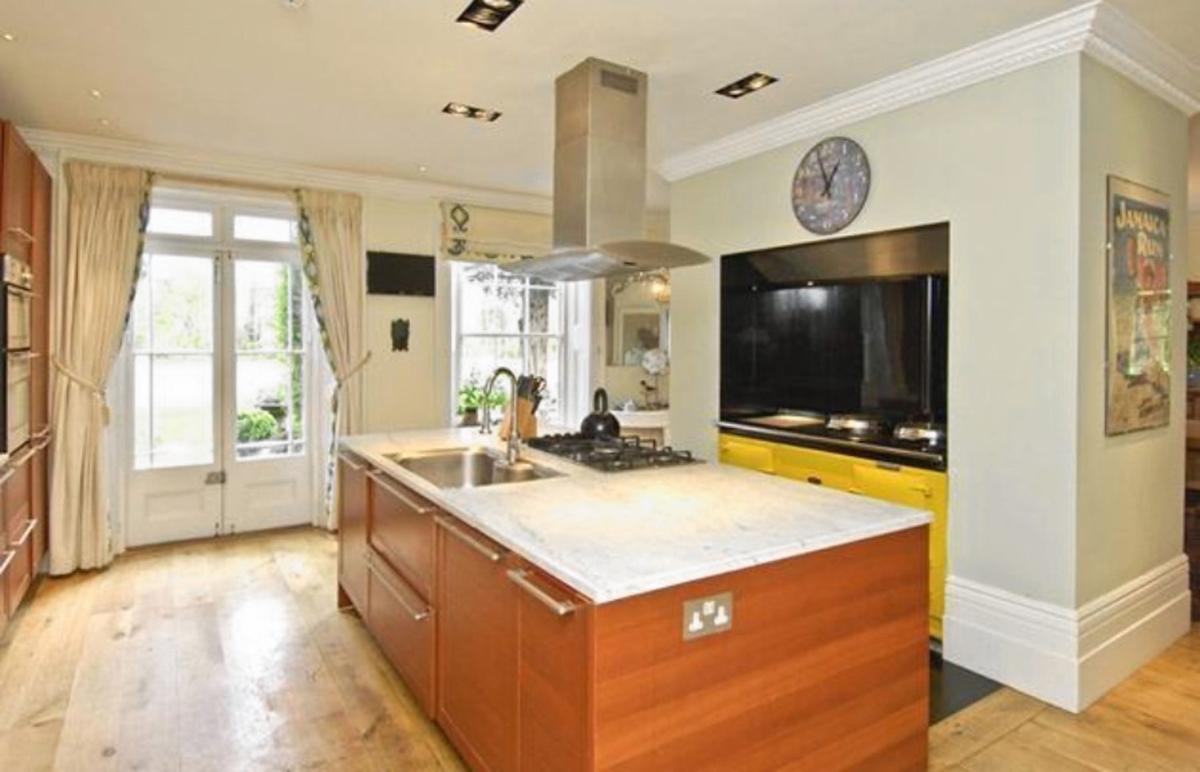 If you were to picture George and Amal Clooney, words like "classic," and "stylish" would certainly come to mind. Turns out, their English country home embodies these elements, but also maintains a cozy and traditional vibe that complements their personas. Their kitchen space includes an old-fashioned fireplace next to a rustic English dining nook. An elegant chandelier looks over the room, imbuing a sense of timelessness. (via Lonny) 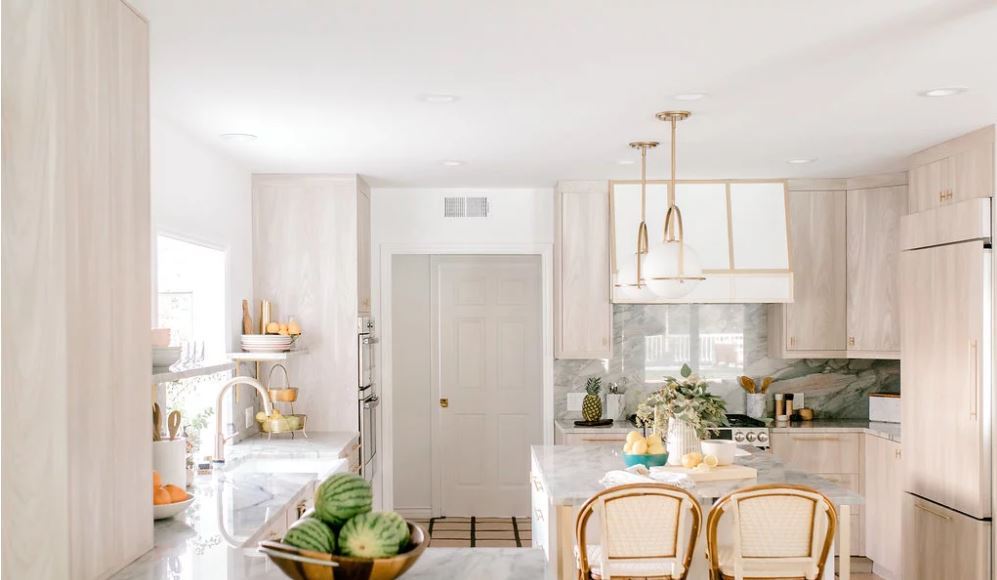 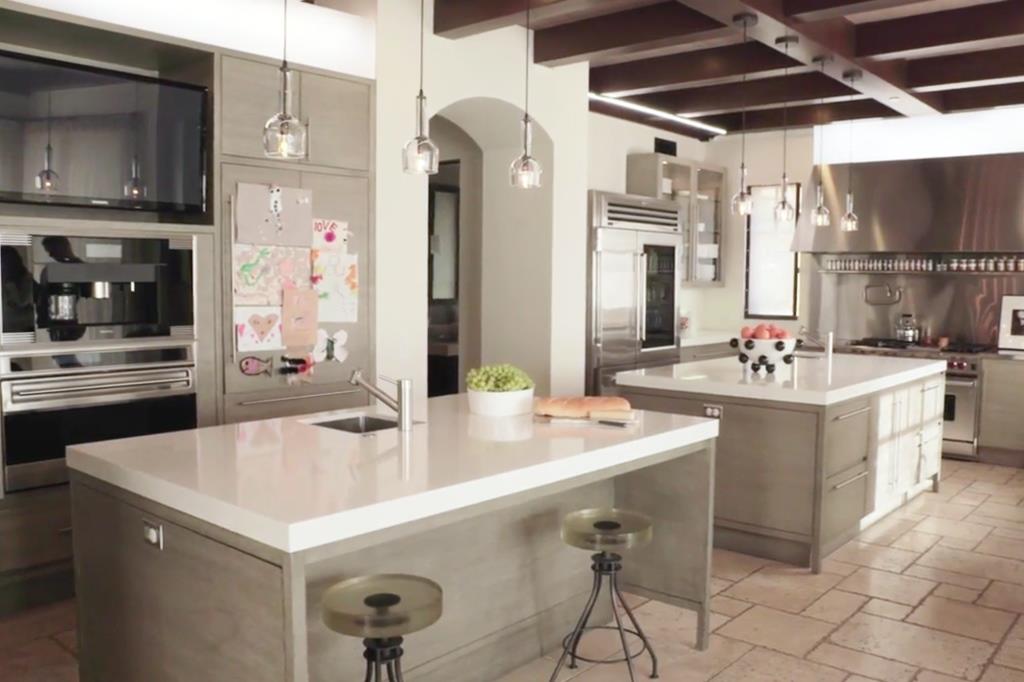 Perhaps unexpectedly, the eldest Kardashian sister's abode is a far cry from her family's persona as glamorous, flashy socialites. Her no-frills kitchen taps into another side of the Kardashian clan's personalities: Their emphasis on the importance of family. “Everyone’s always in the kitchen. So it was important the kitchen be a comfortable space,” interior designer Martyn Lawrence Bullard says, according to People. (via People Magazine) 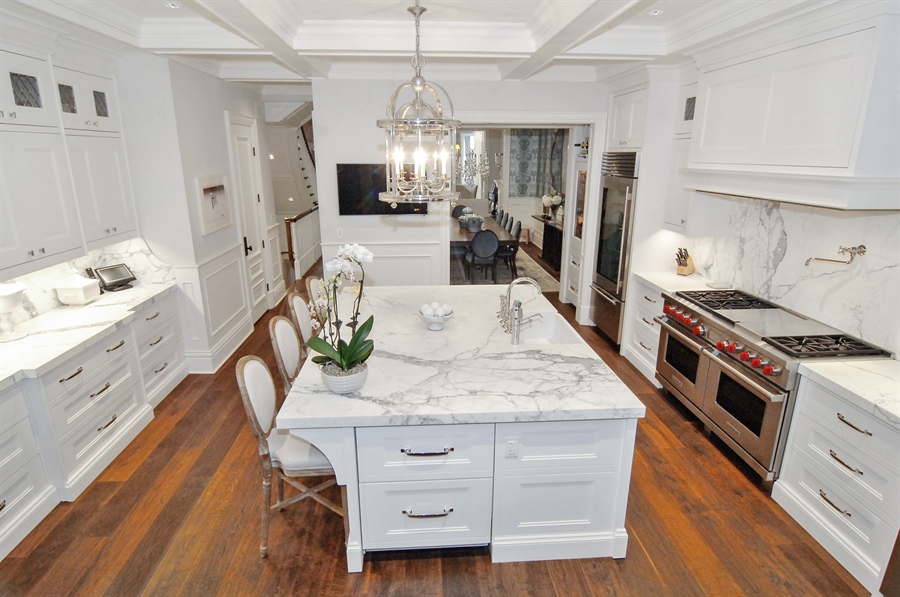 A few weeks ago, Bill and Guiliana Rancic listed their classic Chicago brownstone for $6.8 million, giving potential buyers (and the world at large) a glimpse into their urban home. Their kitchen captures all the elements of modern city living, with marble countertops, a chef-approved range with a custom hood, and beautiful white ceiling beams. (via People Magazine)