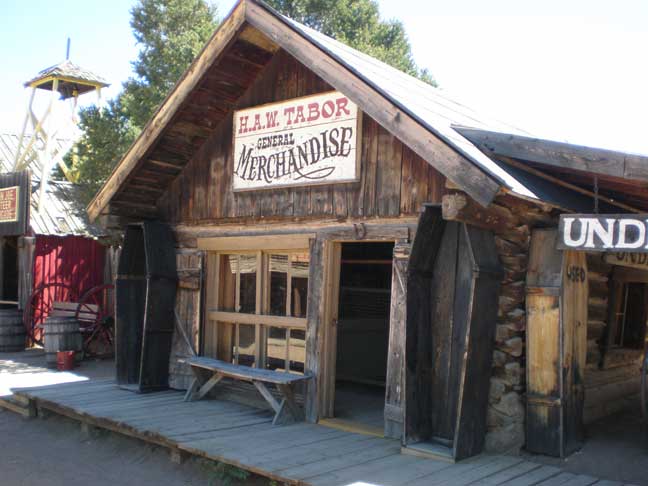 Bill Koch, the billionaire owner of 6,400 acre Bear Ranch in Colorado, is recreating an entire Wild West town on his expansive ranching property, and while the project will feature over 50 buildings the cowboy-era township will not be open to the public.  The area, which will boast of a saloon, a jail, a church and a train station, will practically be a ghost town with no inhabitants, its sole purpose being a sort of private park for the billionaire owner.

Gunnison County Planning Commission chairman Ramon Reed, in a conversation with The Post, said:  “"It's the kind of stuff I guess you would expect a billionaire to construct.  It's like something out of a 'Gunsmoke' movie set."

Koch, president of the Oxbow Group, previously purchased Wild West tourist attractions in other parts of the U.S. and transplanted the buildings on his private property.  The purchase of the iconic Buckskin Joe’s cost him $3.1 million.  The billionaire is a well-known collector of Wild West Americana and memorabilia.  “I love the Old West. I plan on enjoying it and discreetly sharing it. I think I'll display it in a few small museums,” he said about his $2.3 million purchase of a photograph of Billy the Kid.

While Koch will not be living in his Wild West town, he has received approval to build a 22,000 square foot residence on the hill above the township; apparently the Wild West buildings will exist to provide the wealthy businessman with a great and interesting view.