At Home With Taylor Swift

The “Wildest Dreams” songstress, Taylor Swift, is not only one of the world's leading contemporary recording artists, she is also a successful real estate mogul. The 28-year-old superstar is reported to own residential real estate collectively worth $84 million. And, of course, Swift's homes are located in the most coveted locations in the United States: New York City, Nashville and Beverly Hills.

It's time to take a photo tour of some of Swift's homes and see how the award-winning Queen Of Country Pop winds down when she's chillin' at home. 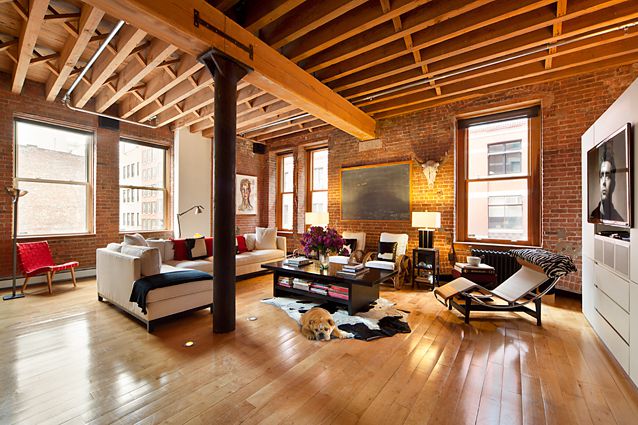 Swift owns two residences in Manhattan. The savvy singer owns a $20 million palatial penthouse in New York City's Tribeca area and a luxe apartment in the West Village. How'd she do it? 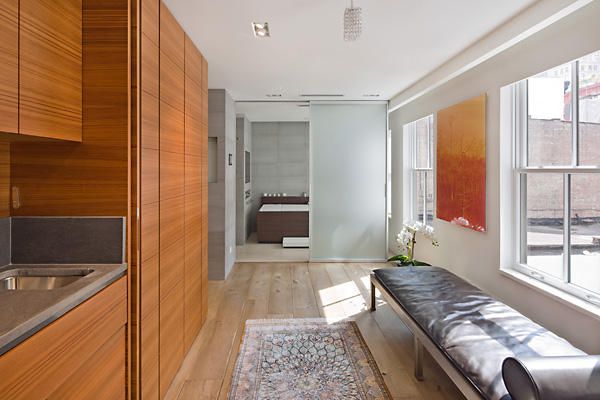 In 2014, Swift purchased two adjacent penthouses in a Tribeca building and renovated each by converting the two into one palatial duplex. There are a total of ten bedrooms and ten bathrooms, a billiards room and a sweeping grand staircase that routinely welcomes Swift back home to New York City. 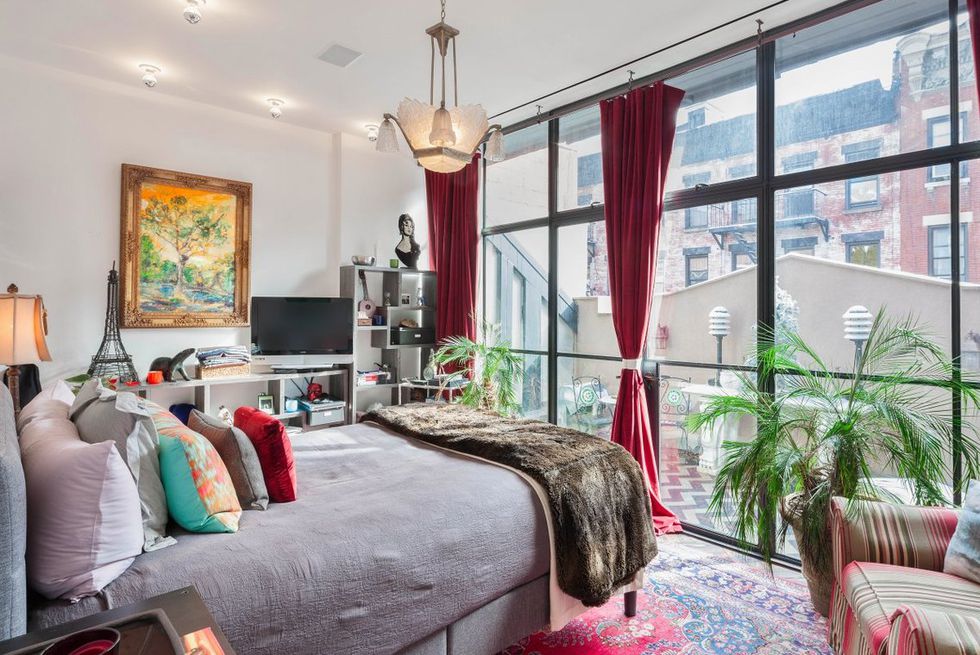 As if the above amenities are not enough, there are also double-height ceilings, antique Parisian brickwork and a variety of glamorous chandeliers that harmoniously work to create the quintessential home fit for a superstar. This superstar. 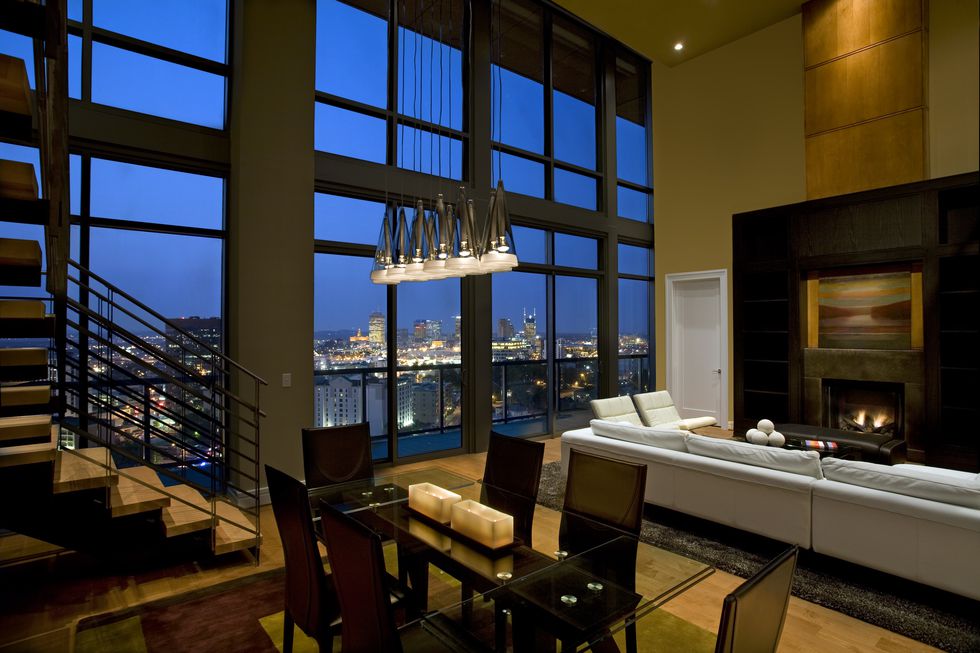 Taylor Swift made her real estate market debut at the tender age of twenty when she purchased a penthouse on Music Row in her home town of Nashville, Tennessee. The industrial-style condominium boasts 3,240 square feet and features floor-to-ceiling windows that celebrate Nashville's music scene. There is also an open-floor layout that is the ideal space for the ultimate music party that would undoubtedly include a few of Swift's friends. Perhaps Selena Gomez and Ed Sheeran singing karaoke  and a few Swifties serving as backup singers?

But Swift didn't stop with just this one purchase, she also purchased a second home in Nashville. By doing so, Swift demonstrated that she likes her Southern roots. The second home is an impeccably designed estate that features a 5,600-square-foot main house with a 2,000-square-foot guesthouse. Vaulted ceilings, herringbone floors and marble fireplaces are the home's staples. Southern charm at its very best.

"Double up." "Twice the fun." "Two is better than one."  Three mantras that Swift seems to live by. 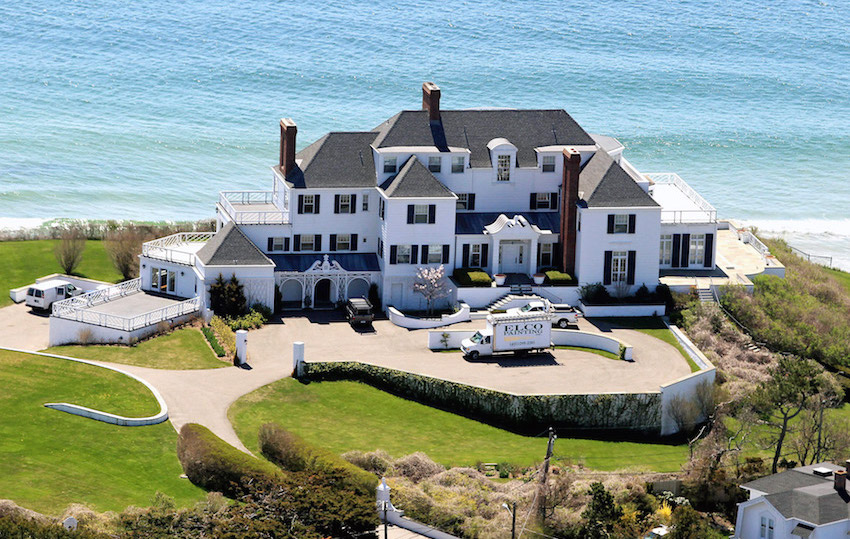 Swift has owned a number of homes in Los Angeles, but her Beverly Hills mansion is by far the most impressive. In 2015, she purchased the 11,000-square-foot manor from film producer Samuel Goldwyn. The estate was later restored and turned into a historic landmark, a decision made by Swift upon purchase. So, she's not only creating a music legacy, but a real estate one as well. Bravo, Ms. Swift! 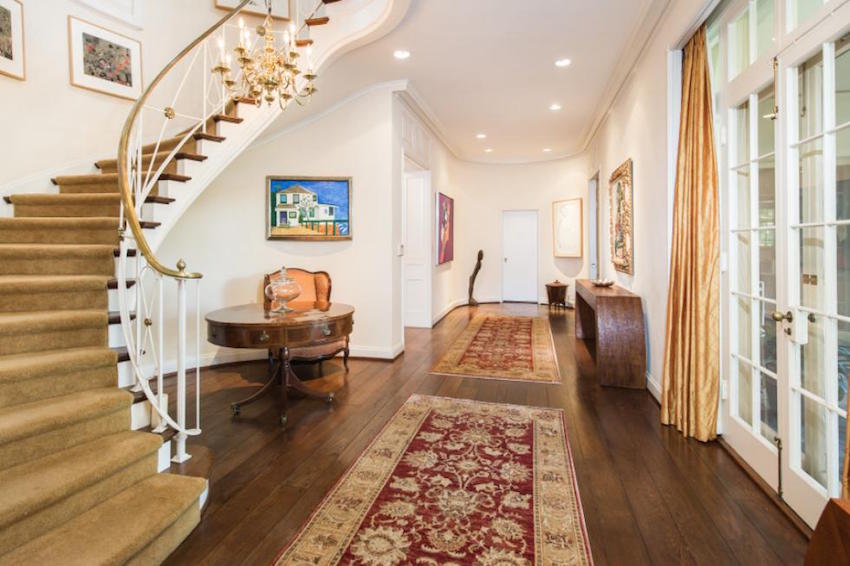 This Beverly Hills home was made for the jet-set and is the perfect place for Swift to have her annual star-studded Forth of July party. Or she could have her annual bash at her beachfront home in Watch Hill, Rhode Island, where she's been known to host Fourth of July parties in previous years. One thing is for sure, Swift will be celebrating the Fourth of July in high-end style. Either on the West Coast or East Coast.

Swift likes to also spend time in her kitchen. Her favorite beverage is coffee and she owns both a regular coffee pot and an espresso maker. One of Swift's many VMAs rests on the counter between her two coffee machines, transforming her classic kitchen into a not-so-classic luxury kitchen with a bit of glitz and glam.

It's evident that Swift prefers a cozy vibe at home that allows her creativity to explode.  And she surely has created the most ideal living spaces for inspiration to visit her time and time again. Swift has said that "[p]eople haven't always been there for me, but music always has." And, nowadays, Swift's luxury real estate empire is there for her as well. Most likely, Swift won't be shaking off these homes anytime soon.