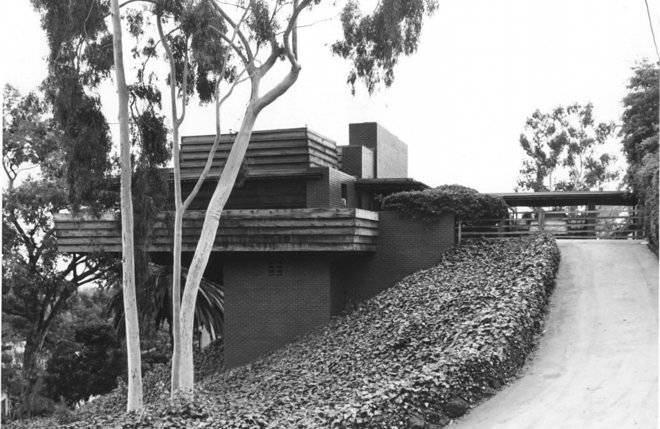 A famous Frank Lloyd Wright-designed home, known as "The George Sturges House," is scheduled to be auctioned off on February 21, making this the first time it has been on the market in almost 50 years.

The bidding will be held via Los Angeles Modern Auctions. It is projected to bring in at minimum $2.5 to $3 million at the auction.

Built in 1939, the 1,200-square-foot residence resides on the side of a hill on a lot located in Brentwood, California. The one-story, single-family house was built using materials of concrete, steel, brick, and redwood and features a 21-foot panoramic deck.

Considered to be a pivotal project for Wright, The George Sturges House was the only structure in Southern California that Wright built in the modern style he called Usonian design.

In May of 1993, the home was designated as a Los Angeles Historic-Cultural Monument. Actor Jack Larson lived in the home until his passing in September 2015.