Our friends at TopTenRealEstateDeals.com have rounded up a hot handful of luxury residences for sale, from a spectacular mansion on the Main Line once owned by the President of Campbell's Soup, to a sprawling 128-acre ranch in Jackson Hole, Wyoming.

This spectacular Tuscan-style estate—nestled on 19.5 acres of lush California land—has played home to actor Jeff Bridges and his wife Susan for two decades. 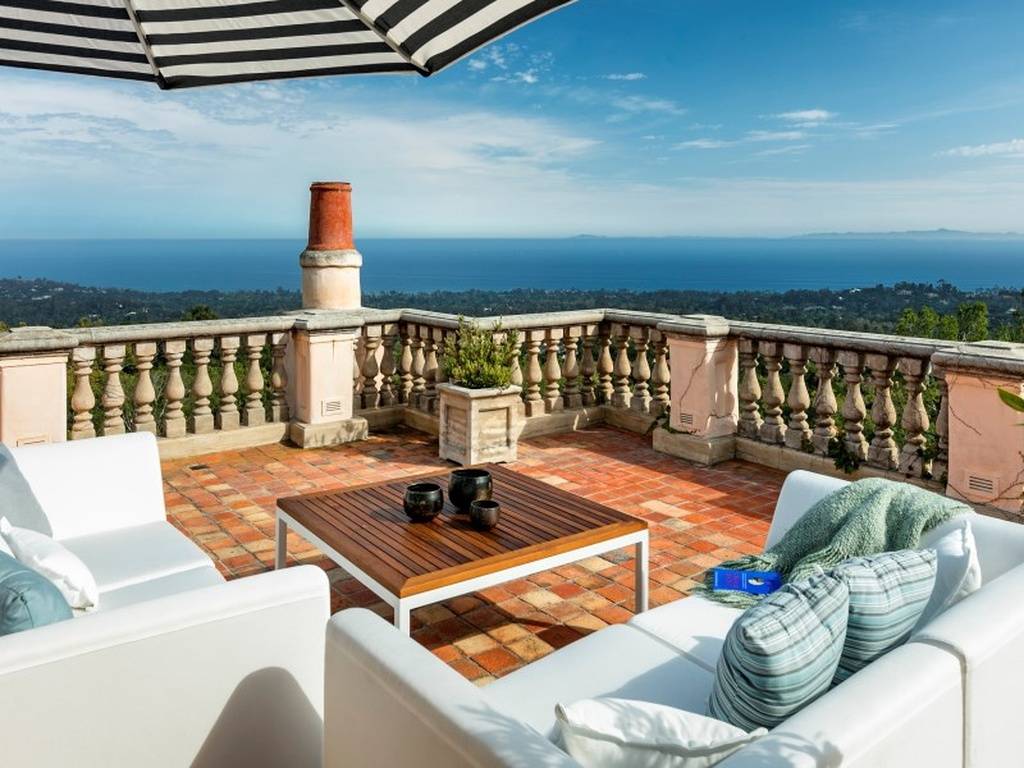 Perhaps looking for something a bit smaller now that their three children have purchased homes of their own, the couple has listed their palatial estate for $29.5 million. The property features a 9,593-square-foot main house, as well as a caretaker’s cottage, a detached auxiliary garage, a pool house, and a guesthouse. Take in stunning ocean views from almost any room in the house—double French doors, multiple terraces, and endless trails are perfect for doing so. The five-bedroom, six-bathroom main house features a large theatre, an attached four-car garage, and a wine cellar. Also on the property you will discover a swimming pool with a beautiful waterfall, Bridges’ recording studio, a greenhouse for orchids, and an abundance of Bridges’ beloved aloe plants.

Become one with nature on this 128-acre ranch in Jackson Hole, Wyoming, just listed by Robin Siegfried and his wife Cherrie, for $19 million. 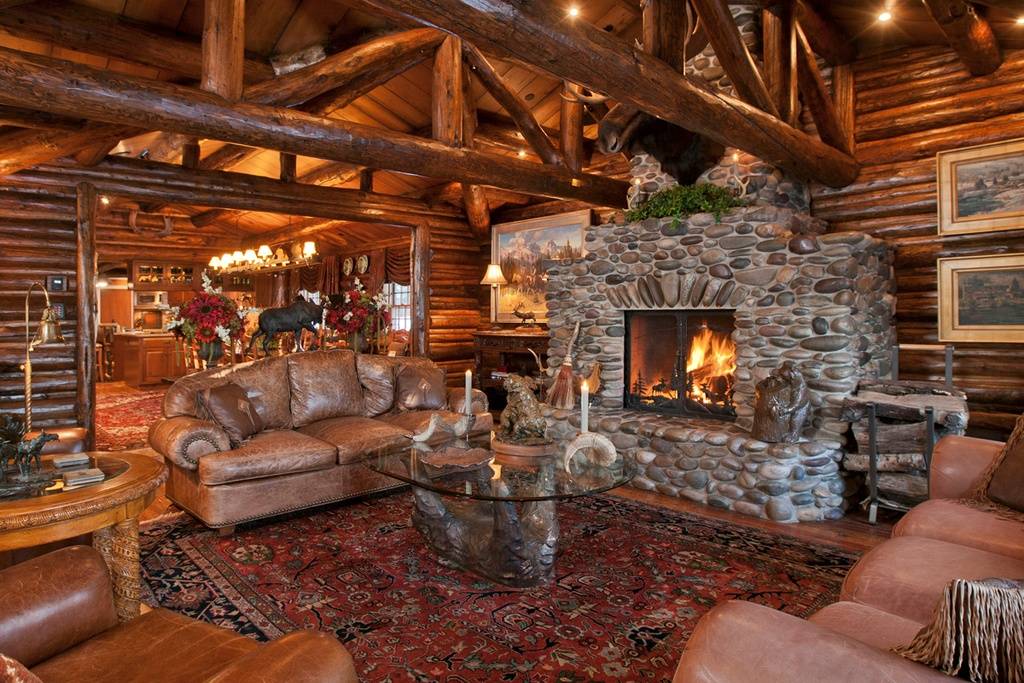 The wonderfully restored home is surrounded by five mountain ranges and boasts a private quarter-mile stretch in Fish Creek. The rustic estate—which has hosted many notable characters including Mitt Romney, Dick Cheney, Meg Whitman, and Queen Noor of Jordan—includes a five-bedroom main house, a one-bedroom guesthouse, a barn, workshop, caretaker’s cabin, and a 1,000-square-foot greenhouse. Also on the vast property are a grand lodge, two log cabins, and multiple outbuildings including a detached garage and hay shed.

Built by the billionaire founder of Publishers Clearing House Harold Mertz in 1979, this sprawling, 11.9-acre estate is going to no-reserve auction on August 6th. 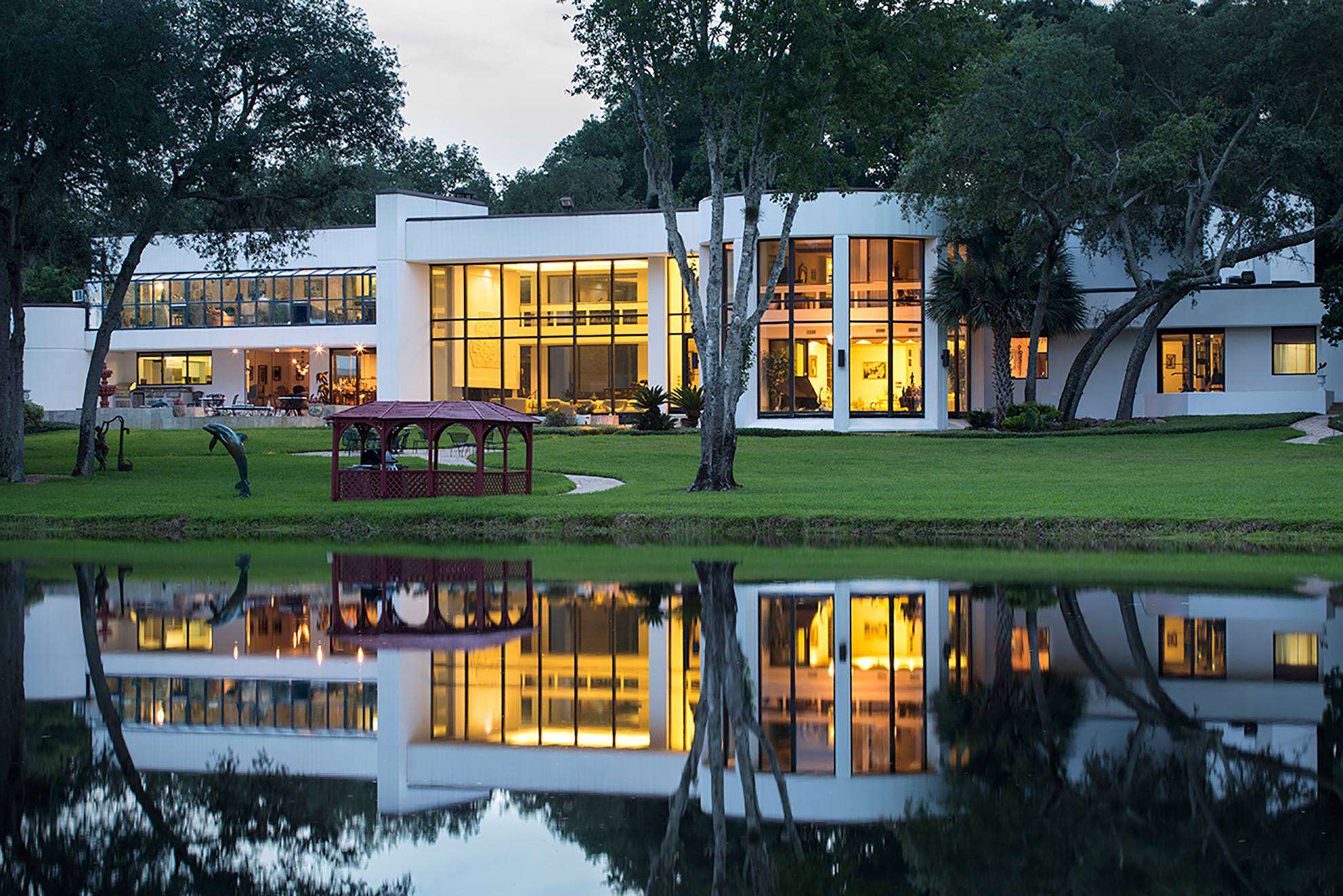 A gated expanse just miles from downtown Orlando, the residence features a nine-bedroom, 13-bathroom, 16,000-square-foot main house with walls of bulletproof, insulated glass. There is also a 2,900-square-foot, two-bedroom, three-bathroom guest/pool house and a 1,000-square-foot caretaker’s cottage. Two presidents, senators, and governors have all been guests at this luxurious estate, in addition to a host of other notable businessmen.

Relish the home’s plentiful koi ponds, private five-acre pond with a fountain, swimming pool, spa, tennis courts, two outdoor kitchens, exercise suite with Kohler sauna and steam room, and eight-car garage that has room for a stretch limo. The haven, which was previously listed at $5.8 million, also offers a two-year membership at the Sweetwater Golf and Country Club with purchase.

Albion Hall, the present-day 4,500-square-foot home that has been entirely remodeled and seismically retrofitted, may not seem like it was built in 1906 at first glance. 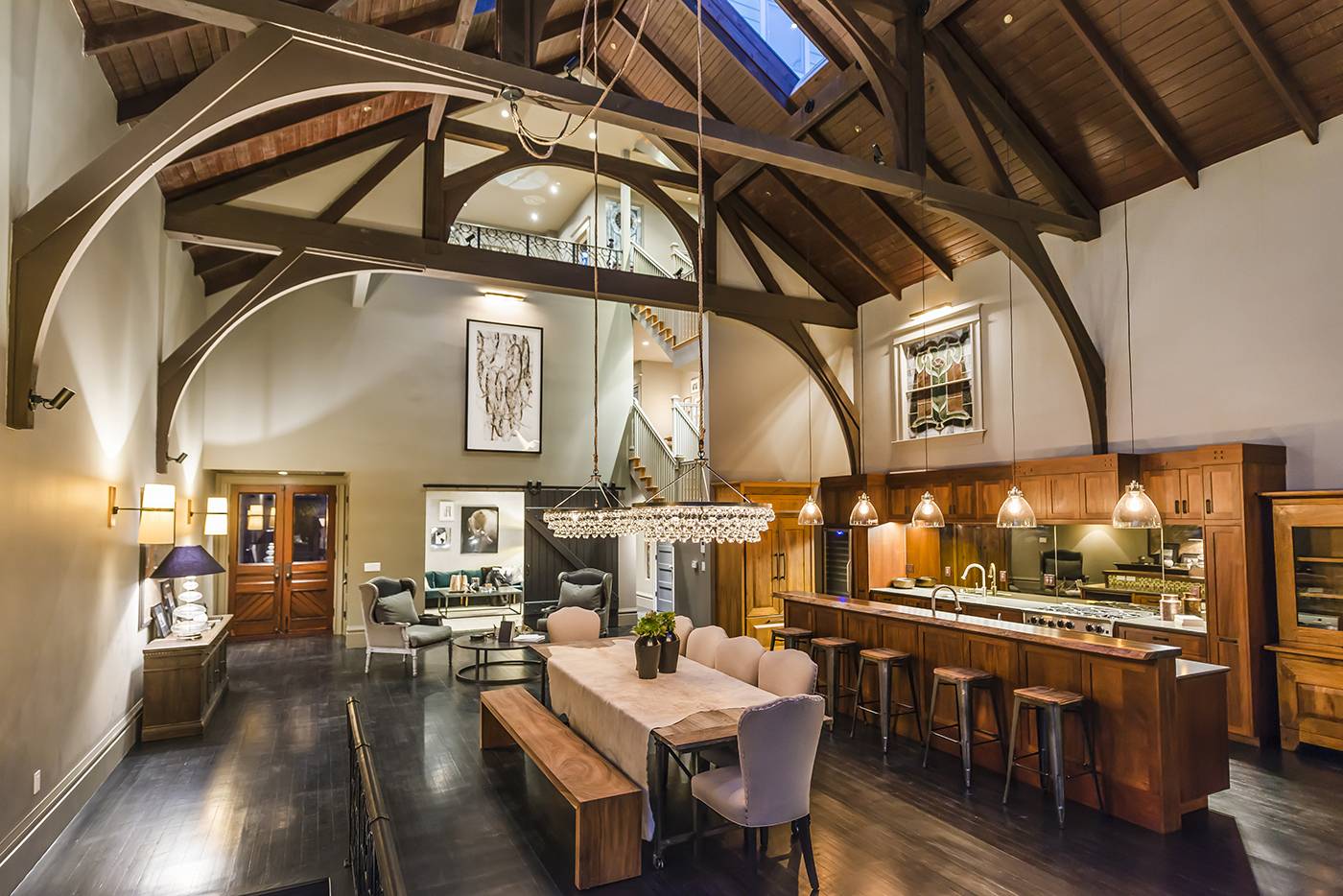 The residence, which was built as a meeting hall for the San Francisco Socialist Party right after the 1906 earthquake, remained a gathering ground for various organizations until 1966. It was a few years later when Tom Waddell, an Olympic decathlete, then purchased the home as a private residence.

Today, the home—now listed at $6.5 million—exhibits lovely character throughout its five levels. The four-bedroom, five-bath abode is centered on the three-story great room, and also features a private, landscaped rear garden and wine cellar, as well as 360-degree views from the landscaped roof deck. 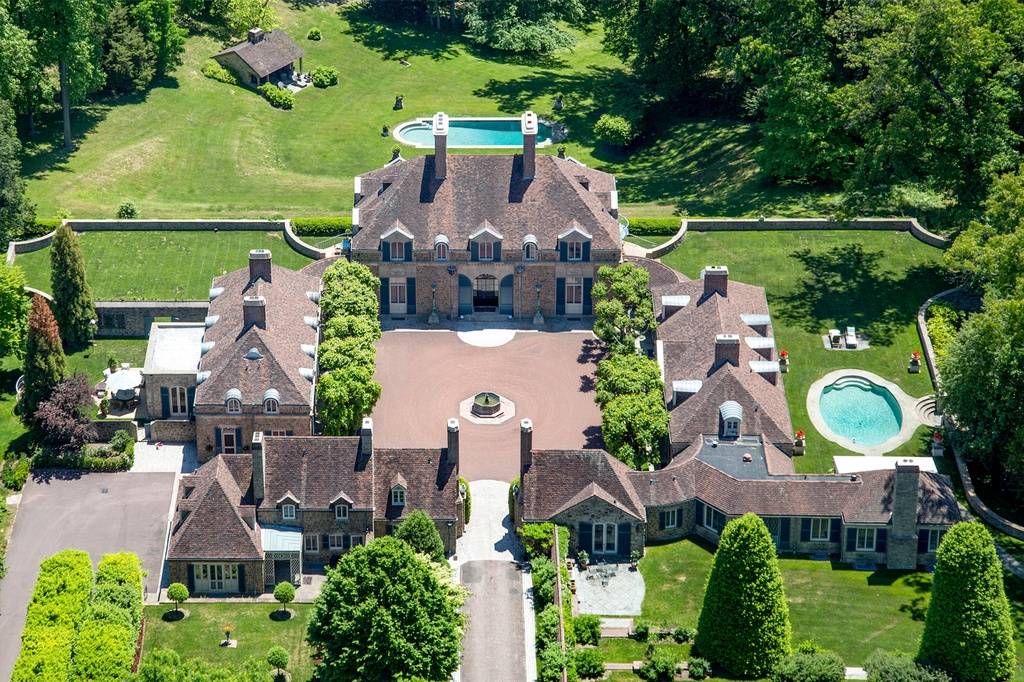 Renowned architect Edmund B. Gilchrist designed the Linden Hill residence in 1928. The estate spans 50 acres in Gladwyne, Pennsylvania, on Philadelphia’s prestigious Main Line. Gilchrist’s sprawling 14,500-square-foot home is French Normandy in style and has extensive stone detail and a turreted gatehouse entrance. It features such fine details as hand-carved English paneling, eight fireplaces, and a spectacular layout built around a central courtyard-motor court.

The estate’s claim to fame came years later when it was purchased—and inhabited for five decades—by the Dorrance family of Campbell soup. The eight-bedroom, ten-bathmansion has been thoughtfully restored and updated to include all modern amenities. The estate features a 10-car garage, several guesthouses, staff rooms, a barn, woodshop, and—of course—a large chicken coop. The home, which was originally listed at $24.5 million, is now asking $19.5 million.