Our friends at TopTenRealEstateDeals.com have rounded up a hot handful of luxury real estate for sale, from actor Robert De Niro's old West Village penthouse to what is known as California's number one celebrity house, the "Farralone Estate." 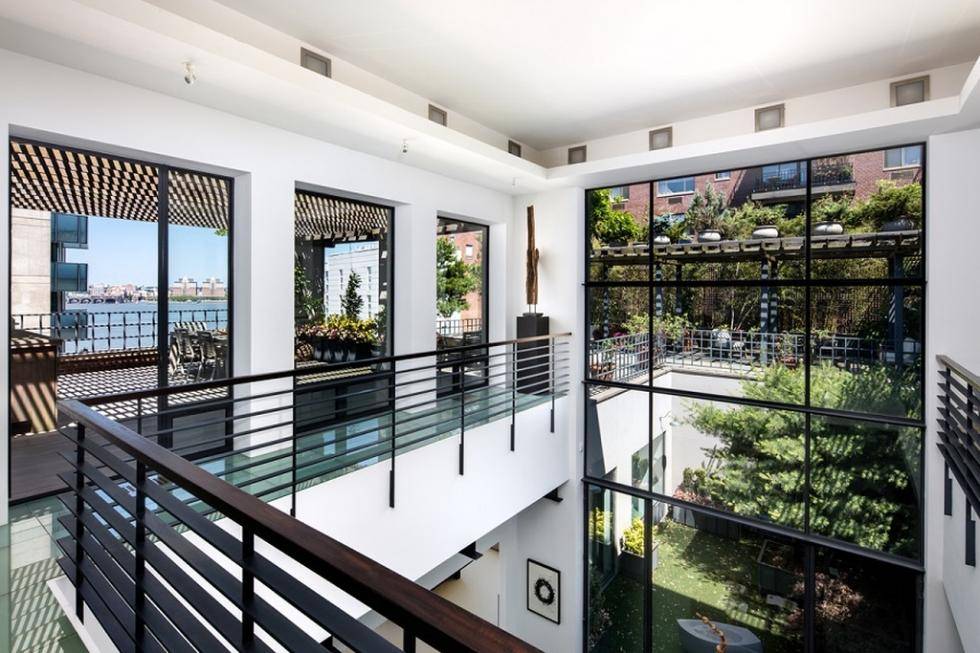 Fitting well into the category of rich residences, this duplex penthouse, which Robert De Niro rented for two years, is almost 11,000 square feet and includes terraces with 360-degree views of the Hudson River and the city. There’s greenery spilling over railings and trees growing from terraces, making it almost hard to believe that it’s even in the city. The home features a sophisticated living room with its double-height ceilings and wood-burning fireplace, a library with a wood-burning fireplace, a home office, and a formal dining room. The master suite includes a fireplace, a terrace, two windowed walk-in closets, and bath with steam room. There are five bedrooms, five baths, a 3,000-square-foot private garage, and an eat-in chefs kitchen containing a full-prep kitchen, top appliances, barbecue grill, and large walk-in pantry. Guests will be wowed by this impressive venue for entertaining. There is also a guest apartment on the building’s first floor, which is available separately for $1.5 million. The West Greenwich duplex penthouse is now priced at $29.8 million. 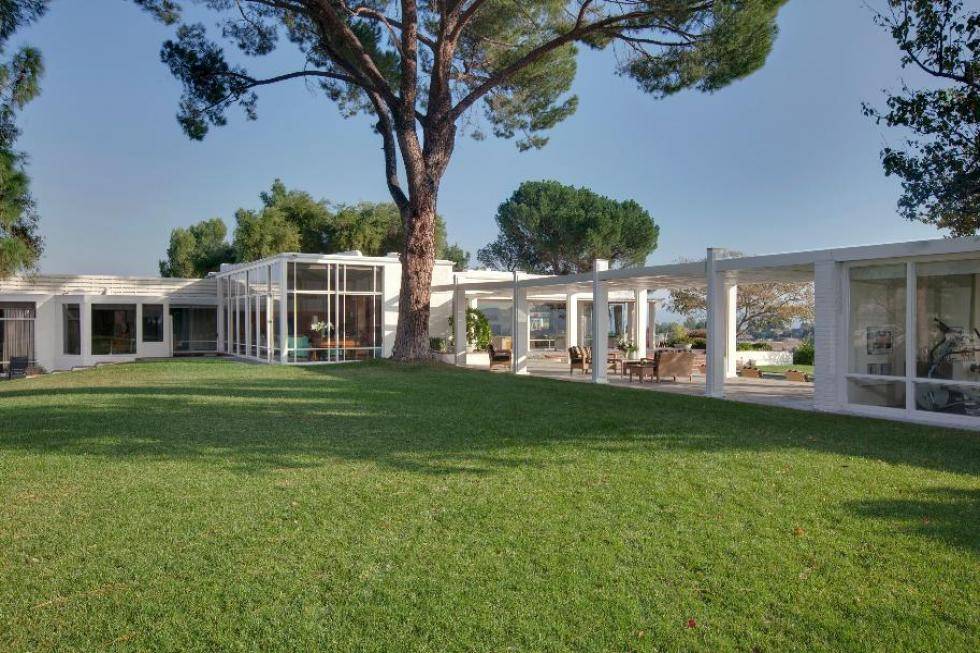 The "Farralone Estate" has enjoyed its own celebrity status for 64 years. It has hosted the likes of Lucille Ball, Ava Gardner, Frank Sinatra and the Rat Pac, Judy Garland, and Marilyn Monroe, and has also been the backdrop for numerous films such as Swordfish, Dreamgirls, Transformers, and Bewitched; television series like Mad Men and Californication, and music videos by Mariah Carey, Usher, and Rihanna.

Located on 4.3 acres in the Chatsworth neighborhood on a hilltop, Farralone has 360-degree views over Los Angeles, mountains, and the surrounding 3,000 acres of nature preserve. Gated and unable to be seen from the road, the 6,661-square-foot, four-bedroom, six-bath structure has 60 percent of its walls as 16-foot-tall glass, flooding the home with light and capturing the views in all directions. Also, included is a bar, formal dining area, den-office, large chef’s kitchen with island, breakfast nook with view and top-of-the-line appliances, a number of fireplaces, and endless entertainment areas both inside and out. It has also proven to be a significant investment considering its well-established connection with studios and can bring in considerable income as a bonus. The Farralone Estate was most recently for sale at $7.5 million. 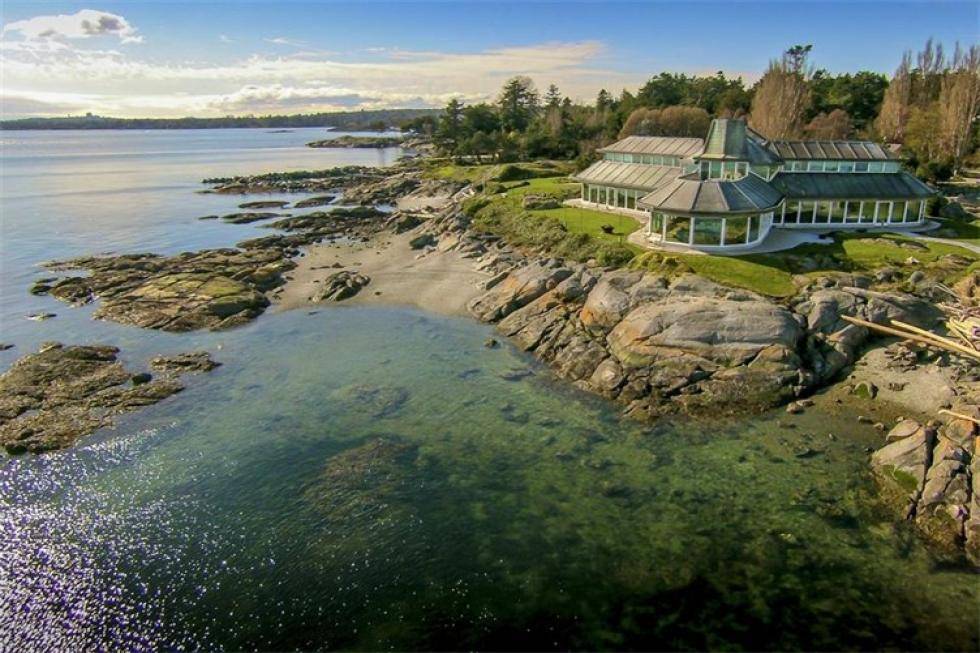 Located at the tip of Victoria, British Columbia’s coast, "The Point" is a glass home with three wings situated to capture views up and down Victoria’s Haro Strait and across to San Juan Island in the distance. It’s in a prime location for watching boats and spotting orcas, humpback whales, sea otters, and sea lions sunning on The Point’s beach rocks. Sited on 1.56 acres with 1,250 feet of waterfront, the 6,465-square-foot, two-level home and grounds encompass the estate, which include three private beaches. The interior includes spectacular water views through glass walls, skylights, an expansive foyer with large water feature, and a chef’s kitchen with floor-to-ceiling semi-circular views, perfect for entertaining. With three bedrooms and four baths, included are the master wing of 1,082 square feet and two separate bedroom suites of 400 square feet each. There is also an office and exercise room as well as numerous fireplaces and an outdoor decking. This contemporary glass home on the edge of the scenic Haro Strait is priced at $5,887,608. 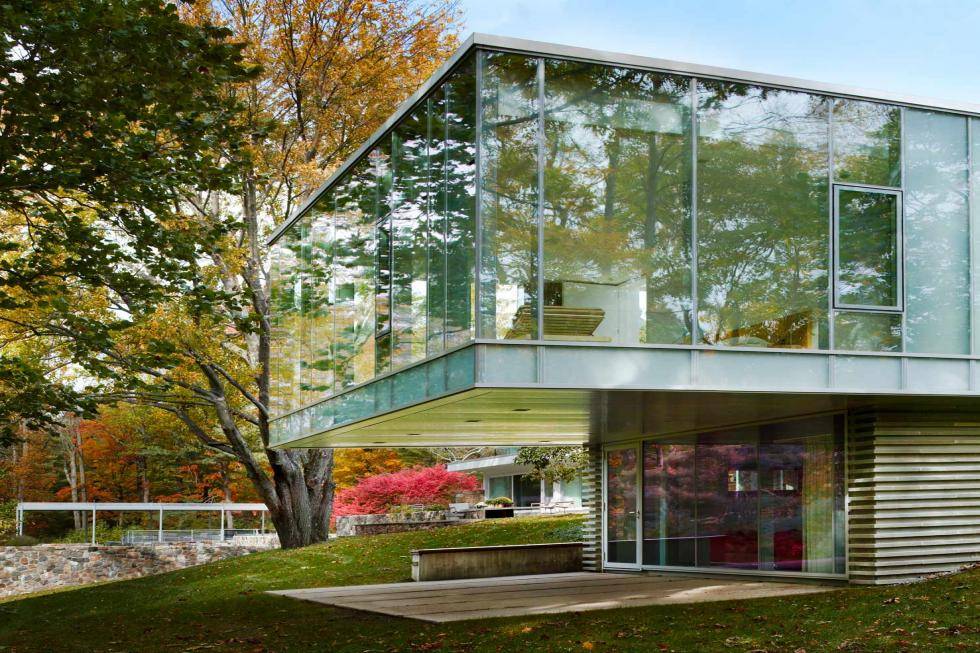 Now for sale, this 4,777-square-foot home sits on 3.11 acres with four bedrooms, six baths, high ceilings in the main house, and a Snaidero kitchen. On the professionally landscaped grounds, are a heated pool and stone pool house with open living area, kitchen, full bath, a sunning deck, and a walk-in wine cellar that is heated and has central air. Professionally designed exterior lighting highlights the stone wall and landscaping. In 1951, architect Marcel Breuer and his wife purchased the New Canaan, Connecticut, property, where he designed and built this family home. The house––which is extremely contemporary for its era and appeared in several publications including the New York Times and Holiday Magazine––is now available for $5.85 million. 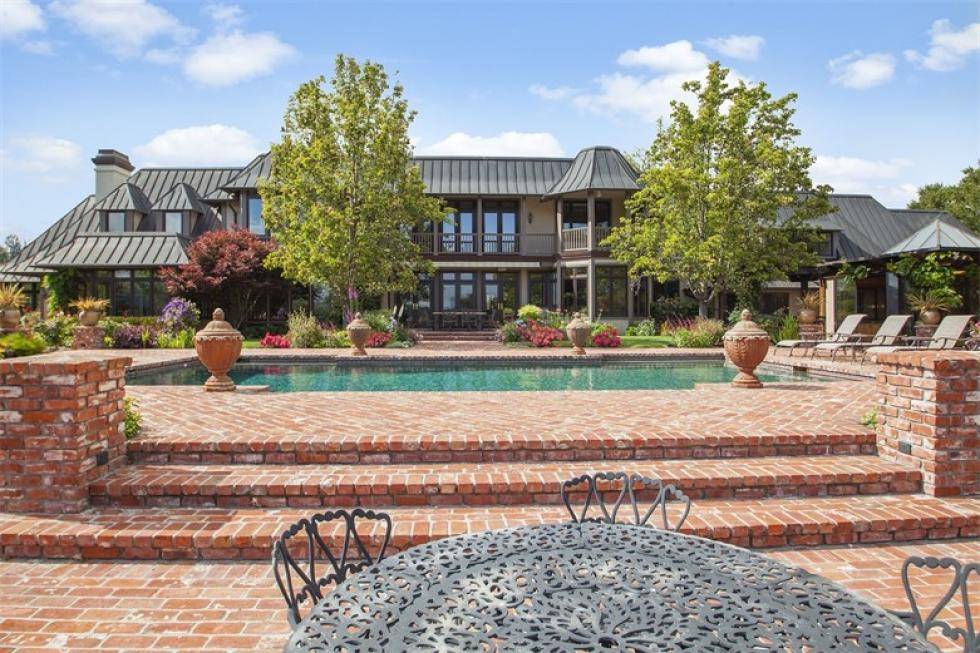 This home in the San Francisco community of Orinda is perched on a gated community hilltop and includes sweeping views of mountains, the reservoir, and the San Francisco Bay. On almost nine acres, there are four buildings totalling more than 23,000 square feet. The luxurious main house, with six bedrooms and 10 baths, includes a 1,200-square-foot master suite with an 855-square-foot closet. The carriage house is separated from the main house by a koi pond and waterfall and contains full banquet facilities and a five-car garage with wash station. The sports complex at 14,200 square feet contains a golf simulator, tennis court, racquetball court, squash court, bocce ball court, rock climbing wall, swimming pool, spa with men's and women’s locker rooms, indoor and outdoor kitchens, and fireplaces. This house for sports lovers is priced at $22.5 million.