Our friends at TopTenRealEstateDeals.com have rounded up a sweet mix of noteworthy homes across the globe, from actress Faye Dunaway's elegant two-story home in West Hollywood and a picturesque brick home in Virginia, to a "soaring" abode in the Lone Star state.

Legendary Hollywood star Faye Dunaway just sold her West Hollywood duplex for $1.45 million, having initially purchased the property for nearly a fifth of the price almost 20 years ago. 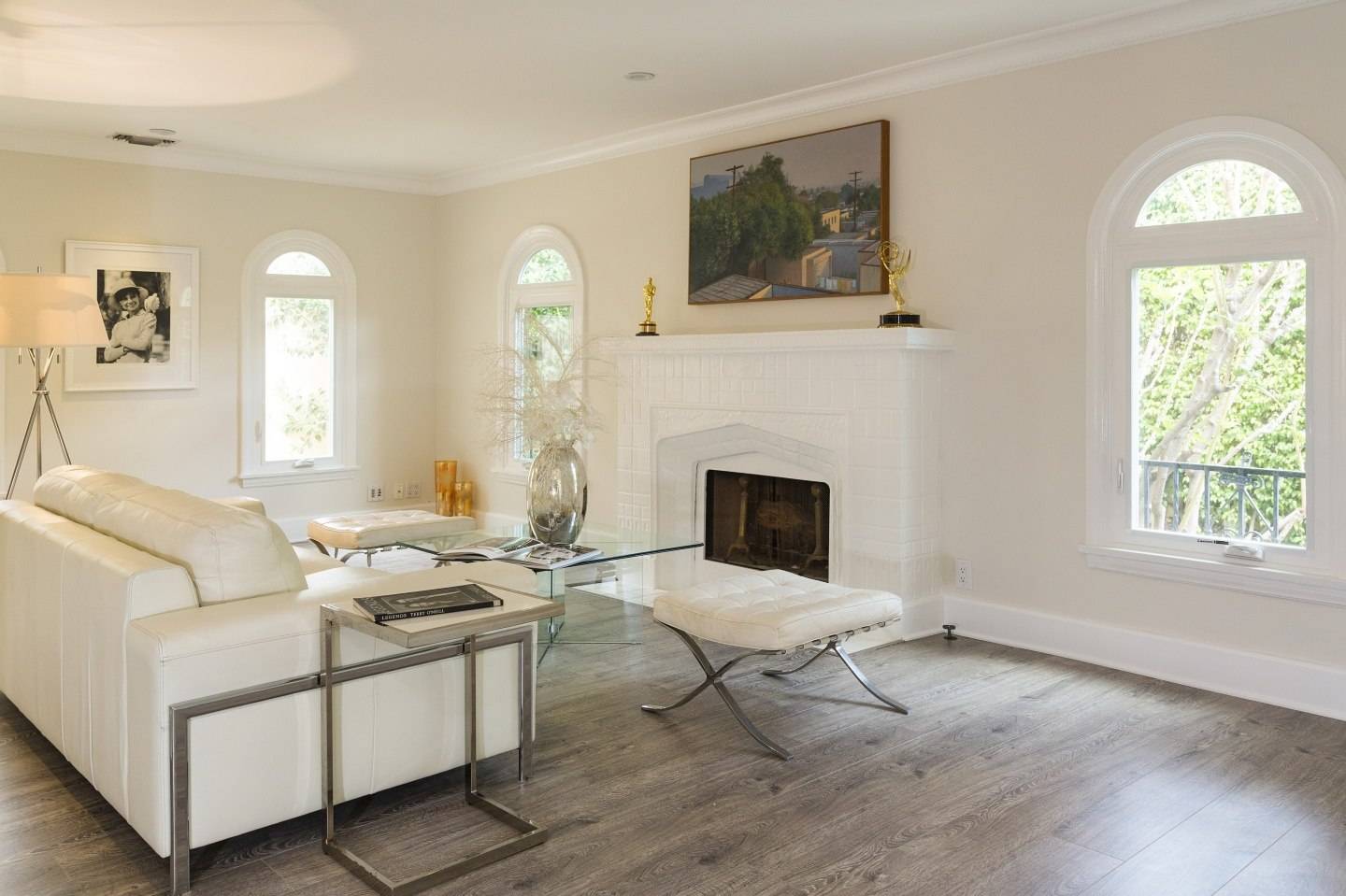 South Africa is a nation like no other—a blend of game reserves, safaris, and wine country, set in a year-round temperate backdrop. 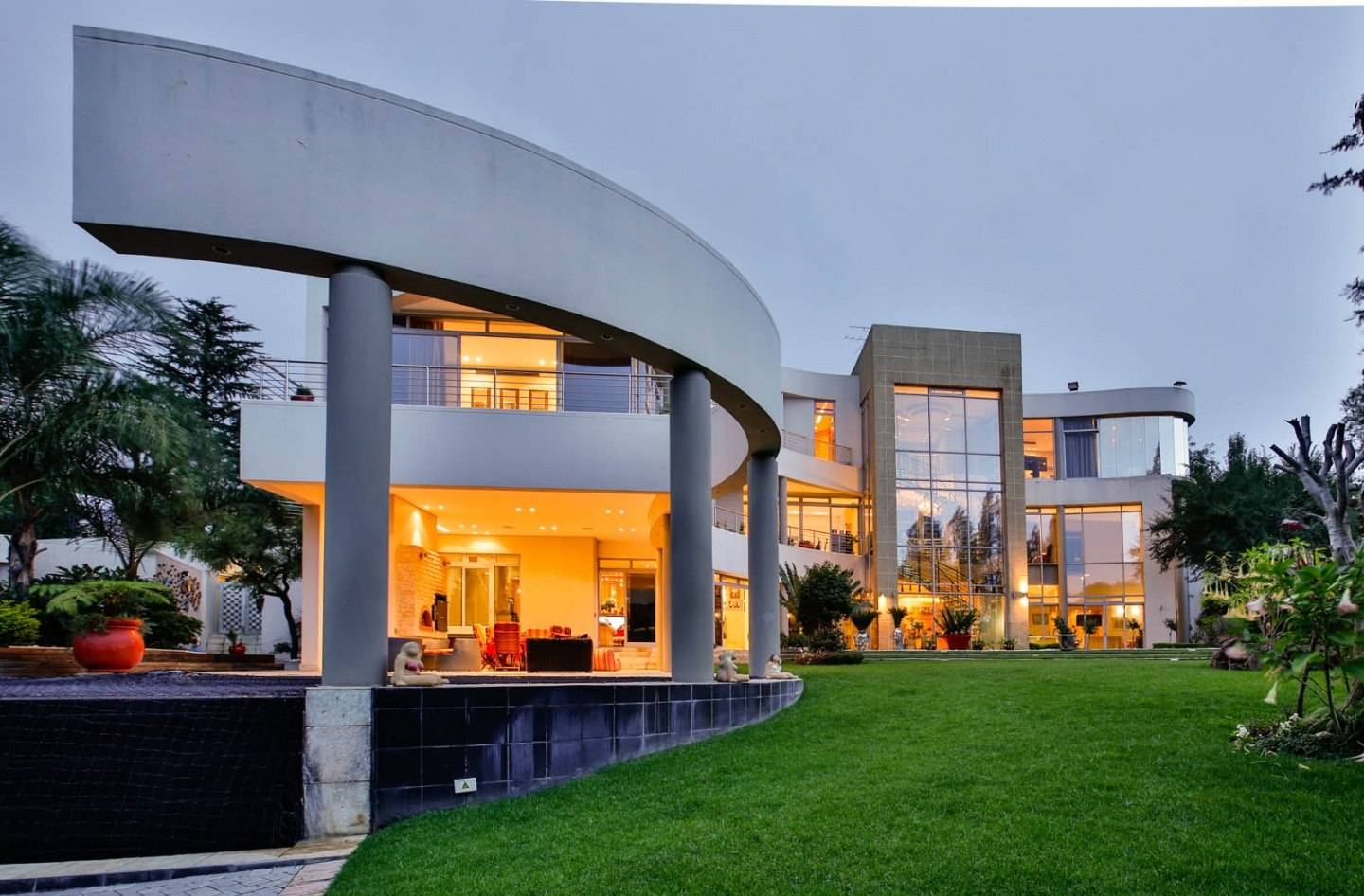 Now on the market in Johannesburg, this four-bedroom, six-bath home—listed at $1.275 million—features five living areas that lead out to a heated pool and gardens. Touting a curvilinear design, the glassy residence has a newly redecorated kitchen along with a separate bar and wine room, making it ideal for entertaining. It also has staff quarters, a detached studio, and a four-car garage.

Sited on one-and-a-half acres, this Winn Wittman-designed abode in Austin—known as "Soaring Wings," due to its unique shape—is a modern blend of copper, stone, steel, and glass. 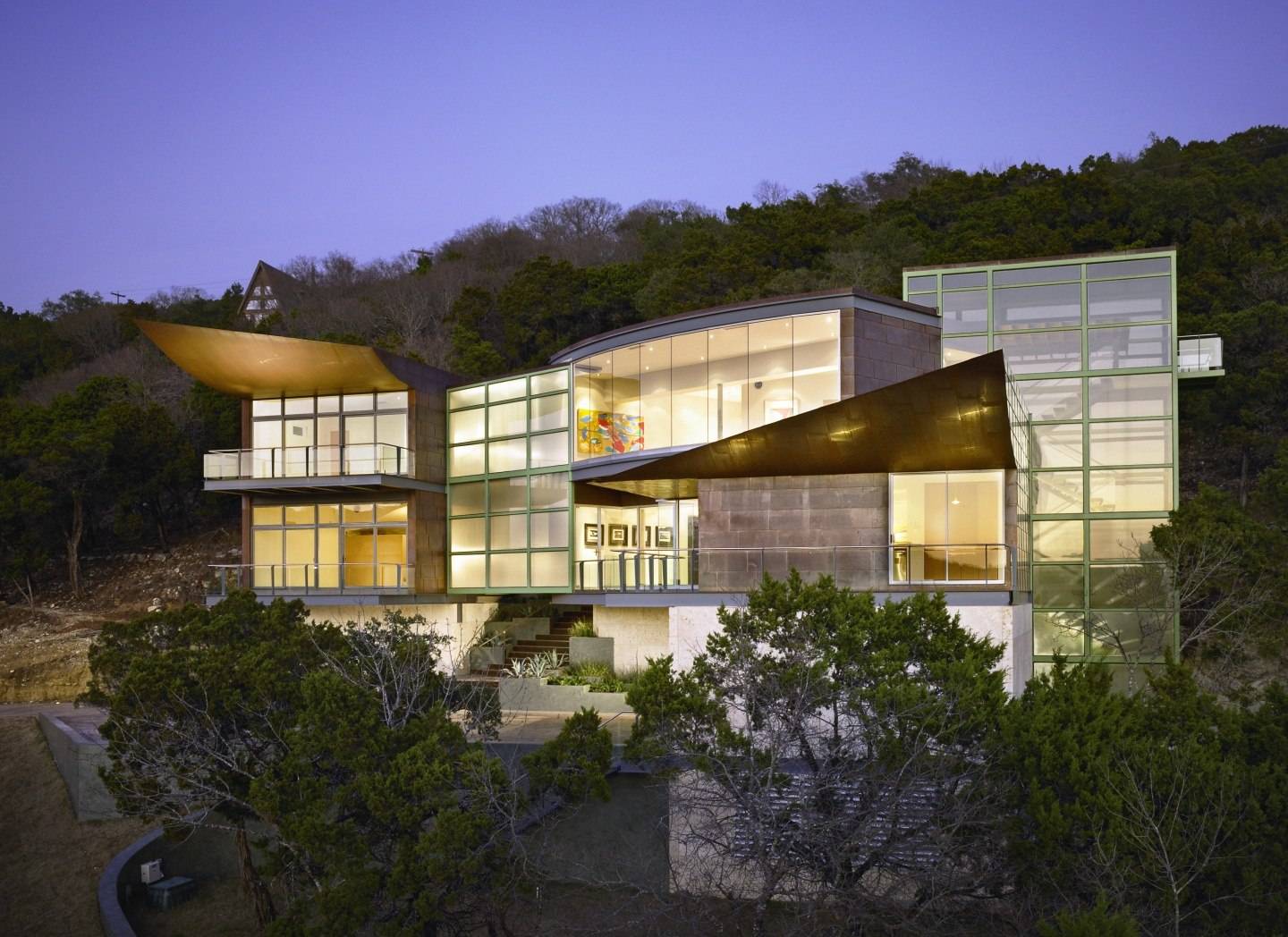 With 6,100 square feet of living space, the four-bedroom, six-bath home—currently asking $5.95 million—has curved and angled walls of glass that overlook lush green hills from nearly every room, including the chef's kitchen and family room. Outside, there are also ground-level terraces and an oversized saltwater pool adorned with fountains. The estate is so breathtaking, that it was used as the set of an yet-to-be-named film currently in production starring Ryan Gosling and Natalie Portman.

#4: On the Ocean in Kennebunkport

Located in the peaceful fishing village of Kennebunkport in Maine, this 5,882-square-foot home—now on the market for $4.25 million—sits on a two-acre swath at Marshall Point, and features a 207-foot stretch of private beach. 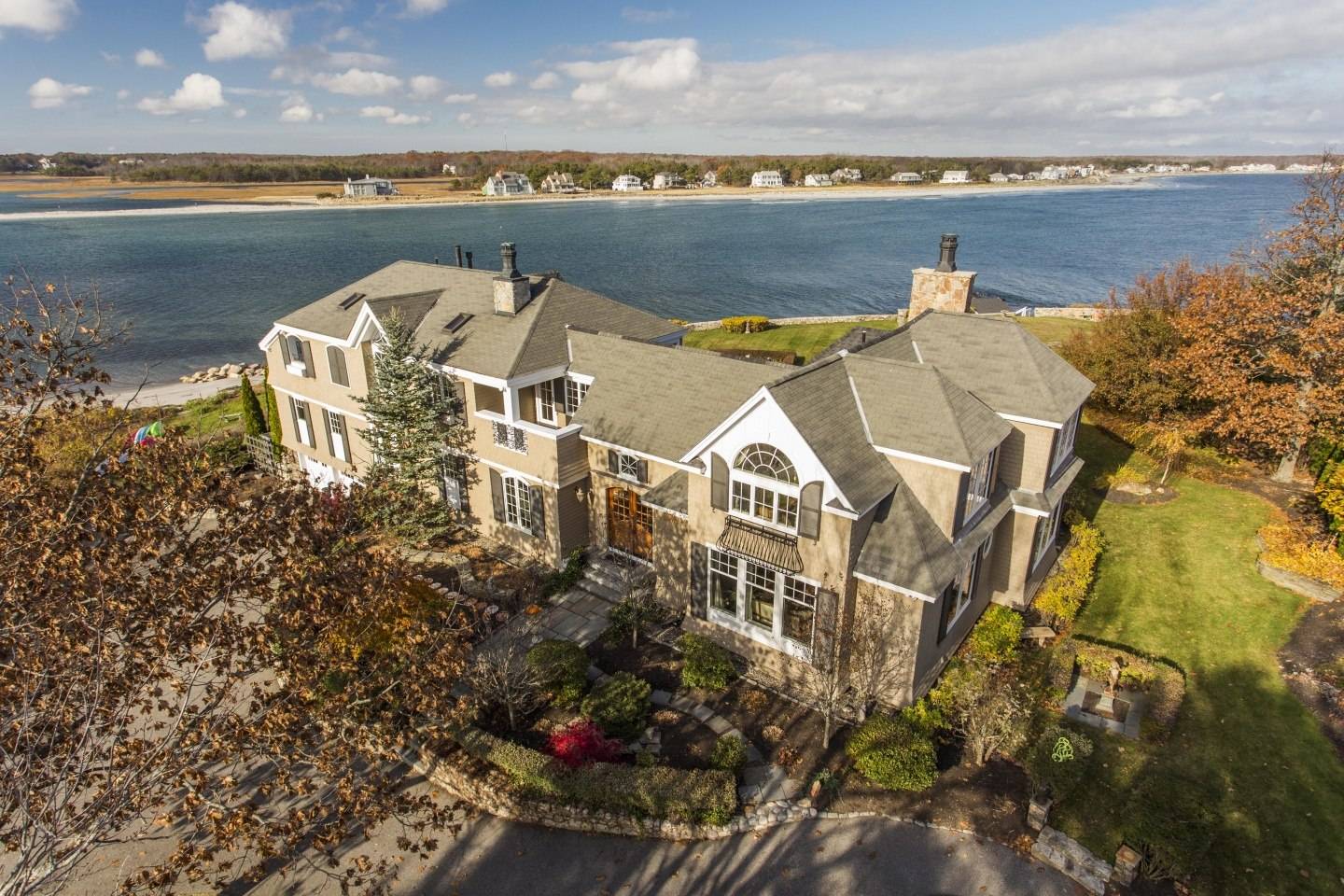 Offering five bedrooms and five baths, the home also comes with an oceanside cabana that sits right on the water's edge.

Known as the Bath Alum Estate, this 818-acre property in Millboro, Virginia's Allegheny Highlands will be auctioned off on April 17th at the Homestead Resort. 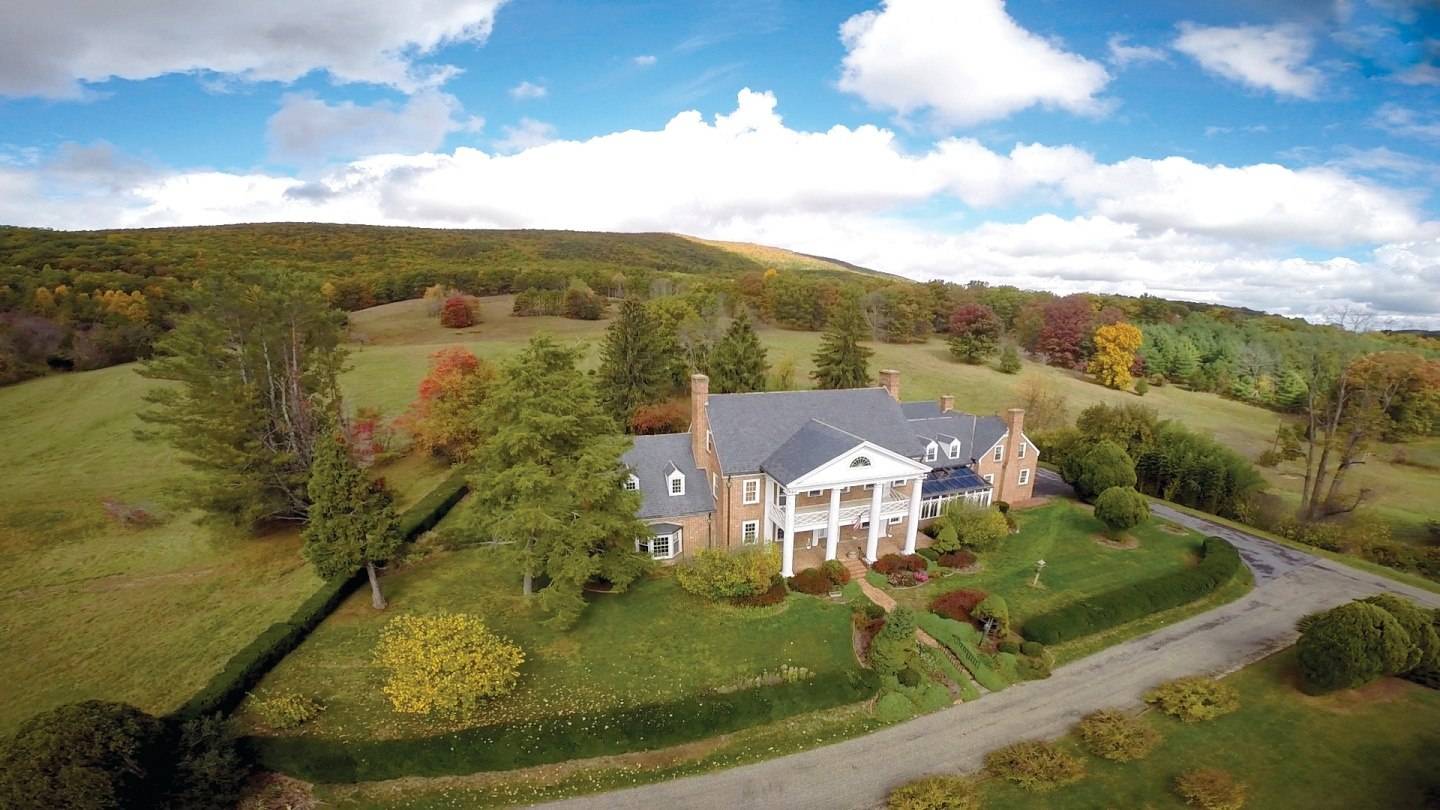 Built out of bricks sourced from a hotel that once stood in its place, a 1930 grand manor featuring a greenhouse-enclosed swimming pool, paved air strip, three airplane hangars, and a brick barn—along with six other residences sited on the massive grounds—will be up for grabs with a starting bid of $4 million (with the estate having been appraised at $7.8661 million).

Enjoyed this roundup of extraordinary homes? Click here to see the rest of this real estate hot list.