Our friends at TopTenRealEstateDeals.com have rounded up a cool mix of noteworthy homes currently up for grabs.

Read on for our top five picks of the bunch, from Marc Anthony's Gold Coast home, to a Belle Epoque Art estate in Miami Beach. 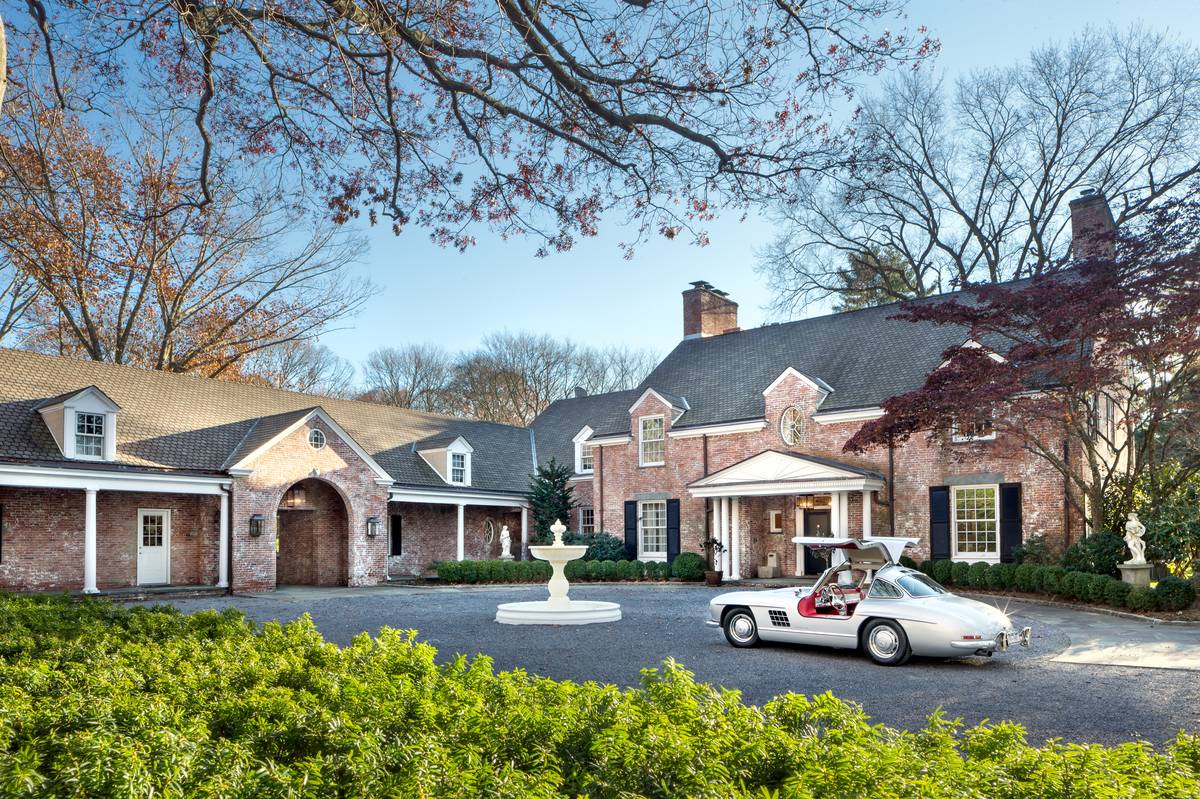 Located on the Gold Coast, the 10,084-square-foot red-brick house features 10 bedrooms and 13 baths, along with a mahogany-paneled library, an office, an eat-in chef's kitchen with a butler's pantry, and a large screened sunroom complete with radiant-heated terrazzo floors off the formal dining area. As expected, the residence also showcases a professional recording studio in its lower level, accompanied by a state-of-the-art movie theater and an additional kitchen. Upstairs lies a large master suite and guest bedrooms. Outside, well-kept grounds are peppered with mature trees, an oversized swimming pool with a pavilion, a tennis court, and a carriage house. A 4,000-square-foot center hall Colonial guesthouse—comprised of five bedrooms and five baths—can also be found on the eight-acre estate, whose main house was built in 1941 and decorated by Thom Filicia.

Nestled on San Marino Island, off the Venetian Causeway, Villa Casa D'Azzurro is the first Belle Epoque-style home ever to be built in Florida.

Perhaps the home's most notable highlight is its 2,500-square-foot rooftop solarium, which offers panoramic views of Biscayne Bay, a infinity-edge waterfall, a marble Jacuzzi, and a bar and outdoor kitchen. The home's sun-soaked interior is adorned with white Carrara marble and Brazilian wood flooring, along with Venetian plaster walls and a gourmet designer kitchen. An antique white marble terrace—which features a built-in misting system, a waterfall fountain, and a 43-foot heated infinity pool with a Badu jet and chromotherapy—can be found on its first floor.

Sited on 10 acres in Presario Point—an affluent suburban neighborhood in Phoenix, in the Ahwatukee Foothills—this 8,900-square-foot mansion touts stunning views from every window. 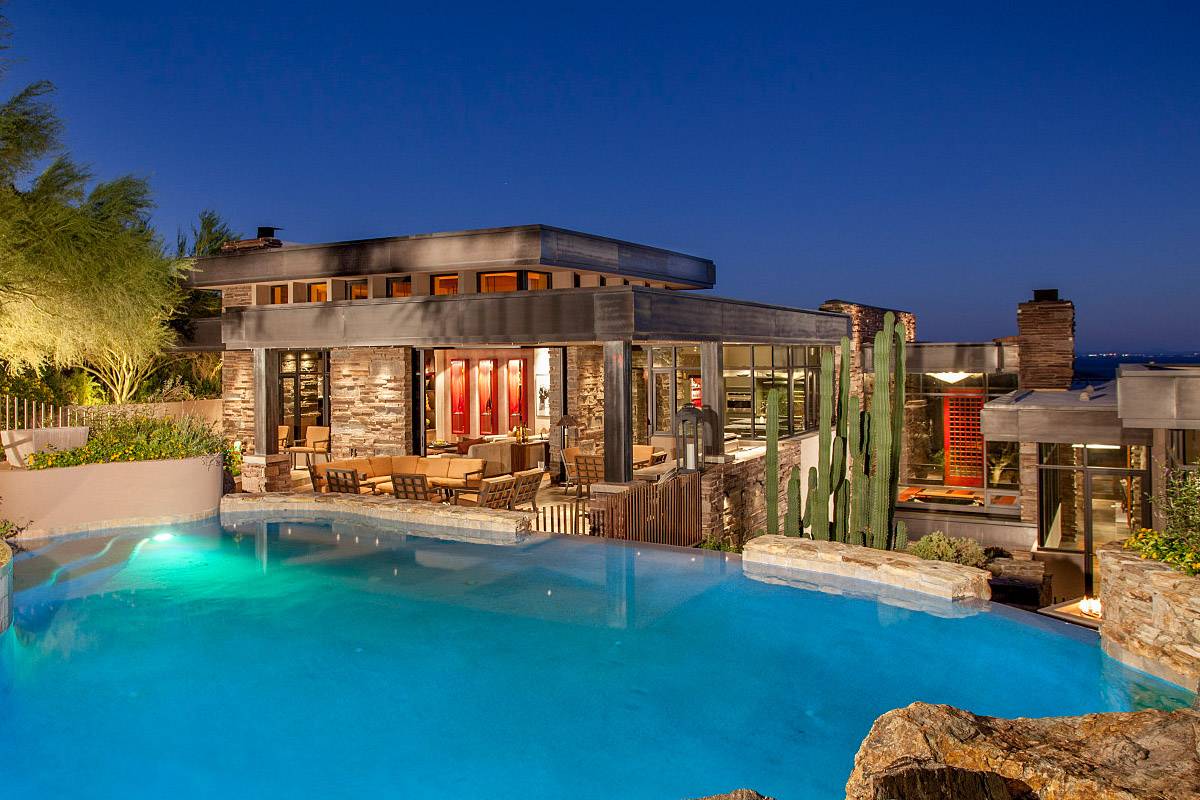 Set to be auctioned off no reserve on February 12th, the grand estate has five bedrooms, nine baths (five of which are en suite), and a 12-seat movie theater, not to mention a chef's kitchen with a walk-in fridge and freezer; an elevator; a safe room; and automatic shades and screens. Glass walls allow for seamless indoor-outdoor living, and provide easy access to the waterfall-adorned heated diving pool. The home's custom furniture will also be available for purchase separately.

Often regarded as one of late John Lautner's most urban architectural designs, this 2,100-square-foot home in Newport Beach, California—known for its jaw-dropping resemblance to an open-mouthed whale or shark—is now up for grabs for $5.395 million. 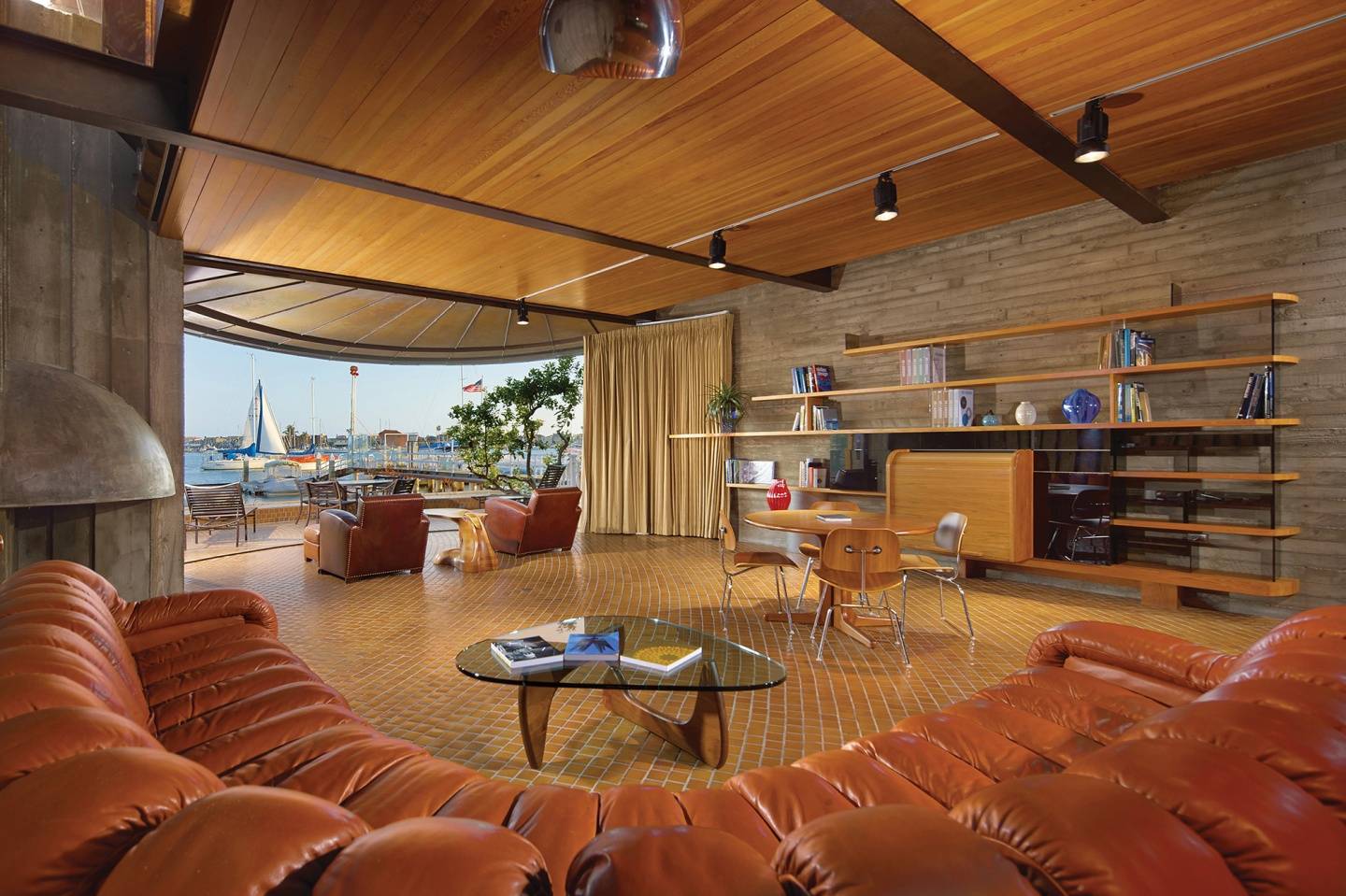 Formally known as the "Rawlins House," the Balboa Island treasure features an open floor plan and consists of three bedrooms and baths, as well as sweeping views of the bay visible through retractable glass walls. Other noteworthy facets include Douglas fir ceilings, ceramic-tiled floors, and a copper roof and balcony.

Located in Austin's Pemberton Heights, this Italian Renaissance-style home—now on the market for $19.5 million—is a recorded Texas Historic Landmark. 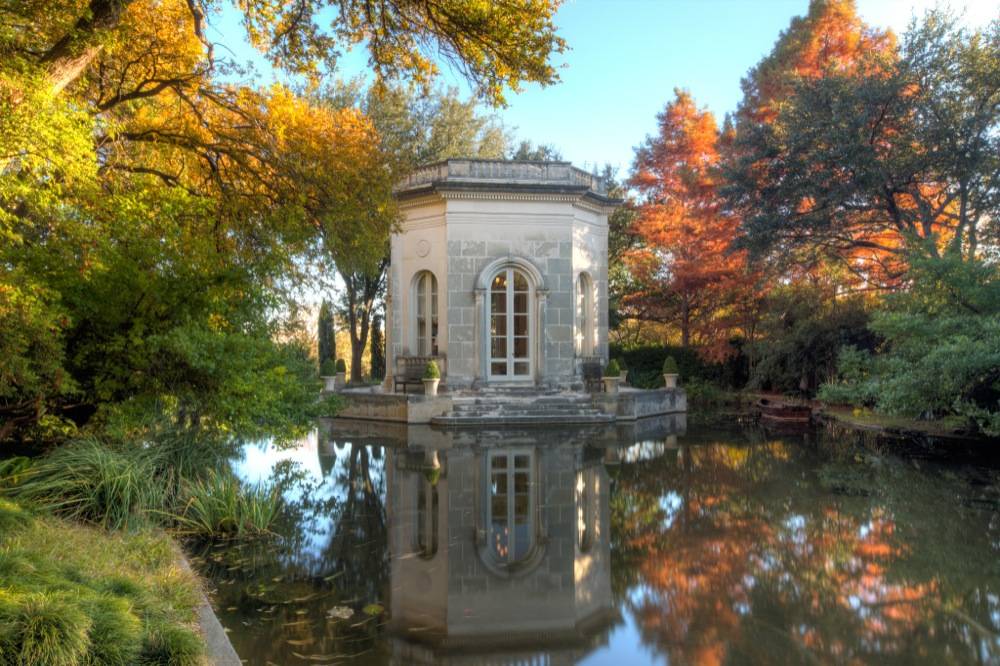 The home—which was extensively renovated by its current owners in 2004—features a slew of upgrades and improvements to all of its vital systems. The estate's pièce de résistance is without a doubt the splendid belvedere—a replica of the original at the Petit Trianon in Versailles—situated behind the property's large koi pond.