Some of New York’s best kept secrets remain hidden in plain sight. Whether that’s the city’s best burger, hidden speakeasy with the best cocktails, or bookshops that seem almost purposefully hidden, sometimes keeping something away from the public to gawk at makes it that much cooler. 22 Bond Street may as well be the real estate equivalent of those points. Hidden behind a giant steel façade, looked to be weathered through time of New York history, this luxury tower is everything but rust-colored. 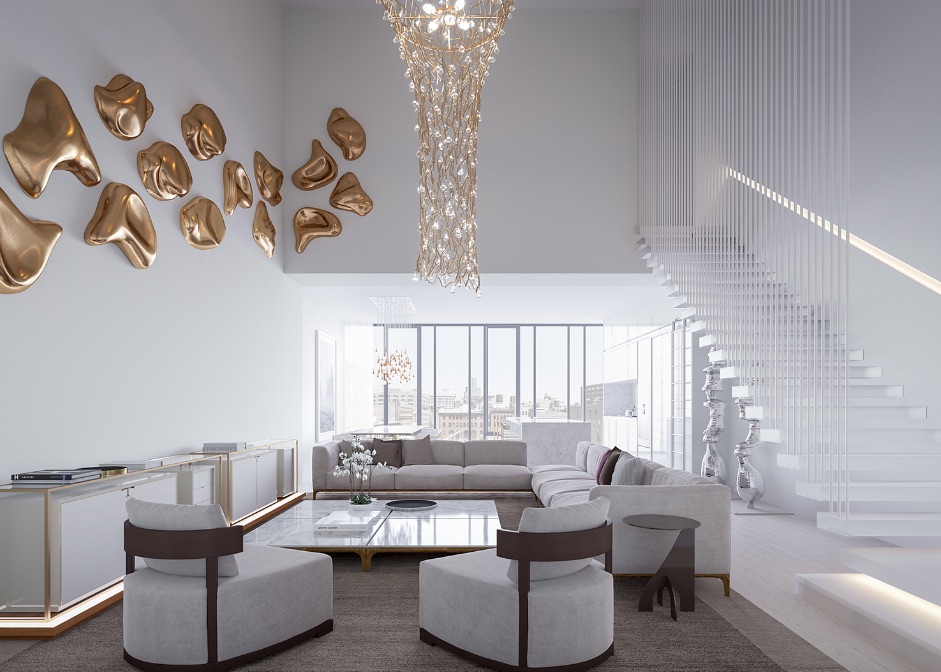 Behind its large privacy wall, 22 Bond offers a unique blend between art and high-end design. The building’s penthouse offers 22-foot high ceilings, private elevators, three bedrooms, 3.1 bathrooms, a custom kitchen decked out with Smallbone of Devizes, and Gaggenau appliances, all over 3,828 square feet. The property is newly listed on the market from Douglas Elliman’s Darren Sukenik for just under $15 million. 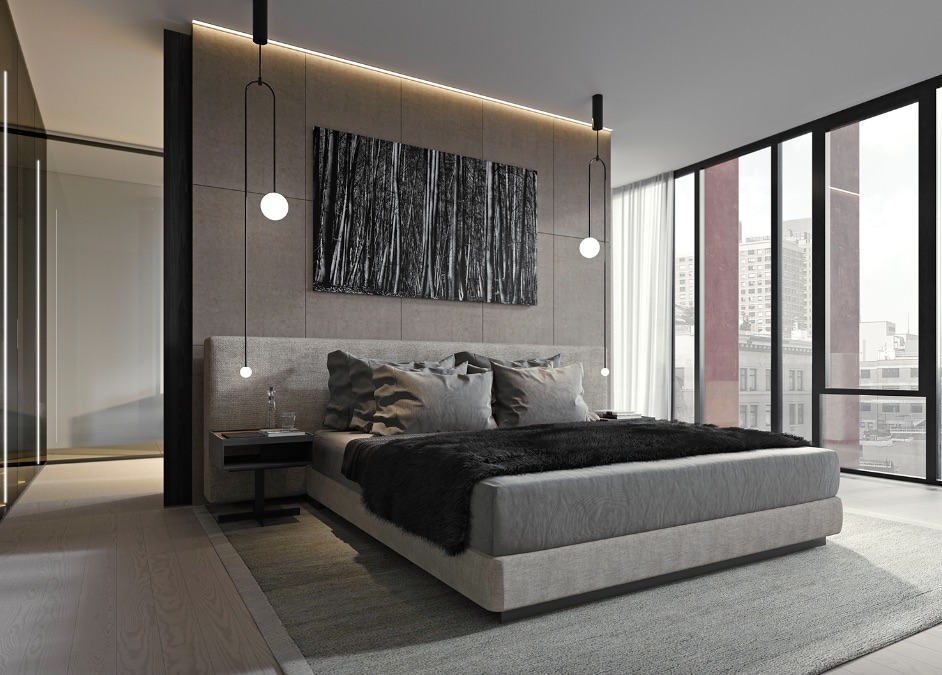 If this penthouse feels more like an art gallery than a home—good. The building’s original intent was to have this be a resident’s private gallery, and its continued to be treated as such, being given the utmost care and attention to detail while filing the space in the building with installations by Federico Uribe and Roy Nachum in the lobby.

While the building and penthouse feel as though one would never want to leave, 22 Bond Street is also a neighborhood like no other in the city. Strattling NoHo, Greenwich Village, SoHo, and NoLita, 22 Bond has everything from great restaurants like ATLA or Mile End, fitness studios like SoulCycle, buzzy bars from the NYU crowd to finer watering holes like ACME, and transit areas at Broadway/Lafayette and Astor Place. For all the ability and range this building has to offer, its no wonder they wanted to keep this space hidden behind steel walls.