Are helicopters yesterday’s Model T? PARAMOUNT Miami Worldcenter developer Dan Kodsi, thinks so and is preparing for the future of urban aviation by making modifications to the rooftop design of the tower in order to accommodate a 5,000-square-foot Skyport atop his new 60-story downtown Miami high-rise.

A veteran developer, with a masters in urban planning and background as a recreational pilot, Kodsi has built more than 6,000 units over the course of his 30-year career. Today, he is readying his state-of-the-art future-forward residential tower which tops off construction this August, with the ability to convert its rooftop into a Skyport for vertical takeoff and landing (VTOL) aircraft, also known as passenger drones, or what some may call “flying cars.”

“The future of transportation is here within the next 10 to 15 years and urban aviation is closer to reality than you might expect. The flying vehicles will use airspace to alleviate transportation congestion and traffic on the ground for quicker daily commutes, and cleaner air around the world. These vehicles are more like a helicopter, but much quieter, run electronically and are environmentally friendly,” said developer Dan Kodsi. “PARAMOUNT Miami Worldcenter prides itself on its amenities and high-tech features. While the industry still has many regulatory hurdles to clear, we are excited to be at the forefront of urban aviation with what can one day be the first residential Skyport in Miami.” 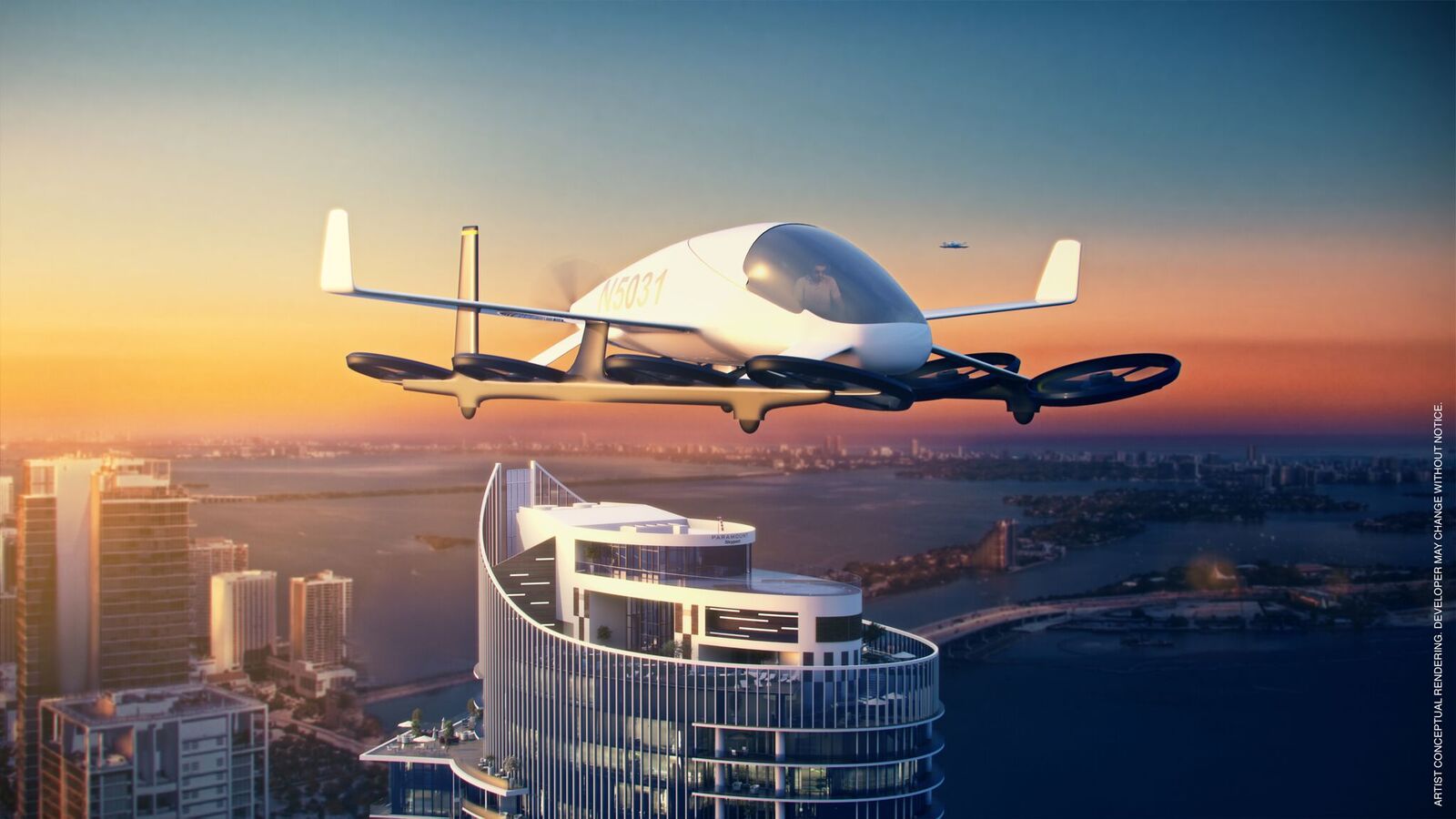 One day, PARAMOUNT Miami Worldcenter residents could seamlessly ride a sleek glass elevator up to the luxury tower’s private rooftop, where they could be picked up or dropped off by on-demand aircraft.

“Imagine traveling from Miami to Palm Beach—a drive that takes the better part of two hours—in about 30 minutes. That stop-and-go traffic to the suburbs could become a burden of the past for PARAMOUNT residents,” said Kodsi.

Ever since UBER Elevate announced it would begin testing its urban air taxis in Dallas-Fort Worth, Los Angeles and Dubai in 2020, a galactic style race erupted from tech, aircraft manufacturers and automakers both domestic and international to develop flying cars. Including the German developers of Volocopter and Lillium, Airbus’s Vahana, the Chinese developers of Ehang 184 and Terrafugia, Google’s Kitty Hawk Flyer and Workhorse Surefly.