The day kicked off with the "Next Generation of Power" panel moderated by Daniel de la Vega, president of ONE Sotheby’s International Realty. Senada Adzem (Douglas Elliman), Oren Alexander (Douglas Elliman), Julian Cohen (Julian Cohen Group), Danny Hertzberg (The Jills), Tony Rodriguez (Prestige Realty Group) and Nathan Zeder (EWM Realty International) all sat on the panel and gave cutting-edge insight on the real estate industry and their experiences in paving the way for their own future success. The panelists discussed the techniques of bringing in international buyers and conquering cultural differences, but also stressed the importance of the local buyer. Within the next 12 years, many of the panelists agreed that this would be the most important buyer in Miami. Following the panel, the Haute Residence co-founder Seth Semilof presented Richard LeFrak with this year's "Visionary Developer Award." Associate Camille Douglas accepted the award on the developer's behalf, who could not be present for the event.

"Miami is no longer a market of boom and bust. We have moved into a sustainable market where normal cyclical behavior is the norm. Don't believe the hype, we are in a very good market," assured CEO of Douglas Elliman Florida Jay Parker. The discussion also fell on the importance of social media. "From a marketing standpoint, the Internet is our greatest friend," noted Phil Spiegelman.

While Alicia Cervera agreed on the immense impact of social media in today's real estate market, she also stressed the importance of maintaining face-to-face relationships and taking chances on a client. "Without a person to get to the finish line, the finish line is not as much fun and the chance of success is much lower," she said. "And don't be afraid to embrace the yes, a person who says both yes and no and takes that chance is what differentiates the great agent from the mediocre." The third panel included Miami's top developers and undoubtedly some of the most important people that can be attributed to shaping the city of Miami and transforming it into the remarkable place that it is today: Ugo Colombo (CMC Group), Edgardo Defortuna (Fortune International Group), Gil Dezer (Dezer Development), Camille Douglas (Lefrak Organization), Russell Galbut (Crescent Heights) and Carlos Rosso (Related Group). Each of these visionary developers have played a part in creating Miami's top luxurious real estate that attracts millions of people from all over the world. Political strategist and consultant Seth Gordon moderated the discussion, picking the brains of the panelists and finding out what was in store for the city. The unanimous agreement seemed to fall in the fact that development in Miami was heading North and leaning toward further urbanization. At the end of the discussion, Haute Residence co-founder Kamal Hotchandani presented the Lifetime Achievement Award to the development visionary extraordinaire, Jorge Pérez of The Related Group. Upon accepting this prestigious award, Pérez ended the discussion with some uplifting words regarding his take on the future of Miami.

“History repeats itself and it will repeat itself in Miami," the developer said. "In every slow down and every recession we’ve had, the pricing always goes back up, and when it does, it is bigger than the previous slow down. Therefore, real estate has shown a greater increase in value than any other investment you can make in Florida. It is safe, and we are in an international city without the problems of being in South American cities––thus, money will continue to come to Miami. I am greatly optimistic about Miami. I think it’s destined to be together with L.A. and New York as the great international cities of this country in the future.” The final panel put all the pieces of the puzzle together by bringing forth Miami's visionary designers––a key component of what goes into making Miami real estate so desirable. Iran Issa Khan moderated the discussion, a renowned photographer and great friend of the recently deceased design icon Zaha Hadid. Panelists included Miami's top design experts: Jeremy Gauger (Arquitectonica GEO), Diane Paparo (Diane Paparo Associates), Sam Robin (Sam Robin Inc.), world-class Italian architect and designer Piero Lissoni (Lissoni Associati), and Marita Stavrou (Marita Stavrou Inc.). A key point that the designers agreed on was moving toward the trend of "bringing the outside inside" and incorporating natural and organic elements of design into the interior. They all stressed the point of making sure everything is integrated: the outside elements, the inside elements, and key communication between both the brokers and the developers on working together to make the final product exceptional. At the end of the discussion, Haute Residence co-founder Seth Semilof presented the Zaha Hadid 'Visionary in Design' award to Piero Lissoni. After the last panel, the networking event moved upstairs, where 1 Hotel & Homes hosted an after party in one of its breathtaking oceanfront penthouse suites. 50 Bleu partnered in the affair, offering refreshing cocktails that paired perfectly with light bites provided by the hotel for guests to enjoy and finish off a successful day of powerful discussion and insight. 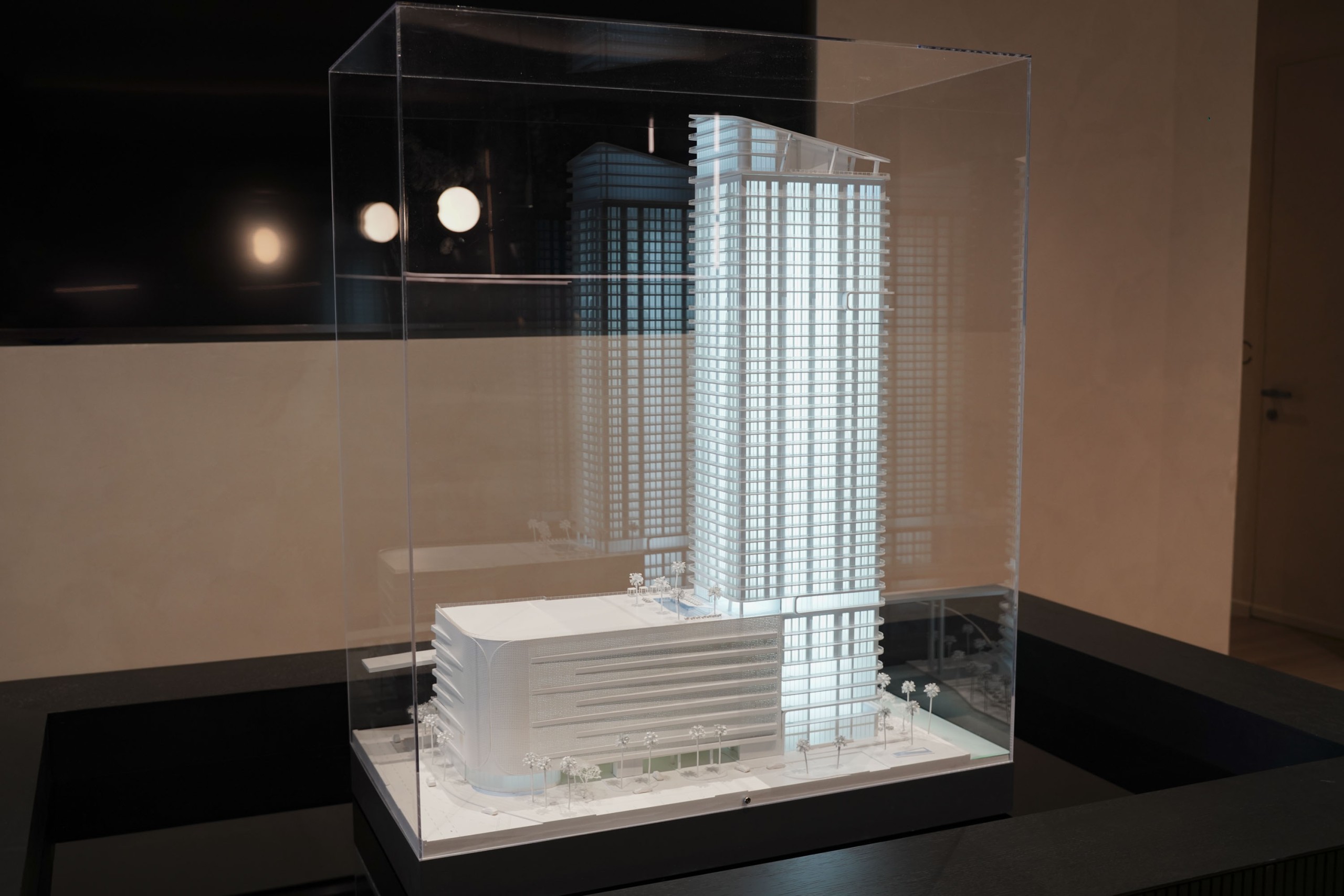